A public argument breaks out between several men on the topic of opiates. One, a physician, calls for greater restrictions on prescriptions to curb their misuse, while another, a pharmacist, doubts that banning one drug will do any good since people will just find something else to abuse. He accuses the doctor of ulterior motives, such as charging patients for multiple visits in order to get prescriptions. The doctor responds saying that in fact it is the pharmacist who is concerned with money, since he is apt to lose sales if the medications are not as accessible. 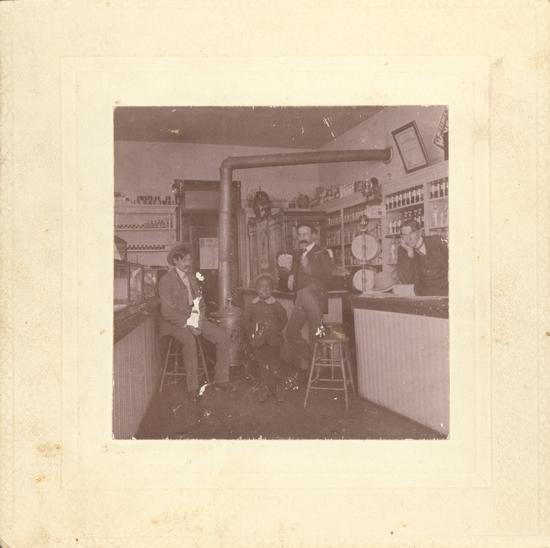 The doctor continues emphatically, “Is it possible that there are persons who will have the boldness to subordinate the public [welfare] to private gain?” Or to political party allegiance, after all, addiction could happen to anyone regardless of party — “How then can it be a party question? How can the Democratic or any other party be injured by seeking to suppress this evil?”

A third man enters the fray, anonymous, but purporting to be a doctor as well. He says the restrictions are an attack on the poor who would have to pay more for doctor visits, this bill will make it harder for those who legitimately need the medication to get it. It is also an attack on the freedom and liberty of Americans, who should be able to put what they wish into their body without a doctor’s permission.

This may sound like something you might have come across on your Facebook feed in recent years but this exchange comes from the pages of the Richmond Daily Dispatch in the early months of 1884. Members of the public were debating a bill recently introduced to the Virginia General Assembly that would place restrictions on the sale of medication containing opium and other narcotics.

In 1884 America was in the midst of an opiate epidemic that began roughly at the close of the Civil War and peaked around 1895. Drugs, medicinal and recreational, derived from the poppy plant have a very long history and the technological advances of isolating morphine from opium in the early 1800s and the invention of the hypodermic needle in the 1850s situated morphine to be the pain reliever of choice for many veterans of the Civil War. Besides morphine and opium pills, many other medicinal mixtures contained opium, including laudanum (a mixture of opium and alcohol that was popular with women), and paregoric (a tincture that was common for treating diarrhea in children).

As David T. Courtwright, author of Dark Paradise: A History of Opiate Addiction in America notes, “What we think about addiction very much depends on who is addicted.” By the 1880s, more women (including many middle and upper class white women) than men were addicted to opium, which may have spurred on the amount of states that began passing restrictions between 1895 to 1915 on the sale of products containing opium.

The bill introduced to the Virginia General Assembly in January 1884 came from Dr. Thomas M. Dunn, a representative from Albemarle, who as a surgeon during the Civil War would have had plenty of experience with morphine. The bill was designed to make medicines with high opium content harder to get, restricting their over-the-counter use by requiring a doctor’s prescription without refills, and by requiring pharmacists to keep a register of who bought narcotics, when, and in what amount. As we can see, the public’s thoughts on the topic were not unanimous and the bill did not pass. However, many of the same lines of argument reappeared in the 21st century as America started to deal with another opioid epidemic.

Although written more than a 100 years apart, the 1884 letters to the editor (which are linked below) are very similar to many of the 21st century arguments. Discussions of prescription databases, the side effects of prohibition, the personal choices involved in taking addicting drugs, and the level of blame that should be placed on doctors and drug manufacturers are all present in Beth Macy’s book regarding the opioid epidemic Dopesick: Dealers, Doctors, and The Drug Company that Addicted America. 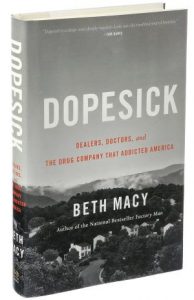 Whether you’ve read the book recently or a while ago, are planning to tune into the new Hulu show, or are just interested in Virginia History, please join our virtual book club for a great discussion of Beth Macy’s Dopesick on Tuesday, October 19th at 6 p.m. Registration is free but required.