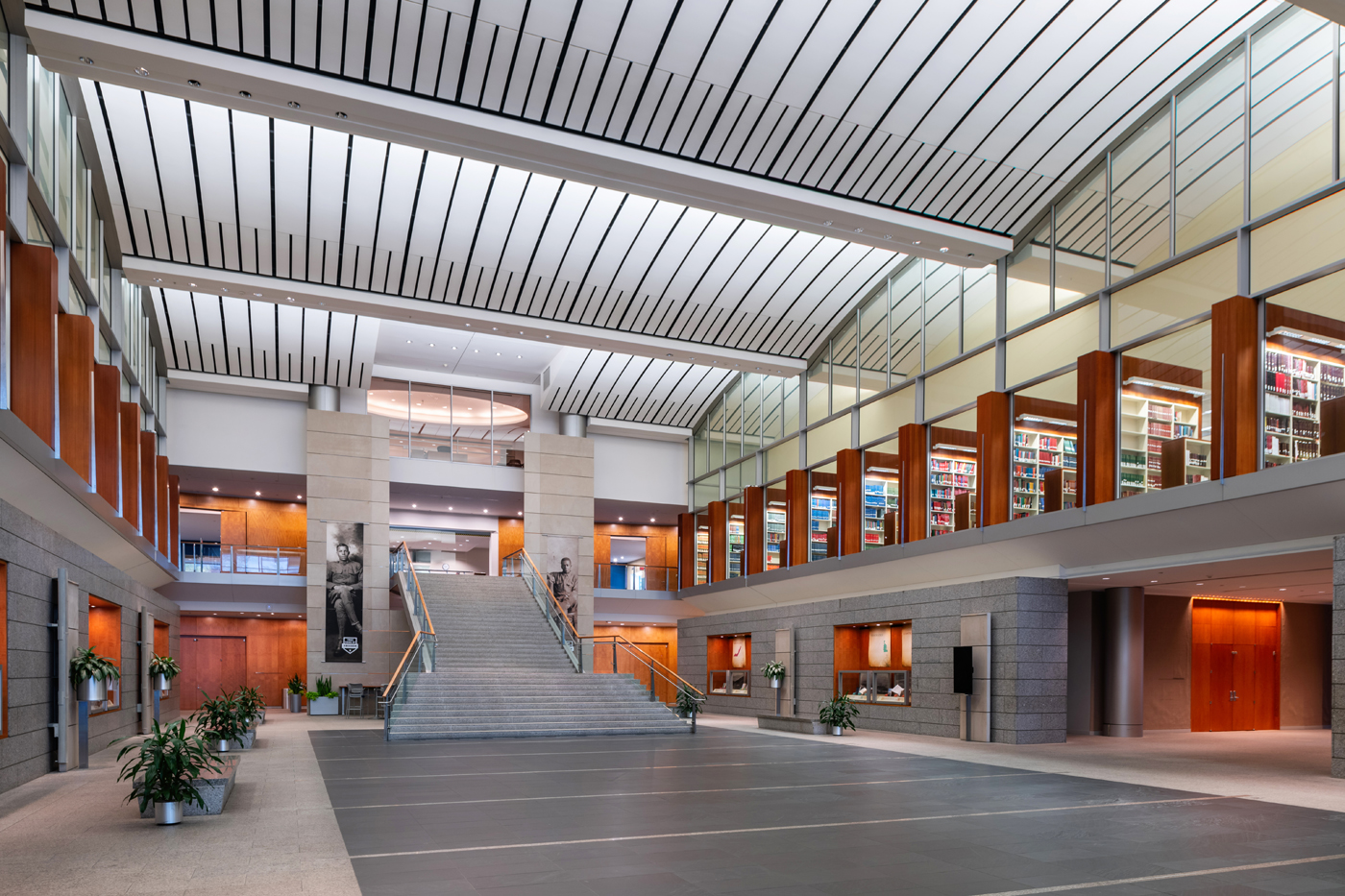 “I’m a history nerd who brings Virginia history to the Internet” : 7 Questions with Jessi Bennett

By Vince BrooksMarch 21, 2022No Comments

This blog entry is the latest in a series introducing LVA employees and exploring what they do day-to-day. If you are interested in what goes on behind the scenes, entries in this series are collected under the tag 7 Questions. Other entries discussing the internal work of the Library of Virginia are filed under our new category “The Stacks” . 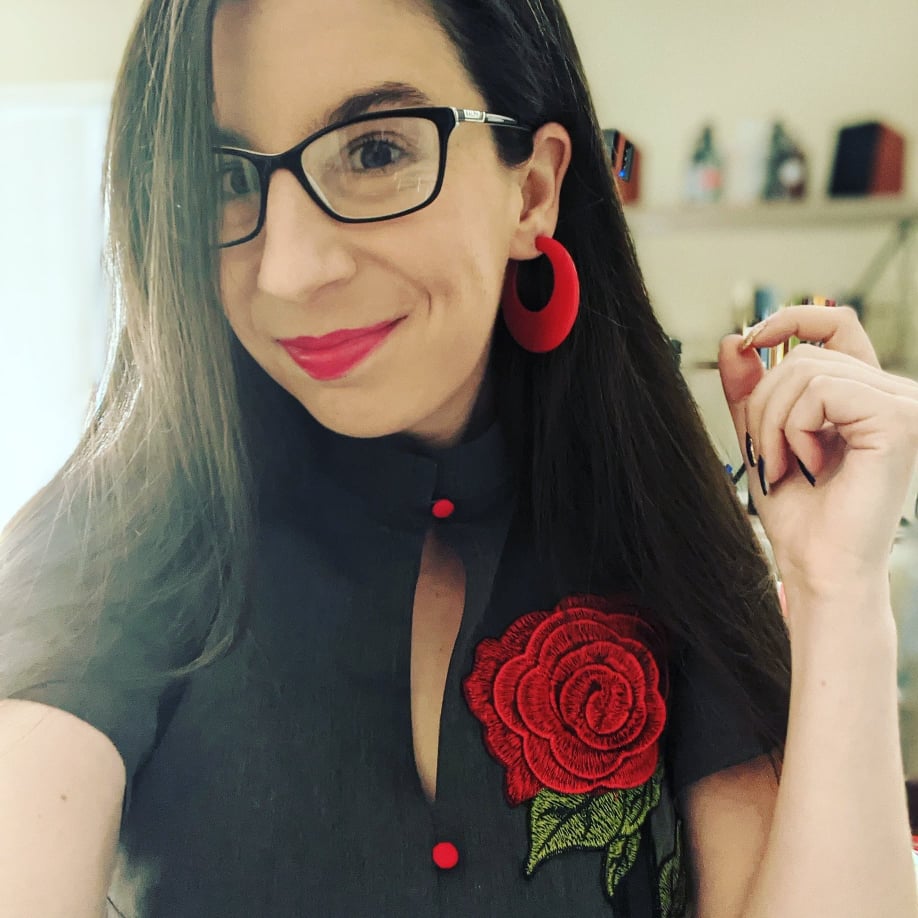 I spent the first twenty some years of my life in South Jersey where we don’t have “libraries,” we have “lieberries,” much to the chagrin of anyone who has ever interviewed me for a job in this field. I graduated from Rutgers University, spent a year in South Texas, and then moved to Boston for grad school. While there I met my husband, graduated from Simmons University with a MLIS and a Master’s in History, and worked short-term/part-time (mostly grant-funded) jobs in a variety of archives and libraries including: Tufts, Northeastern, MIT, Bay State College, the United States Attorney’s Office of Massachusetts, and the American Academy of Arts and Sciences. In 2016, we moved to Richmond where I got a job as Special Collections Librarian at Virginia Union University before moving over here to LVA in 2018.

Sometimes I say I’m a digital archivist, sometimes I just say I work in a library and let people draw their own conclusions. But more often than not, I find it easiest just to list some of the projects I work on, which include the Virginia Digital Yearbook Collection, Transcribe, the Virginia Open Data Portal, and this very blog. I’m a history nerd who brings Virginia history to the Internet in a variety of ways.

This is my first position here but it will not be my last ….*evil laughter*

Without technology, my specific job would not exist. My very first job in an archive was putting pages through a document scanner for eight hours a day. Even so, there is actually only the tiniest portion of archives available online. In some ways the Internet has made things more accessible; in other ways, it has made them harder to find because people sometimes make the assumption that if they can’t find it online it doesn’t exist. There is a lot more behind-the-scenes work that has to occur other than just scanning something and hoping Google tells people it is there. For one thing, Google has to be told what to look for and where to look (and it often doesn’t like to look inside institutional digital collections). Technology is also always changing. Media formats and the programs that allow them to be used evolve. Each time this happens, a digital archive has to “migrate” itself to stay accessible and if the record types and software are owned by private companies, it can be hard to guarantee you will be able to keep them working after the company is gone. Paper, however, if probably stored, can continue to be readable for hundreds of years.

Whenever I get to look through a collection and find something interesting that sends me down a nerdy rabbit-hole. My phone is just full of pictures of random things I find. Like the newspaper article mention of “snakey noodles” that inspired this Twitter thread, a hand-drawn picture of a hat a young boy sent Governor Wilder hoping he knew where to buy one, the 1956 Miller and Rhoads Christmas catalog, or a great yearbook. I would like to nominate the years 1974-1975 as the pinnacle of high school yearbooks, at least in Virginia. If you don’t believe me, you have to check out my absolute favorite which is The Arrowhead of 1975 from J. J. Kelly High School. The senior pictures…the hair, the clothes, the colors, the settings, the guy with the stop sign…perfection.

All through high school and college I worked as an aide in the preschool/daycare center run by my childhood church. A lot of fun paper crafts, a lot of gross bodily fluids. The first year was the worst because I was only about two years older than some of the after-school-care kids, who I had been in the same school with just the year before. Needless to say I did not get any respect and had a lot of balls thrown at me instead. But by the eighth year I had given myself the title “Head Aide,” which for some reason my boss kept pronouncing “Head Ache.”

I’ve lived in four states and have been called to jury duty in every single one.

I mostly have “normal” hobbies like reading, baking, and making crafts, but I do have an obsession with British panel shows. I also like to spend some of my free time uploading pictures to FindaGrave.com. I prefer pictures of people to graves, so I scour old books in the public domain, do some genealogical detective work, and then attach the portraits to the grave profiles. At the moment I’ve added over 1,300 photos. There is nothing better than getting a message from someone who is so excited to see a picture of their great-grandfather for the first time.