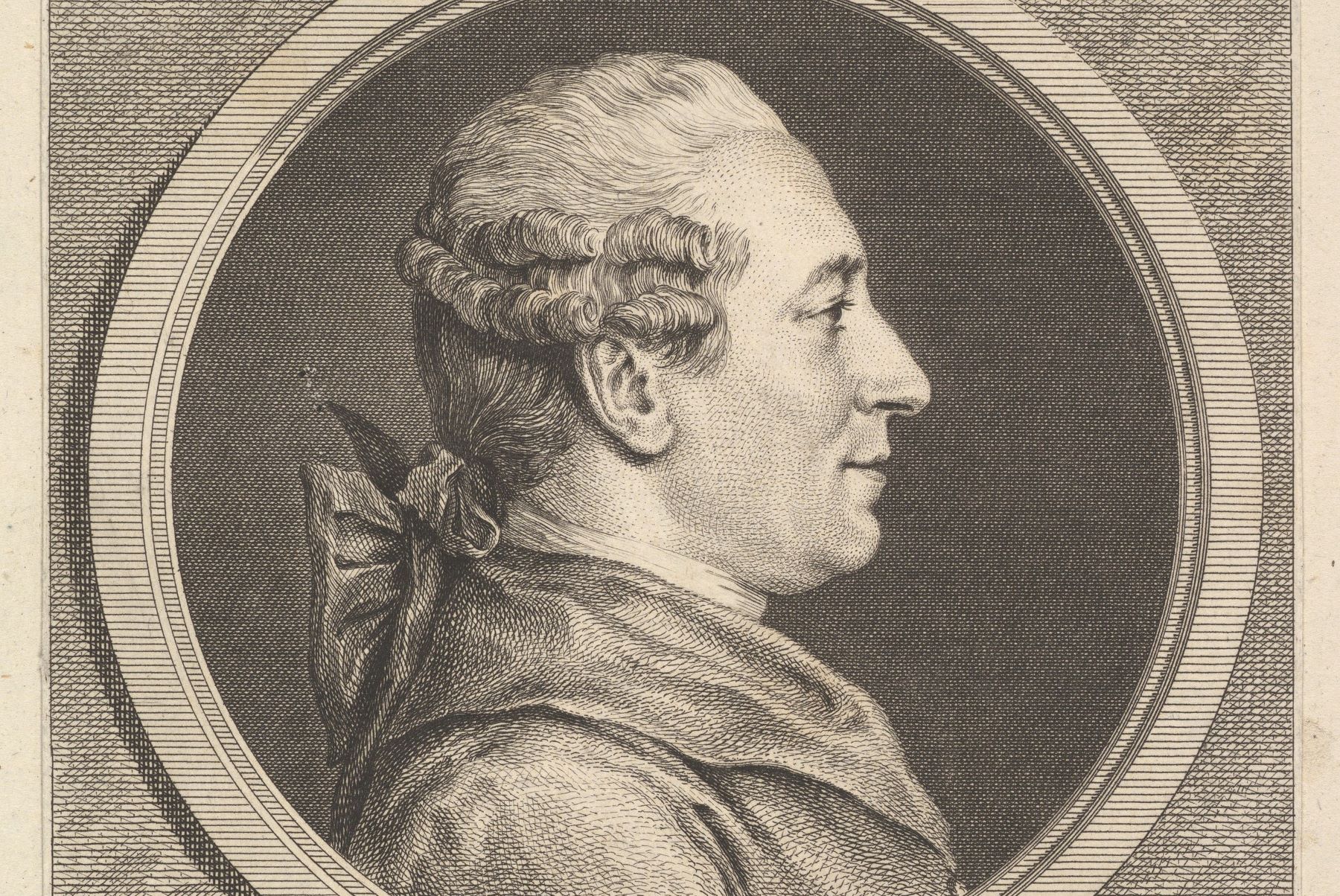 Guns, Ships, and Petitions for Payment

The partnership between the French and the Continental Army during the American Revolution has been long celebrated and venerated. A prime example is the Marquis de Lafayette who became a national hero, drawing crowds on national tours decades later, with cities and streets named for him across the country. Others were not so lucky in their collaborative efforts, one of them being Pierre-Augustin Caron de Beaumarchais. A Renaissance man in his own right, Beaumarchais is better known for leading spy rings for the King of France and writing works like The Marriage of Figaro and The Barber of Seville, not for his arms-dealing with the government of Virginia.

During the American Revolution, France initially sought to support the colonists without openly drawing the attention and the wrath of Great Britain. In order to get supplies to the colonies, the French government enlisted Beaumarchais to transport goods without directly implicating them in the conflict. The subterfuge was conducted under a shell company, Roderigue Hortalez, and Beaumarchais purchased a ship he renamed Le Fier Rodrigue to transport the supplies. In 1778, the ship landed at Yorktown and both the vessel and its cargo were purchased by William Armistead, the Virginia Commissary General. Initially, Beaumarchais, through his agent, was paid in tobacco and interest-bearing certificates. 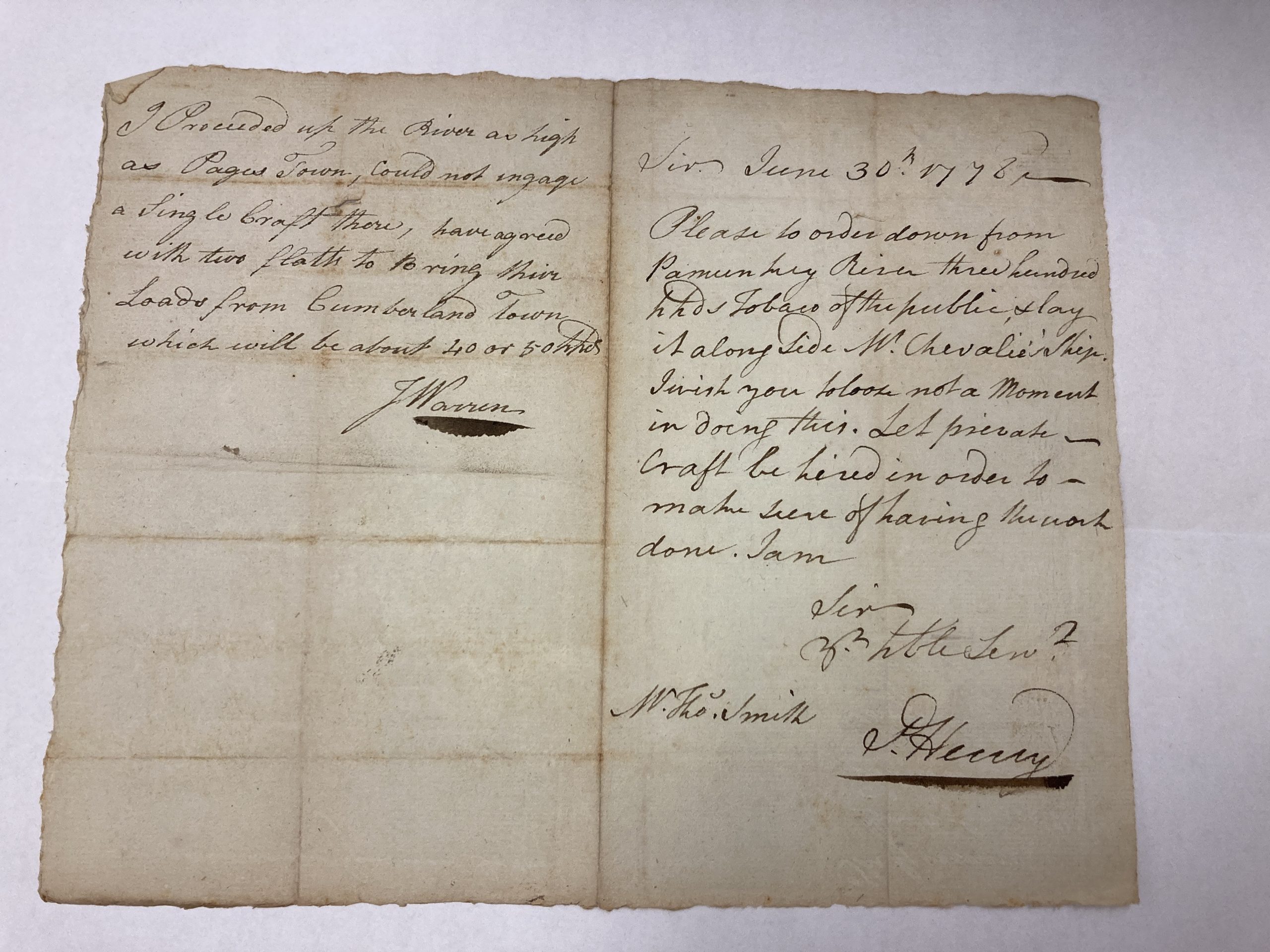 An order from Governor Patrick Henry for 300 “hogsheads” of tobacco to be delivered to the ship as payment.

At the beginning this seemed like a fair deal, but it soon turned sour for Beaumarchais. In a slightly prophetic turn of events, some of the tobacco Beaumarchais had been paid with had to be burned because it was rotten. Not long after, the interest-bearing certificates started losing their value due to inflation. They ended up being worth significantly less than their original value. While the exchanges continued for several more years during the war, including at one point the sale of a cannon, the relationship continued to deteriorate when Beaumarchais began to petition for payment equal to the goods he sold. 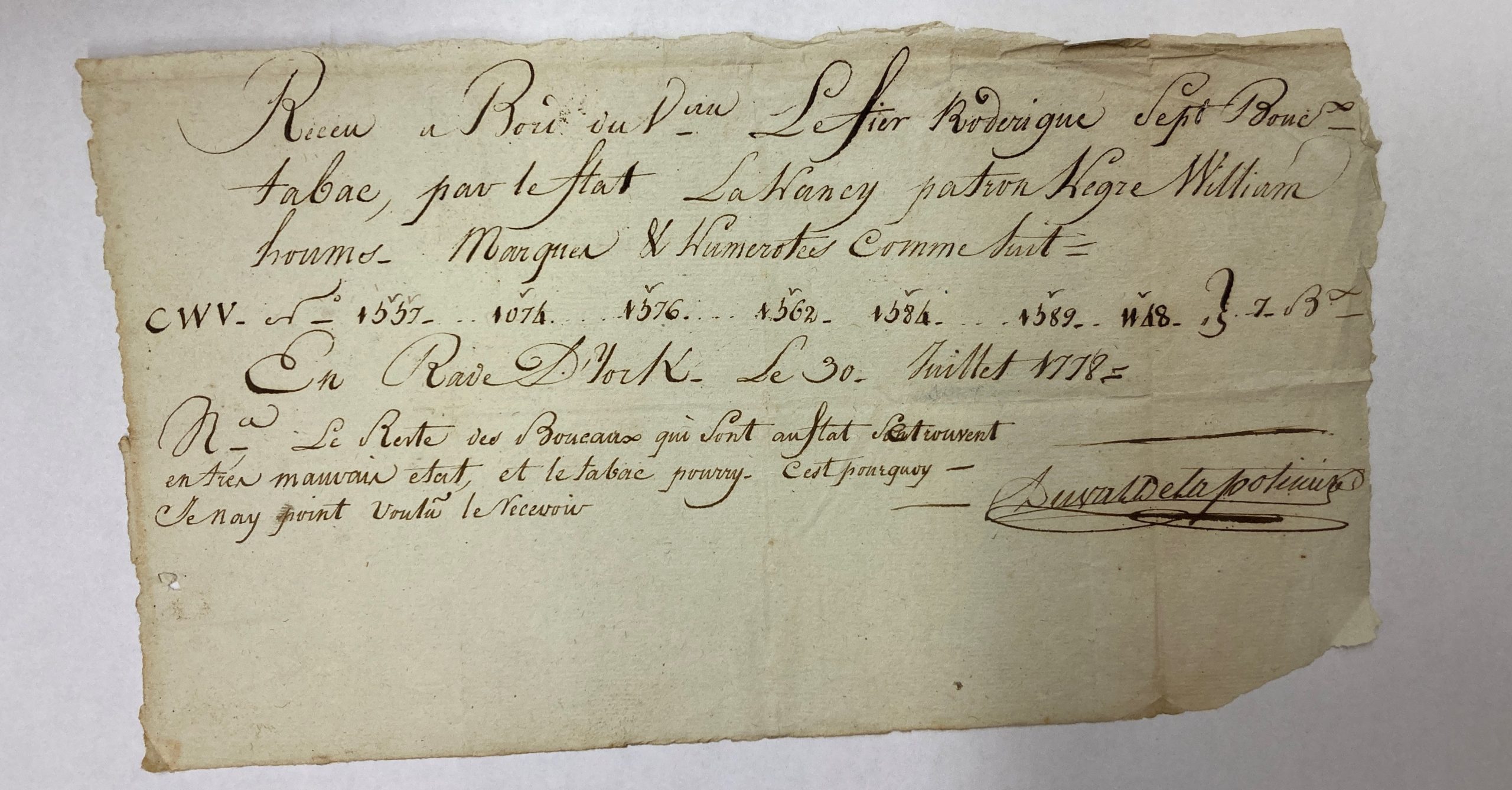 A receipt for tobacco that was received onboard Le Fier Rodrigue, with a note at the bottom informing the recipient that some of the tobacco was rotten and not taken onboard.

The conflict continued even after Beaumarchais died in 1799, only now in the name of his estate and daughter. Finally in 1803 a judgment was made in the Virginia Courts in favor of Beaumarchais. The General Assembly agreed to pay the estate, with interest, as well as cover the costs of the lawsuit. In total, the state ended up paying around $36,655 to the estate and the matter was settled in 1804 with documents acknowledging payment to the heirs.

This saga is documented in our archival collection, the Pierre Augustin Caron de Beaumarchais Records. Various legislative petitions associated with the matter can be viewed online as part of the Legislative Petitions, 1776-1865 Collection. 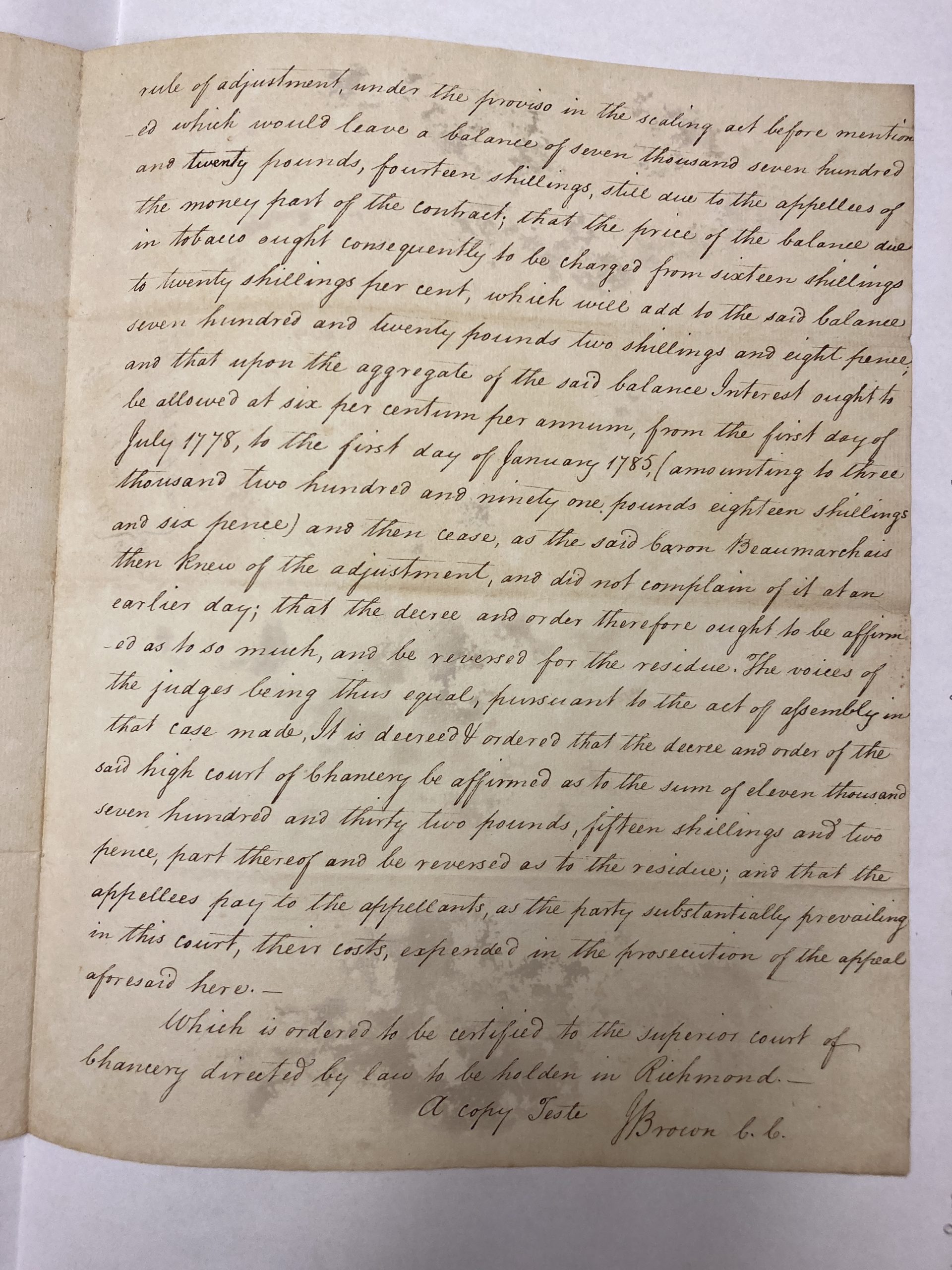 A summary of the judgment in the case between the Beaumarchais estate and the state of Virginia.