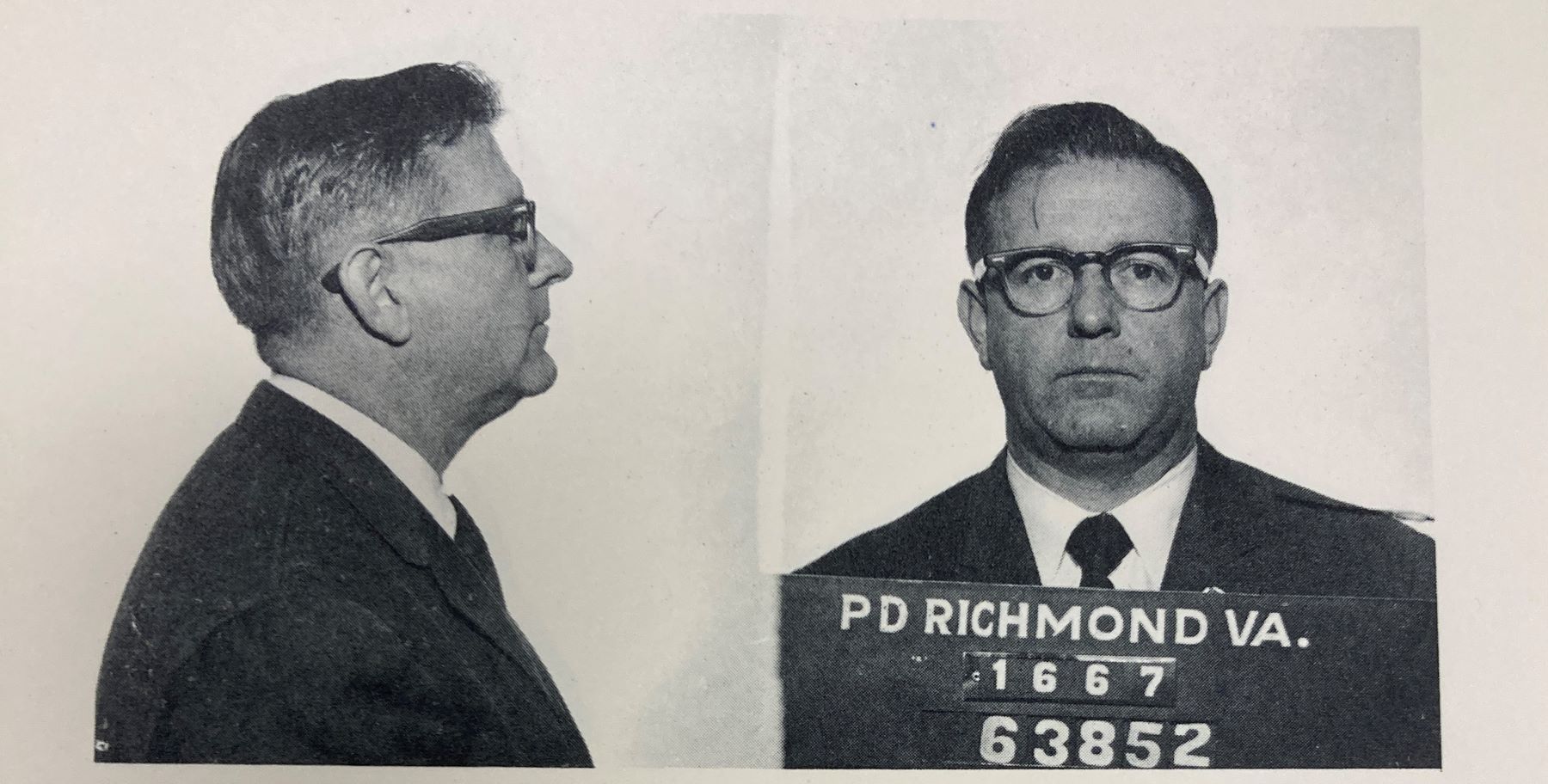 By Emeline AlexanderSeptember 7, 2022No Comments

What happens when a public record goes missing? Throughout the years, records have disappeared, usually as a result of wartime raids or through the acts of unscrupulous characters going into a courthouse or archive. Those that take the records, and the people who later purchase them, claim them as their own personal and private property. However, under the Virginia Public Records Act, public records never cease being public records until they are destroyed, and public records can’t be sold or given away. In order to get these wayward records back, the state initiates a process known as replevin. Replevin is a legal remedy through which property is returned after being unlawfully obtained. It is through this procedure that the Library of Virginia has been able to retrieve state property with varying degrees of success, publicity, and subterfuge. 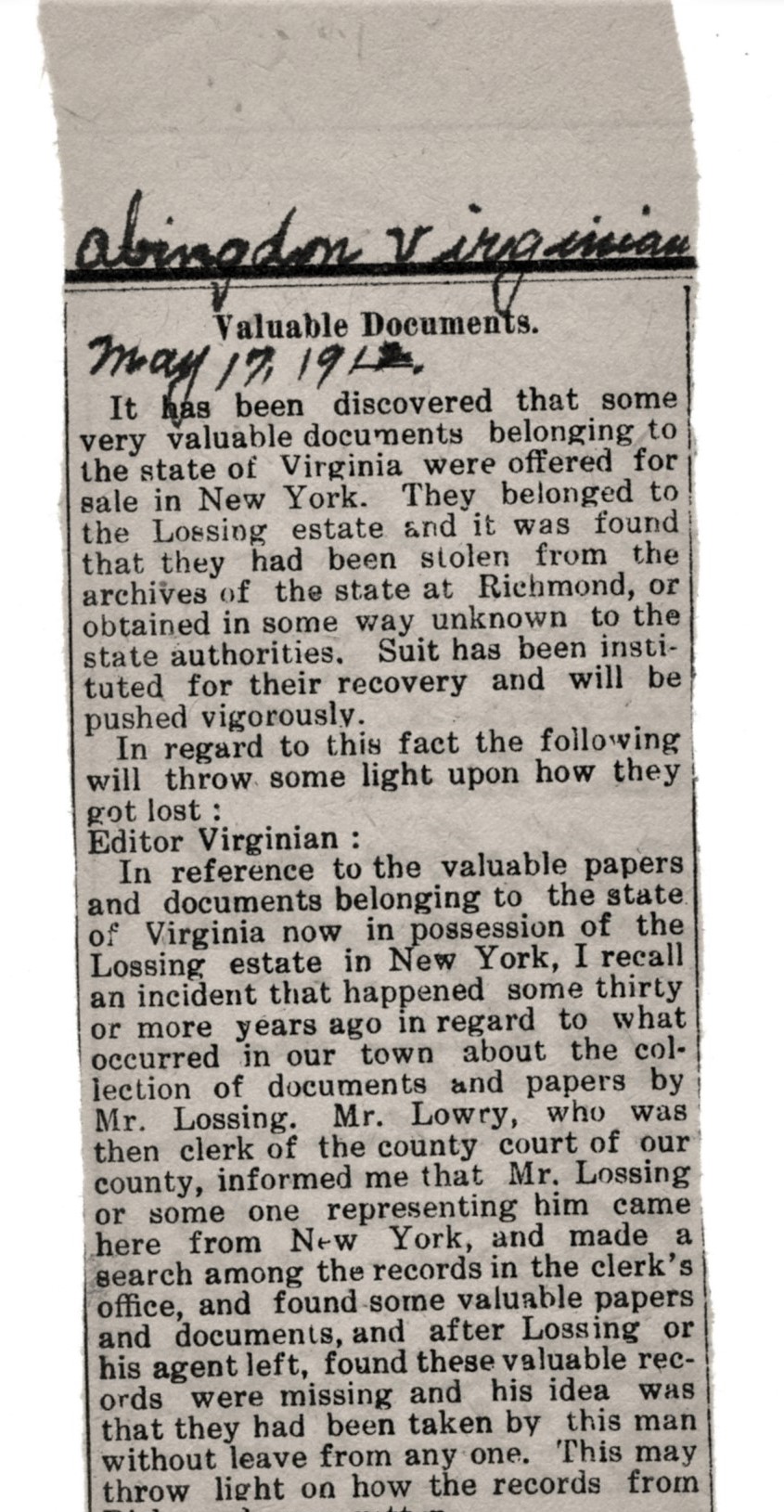 Article, 17 May 1912, from the ABINGDON VIRGINIAN on the Benson Lossing replevin ordeal and how some of the records may have gone missing.

One of the first cases documented in our archive features the LVA (then the Virginia State Library) against the Benson Lossing estate. Lossing was a popular historian of American history and had amassed a number of manuscripts and documents over the years for his personal collection. In 1912, years after his death, his heirs contracted with the Anderson Auction Company to sell off the extensive collection of items including letters from George Washington, Lafayette, Rochambeau, and documents from Virginia when it was a colony. How Lossing came to be in possession of these records is somewhat of a mystery, although one individual claimed he simply walked into the local courthouse, went through the records, took what was valuable, and left.

Virginia Governor William Mann wrote to the auction house to claim the manuscripts, and they were promptly pulled from the auction so the state could review the items in question. Initially, the estate proposed dividing the documents between the state of Virginia and the Lossing heirs, or alternatively the state could pay $4,000 for all of them. Governor Mann refused this proposal and directed the Attorney General to bring suit for the recovery. Fortunately the attorneys in New York were able to settle the issue before it came to court, saving both parties time and money. Ultimately the heirs were paid $750 for preserving the papers and the costs for advertising them, but not for the manuscripts themselves.

This occurred simultaneously with the case against John Pierpont Morgan, who had inherited Martha Washington’s will from his father. The will had been stolen from the Fairfax County Courthouse in 1862. In 1914, Attorney General John Garland Pollard began proceedings against Morgan. The matter was then settled out of court with a swift return of the will.

Another arguably more convoluted case involved the Journal of the Virginia Convention of May 1776. An important piece of Virginia history, the manuscript is believed to have been stolen during Benedict Arnold’s raid on Richmond in 1780. About a century and a half later, it was in the hands of James L. Hook, a rare books dealer from Pennsylvania. Hook initially offered it to the Library for an exorbitant sum, but refused to let Library officials inspect it before purchase. An invested citizen, Lee Carter Boone, contacted state officials several times, urging them to seize the book. She had been told by Hook that he would burn the manuscript if Virginia attempted a suit against him to try and retrieve the book. She then arranged for Scribner’s to acquire and auction the book in an attempt to have it returned to the state, similar to the Lossing papers. Scribners tried to sell it for $25,000, a sum which was rejected by the Library and Colonial Williamsburg, and the manuscript was returned to Hook.

Several months went by and in the spring of 1942, Colonial Williamsburg gained possession of the manuscript after it was offered to them by Hook at a lower price. They then brought it to the Library for appraisal as to whether or not it was the original, at which point it was determined to be the original journal and then claimed by the state with the approval of Colonial Williamsburg. The matter was finally settled when the Library Board, after some argument, agreed to pay Hook $500 for care and preservation of the manuscript while it was in his possession. 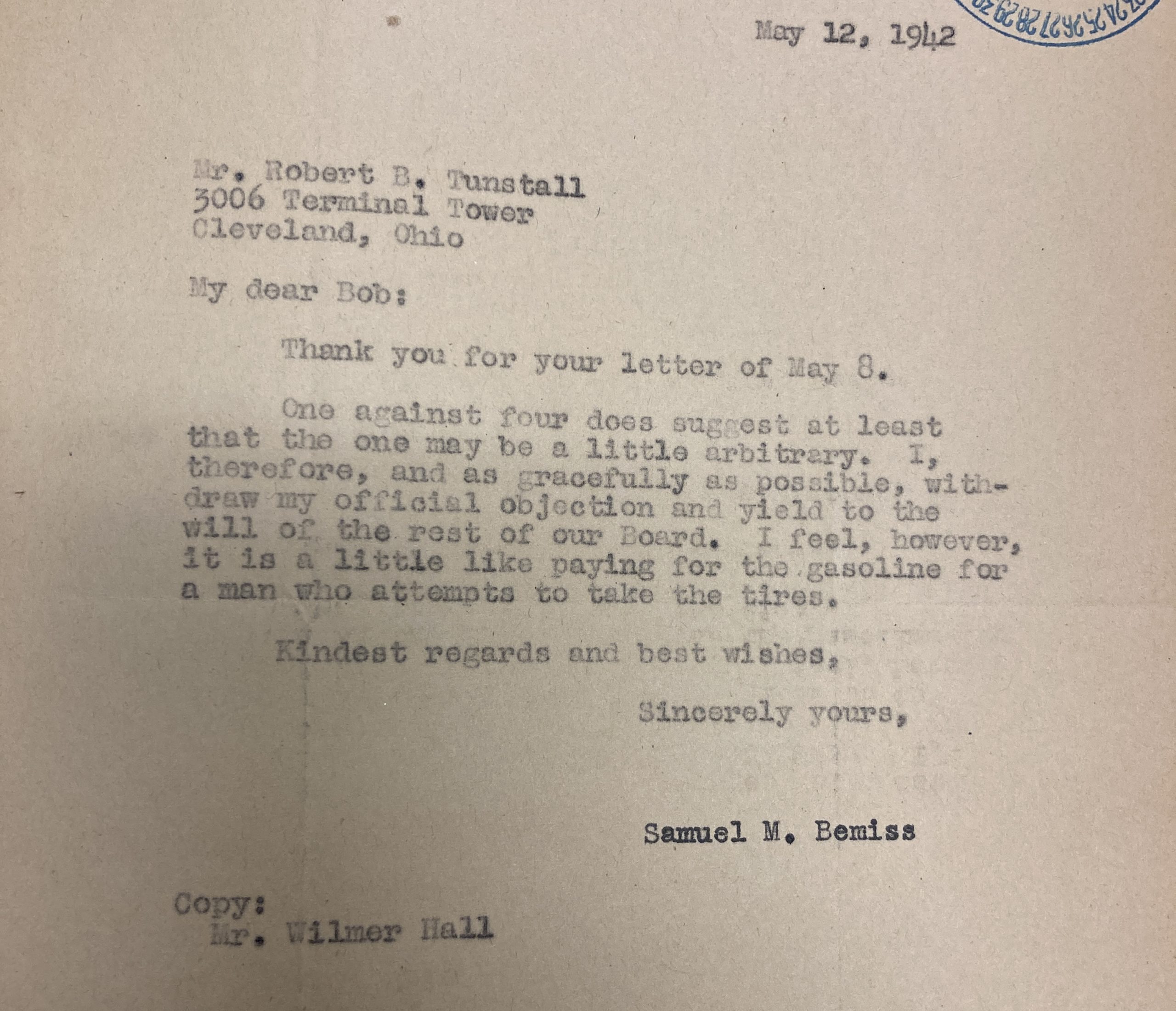 Letter, 12 May 1942, from Virginia State Library Board member Samuel Bemiss, withdrawing his objection for compensating dealer James Hook for his care and preservation of the Journal of the Virginia Convention of May 1776.

Sometimes the case involved people who stole records straight from the Library’s reading room. From 1969 to 1972, dental student Larry Vass conducted research at the Library, looking into the postal history of Virginia. In November 1971, Vass sold fifty stamped letters and twenty stampless letters to Robert Mayo, the director of the Valentine Museum. Over the next two months, Vass continued to sell letters including ones from Thomas Jefferson, James Madison, and Benjamin Franklin for thousands of dollars.

At this point, Mayo had become suspicious of the ownership of the documents and contacted Dr. Louis Manarin, the State Archivist at the time. Manarin and recently-retired State Librarian Randolph Church determined that the documents belonged to the Library, and a police investigation commenced. Mrs. Vass, when confronted by the police, waived her rights and consented to a search of her house which led the authorities to a suitcase full of documents containing state and county records. Larry Vass was arrested and charged with grand larceny for the theft of the documents and his trial commenced on 13 November 1972 in the Circuit Court of Henrico County. Vass argued that he purchased the documents near Lexington from an antique dealer. However, when called to the stand, the dealer denied ever having possession of the documents. After the three-day trial, the jury found Vass guilty of a felony and fined him $1,000 plus court costs. His conviction was later upheld by an opinion of Justice George M. Cochran on 22 April 1974.

These are but some of the replevin cases the Library of Virginia has participated in over the years! To see what else the archive has, a finding aid detailing the collections dealing with replevin can be found here.

A mugshot of Wilfred Marty, who was arrested in for attempting to steal two “valuable Confederate volumes” from the Virginia State Library (now the Library of Virginia) in 1964.

The “art and mystery of [Black] cabinetmaking”

“That the Oppressed May Go Free” : A Petition to the Virginia General Assembly for Religious Freedom

“Descendants of a Woman of Indian Extraction”: The Story of Rachel Findley