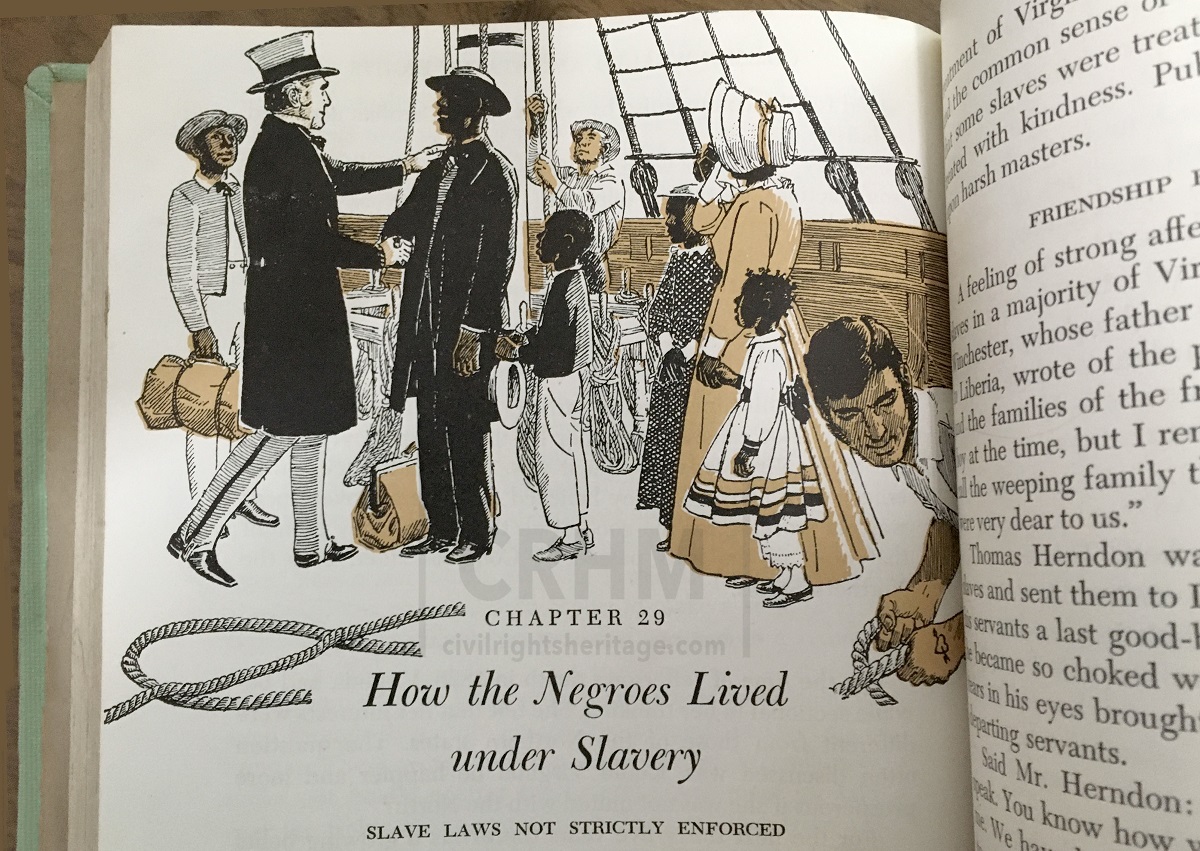 By Greg CrawfordSeptember 14, 2022No Comments

During the early 20th century, the Lost Cause mythology had firmly taken root in the South. One of its most vocal advocates was Mildred “Millie” Lewis Rutherford of Athens, Georgia. She served as historian of the United Daughters of the Confederacy from 1911 to 1916. Rutherford gained notoriety for her fiery defense of the South against those who she perceived to be intentionally misrepresenting its culture and history.

She especially directed her indignation at authors of history textbooks. According to Rutherford, the history texts that children in the South were studying were “unjust to the South” and its institutions (including enslavement), and they were guilty of outright lies and gross omissions. If not corrected, she believed, the current and future generations of Southern children would not learn the “true” history of their beloved South. She feared that they would be ashamed rather than prideful of their Southern heritage. 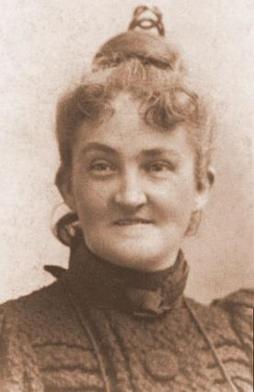 Rutherford fervently sought to eradicate all information found in the history texts that she interpreted to be fabrications about the South. With this goal in mind, in 1919 she wrote a publication titled A Measuring Rod to Test Text Books, and Reference Books in Schools, Colleges and Libraries. The volume’s title clearly specified Rutherford’s intent. She established criteria for how Southern history and culture were to be represented in history texts. A few examples of her criteria: secession was not rebellion; the North was clearly responsible for the Civil War; the war was not about enslavement; enslavers were never “cruel and unjust” to enslaved people; Abraham Lincoln was not to be glorified and Jefferson Davis was not to be vilified. Any textbook or reference volume that did not meet her criteria was to be rejected by educational institutions. 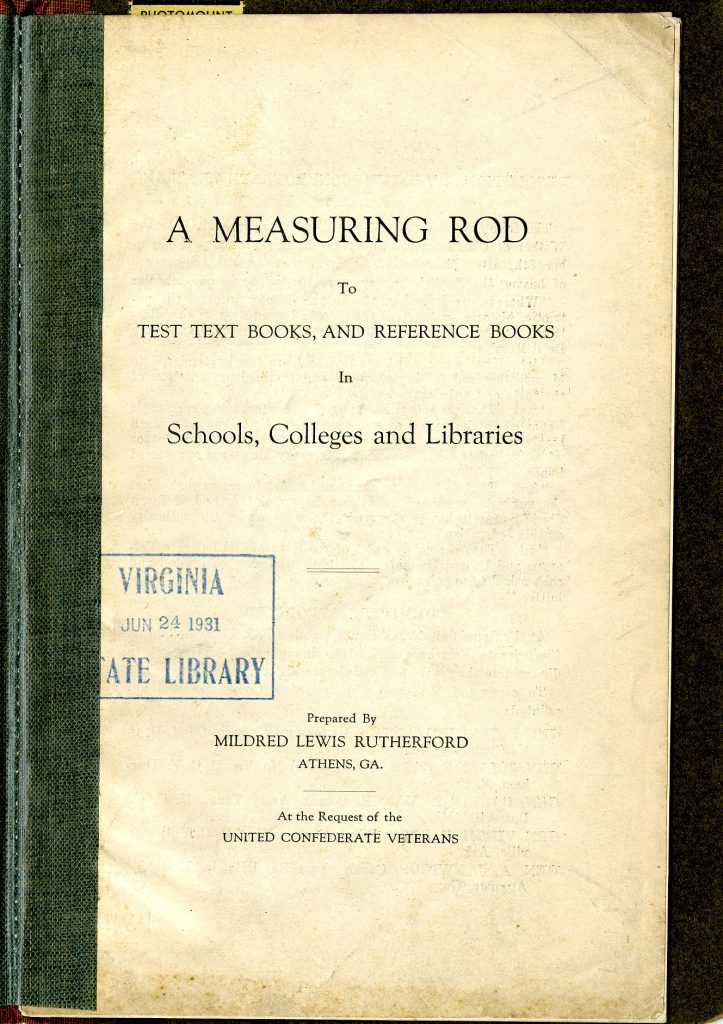 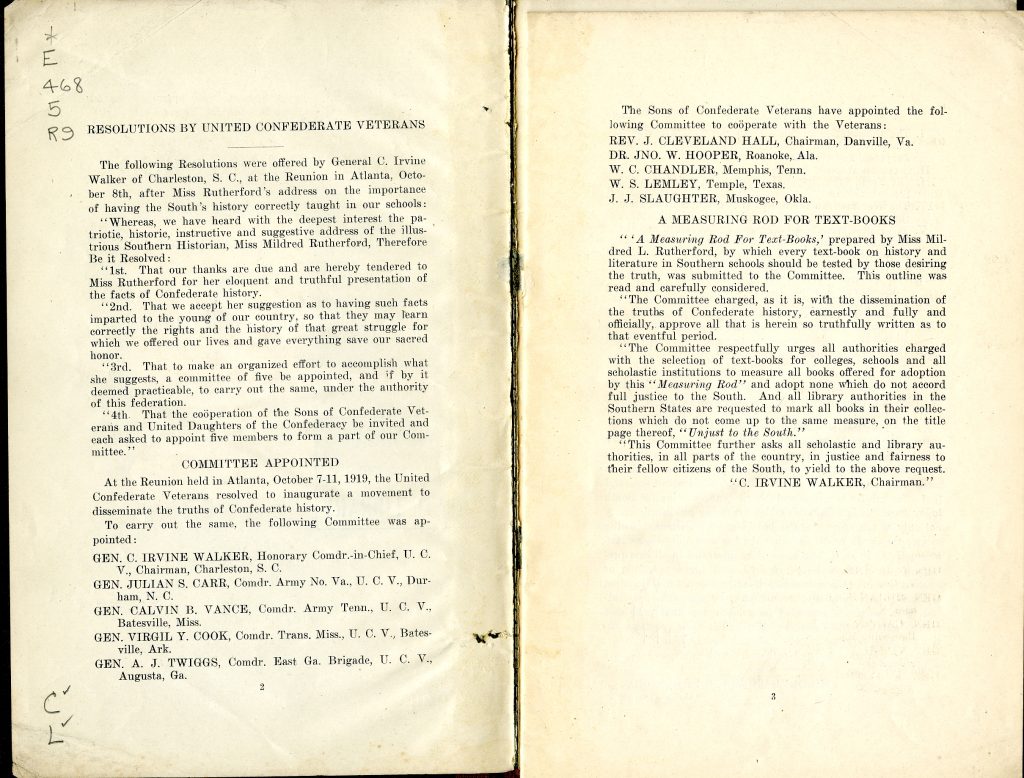 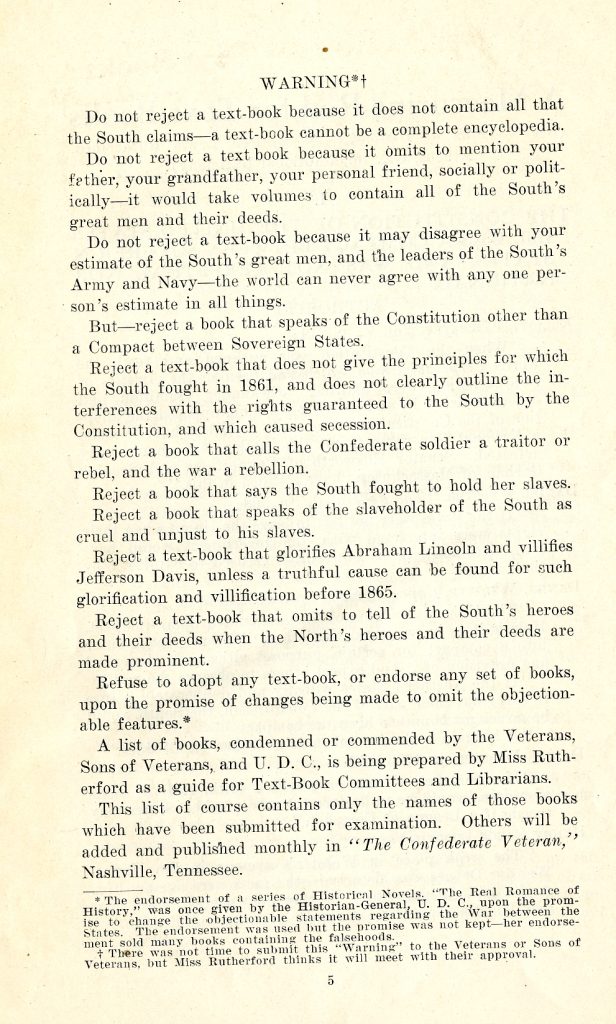 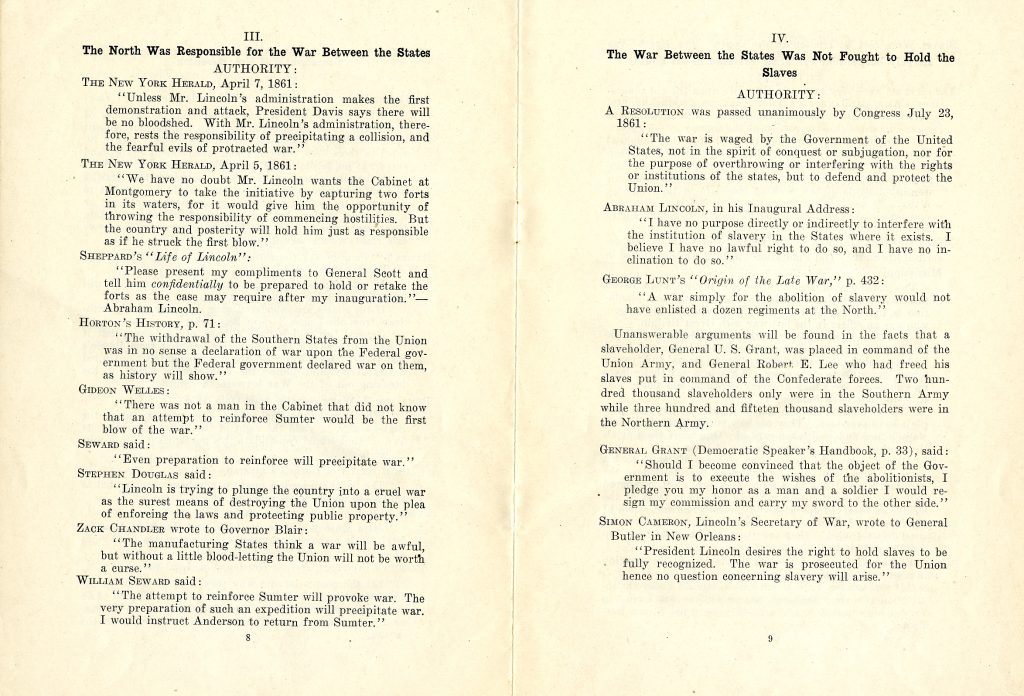 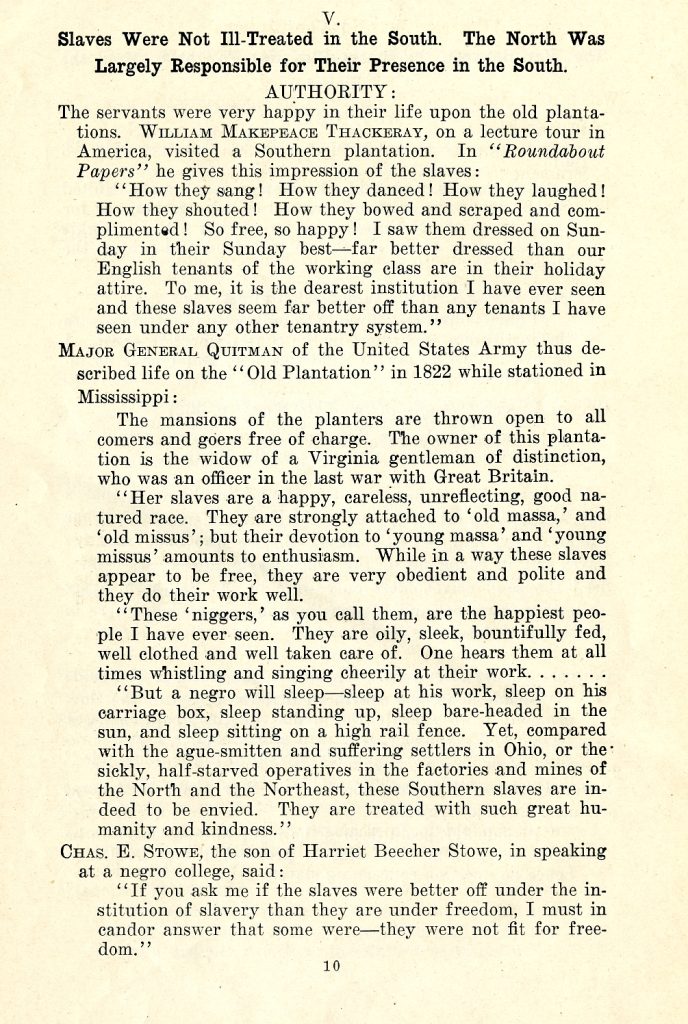 How did Rutherford formulate her standards? She used quotes made by politicians, lawyers, professors, authors, historians, and newspaper editors to support her benchmarks. In an attempt to lend greater credibility to her criteria, the majority of the individuals she cited were from the North. They were newspaper editors, United States military officers, educators, and Republican Party leaders. One perspective noticeably absent from Rutherford’s so-called measuring rod was that of formerly enslaved people and their descendants. Her publication contained not a single quote from any Black individual.

One example of Rutherford’s strategy was her citation of an alleged quote made by Charles E. Stowe, son of Uncle Tom’s Cabin author Harriet Beecher Stowe. While speaking to students at Fiske College in Tennessee, Stowe’s son purportedly said, “If you ask me if the slaves were better off under the institution of slavery than they are under freedom, I must in candor answer that some were – they were not fit for freedom.” Rutherford intentionally used this statement made by the son of the person who promulgated, in her opinion, the lie that enslavers abused enslaved people. 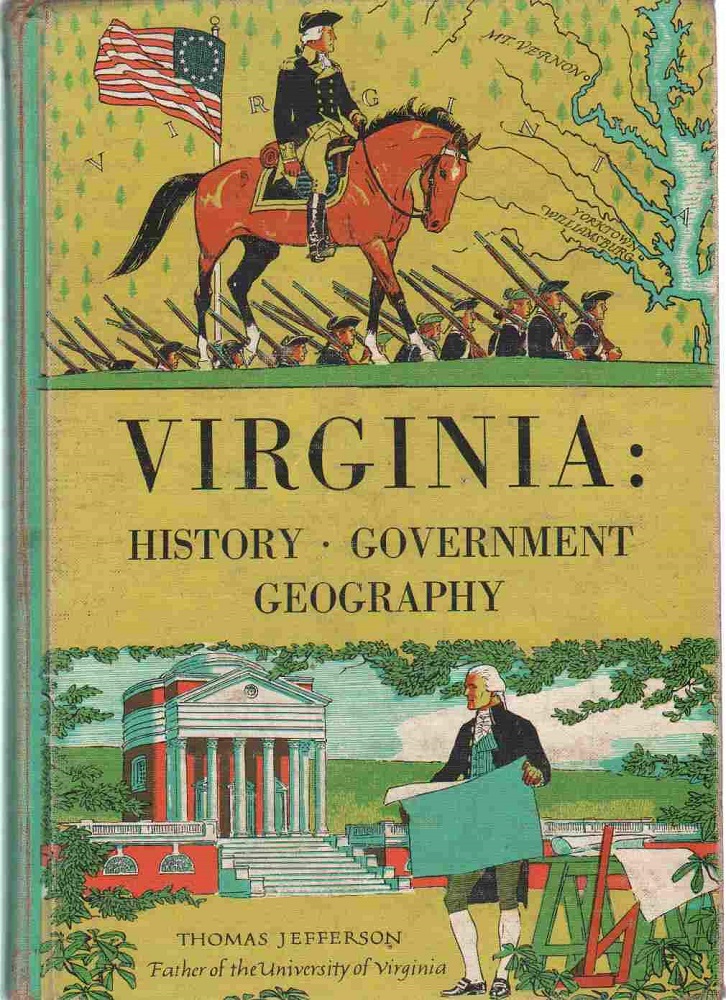 Rutherford’s draft of the Measuring Rod received robust approval at the 1919 convention of the United Confederate Veterans (U.C.V.). The organization formed a committee of former Confederate veterans and sons of Confederate veterans charged with the propagation of Rutherford’s version of Southern history to colleges, schools, and libraries. Educational institutions were to evaluate all history books currently in their holdings, or purchased in the future, on the criteria found in Rutherford’s book “and adopt none which do not accord full justice to the South.” Furthermore, “all library authorities in the Southern States are requested to mark all books in their collections which do not come up to the same measure, on the title page thereof, ‘Unjust to the South.’“

After it was published in 1920, Millie Rutherford and various Confederate veterans organizations encouraged Southern educational institutions to use the Measuring Rod as a means to teach the “true” history of the South. Rutherford prepared a list of books “condemned or commended” based on her publication for them to use. The lists were published monthly in The Confederate Veteran, the official publication of the United Confederate Veterans. The criteria found in the Measuring Rod became the standard used in history text books in Virginia and throughout the South for decades afterwards. Rutherford was ultimately successful in achieving her goal of changing the narrative of Southern history to her point of view. The Lost Cause mythology became the “true” history of the South to thousands of schoolchildren and college students through much of the remaining 20th century. 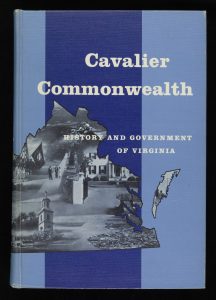 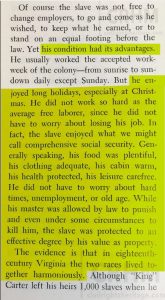 Excerpt from “Cavalier Commonwealth,” which was used for over two decades in Virginia public schools.

On September 21, Virginia Humanities is hosting an online event exploring the origins and impact of the Virginia History and Textbook Commission, which sought to impose the Lost Cause version of slavery, the Civil War, and Reconstruction. The Measuring Rod was foundational in forming the basis for this version of history. Join Encyclopedia Virginia editor Patti Miller in conversation with Adam Dean, PhD, John M. Turner Distinguished Chair in the Humanities and professor of History at the University of Lynchburg, and Ashley Spivey, PhD, a member of the Pamunkey Indian Tribe and executive director of Kenah Consulting. Registration is available on the Virginia Humanities site.