By Library of VirginiaDecember 5, 2022No Comments

In February 1816, the Virginia state legislature passed “An Act to provide an accurate chart of each county and a general map of the territory of this Commonwealth.” The provisions of the act were detailed and specific; each county was directed to contract with a qualified person to prepare an accurate chart of the county that incorporated boundaries at 200 poles to the inch, waterways, mountains, islands, principal roads, ferries and bridges (roads are colored red and waterways are blue), and the exact position of all the cities, towns, villages, mills, manufactories, and public houses. Beginning in 1819 John Wood served as the chief surveyor for this project and oversaw the completion of 96 counties and the drafting for six counties before his untimely death in 1822.

The map records observations including ``courses and distances, in poles, of the line between Madison and Culpeper counties``.

Below, Leslie Courtois, the LVA’s conservator, describes its pre-conservation status and the conservation work done.

“The map had been cut into sections, laminated with cellulose acetate plastic and then the sections were adhered back together. This type of laminate degrades over time, releasing plasticizer and acetic acid into the paper. This process damages and discolors the paper and eventually makes it impossible to remove the laminate, so an interventive treatment was necessary. To solvate the plastic film, the map sections were divided and each section was immersed in a bath of laboratory grade acetone. The acetone baths were changed out with fresh acetone several times until all the plastic had dissolved out. The map was then surface cleaned to remove dirt, and losses around the margins were infilled with acid free paper that matched the weight and tonality of the map. Finally, as the map was structurally weak, it was lined with Japanese tissue. The lining process also allowed for the rejoining of the sections to restore the map back to its original configuration. It was then mounted back into its original frame using archival matting and backing materials, and was sealed against moisture with a vapor barrier.” 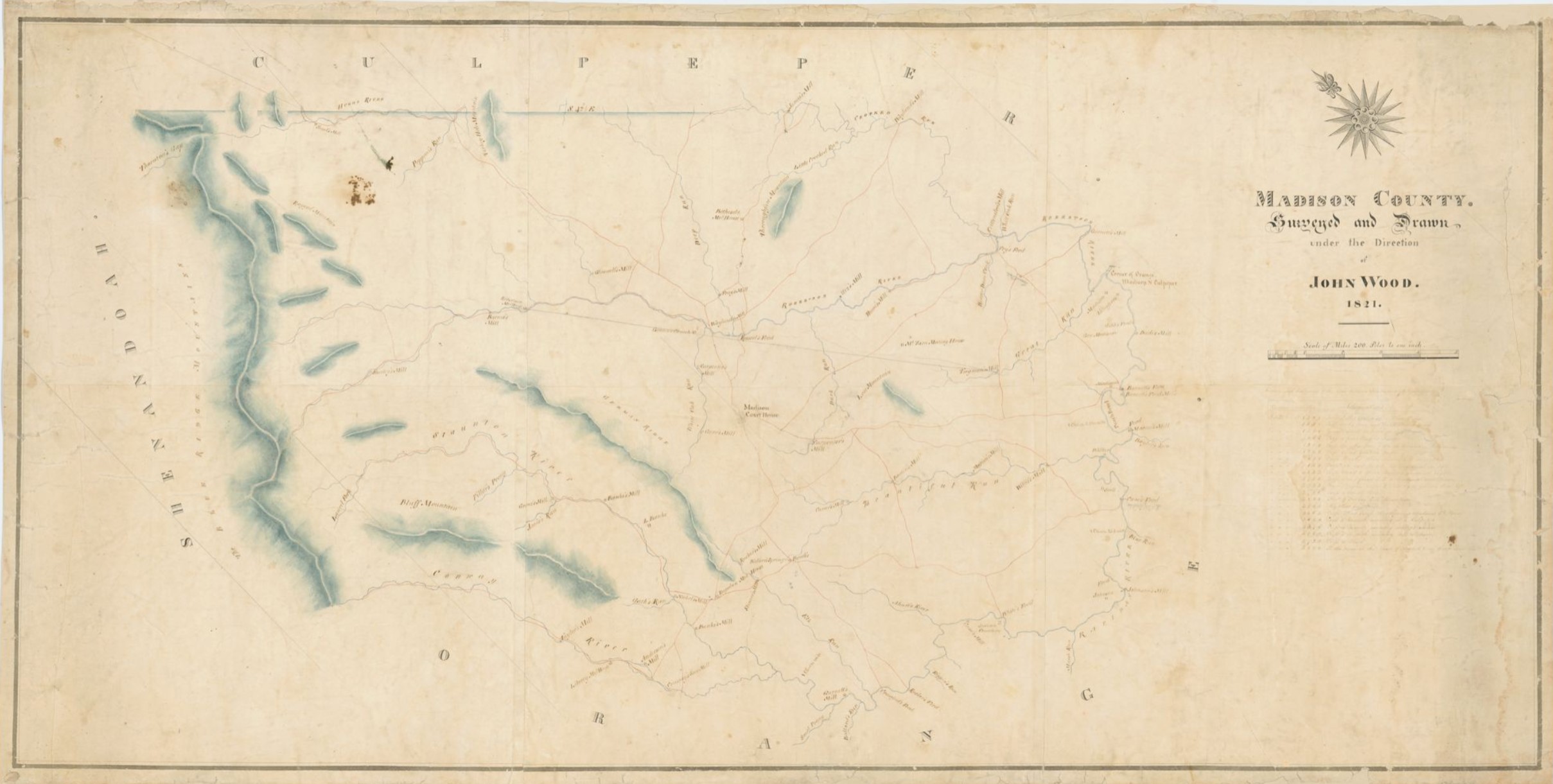 Interested in viewing this map? The original is a part of the collections of the Madison Museum which is operated by the Madison County Historical Society. The Madison Museum at the Kemper Residence in Madison is open 10 a.m. to 2 p.m. on Tuesdays, Thursdays, and Fridays. Not able to visit Madison, Virginia? A digital copy is available online for patron research through the Library of Virginia’s website.

Originals at the Library of Virginia:

Location of originals NOT at the Library of Virginia 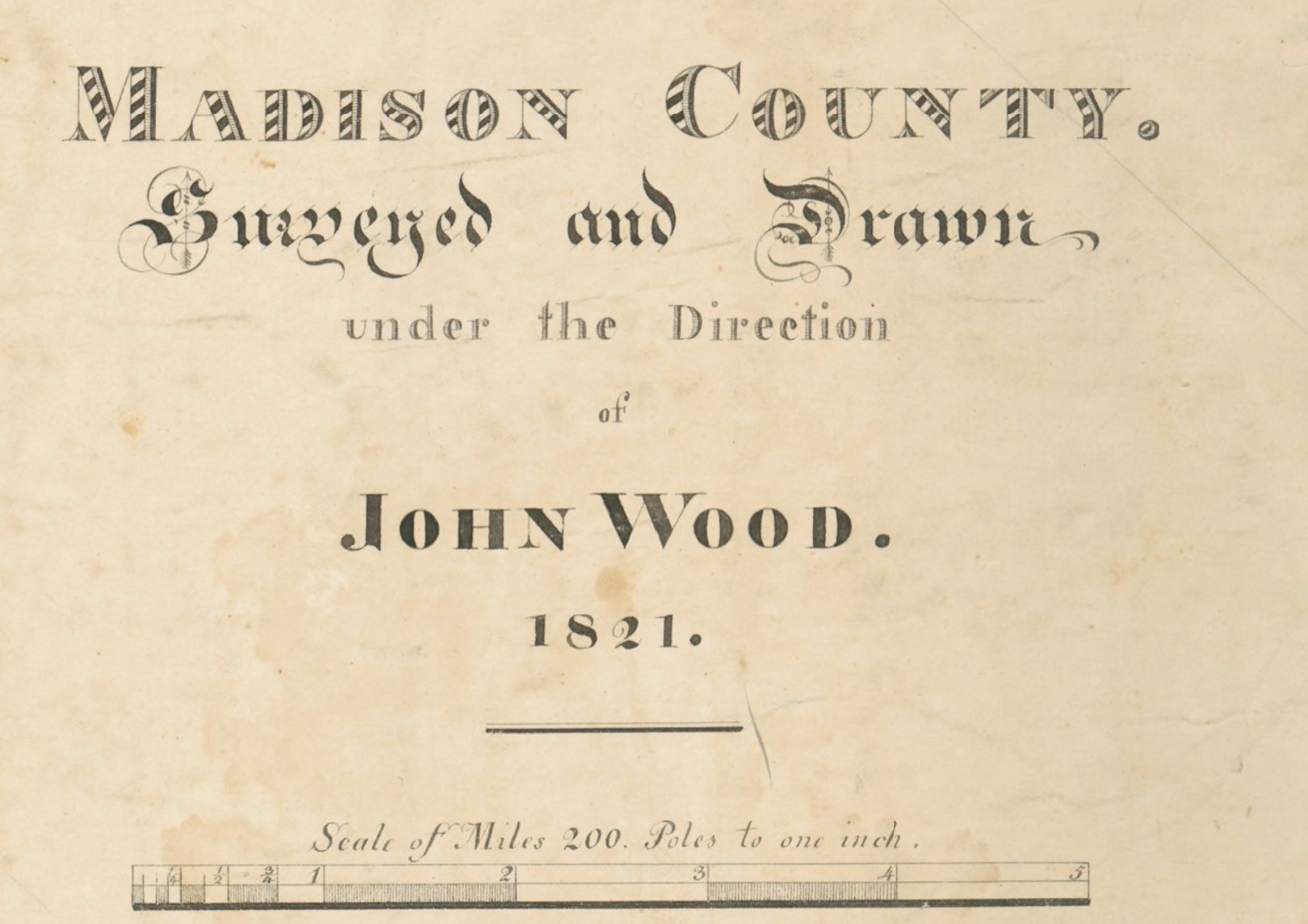