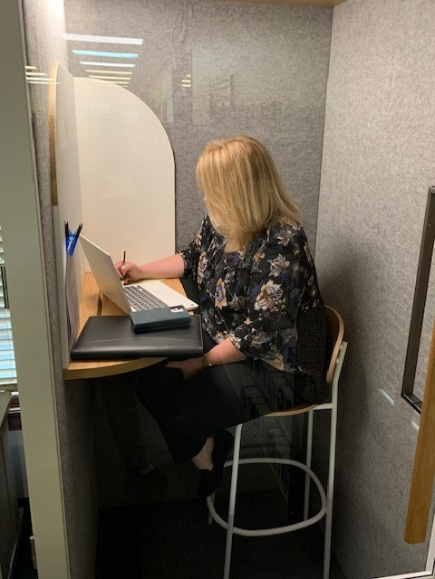 In my youth, there were square glass boxes on almost every corner. It was a common feature that flourished in most cities and even rural towns. The telephone booth, equipped with bifold glass doors, a pay phone, and a telephone book served us then like today’s modern cell phone. I spent many quarters to make phone calls from those booths; sometimes making a collect phone call when I was out of change. There was no place for a credit card. No swipe and pay, no Apple Pay, and no QR code. We have since left the time of telephone booths and become a more modern civilization with the invention of the cell phone. Cell phones are convenient, no quarters needed. Cell phones are everywhere with people talking at full volume in grocery stores, sometimes on speaker phone. And I’m guilty. Guilty of talking and not watching what I’m doing. Talking while multitasking. Just talking. I’m prone to it, I guess. My report cards always said, “Cameron talks too much.”

So, let’s fast forward. Cell phones are part of our daily lives. We work from them and play with them. They keep us connected to our family and friends. They’re important. But are they appropriate everywhere? Anytime? In the library?

During the events of COVID-19, our library saw a need. Our patrons needed a place to work. Since work from home isn’t an option in rural southwest Virginia, due to lack of reliable internet, there was an outcry from our community looking to us for answers. For years, the Bland County Public Library had served as a small business center. Up until 2020, we felt like the services and spaces we provided were sufficient. But now, we found ourselves in an unusual situation. People needed the library for internet and services. They also needed the library to continue to work: to take phone calls, participate in Zoom meetings, and video chat. The library had always prided itself on addressing the needs of our community while maintaining everything a library stands for. How can we accommodate this need for a work environment and still be a place where quiet reigns supreme?

A good librarian is always looking for answers. So, I set out to look for solutions to our space/time dilemma. I poured over research to see what options existed for our small and rather unique space. First on the list of to-dos was to take stock of what we currently had. The library has an open computer space with four stations, one meeting room that holds about 50 people and a small lounge type area for casual reading or chatting. This wasn’t enough. There wasn’t enough space to separate people who needed to work and talk without interfering with someone else who was working or general library patrons there to research, read, or participate in a program. 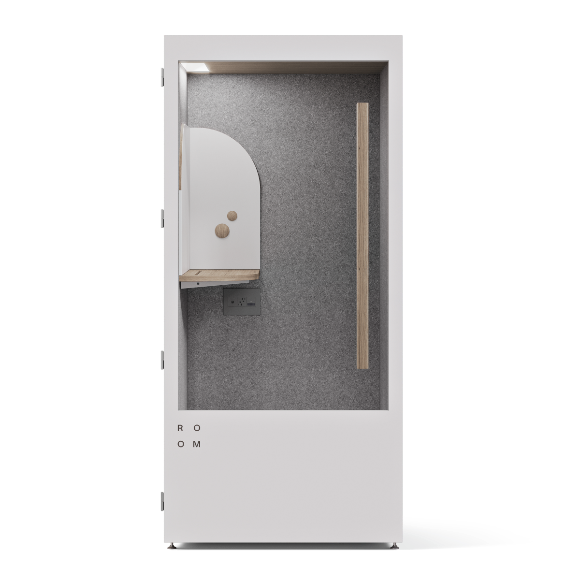 Research is a librarian’s best friend, and best weapon. When researching alternative workspaces, I stumbled upon the idea of a work pod, also called the phone booth. Upon further study and investigation, I found that these PODs were soundproof, heat and air cooled, had a small desk, and were wired to have multiple USB ports, plugs, and could directly plug into the ethernet or be Wi-Fi enabled. It was almost too good to be true!

To make a long story short, through ARPA funds we were able to purchase one POD. The POD arrived and our maintenance staff secured the walls and ceiling. Then we plugged it in. That’s it. We plugged it in. No construction. No fuss. 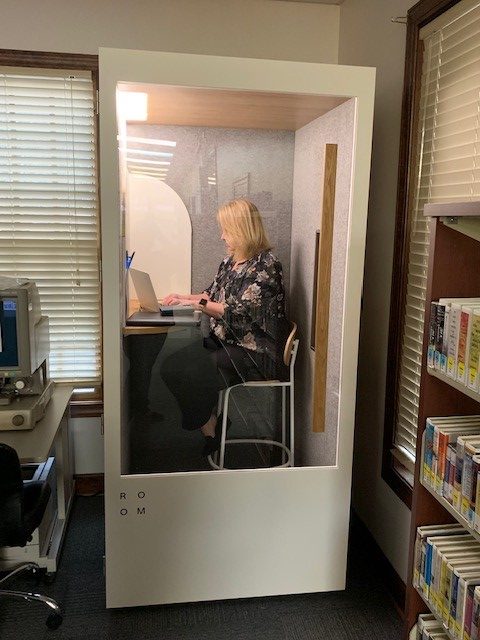 The new POD was a hit with our community. Now patrons can step into the POD to make or take a call without interrupting those working alongside them. Not only did it alleviate our privacy and noise problems, but the added benefits of the POD were much more than we could have anticipated. We began to see the POD being used for test taking, virtual appointments with doctors, lawyers, and other professionals, as well as virtual communications between family and friends. It has become a place of quiet and focus. A space where you are free to talk and not be heard by the person sitting next to you. Some locations call these privacy pods for this very reason.

We were so pleased with our POD that we’ve ordered a second POD. This one is quite different. It’s more of a focus room. It is still soundproof like the other but, more spacious, handicapped accessible, and comfortable to work in for longer periods of time. We hope to have our new POD in the coming weeks and be able to begin offering it to our patrons.

Of course, our community loves it, but here’s the big secret. I love it. I talk about it all the time. Here I go again. Cameron talks too much! But when I need quiet, away from the public and staff to work on a project, participate in a virtual meeting, or just a place to focus, I turn to the POD. It is by far one of the best investments we have ever made.

The POD is slick and modern. It looks like something from the future, or the past. Remember those telephone booths? The POD is essentially the same thing. For my Doctor Who fans, the POD is lovingly referred to as the TARDIS. Can it travel through space and time? I’m afraid not. But did it alleviate our space and time problem? You bet it did!

Bland County Public Library was the first library in the state to have a Privacy Pod in place and their success story inspired the Library of Virginia to utilize American Rescue Plan Act (ARPA) funds to offer grants for Privacy Pods to those communities who are medically underserved.  Through these grants, there are now 36 Privacy Pod locations across Virginia (including Bland County).  Check out the map below to see if there’s a Pod near you. 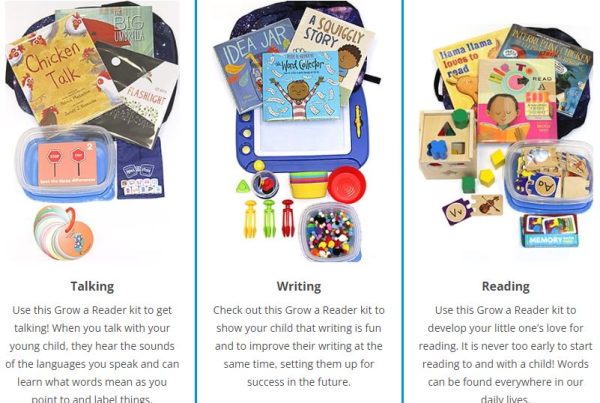 Some “thing” New to Check Out at the Library