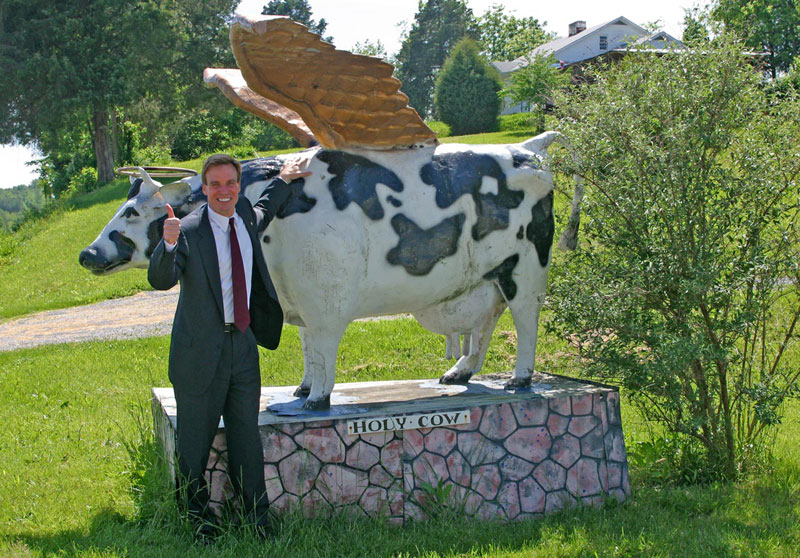 Image of Mark Warner from the Office of the Governor (2002-2006), Press Office, State Records Collection, Library of Virginia

Looking for the Web site of Governor Tim Kaine (2006-2010), which was taken down at the end of his term?  The Library of Virginia can help.  The Web sites of the Kaine Administration (Governor, First Lady, Cabinet Secretaries, and his initiatives) are preserved as part of the LVA’s Virginia Web Archive. 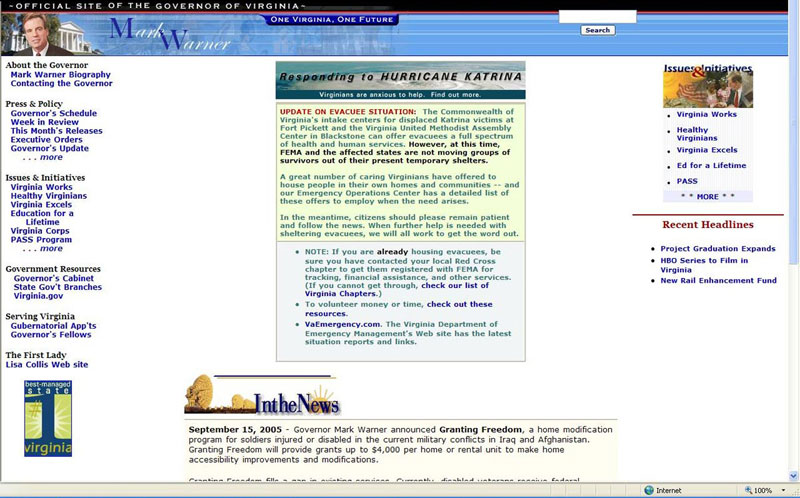 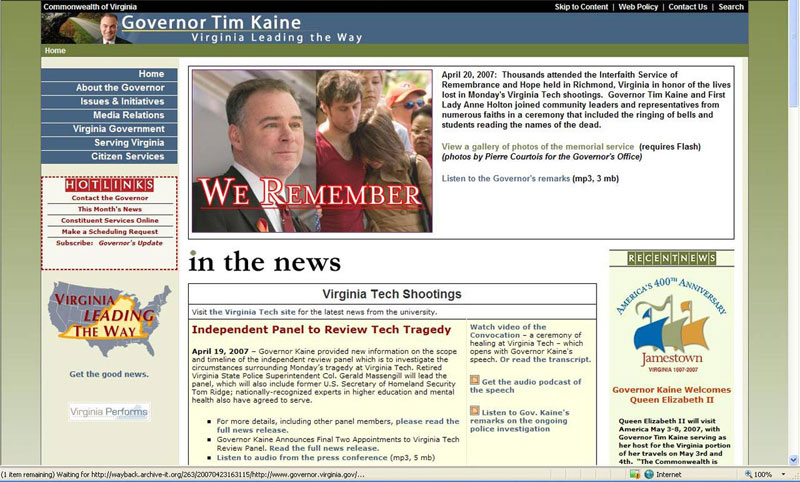 Since 2005, the LVA has been “archiving” Web sites of enduring cultural value, especially those created and maintained by Virginia government. We started with the administration of Governor Mark Warner (2002-2006) and expanded into special topics of Virginia interest, such as the 2006 Senate race between George Allen and Jim Webb, the 2007 and 2009 General Assembly elections, the 2008 Congressional elections, and the Virginia Tech tragedy.  We are already archiving Web sites of the Governor Bob McDonnell Administration, Virginia’s 2010 Congressional candidates, and various organizations that have donated their paper records to the Library.

The Virginia Web Archive can be accessed from Virginia Memory under Digital Collections.