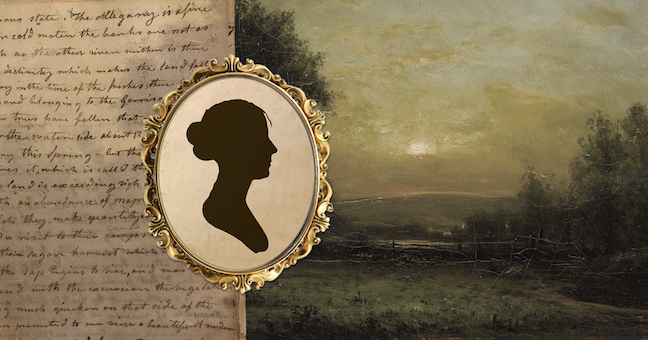 Editor’s Note: The Library of Virginia, in partnership with Virginia Humanities, sponsors residential fellows during the academic year to conduct in-depth research in the Library’s collections. Independent author Karen Chase spent the autumn researching for Eliza! Eliza!, a narrative nonfiction book about the contributions of Eliza House Trist and Eliza Lucas Pinckney.

W e’ve all heard the story of Lewis and Clark: Two brave men, sent by Thomas Jefferson, were tasked with exploring the westward Louisiana territory in 1803. However, do you know of the woman who traversed the Ohio and Mississippi two decades before that, and kept a journal at the behest of Thomas Jefferson?

Few do. Let’s remedy that, shall we?

Born in 1751 to Quaker parents, Mary and Samuel House, Eliza was raised by her widowed mother, who owned a prominent boarding establishment, the House Inn, in Philadelphia.

Although no illustrations or paintings of Eliza exist, her granddaughter-in-law described her as “a woman of much ability… known and respected by, Mr. Jefferson, Mr. Monroe, and James Madison; these gentlemen all were her friends personally, and corresponded with her.”

Up to and beyond the Constitutional Convention, various founding fathers stayed at the House Inn, where Eliza lived with her son and mother. Eliza’s husband had gone to build a homestead in Natchez, Louisiana, in 1775, just a year or so after their marriage. Eight long war-weary years later, as soon as the Treaty of Paris was signed in 1783, lonesome Eliza had it in her mind to go west. She shared her plans and concerns with Thomas Jefferson in letters.

On 8 December 1783, Eliza wrote to Thomas, “Am now determined to go by Pittsburg… I have sent off my baggage in a wagon and have purchased a Horse for myself… Unless something unforeseen happens I shall very soon proceed on my journey.”

Three days later Thomas wrote Eliza, “I think you will be a distinguished creditor if you pursue your wild Mississippi scheme.”

Along with a niece, Eliza left Philadelphia in the care of a friend just before Christmas 1783. Thankfully, Eliza’s notebook from the trip survived, and it is a perfectly legible example of a journal kept, edited, and written for eyes beyond her own. 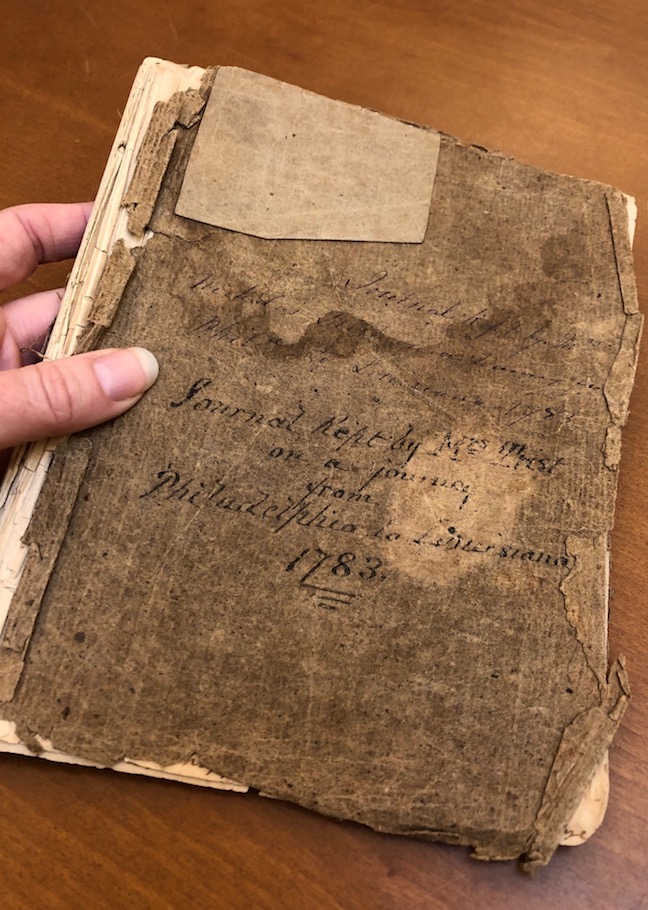 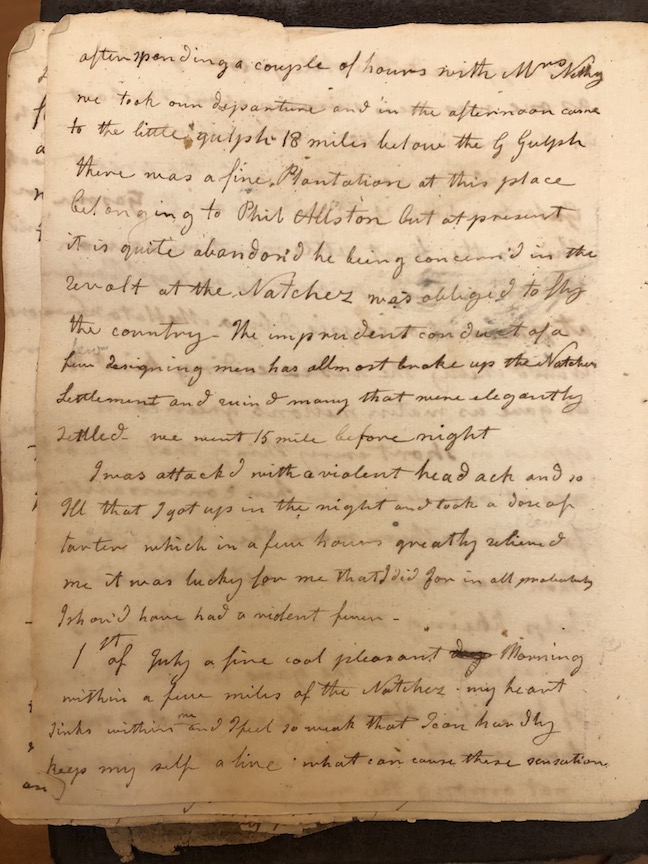 The three-part trip began with 21 days of travel overland from Philadelphia to Pittsburgh. In the dead of winter. With snow drifts up to her horse’s belly. With some of the taverns and inns so dilapidated it drove Eliza to confess they were “so dirty I would have rather slept out of doors.”

Before this excursion, Eliza had only lived in Philadelphia and New York, and by the time the second leg of her journey was well underway—on a boat with two strangers delivering flour from Pittsburgh to the Falls of the Ohio (modern day Louisville)—we see her becoming more of an observer.

Her notes on geological opportunities, rivers and geography, plants, animals, and more, became more prolific. By the time the flour boat completed the third leg of the trip, from the falls of the Ohio and down the Mississippi, we see Eliza using the word “curiosity” multiple times, despite the mosquitoes being horrific and the trip taking longer than she expected. 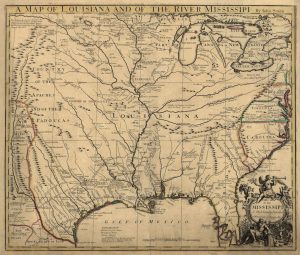 It is difficult in one brief article to summarize Eliza’s 70-page day-by-day journal detailing her trip, which ended in Natchez about seven months after it began. It’s almost impossible to summarize Eliza’s 77-year life beyond this one excursion—a life that is well documented in dozens of letters between herself and Thomas, other founding fathers, sons, grandsons, and a host of female friends.

Eliza’s journal, I have no doubt, influenced her friend Thomas—who in 1783 had not been west of Staunton, Virginia—and provided proof that there was a reason to explore that early American westward world. As to whether Eliza intimately knew of the 1803 expedition planning, I also say yes. In 1801, in a postscript in a letter to Thomas, Eliza adds, “Please to remember us to My Dear friend Capt. Lewis.”

We owe it to Eliza, after all she endured in 1783, to include her story in the one we teach about our country’s westward expansion. It’s a story I would dearly have loved to learn about when I was a little girl, and every girl going forward should.

Eliza House Trist was an 18th century traveler, journalist, and historian in her own right. She’s not a footnote to explain the achievements of the other gender. We as a human race need to honor brave women like Eliza as a viable storyteller whose adventure was written long before those two men ever dared to go where she had gone before.

To explore the Eliza’s letters, you can view a portion of them on Founders Archives online.  A copy of the journal pages—photos taken of each page of the 236 year-old journal—has been donated by Karen A. Chase to the Library of Virginia collection, with references to location of the original. 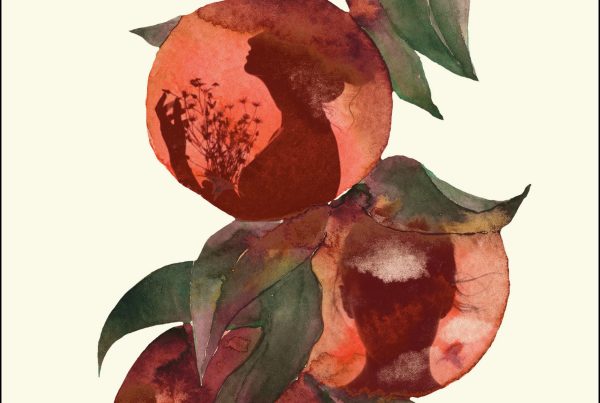 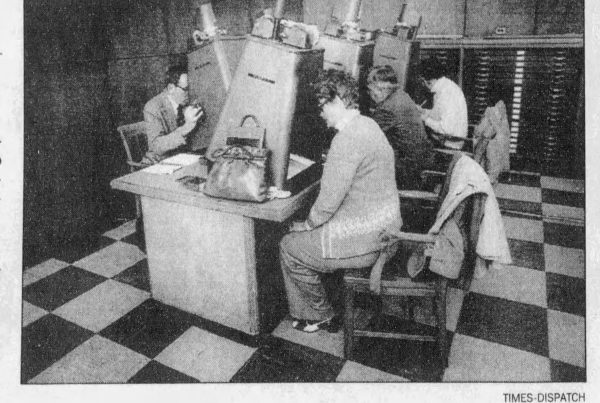