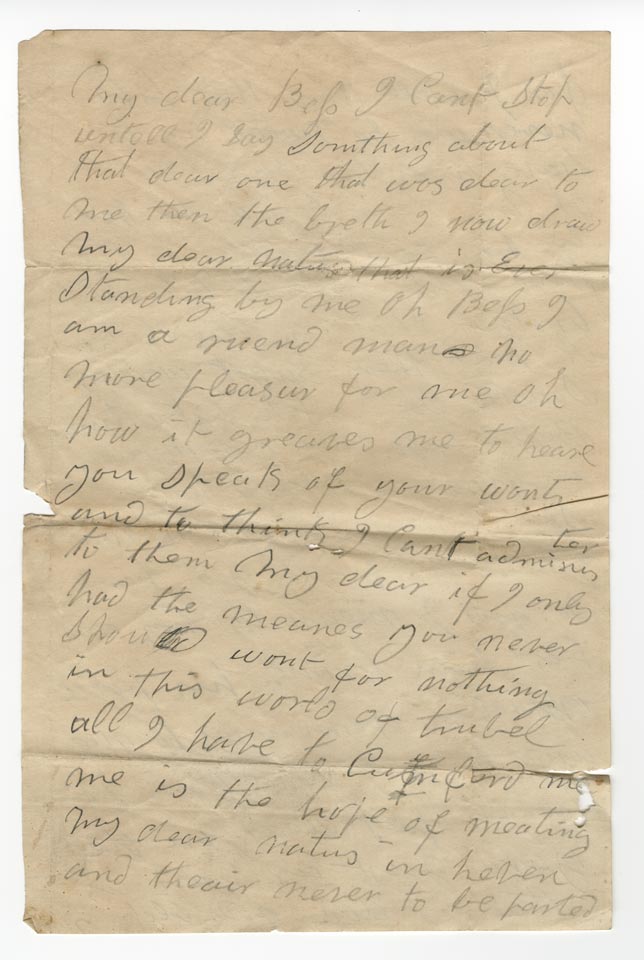 Hope, Grief, Despair: The Emotional Impact of the Civil War

Next year marks the 150th anniversary of the beginning of the Civil War.  The war’s effect on the people of Virginia was immense – especially to those families who lost loved ones in battle.  The pain, grief, and other emotions felt by these families are witnessed by reading the letters contained in the many Civil War collections housed at the Library of Virginia. 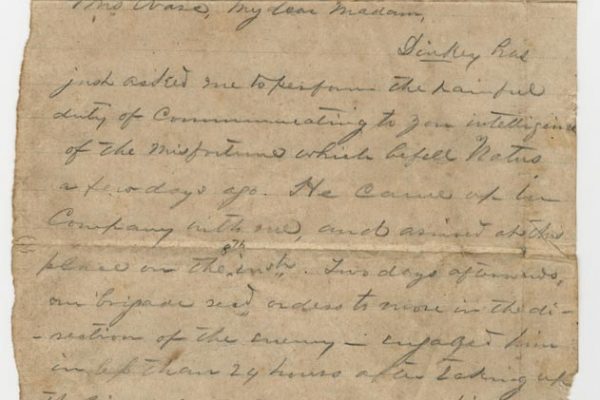 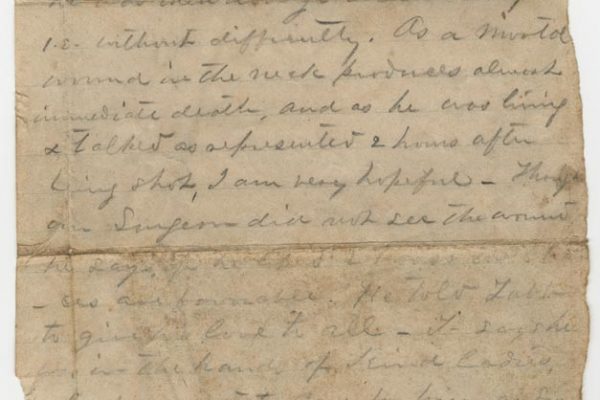 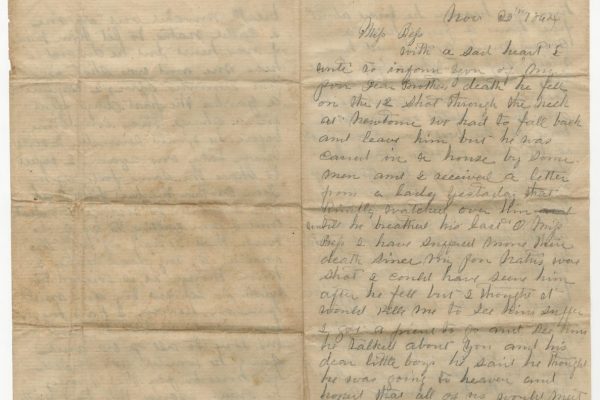 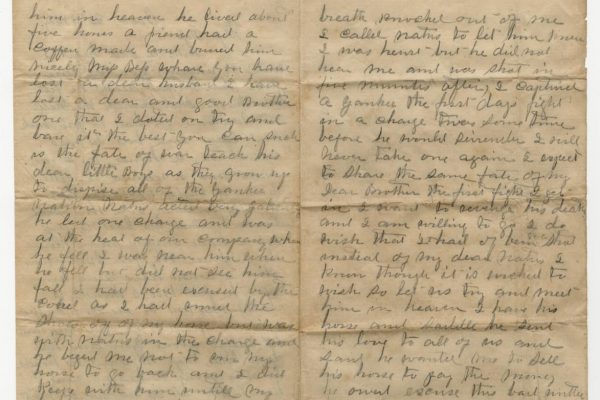 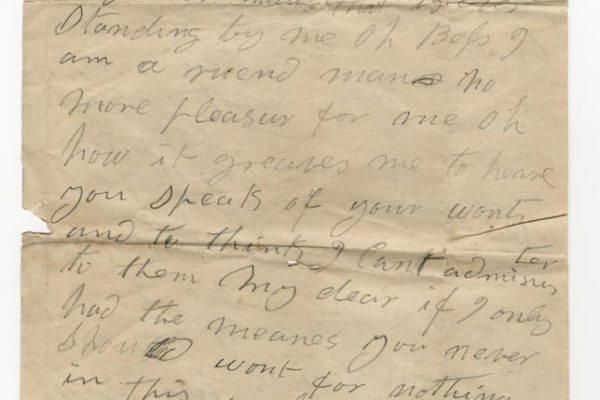 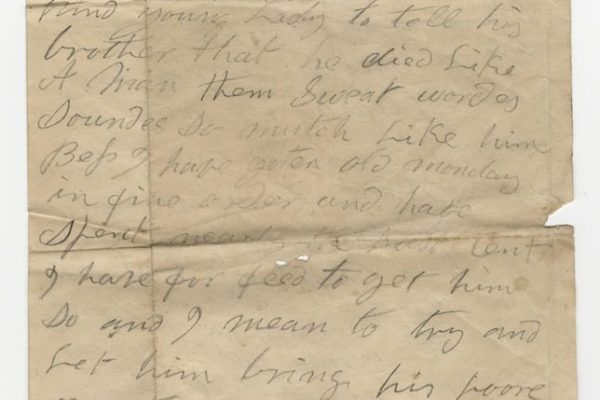 Natus was wounded in action at Newtown, in Frederick County, Virginia, on 12 November 1864, and died a short time later.  The collection contains various poignant letters written by his brother and their father, as well as a comrade, to Bess.  The first letter, written by another member of the 5th Virginia Cavalry, tells of his hopes for Natus’ recovery after being shot.  The second letter, written by William, informs Bess of the death of his brother.  The third letter is written by their father, William S. Ware, Sr., and reveals the difficulty he is having accepting his son’s death.

These letters tell the emotional side of the war’s impact on the families of fallen soldiers.  Fortunately, the Hughes-Ware Family Papers will be preserved and made available for researchers at the Library of Virginia.  Perhaps you have similar letters of your ancestors, and would like to donate them to the Library, or will consider participating in the CW150 Legacy Project – a joint undertaking of the Library and the Virginia Sesquicentennial of the American Civil War Commission.  Read more about it at : http://www.virginiacivilwar.org/legacy/ .