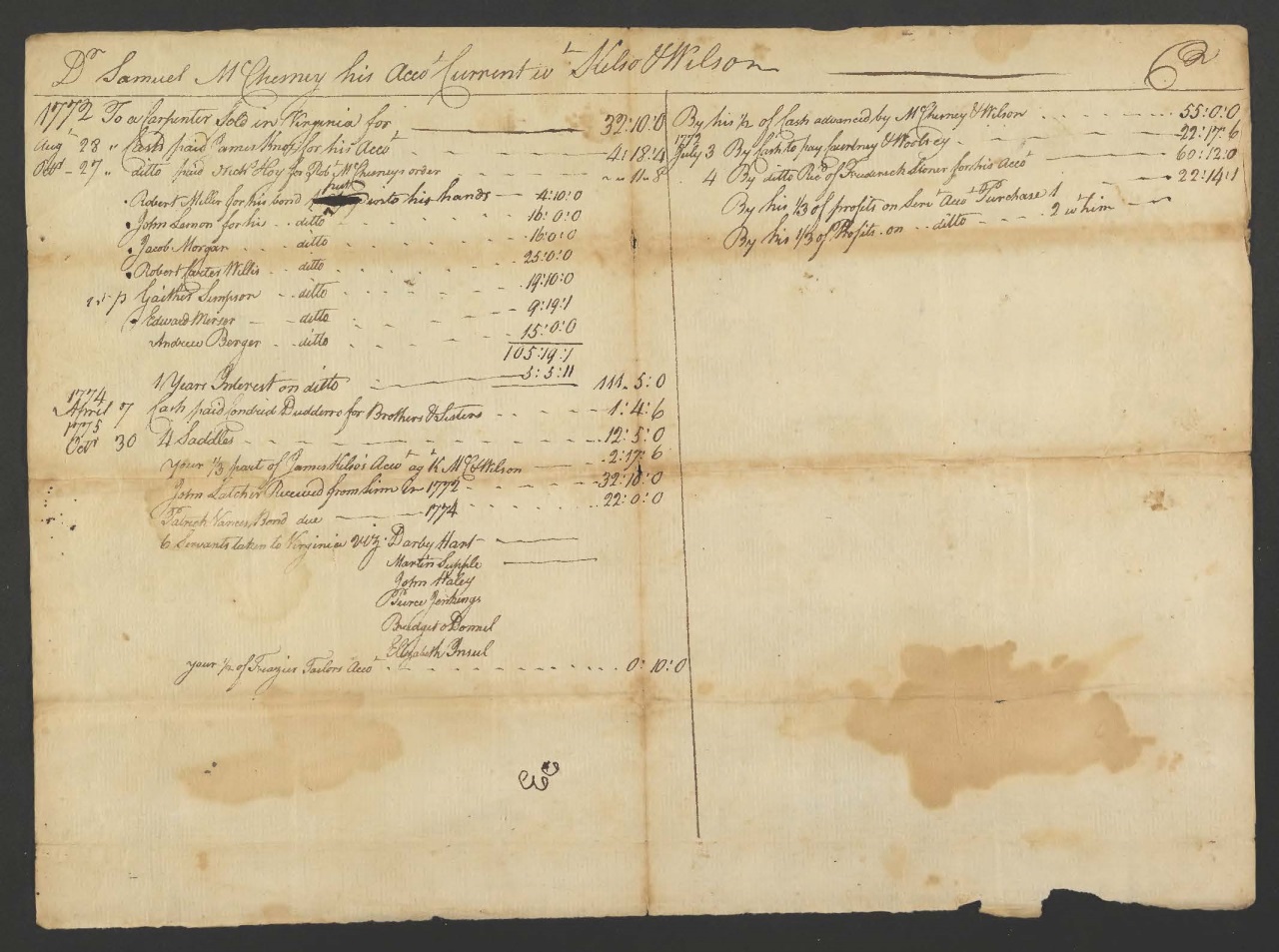 Two types of immigrants came to America without paying their own passage—indentured servants and redemptioners. Indentured servants would sign a contract, called an indenture, before they sailed agreeing to serve for a period of years in exchange for passage to America. The term of service was typically between four to seven years. Redemptioners were a similar type of immigrant; however they made their agreement with the shipping merchant to be transported without paid passage. Upon landing in America, they were given a short period of time to find family or friends willing to pay all or part of their passage. If funds could not be secured, they then signed on as servants and their indentures could be sold in order to satisfy the debt. 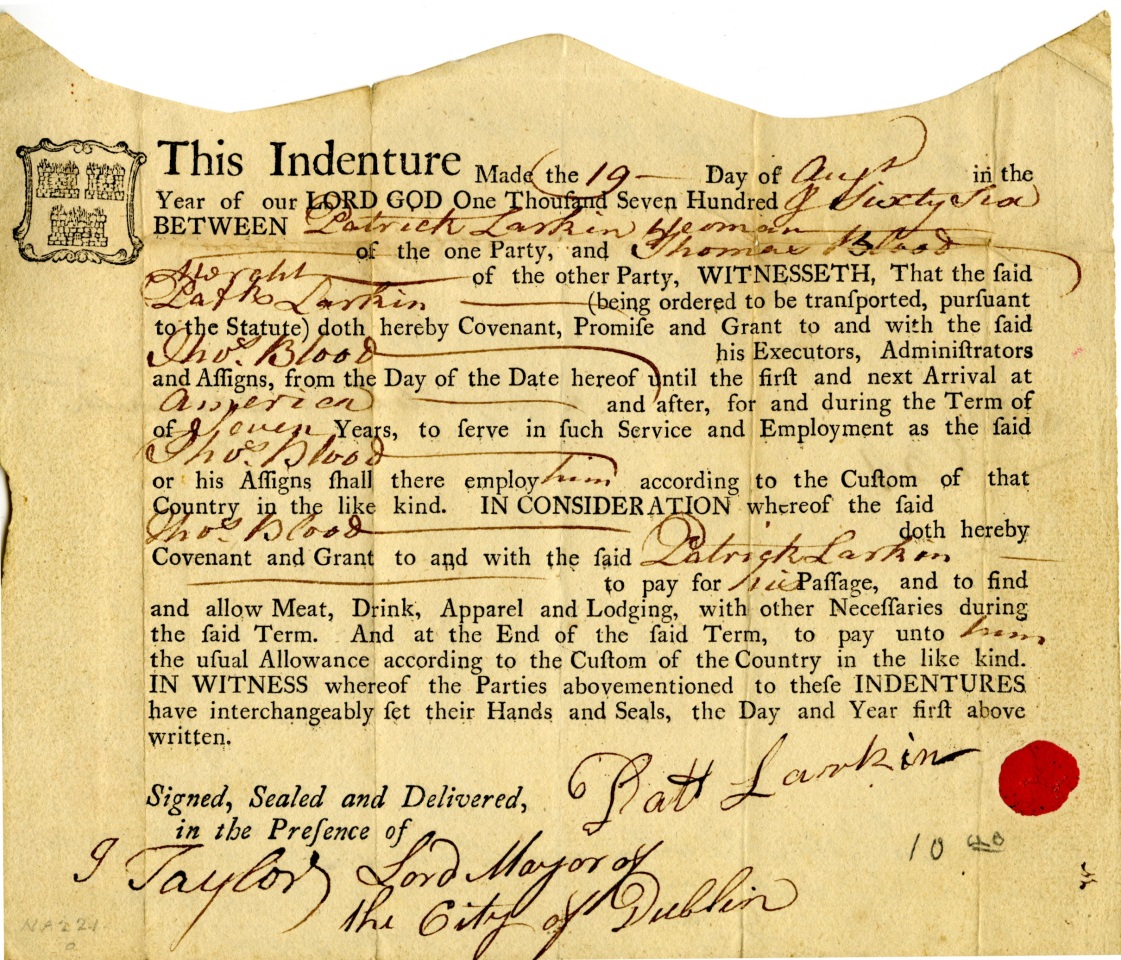 The practice of buying and selling redemptioners and indentured servants can be found in Augusta County Chancery Cause James Kelzo, etc. vs. Samuel McChesney, 1796-008.  James Kelzo (spelled frequently as Kelso) and James Wilson of Augusta County and Samuel McChesney of Culpeper County formed a partnership to purchase and sell indentured servants.  Wilson and McChesney were to make the arrangements for selling the servants, and the partners agreed to divide the net profits equally among them.

With three men responsible for reporting accounts and divvying up profits, it wasn’t long before accusations of withholding funds landed the business partnership in the chancery courts. Accounts showing the partnership’s purchases were submitted as evidence, and through these documents we get a small glimpse into the buying and selling of men and women who had become chattel to secure passage to a new country. The first account, dated 1 January 1772, documents the sale of 23 men, seven women, and two redemptioners. This account, along with a second one dated 2 January 1772, provides the names of individuals buying the indentures, the number of servants they purchased, the genders of the servants, and the price that was paid for the indentures.  Little information is provided for the servants themselves, not even their names.  We do learn that one of the servants purchased was a child bought for £20. Parents, guardians, church officials, or government officials could indenture a child for a period of service that was usually longer than that of their adult counterparts.

A second purchase took place on 4 July 1772 in Baltimore where the partnership purchased 35 servants. The accounts for this purchase include not only the people buying the indentures, but also the names of the servants whose indentures they purchased. Listed among the servants purchased was a man named Matthew Kelly. In his answer provided in the chancery case, Samuel McChesney related the story of a servant named Kelly.  On the way home from Baltimore, James Wilson discovered that Kelly had concealed in his belongings 20 guineas or more that had been given to him by his friends to buy his freedom. Kelly “was afraid to inform his master lest he would take the money and retain him also.”  Wilson took the money and gave Kelly his freedom.  Guineas were gold coins worth one pound and one shilling or more depending on the price of gold.  According to McChesney, since Wilson had purchased Kelly for £17 by accepting the 20 guineas from Kelly, he made a profit of about £18. 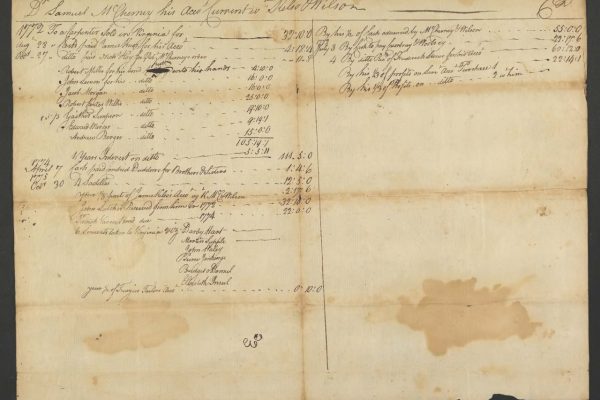 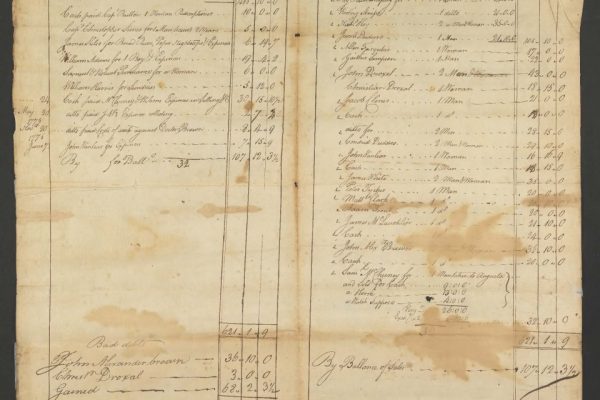 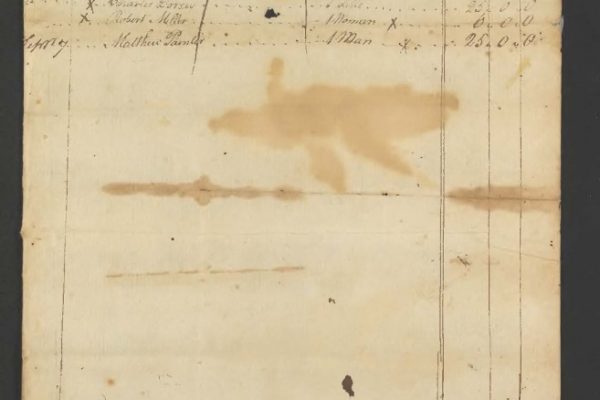 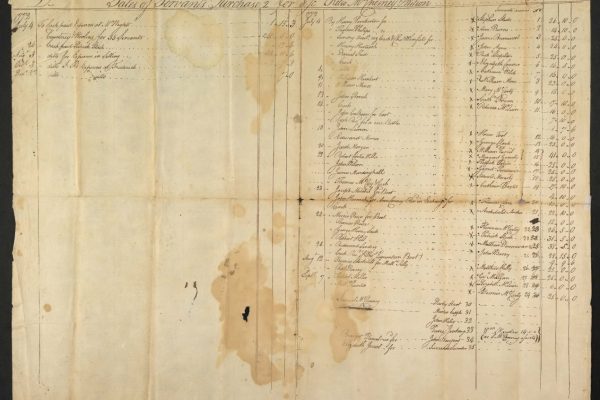 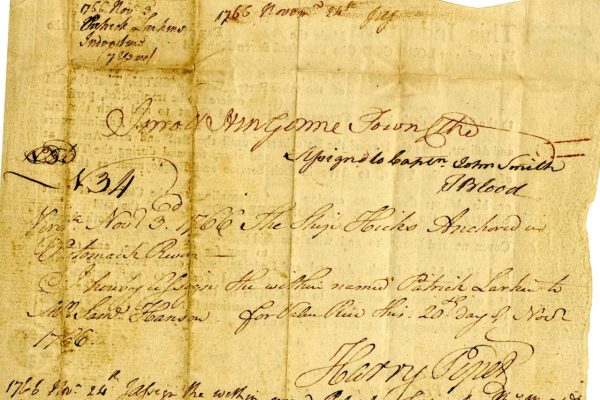 Indenture between Larkin and Blood

More records of the partnership of Kelzo, Wilson, and McChesney appear in Frederick County Deed Book 18, 1778-1780 (microfilm reel 9). On 5 October 1779, James Wilson presented four accounts of “Importation of Servants into the State.”  These four accounts for the years 1772-1780 document the importation of over 100 servants, and include some of the missing names of servants that appear in the Augusta County chancery cause. There is no further information about Kelzo, Wilson, and McChesney amongst the court records, and even less information about the servants they bought and sold.

More information about indentured servants can be found at Virtual Jamestown’s database “Search the Registers of Servants Sent to Foreign Plantations, 1654-1686,” and Price and Associates Incorporated’s program “Immigrant Servants Database.” Colonial Williamsburg’s “Search the Virginia Gazette Index” gives a wealth of information concerning the institution of indentured servanthood. The entries in the index have a link to the exact page in the Virginia Gazette newspaper on which that record appears.  Ancestry.com’s “Passenger and Immigration List Index” is the online database for Gale Research’s serial Passenger and Immigration List Index, 1500s-1900s, edited by P. William Filby.  This database includes the original volumes and all supplements published through 2010.

The Augusta County Chancery Causes, 1746-1912, are digitized and available online through the Chancery Records Index.