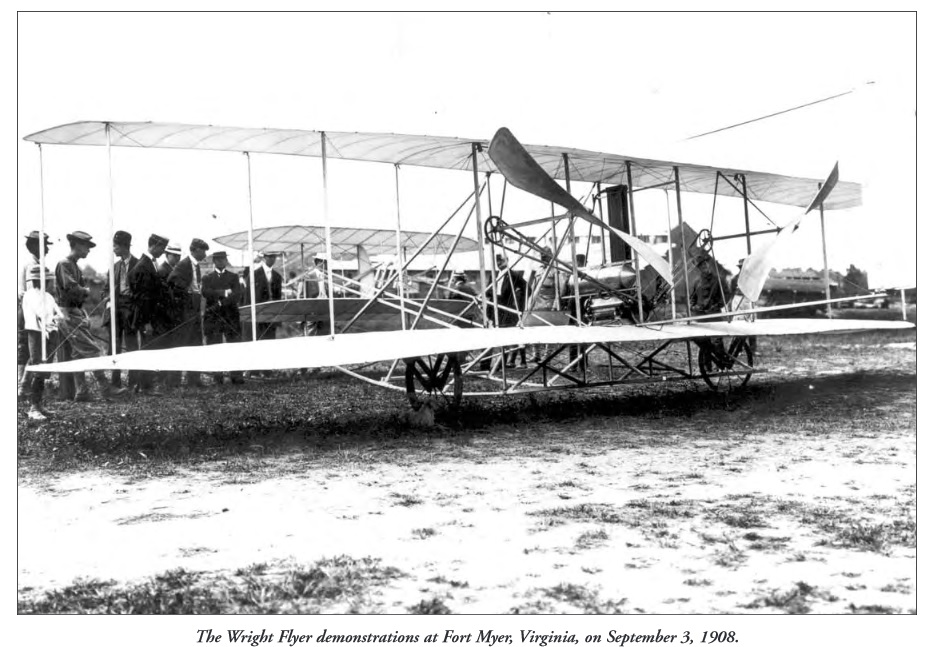 On 17 September 1908, five years after the first successful flight at Kitty Hawk, Orville Wright and Thomas E. Selfridge test flew the Wright Flyer in a demonstration for the U.S. Army at Fort Myer, in Arlington, Virginia. The Army was considering contracting Wright’s aircraft to use as a military airplane, but, in order to win the contract, he needed to demonstrate the plane’s ability to carry a passenger.

The flight began without incident. As the Wright Flyer ascended to an altitude of 150 feet, it circled over Fort Myer. Three to four minutes into the flight, however, the plane’s propeller blade broke. With some 2000 spectators watching from below, Wright attempted to glide to a landing, but the plane went into a nose dive from seventy-five feet and crashed. 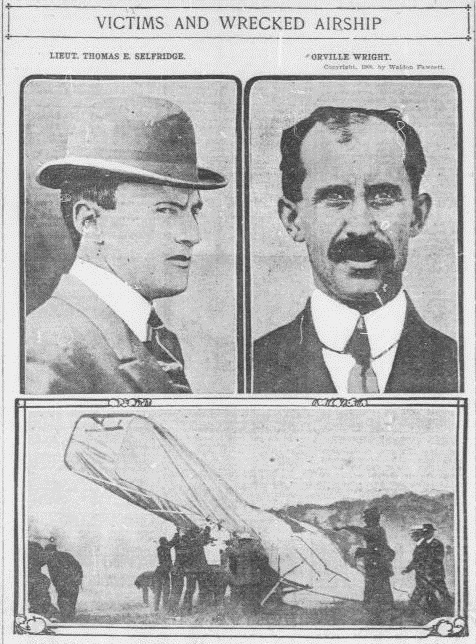 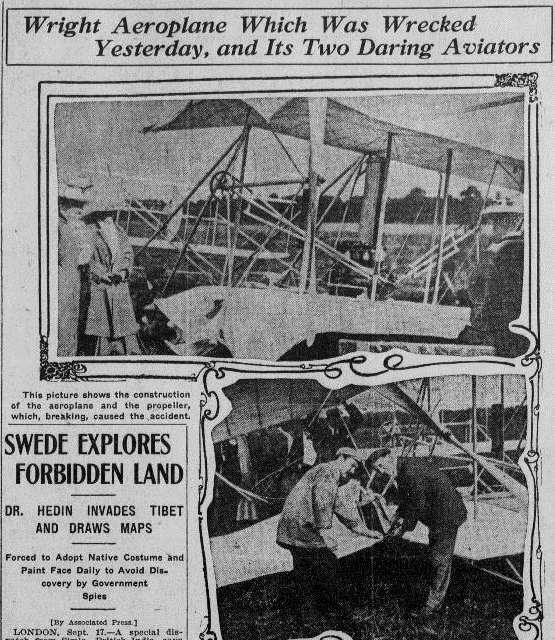 Wright was seriously injured, breaking several bones, but Selfridge, only twenty-six years old, suffered a fatal skull fracture. The death of the San Francisco native was the first recorded passenger death in a powered airplane crash.

In the days following the dramatic event, newspapers across the country reported with details of the crash and photos of the wreckage and its victims. From Washington DC to Los Angeles, the nation’s fascination with the relatively new phenomenon of flight and the potential danger that came with it was satiated by the stories printed in newspapers.

The headlines and articles below are from Virginia and national newspapers. They are just a fraction of what can be found on Chronicling America and Virginia Chronicle, free and searchable digital newspaper repositories–both are excellent resources to find much, much more on the story: 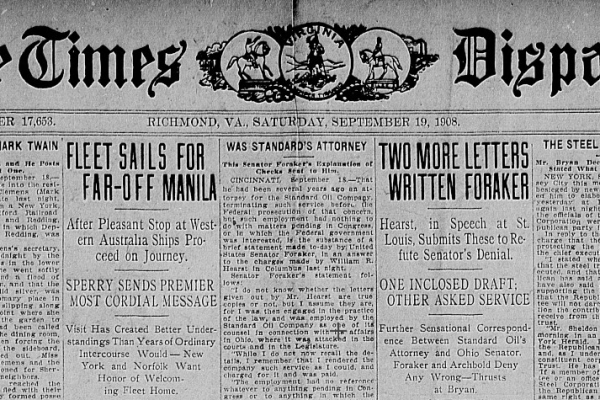 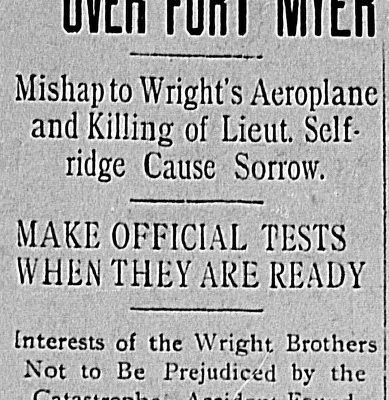 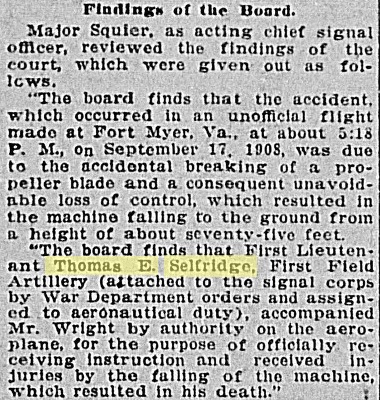 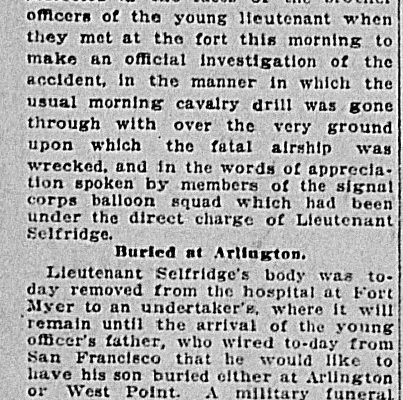 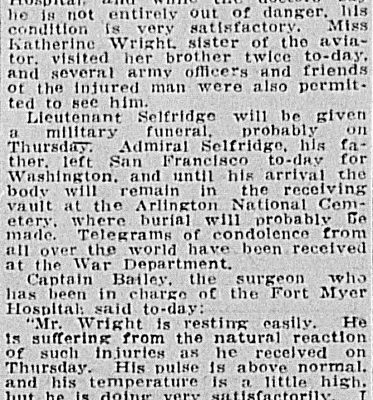 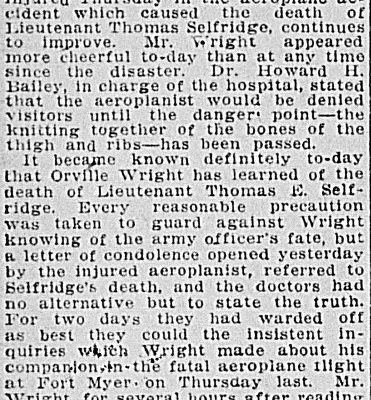 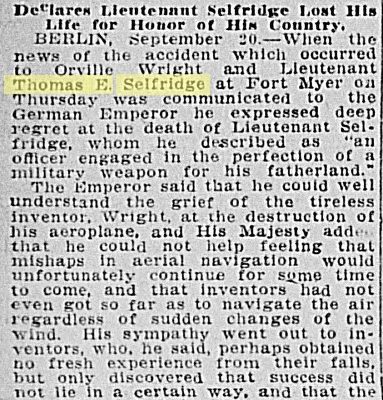 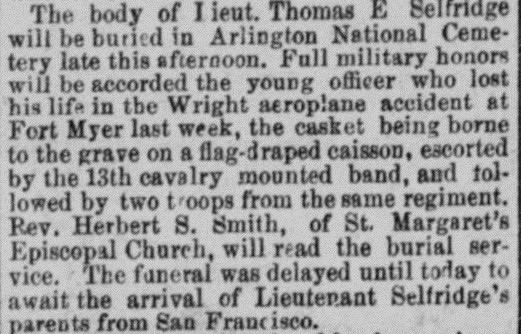 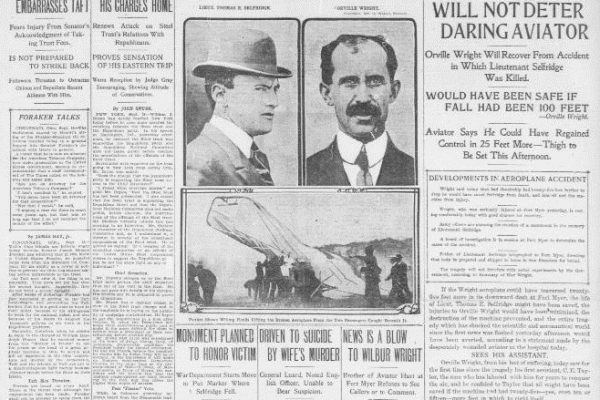 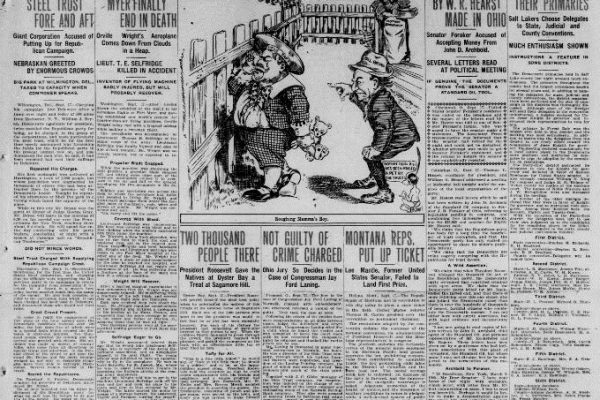 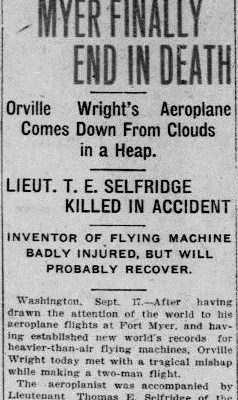 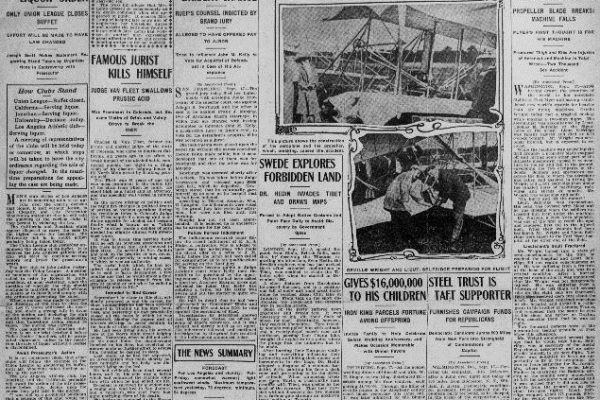 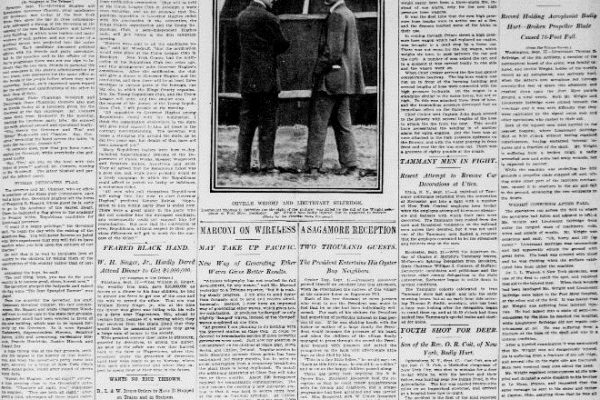 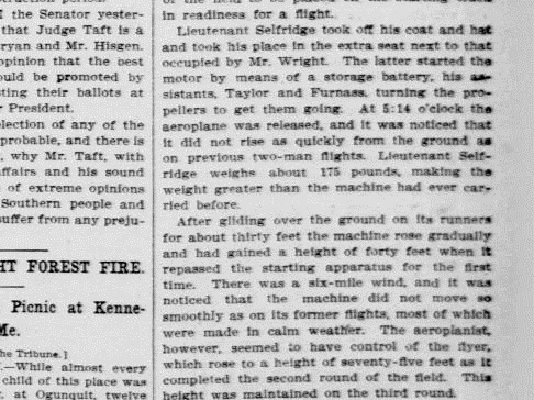 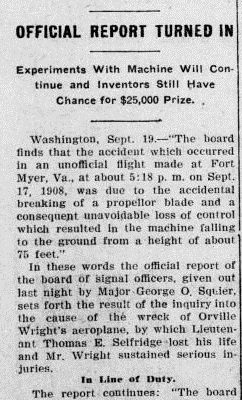