The idea for a Mother’s Day was originally conceived by Anna Jarvis, after her own mother’s death in 1905. The work her beloved mother, Ann Jarvis of Grafton, West Virginia, had done as a peace activist, Civil War nurse, and Sunday school teacher inspired Anna to want to create a day honoring “the person who has done more for you than anyone in the world.”

In May 1908, Senator Elmer Burkett, a Nebraska Republican, introduced a resolution to the Senate to establish a nationally recognized Mother’s Day. While many had already embraced the idea of signifying a day to honor mothers, creating an official holiday was met with resistance by some lawmakers. 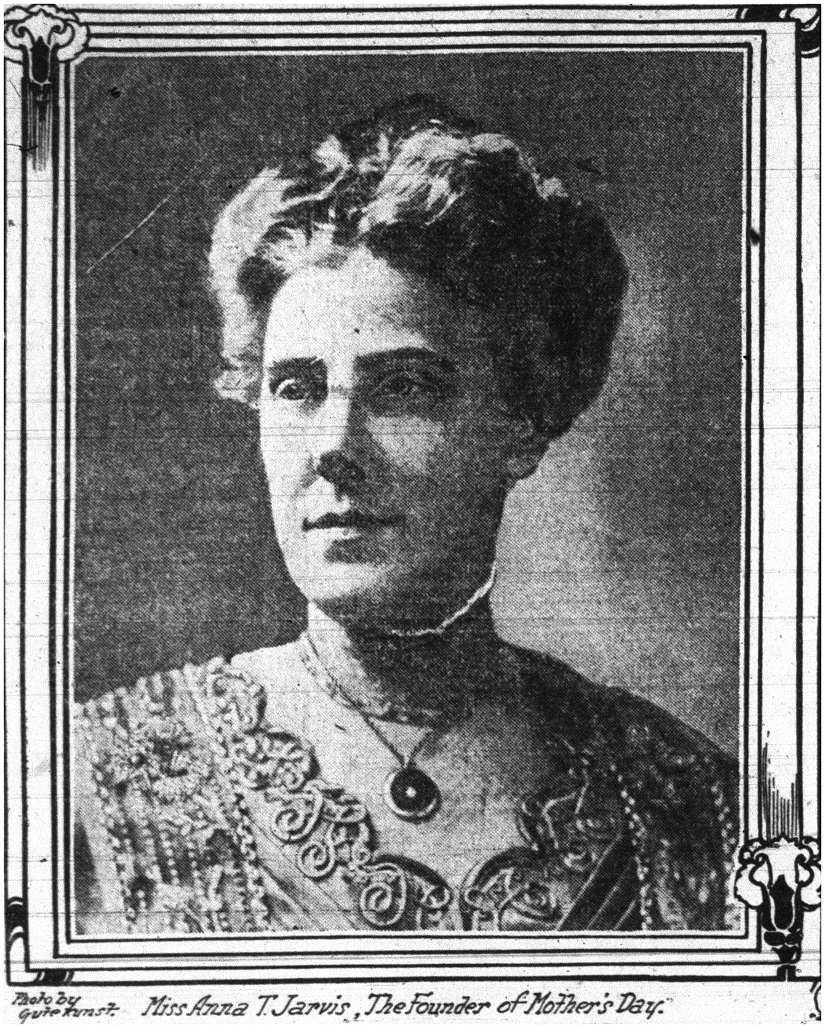 By a vote of 33 to 14, the Senate referred the Burkett Resolution to a Judiciary Committee. The 9 May 1908 issue of the Alexandria Gazette reported on the proceedings of the committee and the resistance with which the resolution was met: “There are some things so sacred that they are belittled by such a movement,” said committee member Fulton, “If we are going into this thing, there should be a father’s day and a grandfather’s day and then bring in our cousins, our uncles, and our aunts.” Another committee member, Jacob Herold Gallinger, said he “never heard of this movement and he did not need to wear a flower to remind him of his mother.” Another senator called the idea “absurd” and “trifling.”

After years of persistent pressure by Jarvis to establish the holiday, West Virginia became the first state to officially celebrate Mother’s Day in 1910. By 1912, “every governor in the land [had] issued proclamations calling upon the people to spend one day. . .honoring their mothers.” The 12 May 1912 Times-Dispatch featured a full-page spread celebrating the work Jarvis had done to establish a day for the “the best mother who ever lived–Your mother.” 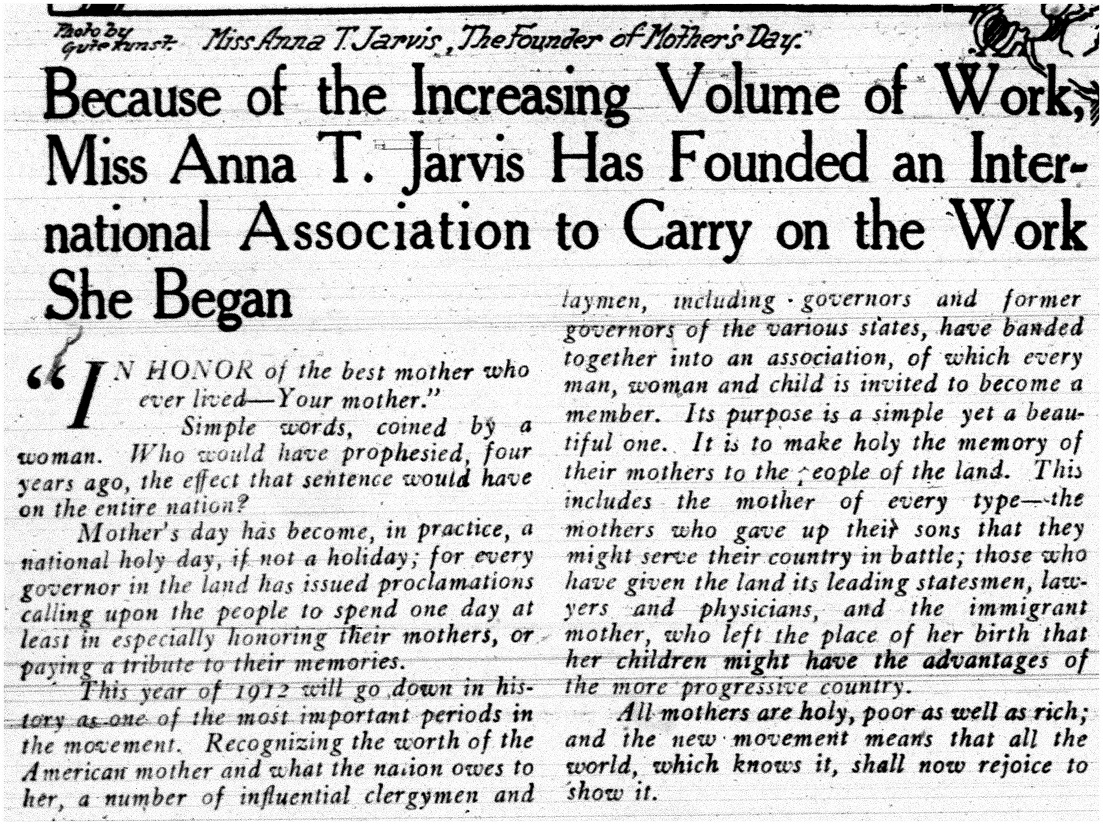 It took two more years for Mother’s Day to become a national holiday. On 8 May 1914 , Woodrow Wilson approved and signed a bill designating the second Sunday in May as Mother’s Day. In a proclamation, Wilson requested that government officials display the U.S. flag on the holiday and invited “the people of the United States to display the flag at their homes and other suitable places on the second Sunday in May as a public expression of our love and reverence for the mothers of our country.”

Despite Jarvis’s hard-fought efforts for Mother’s Day, she became dismayed by its growing commercialism. Her goal was to create a day of reverence and recognition–companies, however, took the opportunity to exploit the day for big profits. In spite of her disappointment with what became of it, Mother’s Day continues to be an important holiday celebrated throughout the world.