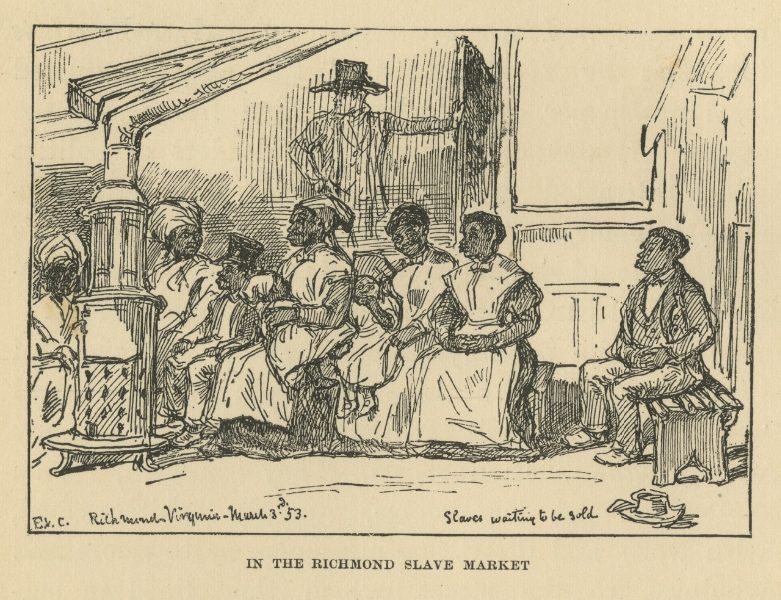 In 1820, Rachel Findley won freedom for herself and more than 35 of her descendants in a Powhatan County court in a law suit dating back to 1773. Hester Jane Carr, a free African American, was tricked into leaving her home in New York City in 1836 and sold as a slave in Petersburg. In 1860, Dennis Holt, a free African American living in Campbell County, petitioned to be re-enslaved so that he could remain with his enslaved wife. The stories of these lives and many more can be found within historic Virginia documents.

The Library of Virginia is pleased to announce the initiative Virginia Untold: The African American Narrative, a new digital collection of records that will help the public break through the “roadblock” that has long impeded African American history research. The project will bring to light the pre–Civil War experiences of African Americans documented in the Library’s myriad of primary source materials.

Taken as a whole, the stories found in Virginia Untold form a 400-year-old narrative of a people that has not been fully told. In some instances, these documents contain the only written account of that narrative told from the free or enslaved person’s point of view. These records help provide a voice to those silenced by centuries of oppression—their experiences bundled in administrative, estate, property, and court records stored in courthouses, attics, basements, and libraries.

The project began in 2013 through a generous donation from Dominion Resources. Since then more than 100,000 African American names have been indexed and nearly 40,000 digital images created. In this initial release, images of almost 5,000 records containing thousands of African American names are available on Virginia Untold. The images include freedom suits, freedom certificates, coroners’ inquisitions, certificates of importation, deeds of emancipation, petitions to remain in the commonwealth, petitions for re-enslavement, apprenticeship indentures, cohabitation registers, tax lists, and requisitions for public use during the Civil War. Many more documents from our collections will be added in future releases.

For academics and teachers, Virginia Untold makes previously disparate records available in one search interface, potentially illuminating new paths of inquiry and informing a new understanding of American slavery and its effects. Further, a greater understanding of the lives of free African Americans in Virginia—a state with two of the largest populations of free African Americans in the Mid-Atlantic states prior to 1860 (Alexandria and Petersburg)—will contribute greatly to future scholarship in the humanities, especially in the areas of African American, women’s, and legal history.

“This is a really exciting resource and a great addition to the resources that are already digitally available on the topic,” said Alexis Neumann, a PhD candidate in 19th-century southern history at the University of Pennsylvania, who had early access to the beta version as a tester. “[T]his is really a tremendous resource for researchers and teachers.” Terri L. Snyder, professor of American Studies at California State University- Fullerton, agreed that Virginia Untold and Making History: Transcribe “will be such important sources for the public in and beyond Virginia, and an amazing resource for individuals and scholars alike. Professor Snyder continued, “[Library of Virginia is] providing an immense service to the the public through these digitization and crowd sourcing projects!”

Exploring Virginia Untold will reveal how various record types work in concert to create a fuller picture of the lives of individual African Americans and society at the time. For example, the story of an emancipated slave named John Brown can be found in both a deed of emancipation and a petition to remain in the commonwealth in Petersburg court records. Such stories may not be confined to one locality. Free African Americans were required by law to register in the locality in which they resided. Through Virginia Untold, one can trace the migration of free African Americans from one locality to another through the freedom certificates they received when they registered with local government officials. Several of these stories from the archives, including those uncovered through the Virginia Untold project, have been posted to Out of the Box over the years. 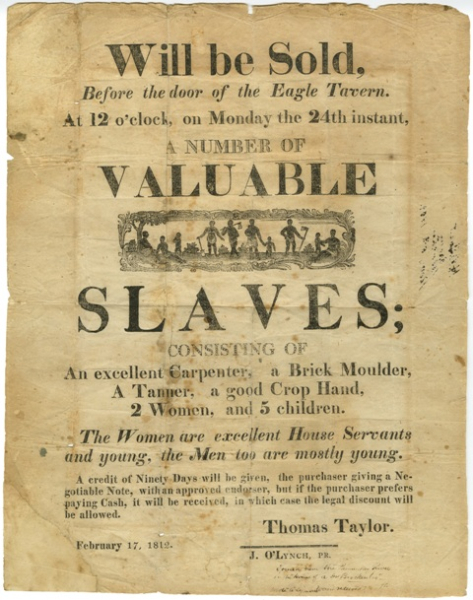 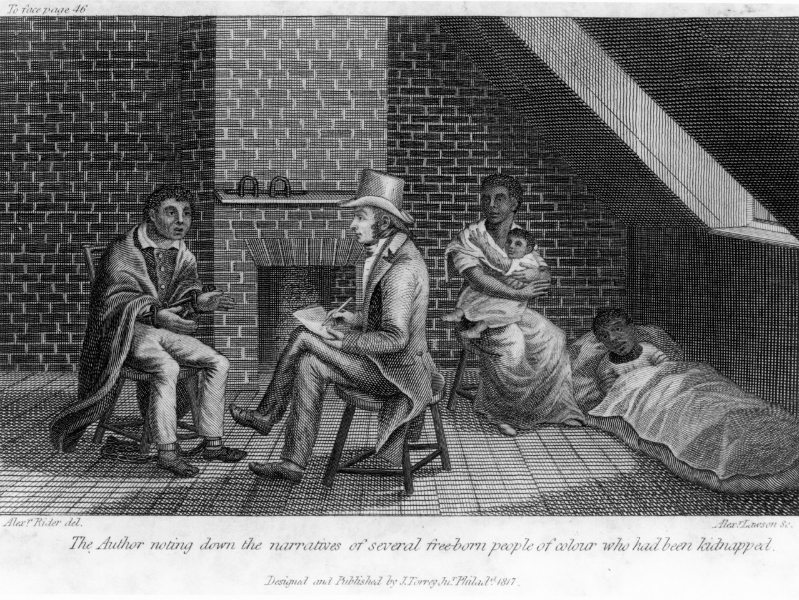 Engraving, A portraiture of domestic slavery, in the United States, Illustrated with engravings. By Jesse Torrey. Philadelphia, Published by the author, John Bioren, printer, 1817. 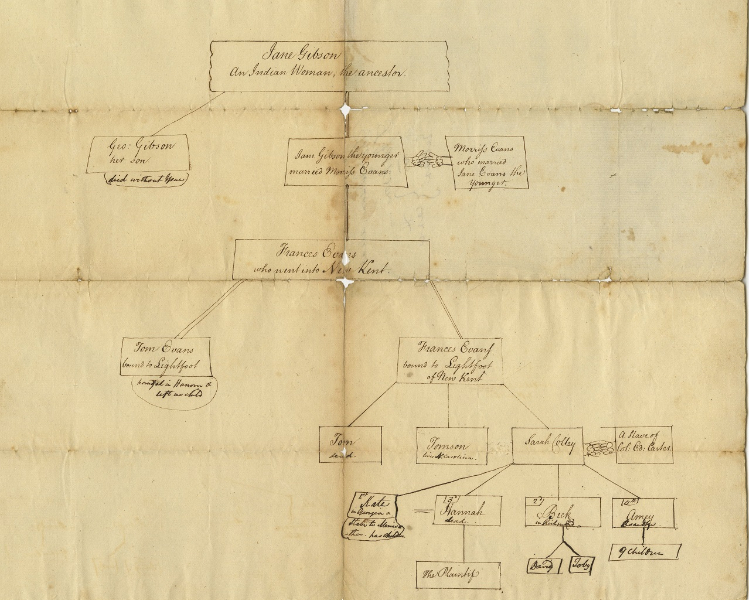 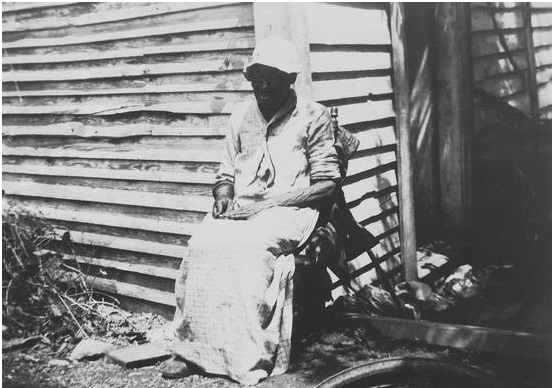 Virginia Untold complements and gathers from other digital collections already available at the Library of Virginia. These include the Chancery Records Index,  Virginia Chronicle, and the Legislative Petitions Digital Collection. Individuals and topics found in Virginia Untold can often be found in these collections as well. A Louisa County chancery suit found in the Chancery Records Index, for instance, involves slaves who should have been emancipated by the deed of John Poindexter of Louisa County, which can be found in Virginia Untold. Several record types found in Virginia Untold have been transcribed through our crowdsourcing project Making History: Transcribe, providing even greater search capability by allowing for full-text keyword searching. This release of Virginia Untold includes transcriptions of freedom suits, coroners’ inquisitions, petitions to remain in the commonwealth, and petitions for re-enslavement. More detailed information identified in each record type is available in a spreadsheet found here. As more records are transcribed by the public through Making History: Transcribe, they will be added to Virginia Untold.

By making this narrative more accessible and encouraging the public to actively engage with the records in Making History: Transcribe, Virginia Untold aspires to promote greater understanding and spark conversation about African American history in Virginia and the nation.

Following this initial release, project staff will embark on a 6-9 month evaluation and assessment stage before making decisions about the future direction of Virginia Untold. Staff will engage users formally and informally, in-person and online, seeking to understand user demographics and soliciting feedback and opinion on use, collection selection, and technology. 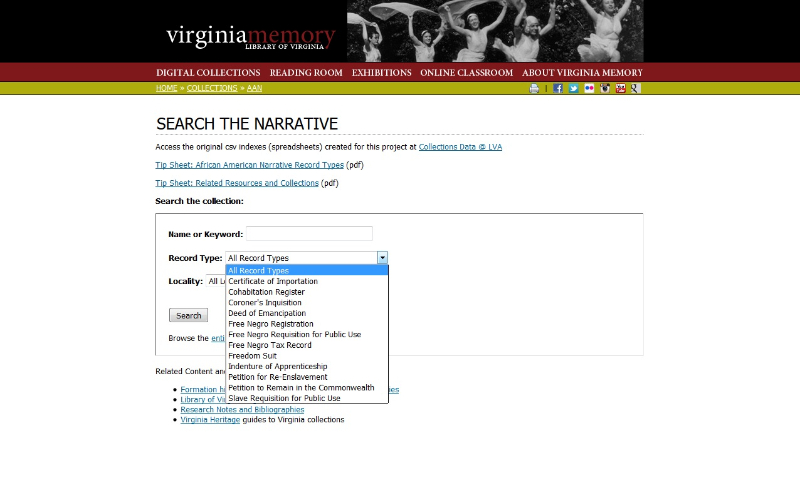 As the Library assesses reactions to this release from community stakeholders, the public, scholars, educators, and the digital library community, we will simultaneously seek appropriate avenues for increased project funding, including federal and state support, gifts, and grants to assist with new technologies, more digital content, and partnerships with the public and other institutions.

The processing of local court records found in Virginia Untold was made possible through the innovative Circuit Court Records Preservation Program (CCRP), a cooperative program between the Library of Virginia and the Virginia Court Clerks Association (VCCA), which seeks to preserve the historic records found in Virginia’s circuit courts. The scanning, indexing, and transcription of the records were funded by Dominion Resources and the Library Services and Technology Act (LSTA) administered by the Institute of Museum and Library Services (IMLS).