During the night of 23 April 1829, six African American men made a daring escape from the Norfolk County jail. One of them was William Johnson Hodges, a free man suspected of forging free papers and passes for enslaved Virginians. In this case, he had been convicted of changing the amount owed on a bill for another man and sentenced to five years imprisonment. He fled to Canada and later settled in Brooklyn.

The Hodges family of Princess Anne County and Norfolk played an important role in Virginia’s postbellum political landscape. Four members of the family are included as part of the Library of Virginia’s Dictionary of Virginia Biography project in collaboration with Encyclopedia Virginia to document the lives of African American legislators and members of the Virginia Constitutional Convention of 1867–1868.

William Johnson Hodges was the eldest son of Charles Augustus Hodges and his second wife, Julia Nelson Willis Hodges, free African Americans of mixed-race ancestry. Julia’s father was a white man who reportedly served in the Continental Army during the American Revolution. The family was one of the more prosperous of the free black families in Princess Anne County. Charles Hodges purchased three farms and his own father’s freedom, and arranged for his children’s education. At some point, almost every member of the family moved to New York to avoid the discrimination and violence that afflicted “free persons of color,” as the laws then defined them. Charles and Julia Hodges returned to Virginia after only a short stay in the north. He died in 1843 but she lived until at least 1866.

After settling in Brooklyn, William went on to become a well-known Baptist minister, antislavery activist, and voting rights advocate. He returned to Virginia during the Civil War and was the founding president of the Colored Monitor Union Club of Norfolk, which in the spring of 1865 tried unsuccessfully to arrange for more than a thousand African American men to vote. Having attracted the attention of the authorities, in 1866 William was arrested to serve out his sentence from 1829, although an agent of the Freedmen’s Bureau helped him secure a pardon from the governor.

Throughout his life, William made enemies and ran into trouble with the law. In 1870, he won election as a justice of the peace, a member of the county board of supervisors, and as superintendent of the poor in the Butts Road Township of Norfolk County. He forfeited the first two offices when he moved out of the township, however, and in 1871, the county court deprived him of his position as superintendent of the poor. That year the Norfolk County Court convicted him of perjury, and the judge sentenced him to a year in jail. When he was released in June 1872, a deputy U. S. marshal arrested him on a charge of fraud in assisting freed people collecting pensions. William Johnson Hodges died in September 1872 before he could stand trial.

William’s younger brother, Willis Augustus Hodges (1815–1890), moved back and forth between Princess Anne County and New York between the mid-1830s and the end of the Civil War. He, too, became a Baptist minister while residing in New York. He whitewashed houses to earn the money to co-found a short-lived weekly antislavery newspaper, The Ram’s Horn. As a publisher of the paper, Willis became friendly with abolitionist John Brown and possibly knew in advance about his plan to seize the federal arsenal at Harpers Ferry in October 1859. During the Civil War Hodges returned to Virginia two or more times and may have guided United States Army units around Princess Anne County. Afterwards he opened a school with the assistance of the Freedmen’s Bureau. 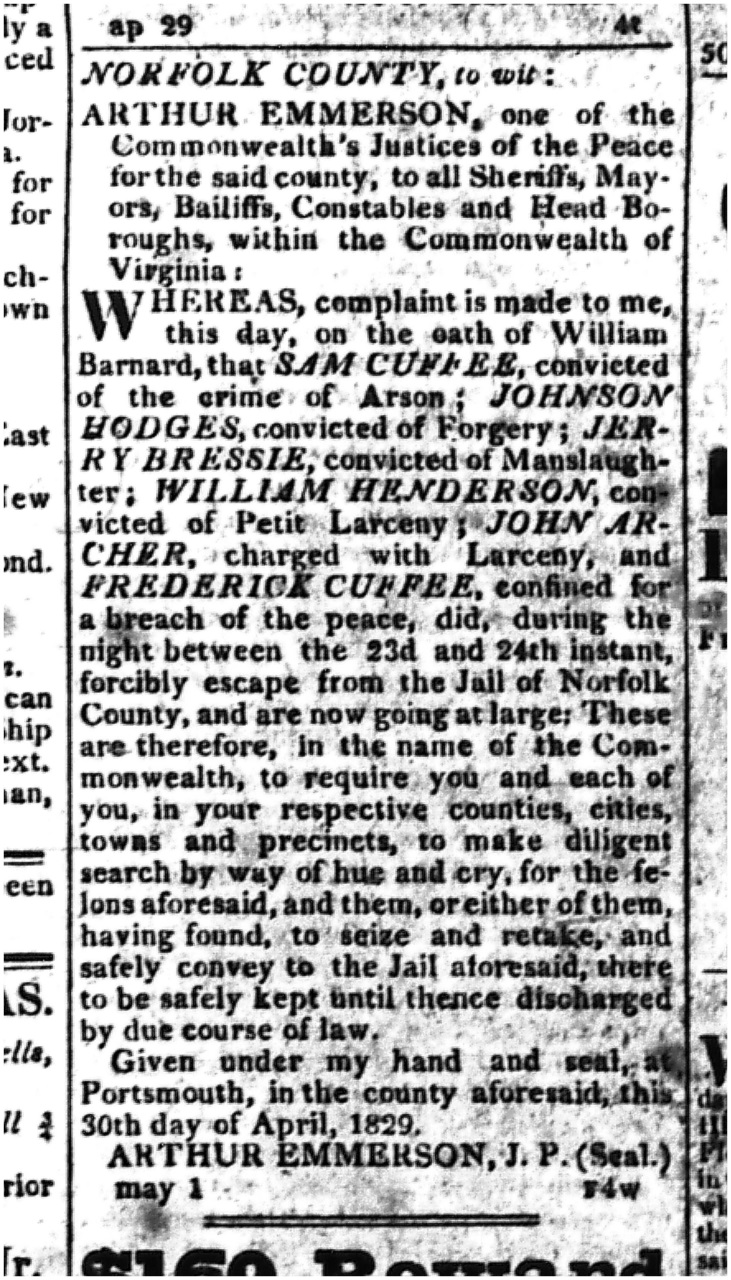 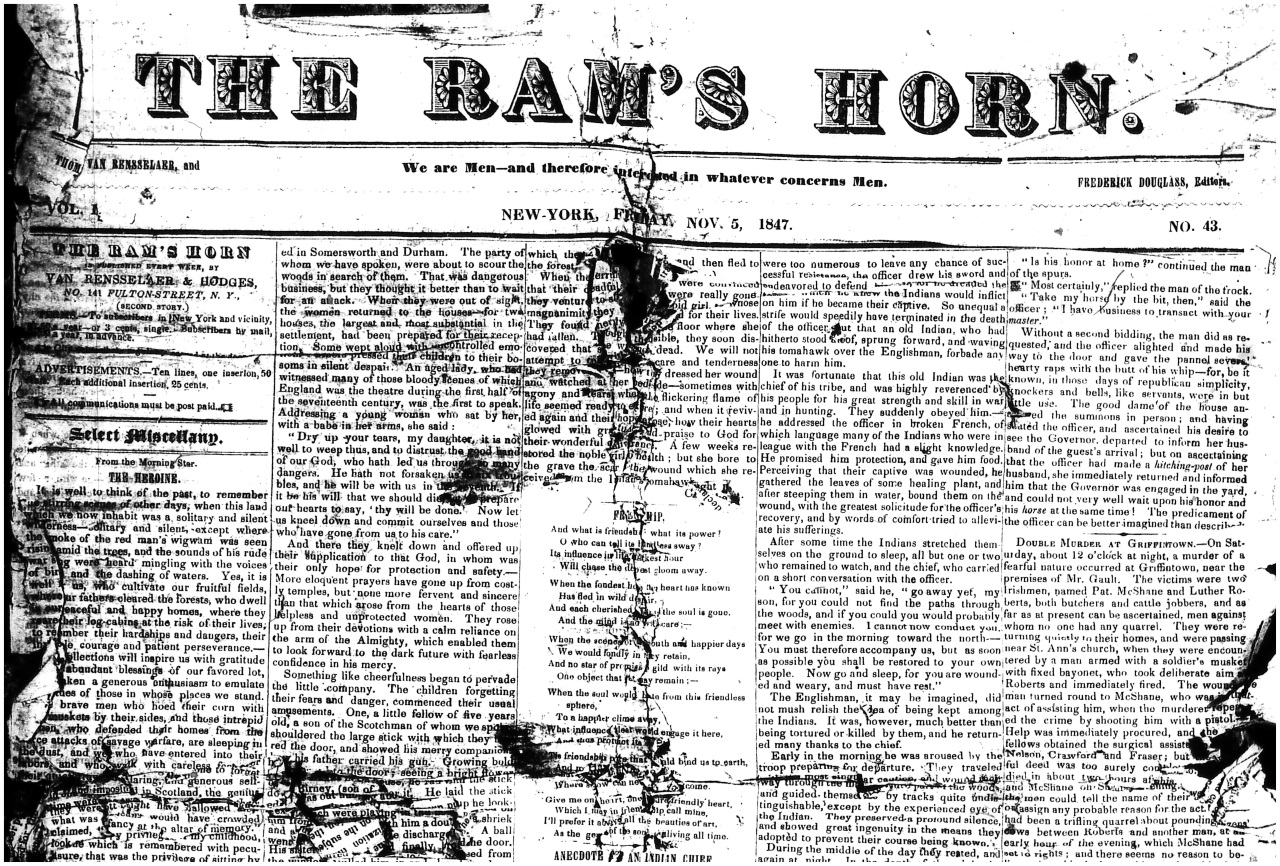 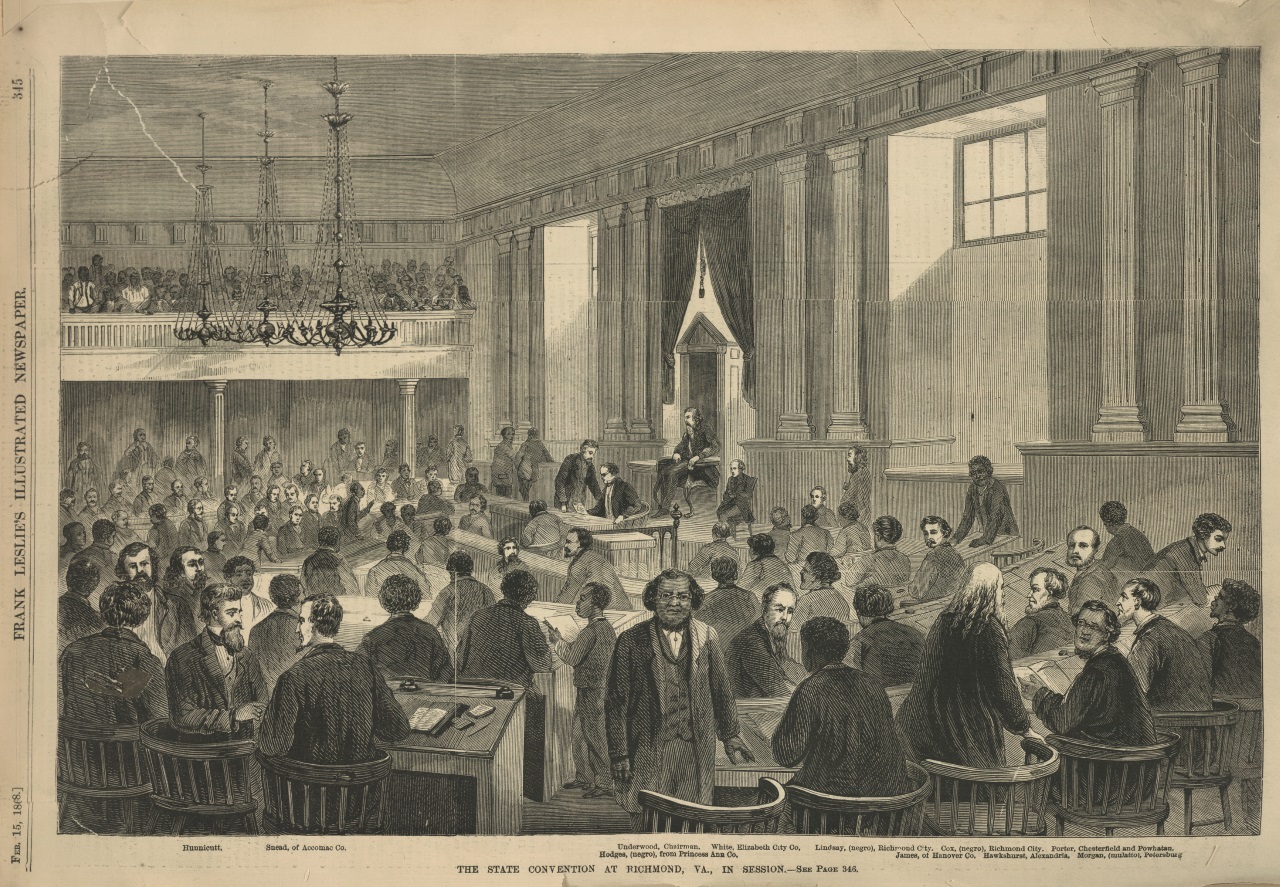 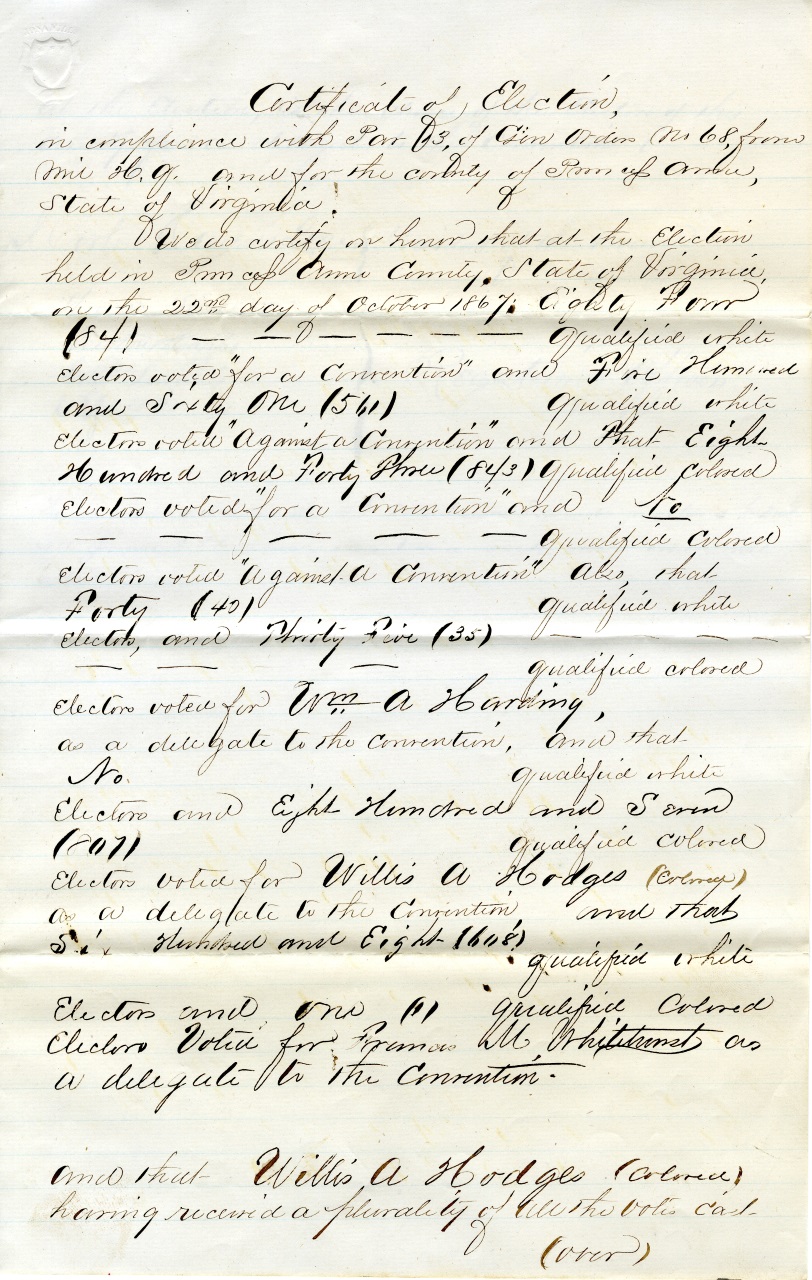 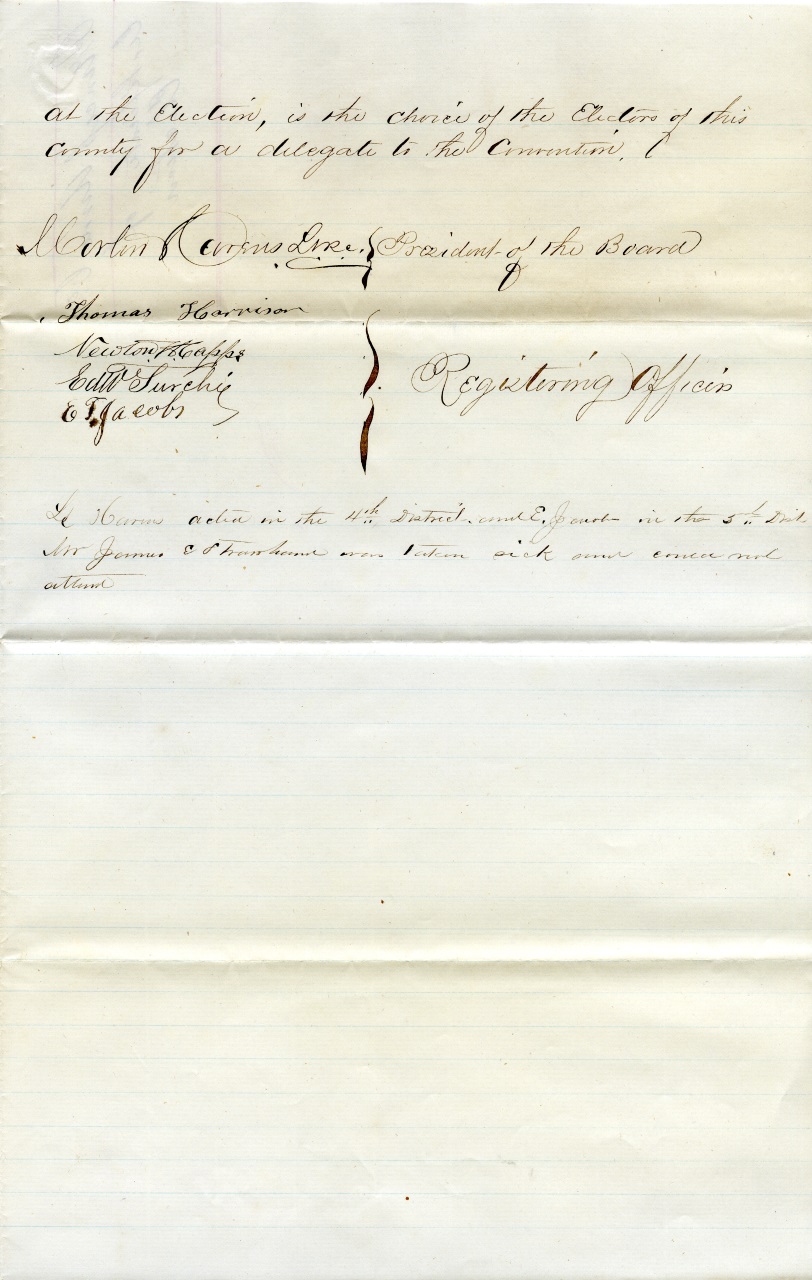 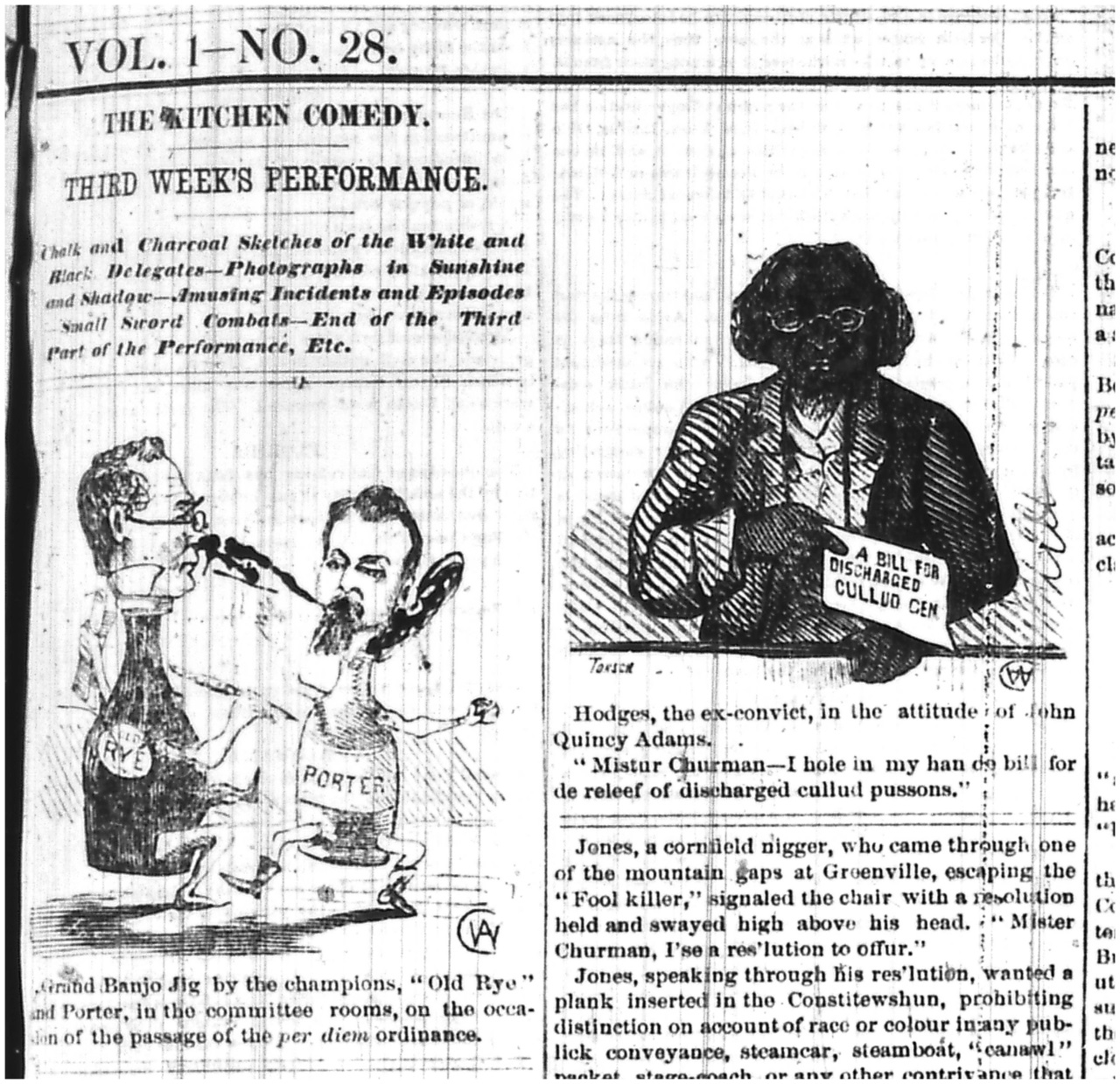 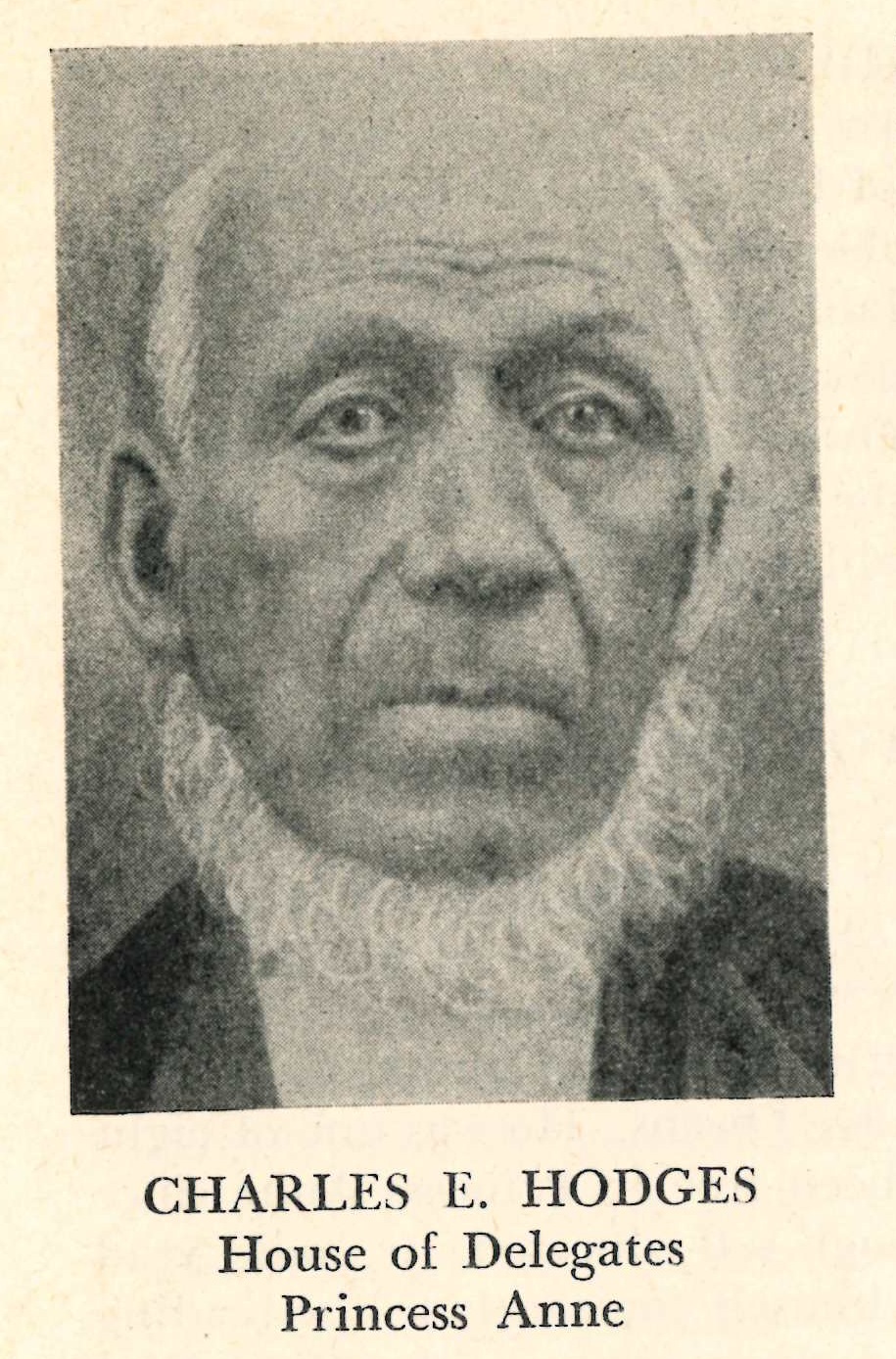 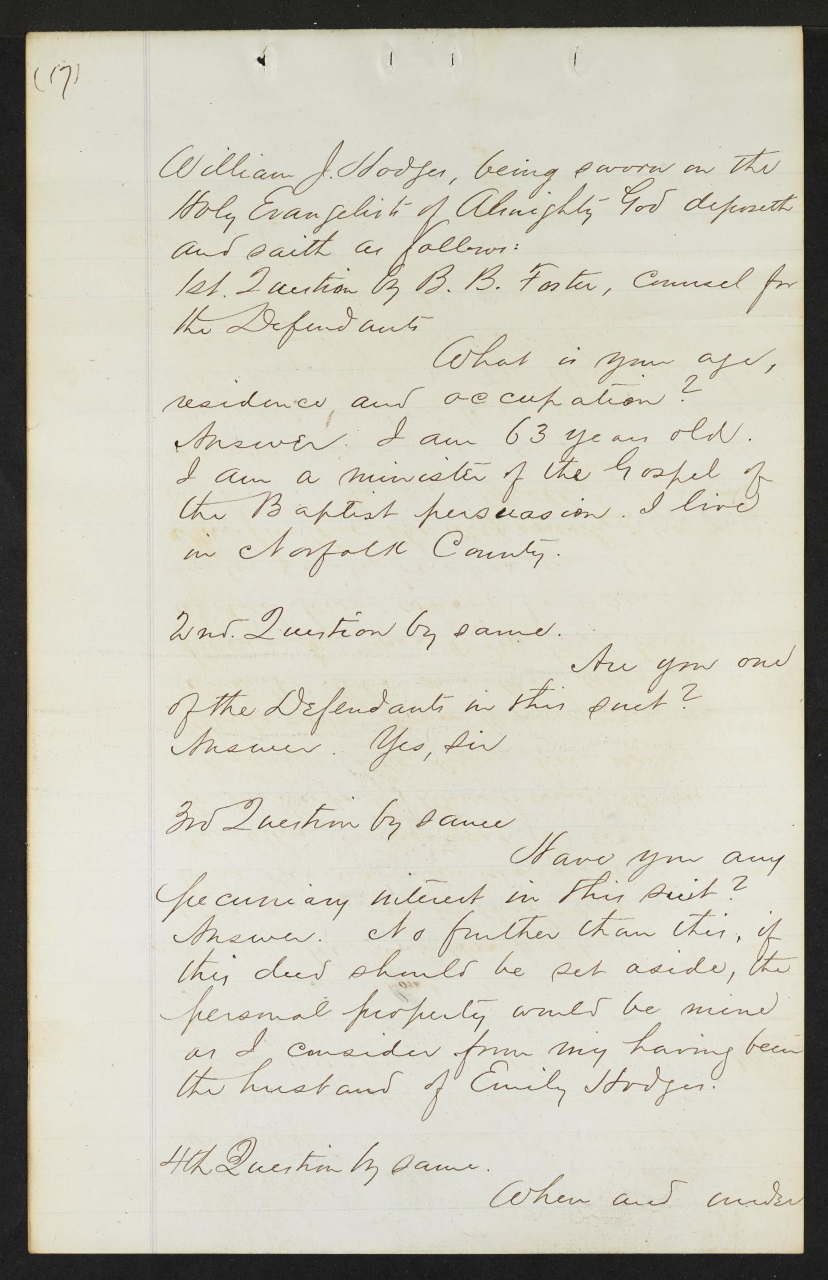 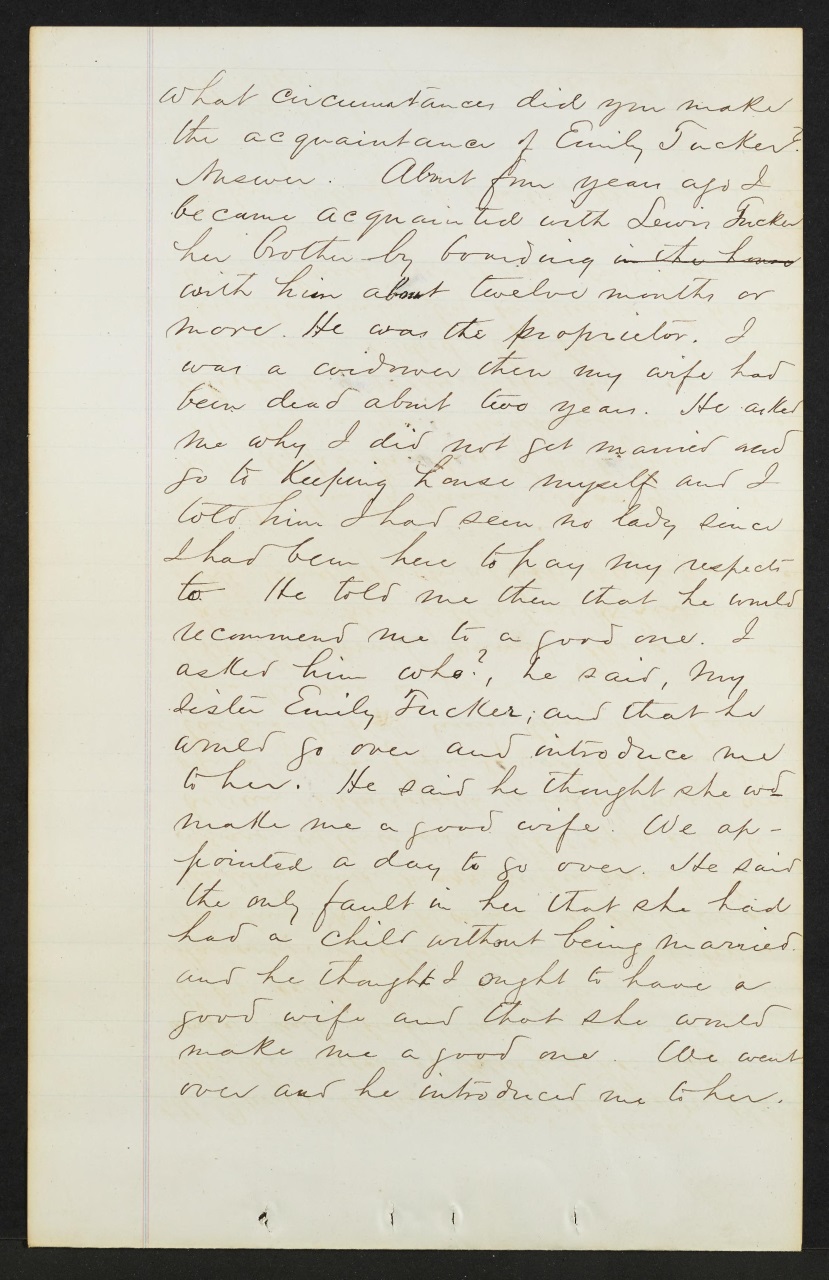 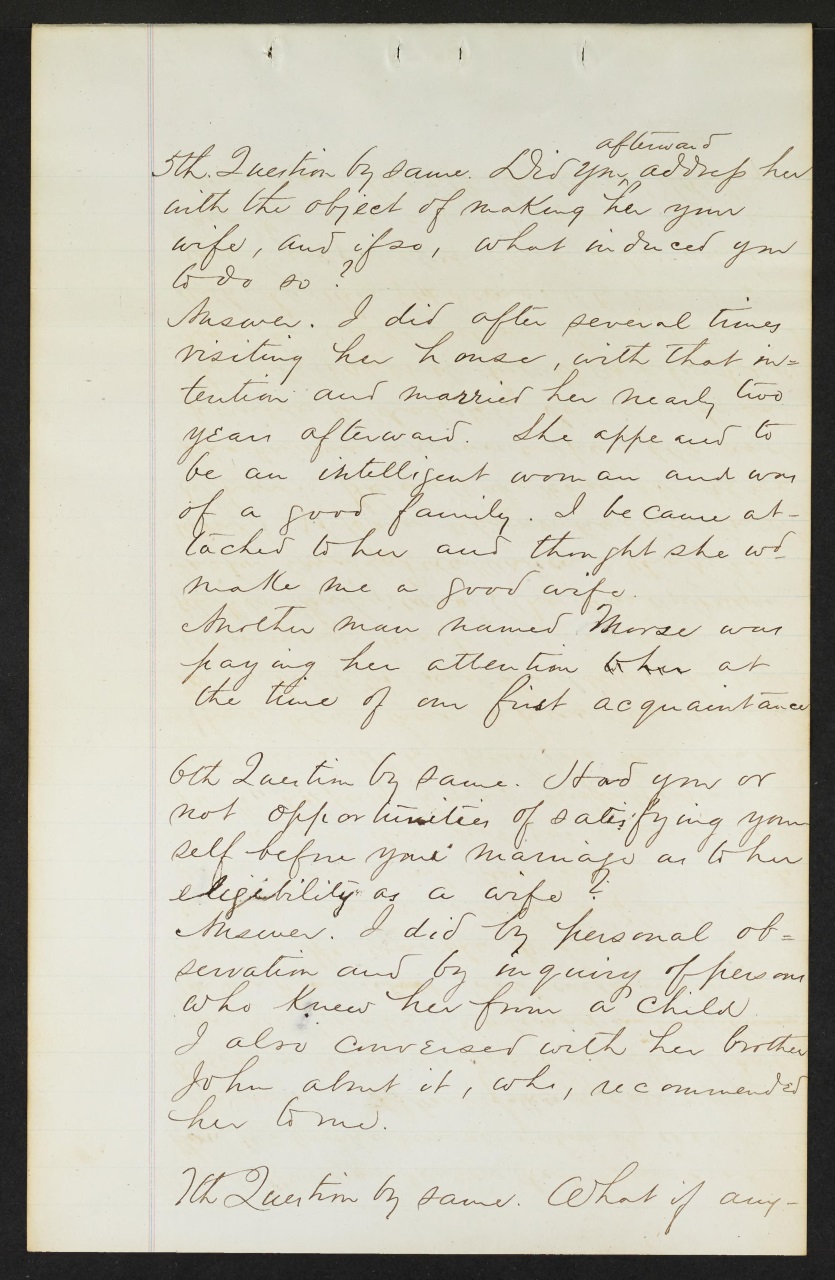 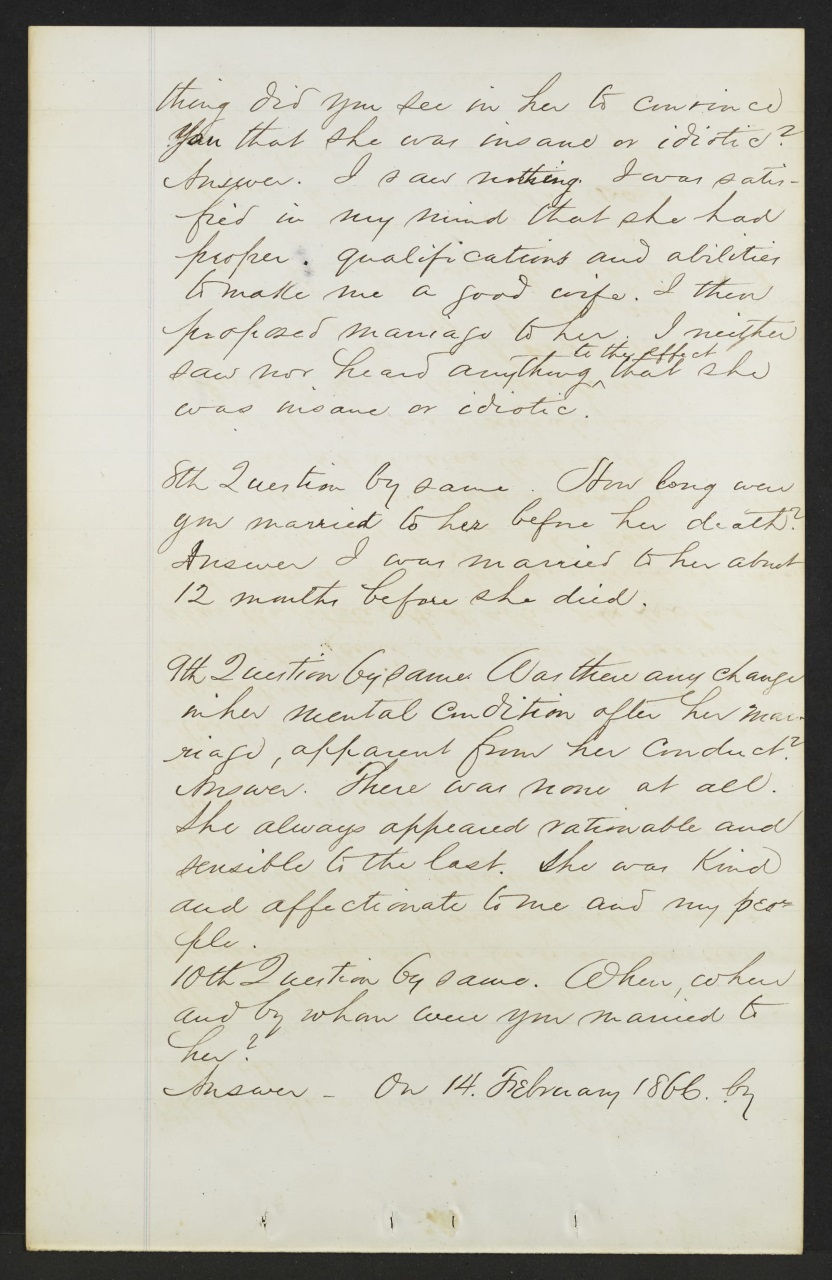 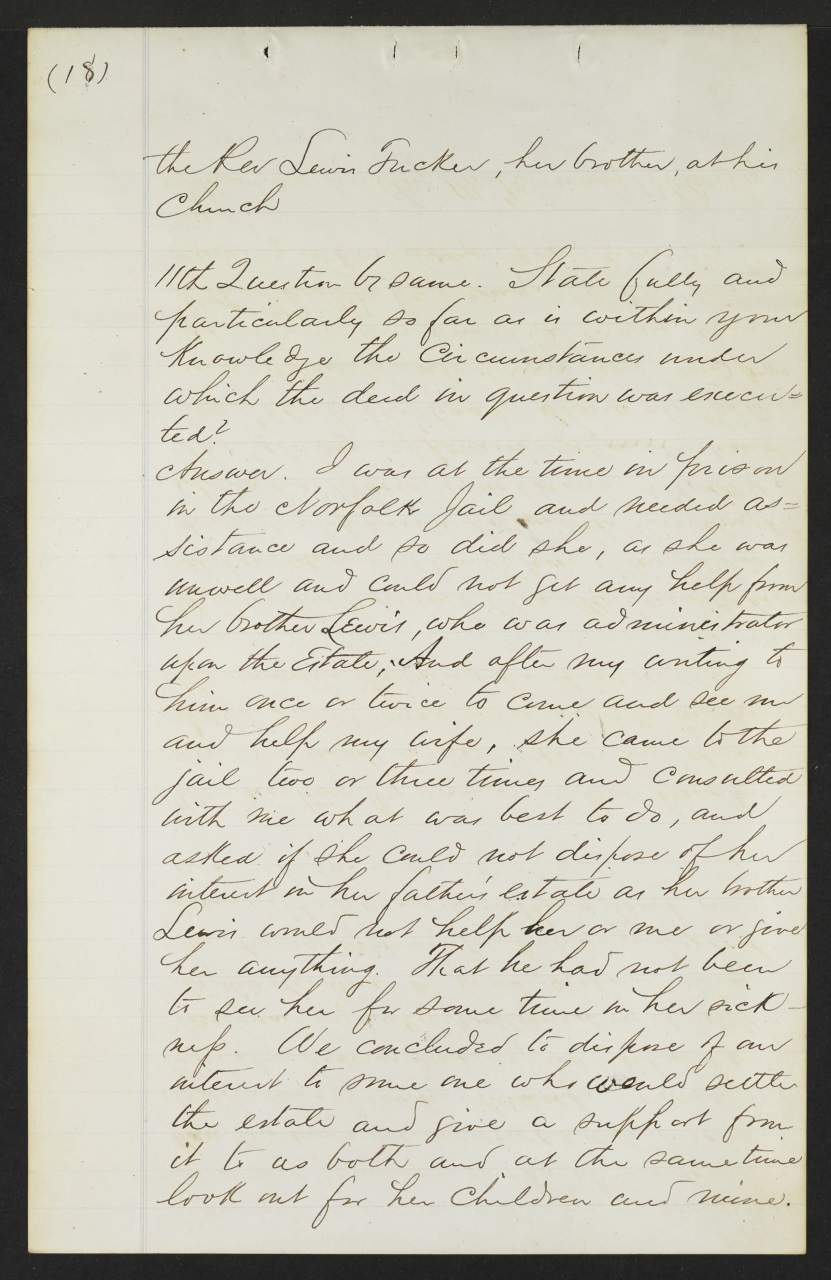 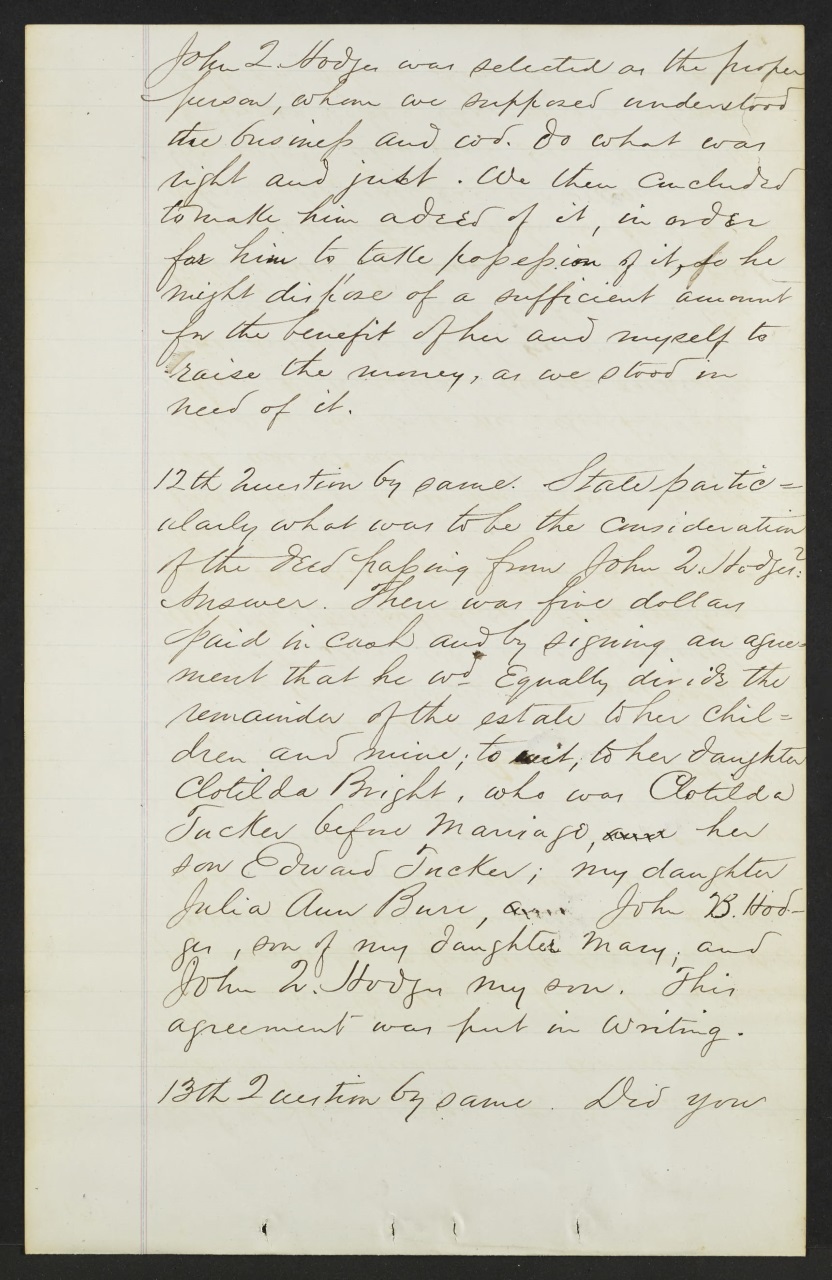 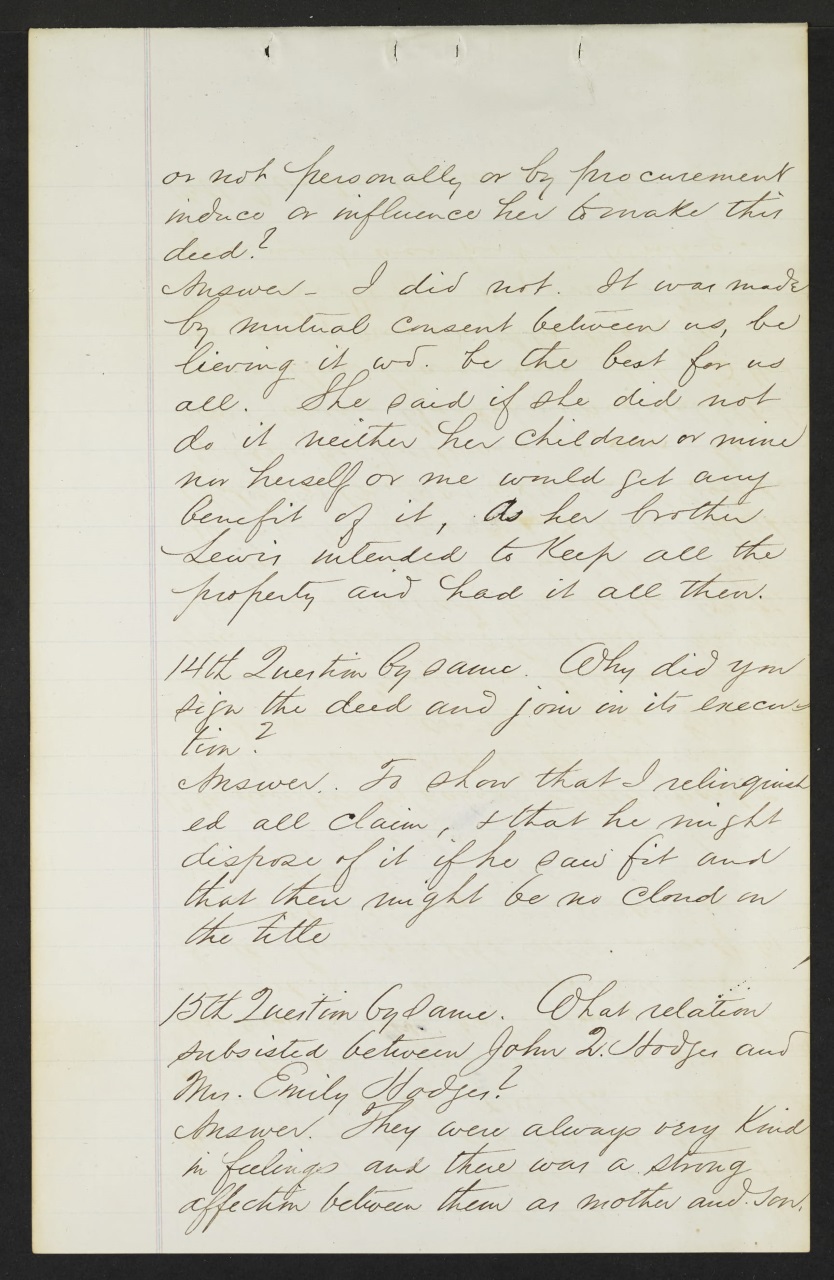 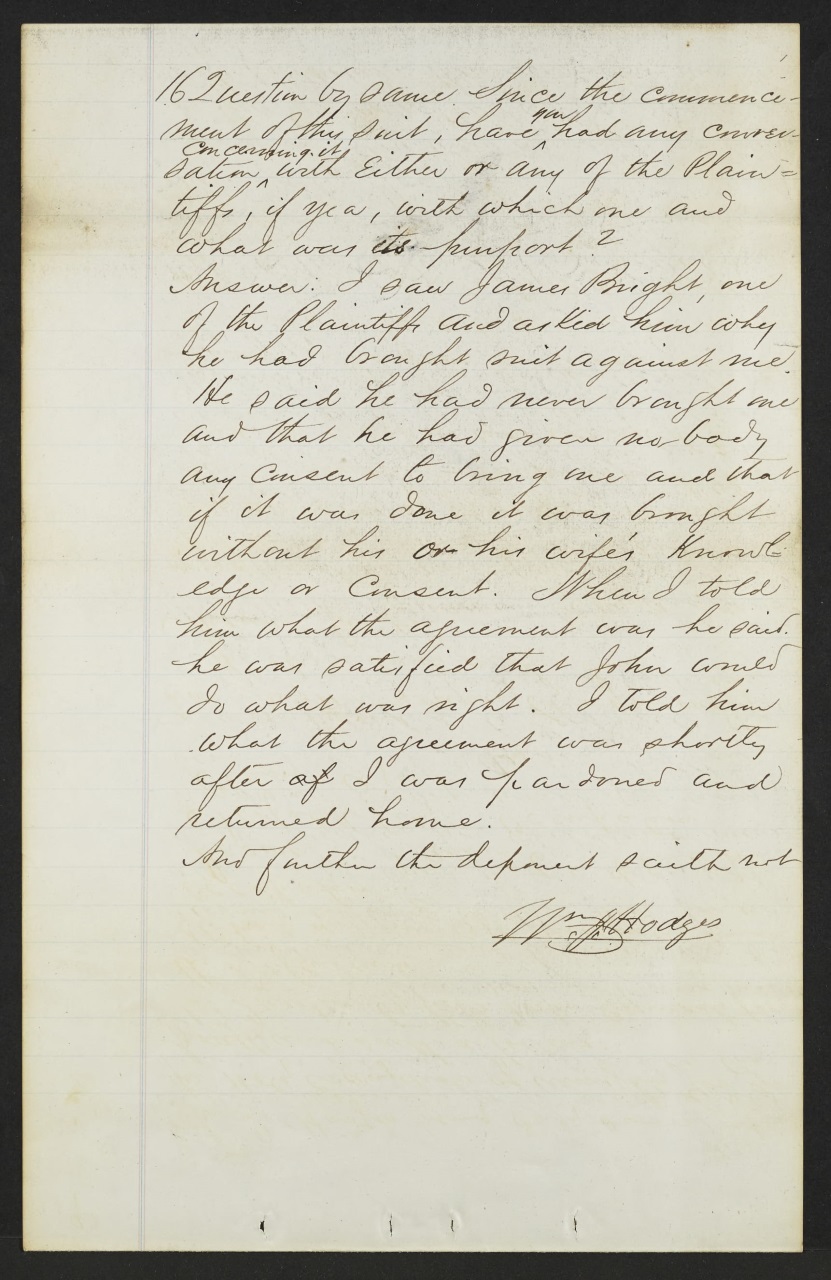 On 22 October 1867, in the first election in which African Americans voted in Virginia, Hodges won election to represent the county in the constitutional convention that met in 1867–1868. He received 807 votes, all from African Americans. His nearest competitor, a white man, received 609 votes, all but one from white men. Of the two dozen African American members of the convention, Willis A. Hodges was then the best known, which is likely why he was pictured front and center in an illustration of the convention published in the nationally circulated Frank Leslie’s Illustrated Newspaper on 15 February 1868. The image clearly shows the prominent glasses that earned him the name of Specs Hodges or Old Specs Hodges. He was one of the most vocal delegates in defending the citizenship rights of African Americans and voted for every one of the radical reforms the convention included in the new state constitution. Hodges was sometimes confused with his older brother by journalists, who mistakenly referred to him as a convicted felon. Although Hodges and his younger brother Charles E. Hodges had been arrested in 1844 for disturbing the peace when preaching antislavery sermons, the Princess Anne County Court had dismissed the charges without a trial.

Charles E. Hodges (1819–after April 29, 1910) inherited the family farm, but was swindled out of his property and fled with his wife, children, and mother to New York while facing death threats. Like his brothers, he became a Baptist minister. After the Civil War he and his family returned to Virginia and lived in Norfolk County. On 6 July 1869, when voters approved the new constitution that his brother had helped write, Charles won election to a two-year term in the House of Delegates from the three-member district of Norfolk County and the town of Portsmouth. In the brief October 1869 special session of the General Assembly, he voted to ratify the Fourteenth and Fifteenth Amendments as Congress required before it seated senators and representatives from Virginia. During the regular session, he voted to delete a mandatory racial segregation provision from the bill to establish the state’s first statewide system of public schools. The motion did not pass. Two days later Charles joined most of the other African American delegates in voting against passage of the bill as a measure of protest against enforced segregation.

John Quincy Hodges (1841–after 1900) had been named by his father, William Johnson Hodges, for former president and antislavery congressman John Quincy Adams. Born and educated in New York, John enlisted in the 37th United States Colored Troops in February 1864 when he and his father were in Norfolk, and after the war helped freed people secure pensions from the federal government. Like his uncle Charles Hodges, on 6 July 1869, he won election to represent Princess Anne County in the House of Delegates. John also voted to ratify the Fourteenth and Fifteenth Amendments in October 1869, but he missed the important votes on establishing the public schools in 1870. He moved back to New York in the 1880s and worked as a clerk at the time of the 1900 census, when he and his sister were identified as white by the census enumerator. Between 1867 and 1892, John and his father were embroiled in a series of lawsuits filed by his stepmother’s family, who contended that she was mentally unable to convey her share of the family farm to John. The records of these suits contain valuable information about the family and are available free online as part of the Library of Virginia’s Chancery Records Index database. One example is the Norfolk County case of James Bright & wife & etc. vs. William J. Hodges & etc., 1888-042.

The Hodges family are just a few of the many African Americans who fought for equal rights in the decades following the Civil War as members of the Constitutional Convention of 1867–1868 and the General Assembly. The Dictionary of Virginia Biography continues to publish the life stories of these remarkable individuals with our digital partner Encyclopedia Virginia. An exhibition of documents telling the story of the Hodges family will be on display in the Library of Virginia’s Local History and Genealogy Room in March–April 2019.

— Brent Tarter, a founding editor of the Dictionary of Virginia Biography 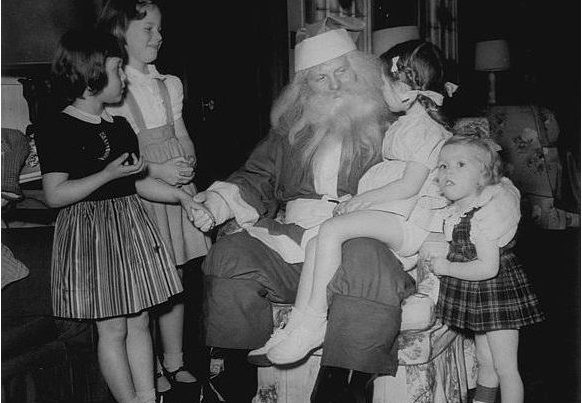 Happy Holidays 2018 from Out of the Box!