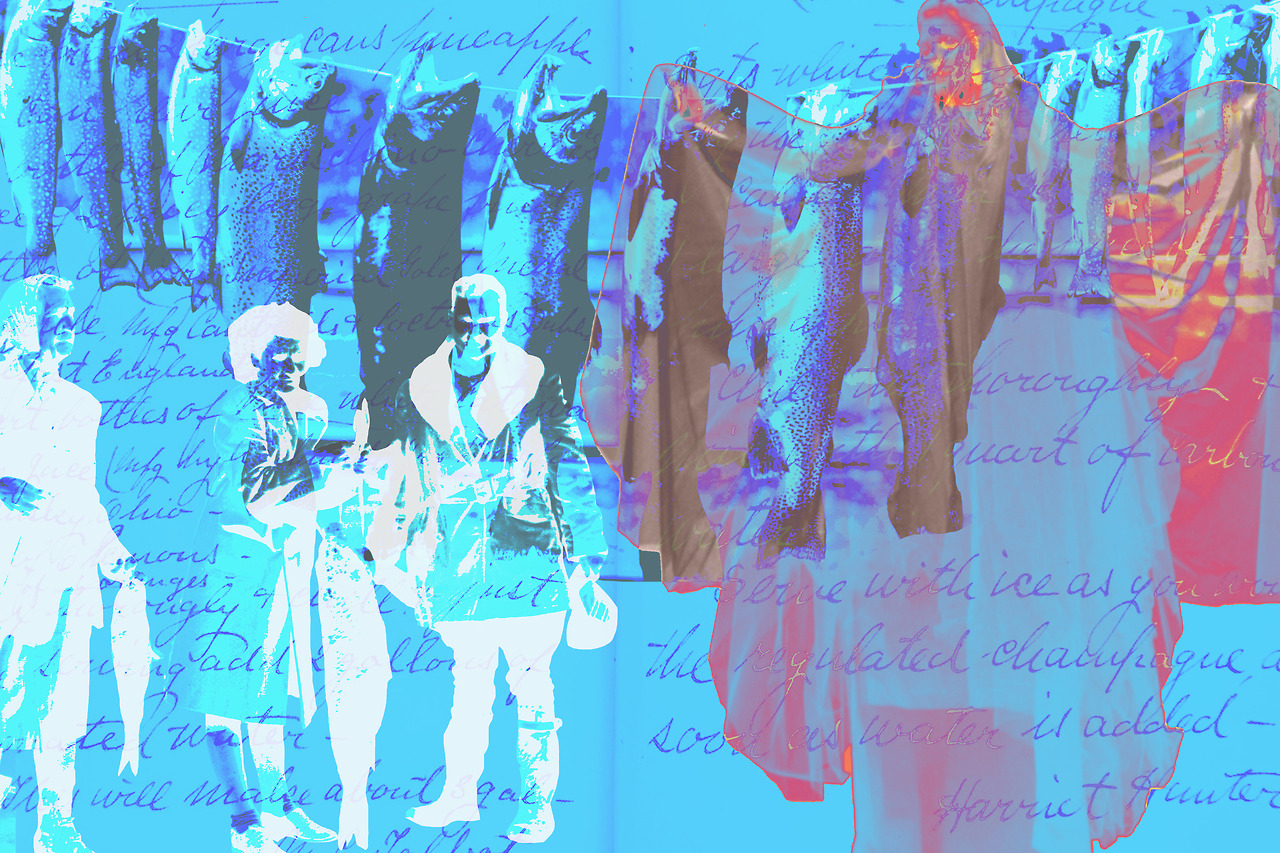 When Archives Meet Art and Contests

The following is republished with permission from
Quail Bell Magazine and Ghia Vitale.

REMIX is a contest that showcases archive-inspired art and literary submissions. Check out this exclusive interview with Sonya Coleman, the coordinator of REMIX.
If art and history make you weak in the knees, you’ve got to check out REMIX. REMIX features one-of-a-kind art and words that are full of culture, heritage, and meaning. Christine Sloan Stoddard, Quail Bell’s own founding editor, won REMIX in 2016 and 2017. She is only one of the many amazing creators who’ve won REMIX. Archives aren’t dead and the art/creative writing in REMIX proves it.​Learn more about REMIX from this interview with Sonya Coleman: 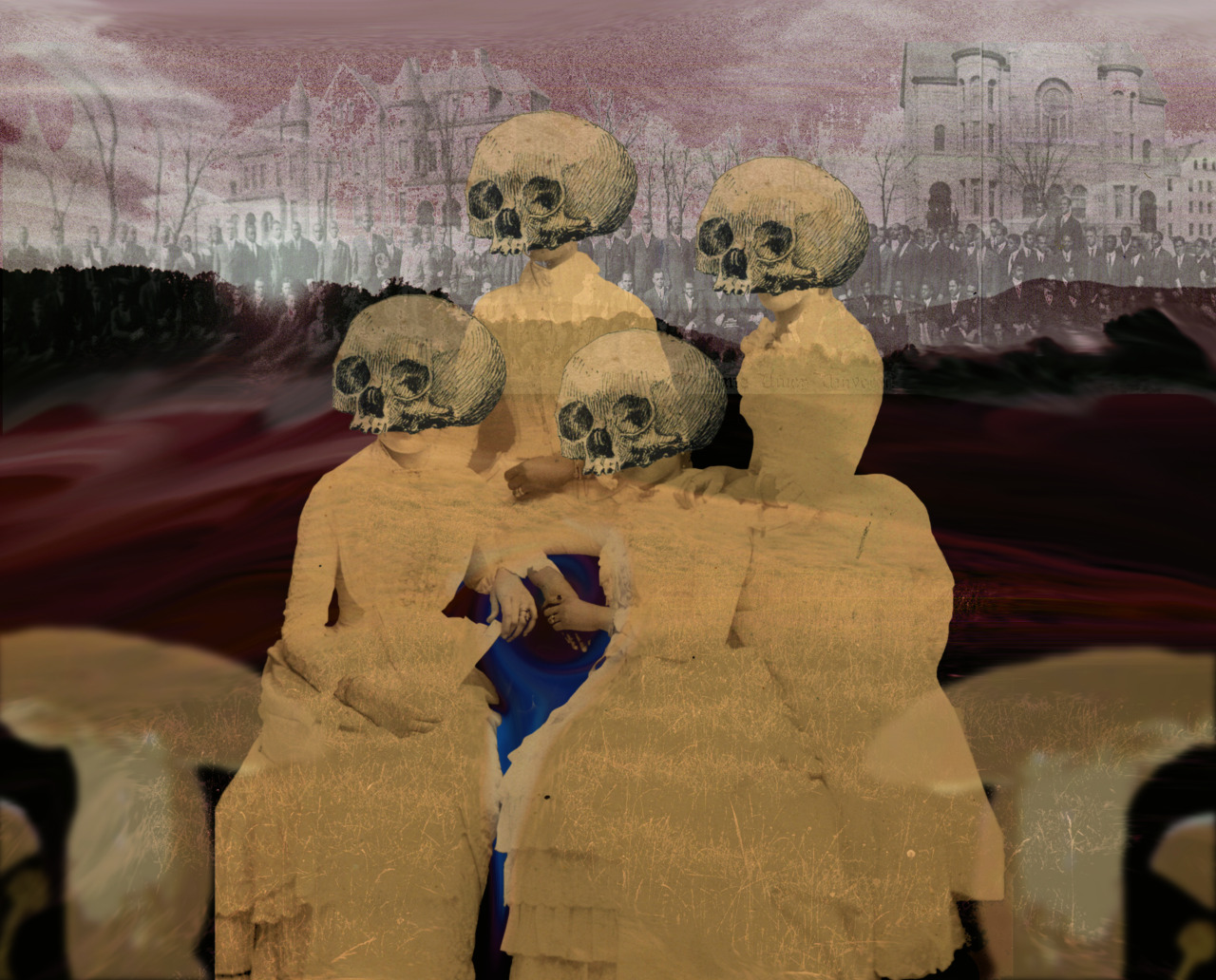 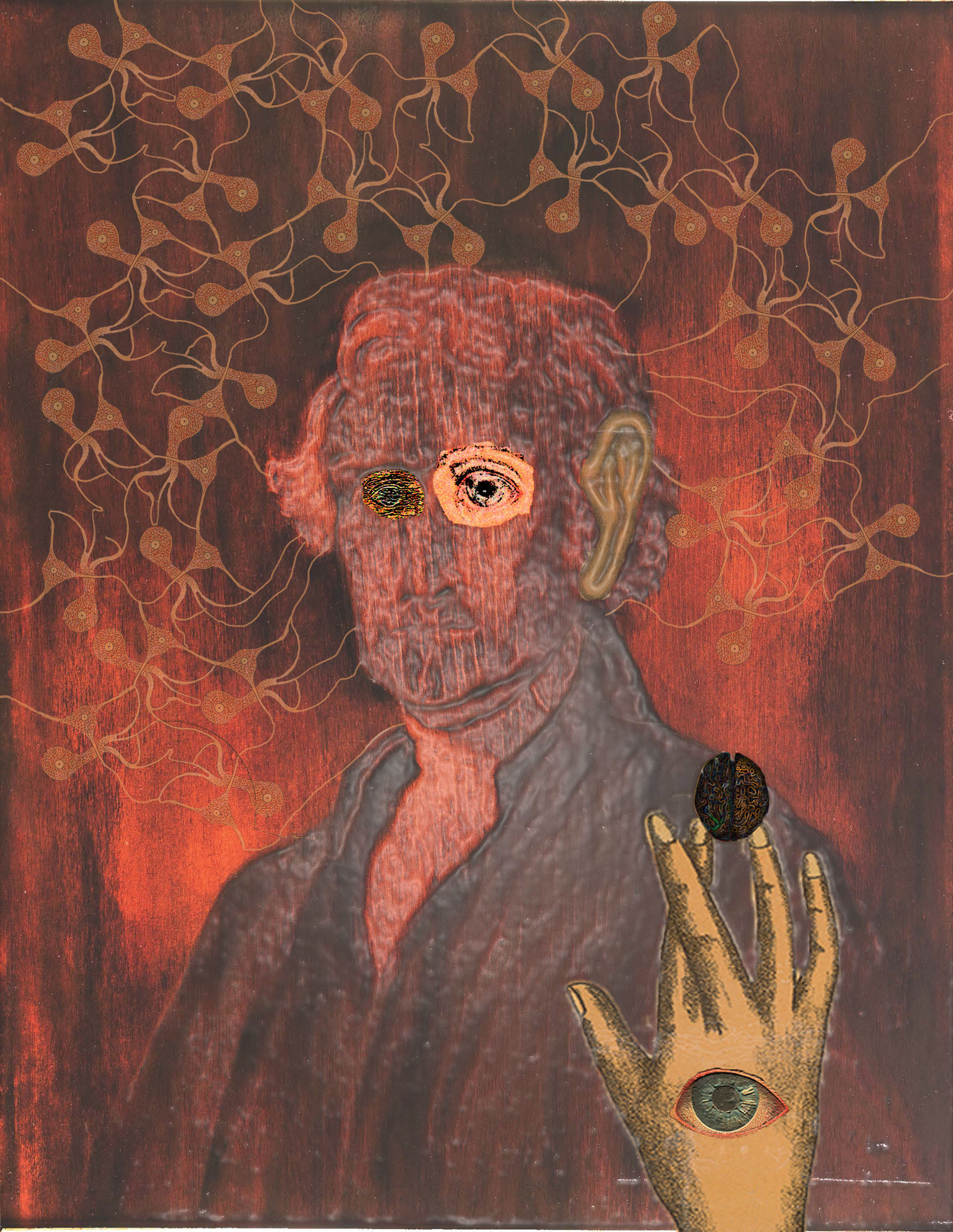 I had heard a lot of archivists in MARAC (Mid-Atlantic Regional Archives Committee) talking about wanting to do something beyond the usual tours for American Archives Month, which is celebrated in October each year. In the meantime, the Tate Museum held the 1840’s GIF Party and DPLA (the Digital Public Library of America) started hosting their GIF It Up contest. The Tate had over 500 entries in their contest and a final exhibition of the submissions in the gallery alongside the original paintings. In some ways, that’s still my dream⁠—pairing originals with the works they’ve inspired. These contests, as well as other creative reuse projects, were huge inspirations and provided the basis for much of what we would do. I thought, “Why not do something more participatory and creative?” I’m inspired by the things I’m lucky enough to see every day and I knew others could be too.

In 2016, I worked with a small group of archivists in Richmond to create REMIX. Jessica Johnson, Margaret Kidd, Vince Brooks and I decided early on the process, partly dictated by what was free and required only HTML basics to get running: Flickr to host the images of original items and entry submission through Tumblr. We solicited images from archival institutions throughout the state, who found ample material to fit the “Art in the Archives” theme that year. I put together the Tumblr site and designed the promotional images for that year. In subsequent years, we would work with a Graphic Designer at the Library of Virginia, but the first year was very DIY, happening in an hour or two after my official workday. All of the work for REMIX is done on a volunteer basis, in addition to usual work duties – so you know we must really love archives! 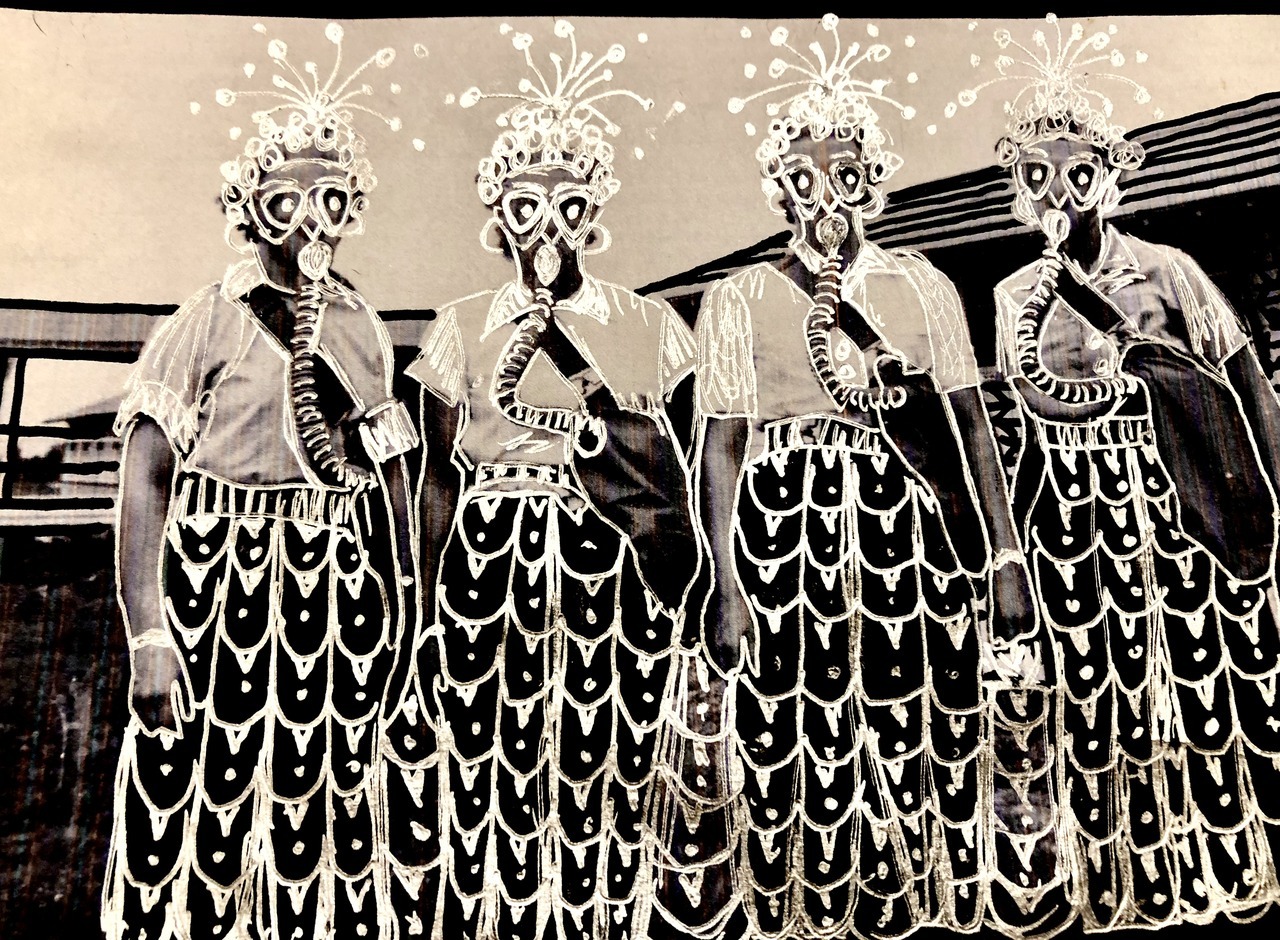 2. How do you think archives can inspire artists?

So many ways! Writers can find inspiration in photographs or documents. Images can provide references for drawings or sketches. There’s nothing like that sense of discovery when you find something new to you. The experience of reading and viewing materials that spark ideas⁠—that can happen for anyone. Part of the work surrounding REMIX has been not just explaining what archives are and what they can be, but deconstructing the idea of who can create art. Both art and archives have maybe been thought of as something super-specialized and inaccessible. REMIX is all about lowering the barriers to both. We have some folks that participate by helping with a community college or picking up a coloring page, and others who are inspired to create elaborate physical or digital artworks independently. All levels of participation are welcome. Just like the cultural heritage in archives belongs to everyone, art can be made by everyone!

3. What is unique about the archival materials at the Library of Virginia?

The Library of Virginia boasts the most comprehensive collection of archival materials on Virginia history and culture anywhere in the world. The beauty of the REMIX contest, however, is that it pulls images from archives and special collections from across the commonwealth, each with its own collecting strength. Virginia Commonwealth University’s Cabell Library has a fantastic book arts collection, and James Madison University and George Mason University submitted some beautiful illuminated manuscripts this year. 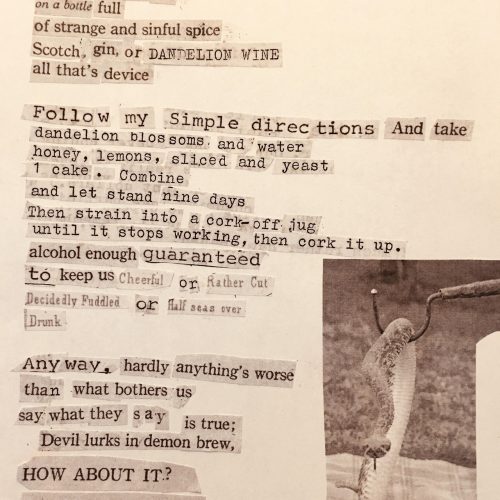 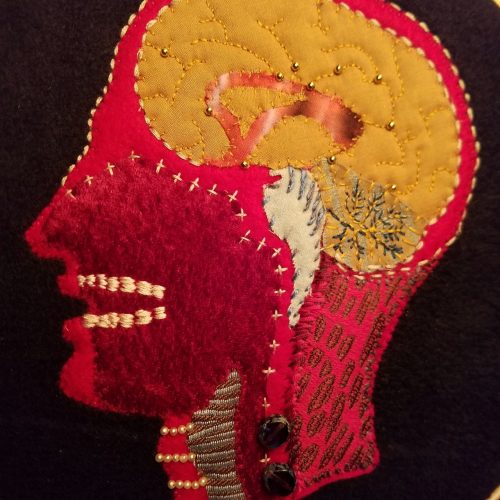 4. What are some of the emerging digital art trends that excite you right now?

There’s so much happening with digital art online that it’s hard to pinpoint just one technique or aesthetic. If anything, digital art allows for a greater proliferation of styles and niche tastes. Monotones and gradients are popular in fashion and advertising⁠—and I think we’ve seen some entries that capitalize on that. Typography is really trendy right now, especially some of the serif, Deco, and Nouveau fonts found in this year’s Virginia Archives Month images. In 2017, our winning entry was a poem created by collaging lines from several different archival documents. Though we’ve tended to evaluate these archival items as images, that entry reminded us to not ignore the textual elements. Other trends: pop culture and cats, both of which have made appearances in REMIX entries. Broadly, I still love GIFs, even amateur ones, especially when they are silly or spooky–two of the main modes of REMIX.

Interestingly, some of the winning entries in REMIX have been created physically. Last year, first place went to a fabric art interpretation of a medical illustration. Previous entries included an embroidered postcard, a collage made by printing images on transparency and adding paint, and a triptych of three canvases with collaged elements between these planes. We never know what people will make!

Perhaps design trends can offer an inspirational spark for REMIX contestants. It might be interesting to apply “trendy” filters and techniques to vintage images. This is a wide-open, 100% amateur (for the most part) competition so folks can experiment with something new and still win. A highly polished personal style is definitely not a prerequisite.

In libraries, archives, and museums the biggest digital trend is making images available and open. For items without copyright restrictions or in the public domain, there’s no reason to not make the digital images downloadable and usable for artists and the general public. Some basic education around intellectual property rights is another goal of REMIX. We want to help people understand what they can use and how they can use, and encourage responsible citation of sources.

6. What tips do you have for people who want to enter REMIX this year?

Just do it! Go where your ideas take you and don’t worry about being an “artist” or perfection⁠—We want to see what you can make, whatever it is!  We want folks to have fun and experiment. Your work doesn’t have to be digitally created, you just have to find a way to upload a scan or photo of your work once it’s finished. Many public libraries in Virginia and beyond have scanners and other technology that can assist with the entry process. Another tip is to look at the entries for previous years for inspiration and an idea of what people have done. But whatever you create, make sure you cite which Virginia Archives Month images you use in your REMIX, since part of REMIX is teaching people that part of creative reuse is making sure you give proper attribution.
​
7. Is this year’s REMIX different than how it was in past years?

This year’s theme is The Letterpress, the Woodblock, and the Watermark: Book Arts in Archives and Special Collections. This covers everything from woodblock prints and fore-edge paintings to illuminated manuscripts and book sculptures. Contestants will have a lot of beautiful images to work with, and we’re excited to see what they do with them. 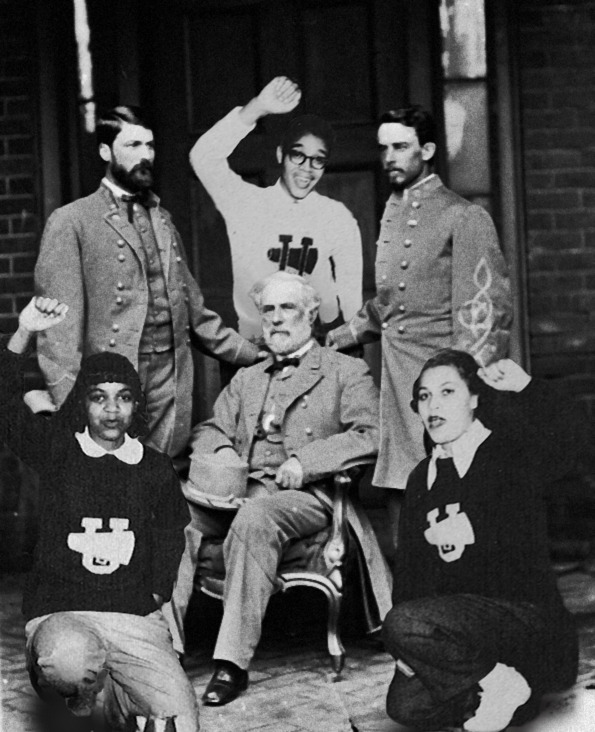 ERIC JOHNSON. HISTORY IS WRITTEN BY THE WINNERS (2017).

8. How can people get involved in this year’s REMIX?

Starting September 1, go to the REMIX Tumblr to find out more about how to enter the contest, and to see entries from previous years for inspiration for the sort of things you can do. Then head over to our Flickr album “2019 Virginia Archives Month” at to download or be inspired by images submitted by Virginia archival institutions for the 2019 REMIX contest. Create something and be sure to enter it at our Tumblr by October 31 to be eligible for great prizes! We also encourage participants to share their creations with #archivesremix and #archivesbookart on social media. 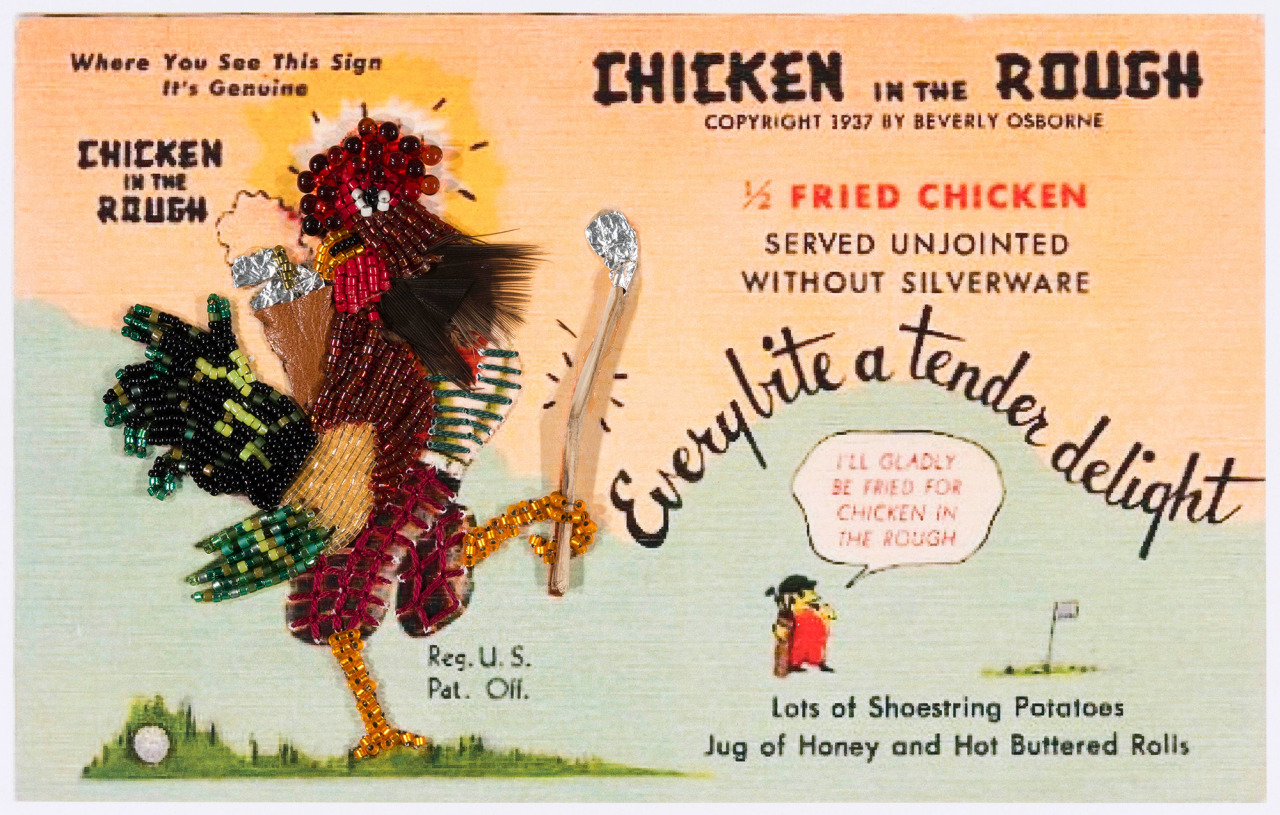 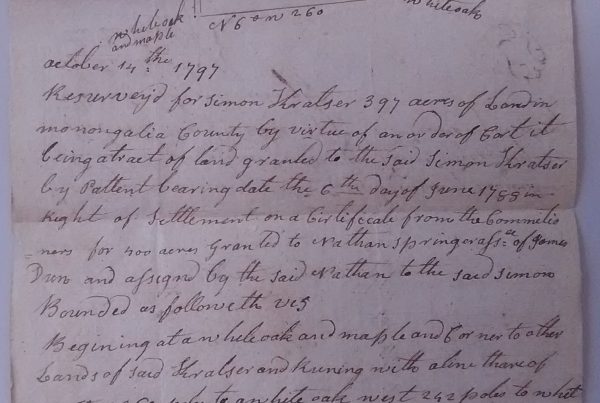 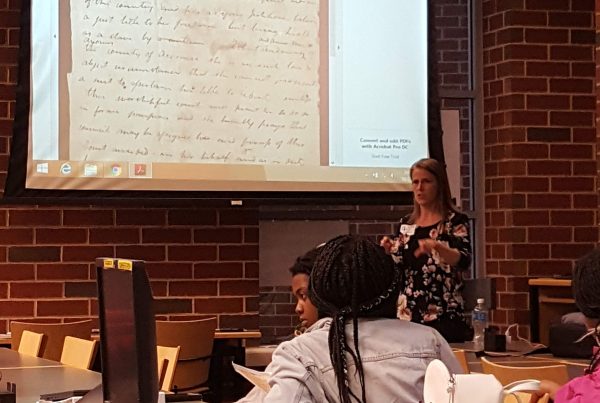 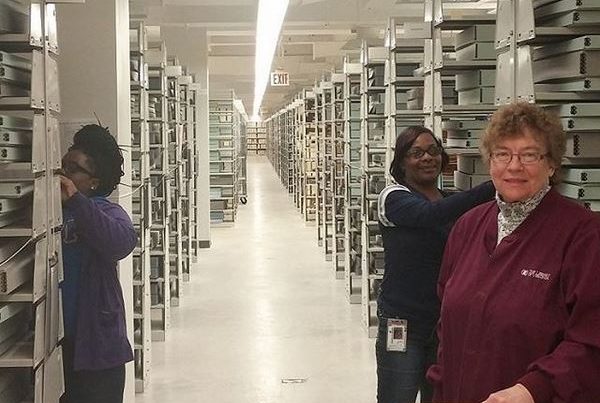