Mr. Christmas and his Flights of Fancy

Former Local Records archivist Catherine OBrion was given the task of processing the chancery causes of Arlington (formerly Alexandria) County.  Perhaps the most interesting case that she discovered was a suit entitled Creed M. Fulton versus the Christmas Aeroplane Company, Inc. et al. The day after Christmas in 1910, Mr. Fulton, a lawyer from D.C., filed suit against the Christmas Aeroplane Company, the company’s founder William W. Christmas, and two other individuals—Lester C. McLeod and Thomas W. Buckey.

The front-side view of the Christmas Bullet prior to its lethal first and only flight in 1918.

In the bill for the suit, William W. Christmas is described as the inventor of a heavier-than-air machine for the purpose of aerial navigation.  According to the document, Mr. Christmas informed the complainant that the aircraft “had been actually tried and was successful and that said machine had remained in the air for sometime.”

In need of money to procure a patent and to build a practical machine for the purpose of “demonstrating the values and practicability of said invention,” all parties entered into an agreement on October 26, 1909, in Washington, D.C that would create the Christmas Aeroplane Company.  According to the agreement, money for the patent would be advanced and the others would aid William Christmas in raising funds to cover the actual cost of building a machine. After $1,200 was given for the patent, it became necessary for some of the parties to advance more funds. In August 1910, it was ascertained that an additional $2,500 was needed to cover the payment of outstanding bills, to defray the expense of a skilled aviator coming to D.C. to test the machine, and to defray the expense of sending and exhibiting the machine in that year’s Harvard-Boston aero meet. The additional sums were advanced despite the glaring fact that “the practicability of the machine had not been demonstrated.” In exchange for the additional money Christmas would be required to turn over controlling interest in the company, but Christmas refused to commit to such an agreement and the business found itself in the chancery courts of Virginia. Christmas asked the court to dismiss the suit, and the cause ended in October 1912. It was struck from the docket with the note: “It appearing to the court that there is nothing further to be done therein.” Fulton and the others had advanced over a hundred thousand dollars to Christmas and were left with nothing substantial.  Fulton, Buckey and McLeod faded into history.  For Christmas, however, the suit was only a minor blip in his larger-than-life story.

Upon further investigation, I found that the life of William Whitney Christmas, aka William Wallace Whitney Christmas, raised more questions than answers.  Due to the sketchy details of his life and character, it proved difficult to separate fact from fiction.  He was born in 1866 in Warrenton, North Carolina, was educated at St. John’s Military Academy and the University of Virginia (obtaining bachelor’s and master’s degrees), and received his medical degree from George Washington University in 1905. Christmas had no known experience in aircraft design or aeronautical work.  He supposedly built and flew a plane in 1908, and other aircraft, such as the Red Bird and Red Bird II, were also attributed to him. However, there is no evidence beyond his own claims that he built any aircraft prior to the patent mentioned in the chancery cause. 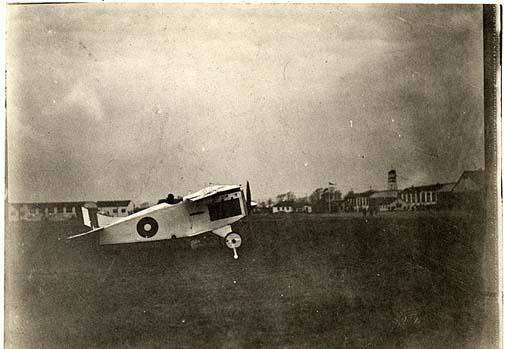 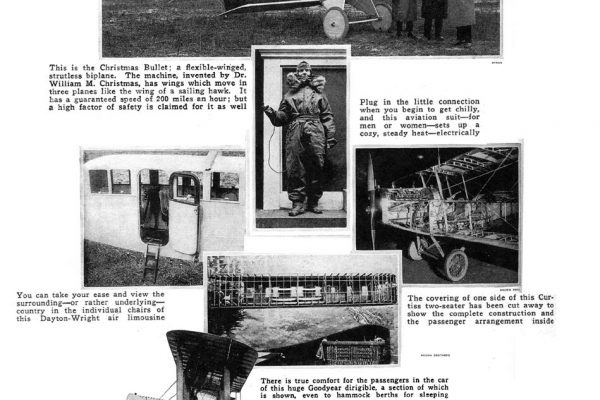 In a New York Times article written by Christmas himself on 5 December 1915, he outlines his aircraft designs to be used by the military.  The article notes that “his warplanes would be the largest heavier-than-air crafts ever built, powered by a 1600 horsepower motor, and able to carry bombs and other ammunition, in addition to a six-person crew.” Furthermore, the article mentioned that the European Allies had already ordered eleven of his Battle-Cruisers, but his warplanes were never sold and his deal with the European Allies turned out to be a hoax.

Despite his exaggerated and unsubstantiated claims, Christmas did convince two brothers, Henry and Alfred McCorey, owners of a New York brokerage firm, to provide him with the financial support to build the Christmas Bullet. To help sell the plane to the U.S. military, Christmas proposed that the aircraft be used in a plot to kidnap Kaiser Wilhelm II of Germany.  Through Christmas’ powerful methods of persuasion, Senator James Wolcott Wadsworth of New York was able to convince the Army to supply a Liberty 6 engine. The plane, however, had a serious design flaw – it lacked any struts or braces for the wings.  Christmas felt that the wings should be flexible so that they could literally flap like a bird’s. Despite protests by the chief engineer at the Continental Air Company, the plane was built with the original design features intact.  The aircraft was completed in the fall of 1918, but  World War I ended before the plane could be flown—the main reason being that no willing pilot could be found. In January 1919 during its first and only flight, the wings of the Bullet peeled from the fuselage and the aircraft crashed. The pilot Cuthbert Mills, an Army Air Service pilot returning from the war, was killed. The Bullet was considered by many to be among the worst aircraft ever constructed.

The second Christmas Bullet, photographed with William Christmas, as it appeared in the May 1919 issue of Vanity Fair which described the plane as having a high safety factor.

Not one to be discouraged, Christmas then set out to develop a second Bullet. Despite having flown the first plane without telling the Army or acknowledging that he had destroyed their engine, he convinced them in February 1919 to give him a propeller for his second plane. In a display at the New York Air Show in March 1919, Christmas advertised his plane as “the safest, easiest plane in the world.” But the second plane destroyed a barn and claimed the life of its test pilot, Lt. Allington Jolly.

Somehow the Bullet’s damage was kept quiet and Christmas’ reputation remained unscathed by the two crashes.  In May 1919, he and the McCorey brothers are seen in an issue of Vanity Fair attesting to the Bullet’s high safety factor.

Employing his gift of charm one last time, he was able to sell his 1921 patent (incorporating his revised wing designs) to the U.S. Army in 1923 for $100,000.  In another version of the story, he maintains the U.S. Army gave him the money to avoid a copyright infringement suit. Once again, there is no evidence to support either version of the story. By 1923, he was living in New Jersey and had received patents in 1924, 1929 and 1930 dealing with creating or improving plastic compositions. William Christmas died from pneumonia in New York City on 14 April 1960, at the age of 94. Was Dr. Christmas a naïve eccentric, a fraud or scoundrel, or perhaps, as one aviation historian called him, the “greatest charlatan to ever see his name associated with an airplane?” Was he a pioneer in aviation or merely a poseur?  Based on what I have presented, I will let you decide for yourself.

The chancery cause, Creed M. Fulton versus the Christmas Aeroplane Company, Inc. et al., 1912, is part of the Arlington County Chancery Causes and is currently closed for processing.