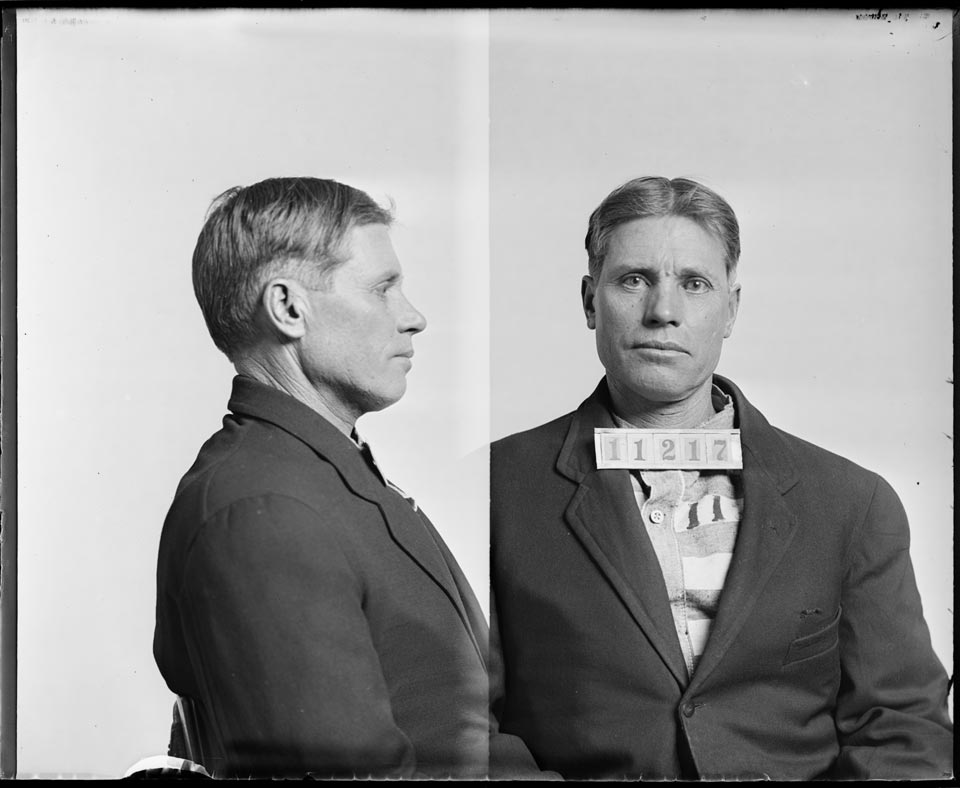 Welcome to Mug Shot Monday Special Edition.  This is the fourth post focusing on records at the Library of Virginia related to the “Hillsville Massacre.”

In December 1912 in the Wythe County Circuit Court, Sidna Allen, brother of Floyd Allen, was sentenced to 35 years in the Virginia Penitentiary for the crimes of first, second and third degree murder.  Allen was admitted to the penitentiary on 14 December 1912.  An anonymous fellow prisoner, writing in the 27 April 1922 issue of the inmate-run penitentiary newspaper, The Beacon, shared his observations of Sidna Allen: 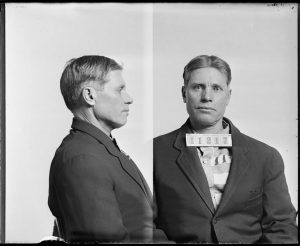 “I at last had an opportunity to go through the carpenter shop where I saw Sidna Allen…I stopped and watched him for a while at his work, before I went over and talked with him.  He was working with as much zeal as any man who owned and operated a manufacturing plant.  His hair was a silvery gray, though tinted with the yellow saw-dust, and his face pale, though it had the illuminated appearance of a pure Christian man….After talking with him a little while I found that the expression on his face was only revealing the man as he was; a true Christian man.  Sunday morning and any time he had a spare, you could see him sitting around reading the Bible and enjoying the words he was daily living.” 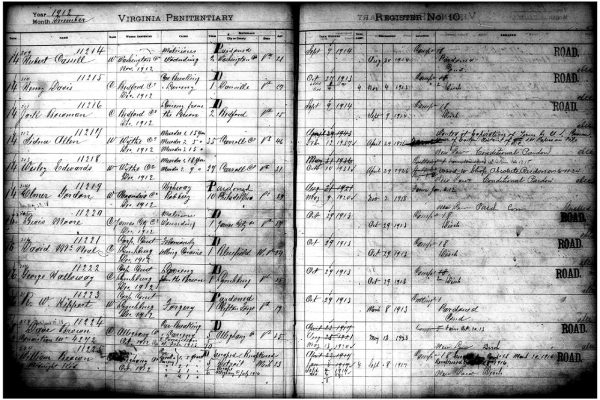 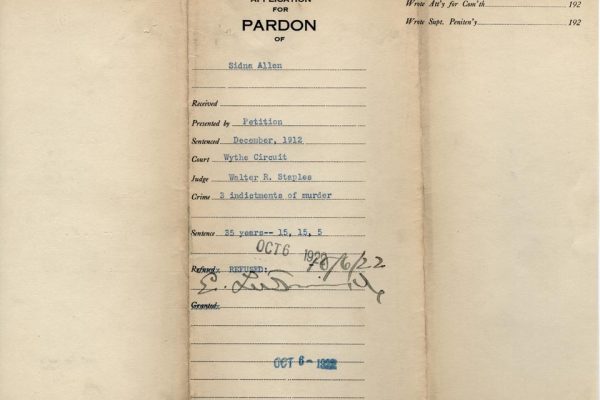 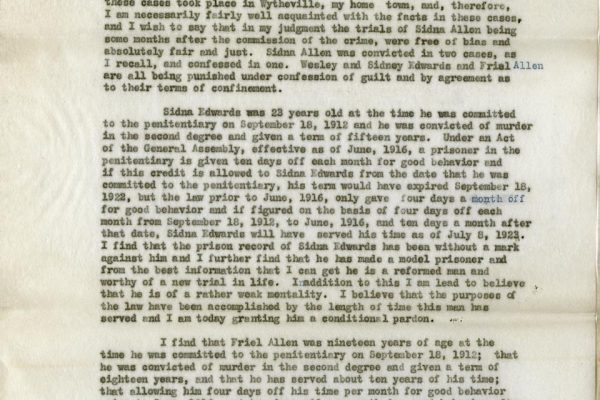 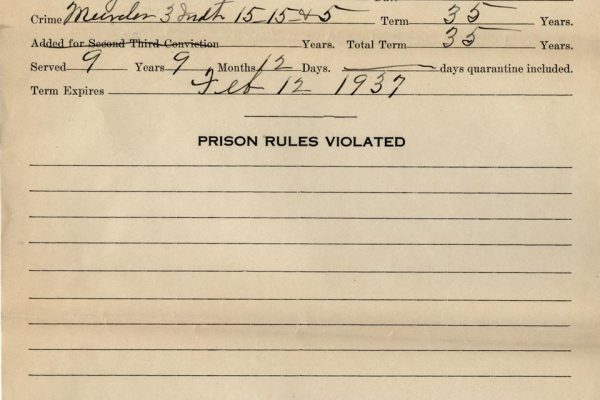 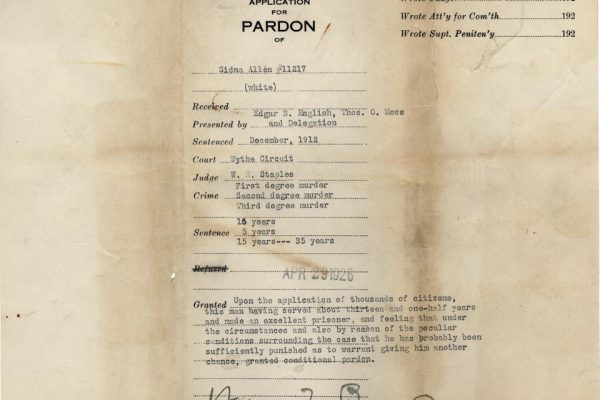 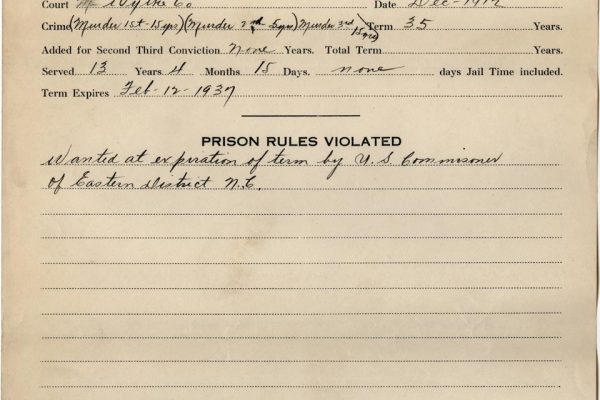 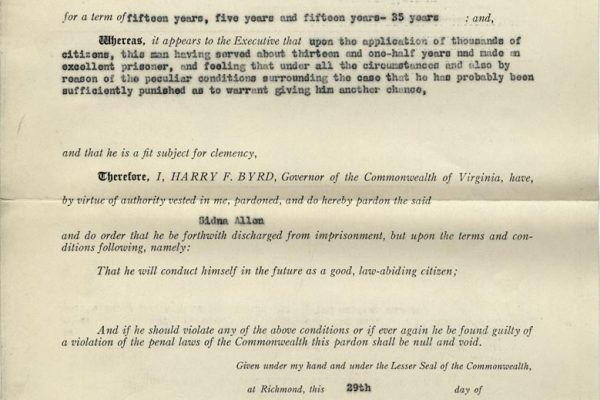 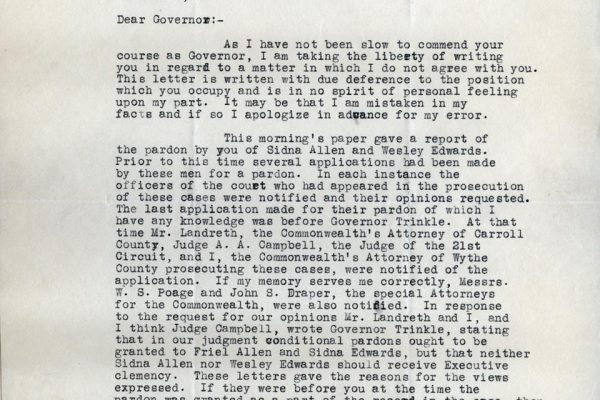 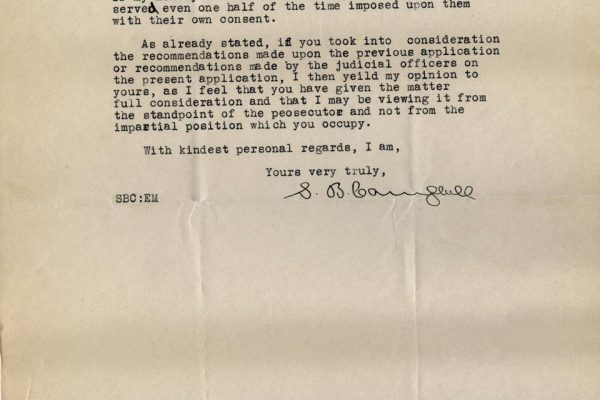 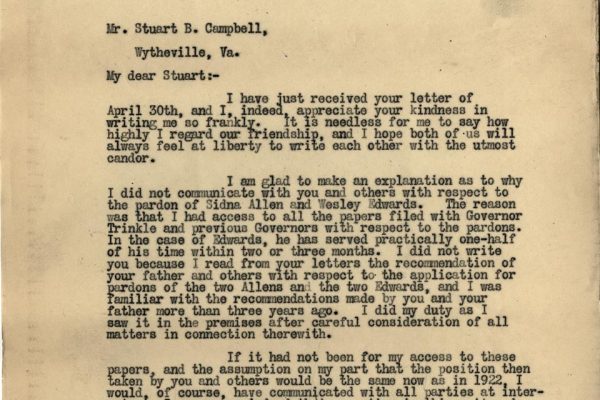 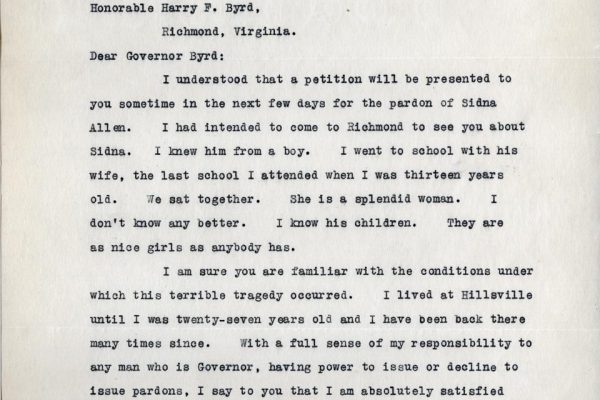 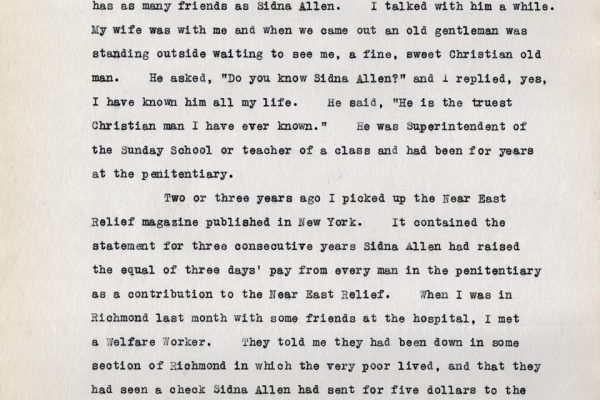 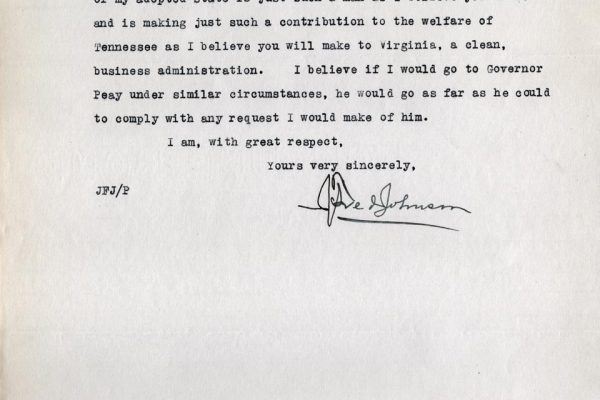 Allen’s petition for a conditional pardon was denied on 6 October 1922 by Governor E. Lee Trinkle on grounds that he had only served a small portion of his 35-year sentence.  In 1926, Allen again applied for a pardon.  Governor Harry F. Byrd granted the pardon on 29 April 1926.  “Upon the application of thousands of citizens,” Byrd wrote, “this man [Sidna Allen] having served about thirteen and one-half years and made an excellent prisoner, and feeling that under the circumstances and also by reason of the peculiar conditions surrounding the case that he has probably been sufficiently punished as to warrant giving him another chance, granted conditional pardon.”

After his release from prison, Allen moved to North Carolina.  In bad health, Allen came back to Carroll County to live with his daughter.  He died on 26 September 1941.