The Library of Virginia is pleased to announce that digital images from the Prince George County chancery causes digitization project are now available on the Chancery Records Index. Both the images and the index cover the years 1809-1917 and are available to researchers on the LVA’s Virginia Memory site.

The following are a few suits of interest found in the newly available Prince George County chancery digital images.  Richard W. Backus vs. Admr. of John B. Williams, etc., 1837-003, references the postponement of the sale of a slave named Ursa because she was ill. Divorce suit 1875-001, David Harrison vs. Eliza A. Harrison, includes a letter from the court clerk referencing the destruction of a marriage license by the “Raiders” during the Civil War. Another divorce suit, Bettie Hays vs. William Hays, 1908-003 provides detailed testimony given by the plaintiff of spousal abuse by her husband. (These divorce cases join one already mentioned here on Out of the Box – a divorce in which the husband claimed that the child his wife gave birth to could not possibly be his.) In chancery cause 1916-023, Cubit Stith vs. Lucy Jackson, etc., Cubit Stith describes himself as an uneducated colored man who was born a slave. He and his daughter, Lucy Jackson, were in a bitter dispute for control of a piece of property that had recently increased in value due to DuPont locating a plant near it. Stith stated that Jackson “cursed him and used abuse too foul to repeat” when he asked her to turn over the deed for the property and that she talked “about selling the property and [threatened] to turn him out of the said property as well as her mother, which would leave them homeless in their old age.” 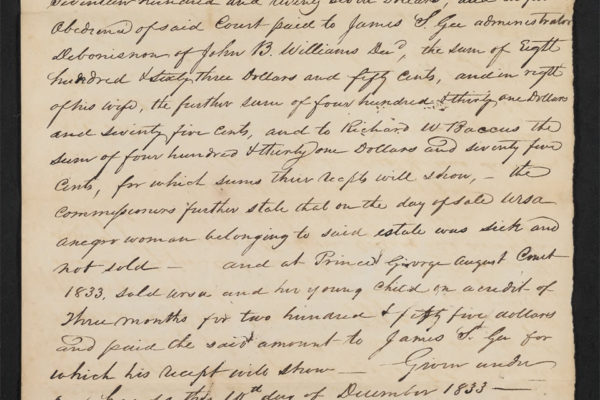 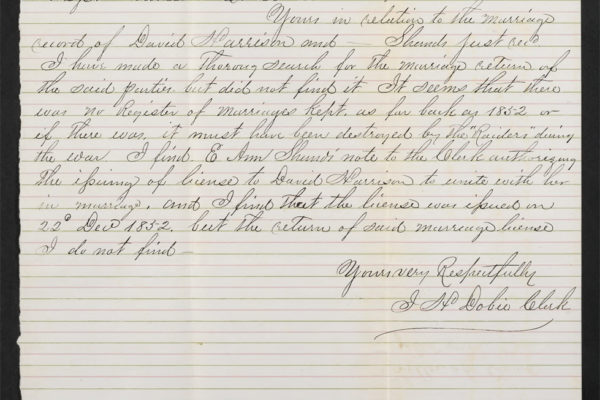 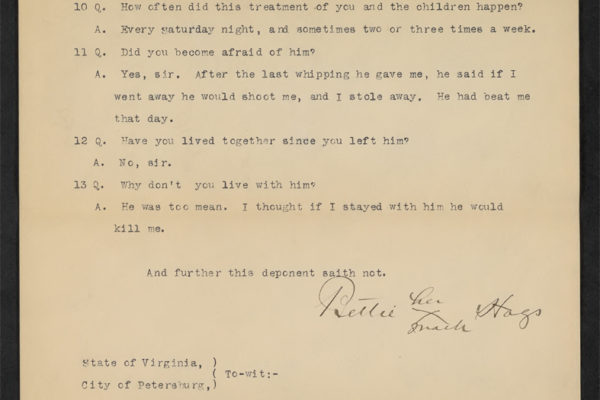 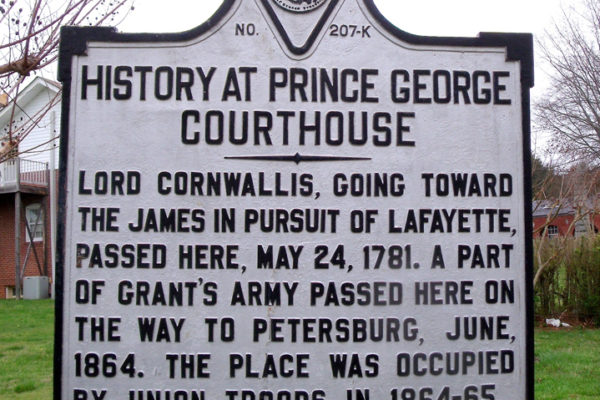 The Prince George County Chancery Causes, 1809-1917, join the growing list of localities whose chancery causes have been preserved and made available through the Library’s innovative Circuit Court Records Preservation Program (CCRP). The CCRP, funded through a $1.50 of the clerk’s recordation fee, is committed to efforts, like the Prince George County chancery causes digitization project, that preserve and make accessible permanent circuit court records. Funding for the CCRP depends heavily on a portion of recording fees collected in each of the circuit courts. The recent downturn in the real estate market has negatively impacted this budget in recent years and slowed the pace of our scanning. The projects remain a high priority for the agency, and it is hoped that this initiative can be resumed in full as the budget improves.
-Sherri Bagley, Local Records Archivist