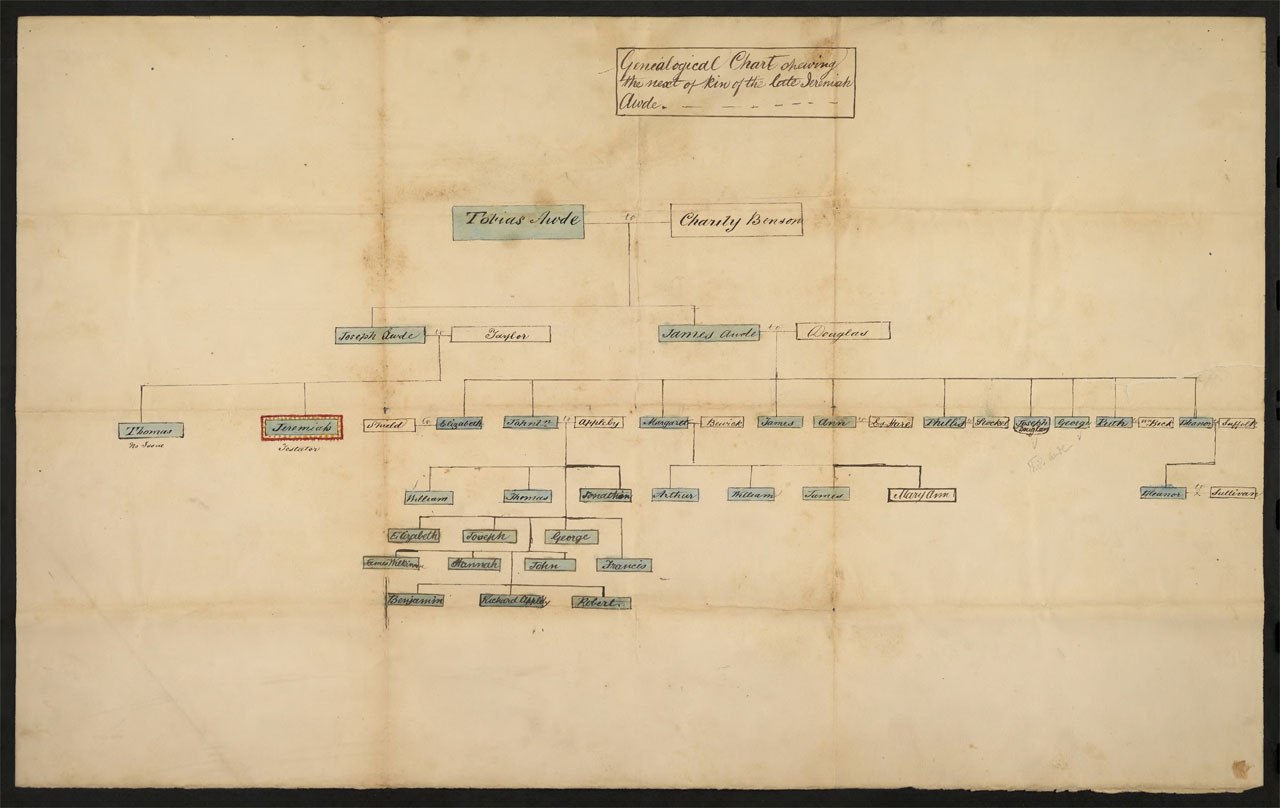 Augusta Co. Images All In!

The final images from the Augusta County chancery causes are now available on the Library of Virginia’s Chancery Records Index. With this addition, all Augusta County chancery causes covering the time period from 1746 to 1912 can be viewed online—a  total of 10,268 suits and 878,490 images.  The collection is one of the most significant collections of historic legal records in the nation.  From 1745 to 1770, the boundaries of Augusta County encompassed most of western Virginia and what became the states of West Virginia, Kentucky, Illinois, and Ohio, and parts of present-day Pennsylvania as far north as Pittsburgh. The Augusta County chancery causes are the most voluminous of any locality in Virginia and are one of the longest and most complete continuous collections of chancery records of any locality in the country.  Cases are also included from the Staunton Superior Court of Chancery, with a jurisdiction of over 28 localities, from 1802 to 1831.

Following are a few suits of interest found in this latest addition of Augusta County’s equity suits. Augusta County Chancery Cause 1818-099 is a dispute over the estate of John Edmondson that included numerous slaves. The suit contains a chart documenting the hiring out of slaves owned by Edmondson. Administrator of Andrew Moore vs. Representatives of John Stuart, etc., 1845-015, gives some perspective on the ways in which national events impacted the lives of Virginians. The suit documents the negative effect on property values in western Virginia  resulting from the opening up of five million acres of land  by the Louisiana Purchase.

Augusta County Chancery Cause 1855-034 concerns bounty land for soldiers who served in the French and Indian War. During that war, George Washington led a regiment of Virginia soldiers in the Battle of the Great Meadows, also known as the Battle of Fort Necessity. After the battle, his soldiers were given a land grant that would become known as the Savage Grant, named after Virginia Governor John Savage who made the grant legal. In 1772, the interested parties were supposed to meet to divide and distribute the land. Very few of the recipients actually inhabited the land—they either sold the land to third parties or the property reverted due to lack of improvements to the land. The chancery cause involves dozens of descendants of the French and Indian War veterans who claimed their ancestors never received the land to which they were entitled. 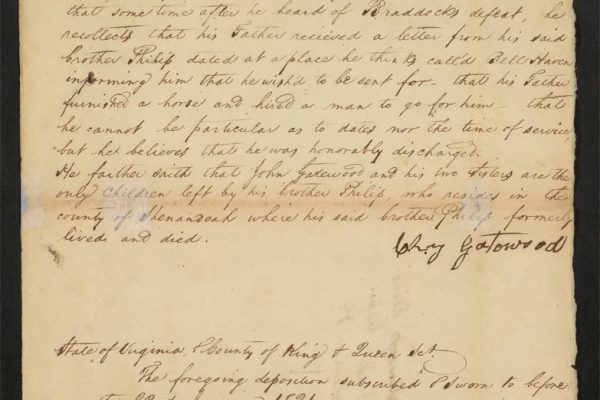 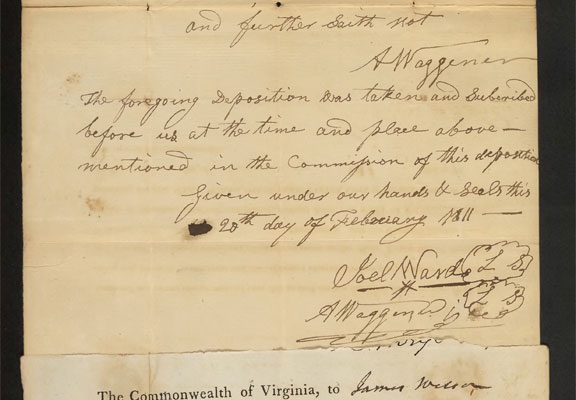 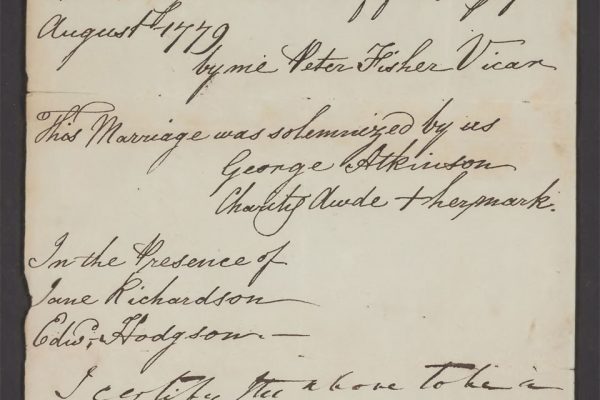 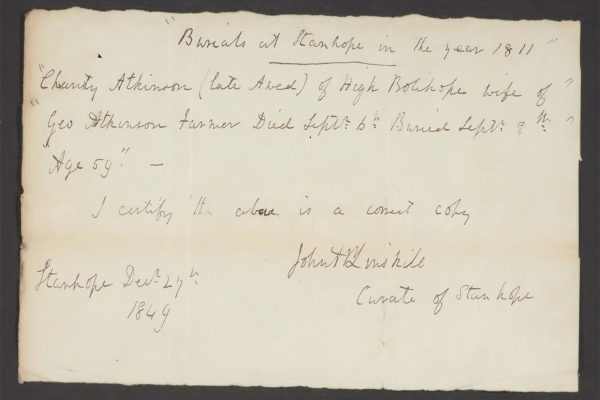 Burials at Stanhope in 1811 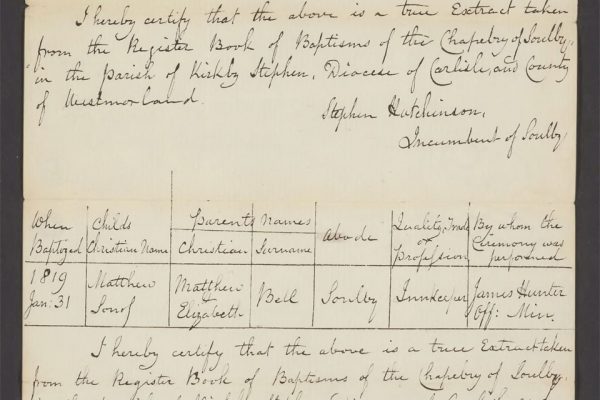 Extracts from the Register Book of Baptisms 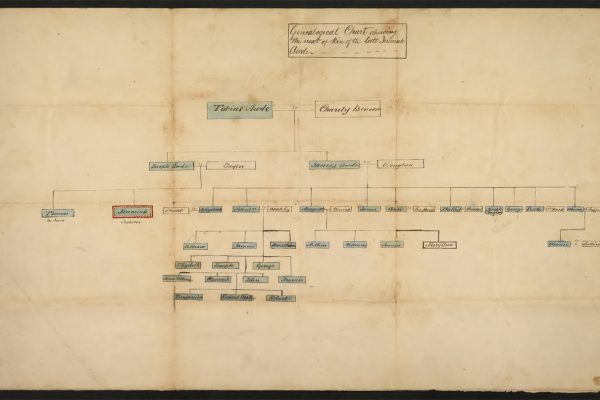 Genealogical chart for heirs of Aude 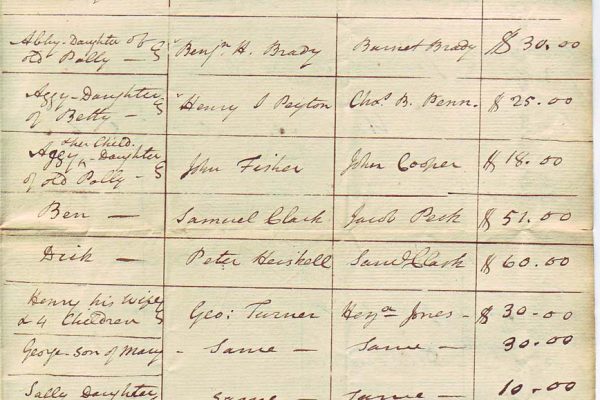 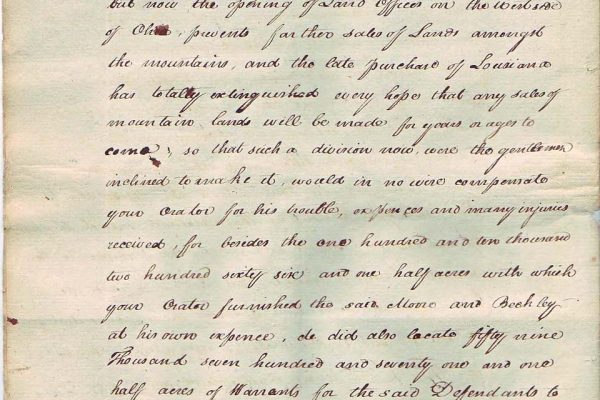 Portion of a chancery bill

Receivers of Nicholas C. Kinney, etc. vs. Administrator of Jeremiah Aude, etc., 1857-082, contains considerable detail about the relatives of a British immigrant named Jeremiah Aude. Though a substantial owner of real and personal property in Augusta County near present-day Waynesboro, Aude died without a will.  His closest remaining relatives all lived in Great Britain. They made claims to his property in the United States, but in order to acquire the property they had to prove they were related to Aude and become United States citizens. Exhibits filed in the suit include numerous certificates of burials, marriages, and baptisms dating back to the 1700s copied from church registers in England.  Also included is a genealogical chart illustrating the individual heirs’ relationships to Aude.

The Augusta County Chancery Causes, 1746-1912, scanning project was funded by the Circuit Court Records Preservation Program and a $150,000 grant from the National Historical Publications and Records Commission (NHPRC).