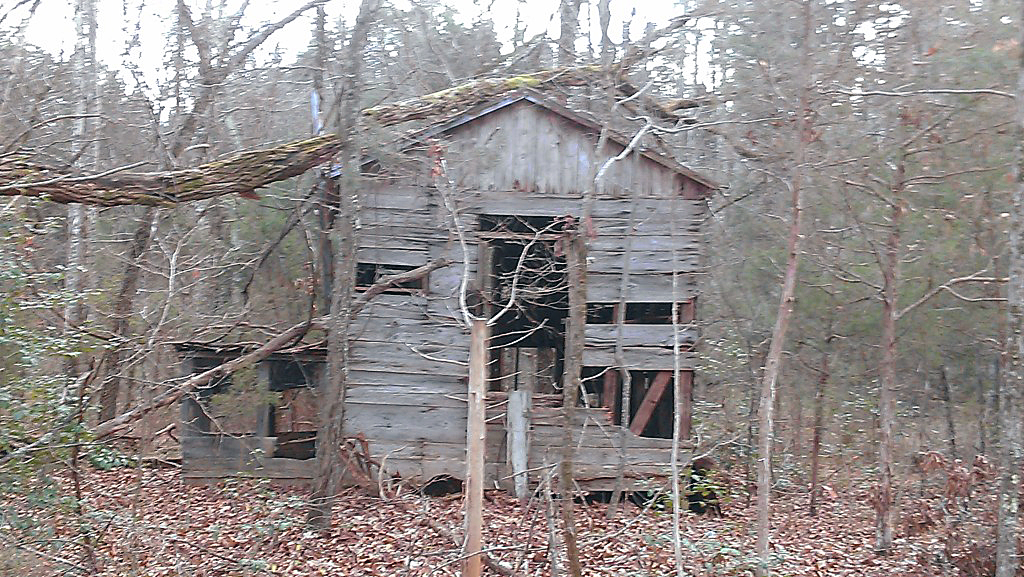 Once a neglected subject, the role that African American slaves played in Southern colleges has become the focus of new research. Virginia being no exception, our oldest and most established institutions of higher learning such as the University of Virginia, William and Mary, and Hampden-Sydney College all relied on slaves for providing the colleges with necessary services.  Often, the slaveholders in neighboring areas allowed their own slaves to be hired out to the colleges as servants.  The slave’s master was then paid a salary, typically at a yearly rate, for the services that his slave provided to the college.

Remains of a slave cabin located near Hampden-Sydney College's observatory.

Image taken by Elizabeth Baker and available on The Untold Story: Slavery and Black History of Hampden-Sydney College.

These African Americans worked to construct buildings, provide general upkeep and maintenance of the college grounds, and act as servants to faculty, students, and staff.

Found in the Library of Virginia’s Local Records Collections is a City of Lynchburg judgment, A. D. Dickinson vs. Hampden-Sydney College, which sheds light on this often under-studied type of Southern slavery.  In this case, A. D. Dickinson sued Hampden-Sydney College for not paying him the proper amount of money for the services that his slave, David Ross, provided the college.  Charles Martin, the college curator, and A. D. Dickinson agreed that Hampden-Sydney would pay Dickinson a yearly sum of $150 for Ross’s work.  The tasks that Ross was expected to fulfill were specified in the deposition given by Martin as “attending to the rooms of such students as lodged in the college building and doing certain specific duties for the occupants.” Martin also testified that David Ross was a “most active, accomplished, faithful and sufficient servant of great value to the college.”

Charles Martin said that when he took his position as college curator in 1856, David Ross had already been working as a servant for some years.  Because Martin was completely satisfied with the work that Ross was doing, he set up a long-term agreement with Dickinson to continue hiring Ross for $150 per year.  From that point until his death in 1865, Ross continued to work as a servant at Hampden-Sydney.  However, during the years 1861-1864 and part of 1865, Dickinson was never paid for Ross’s services.  Martin attributes lack of payment as being due to the college’s lack of funding during the Civil War.  Thus, in April 1865 (interestingly, after Emancipation) Dickinson sued the college for the money which was never paid to him.  The suit began in the Prince Edward County Circuit Court but was transferred to the circuit court of Lynchburg due to an indecisive jury.  From a letter written by Dickinson in August 1872, it would seem that the court ruled in his favor with Hampden-Sydney owing him $804.70 for Ross’s work plus interest. 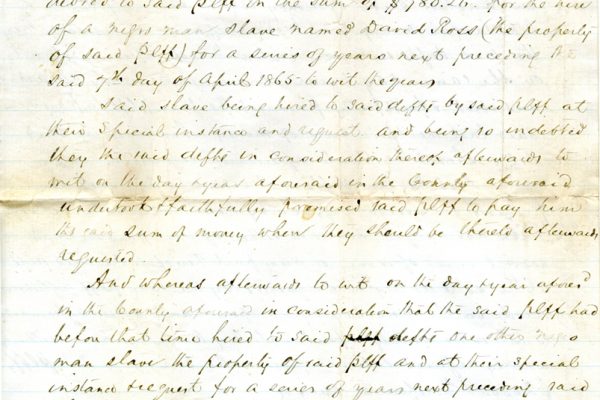 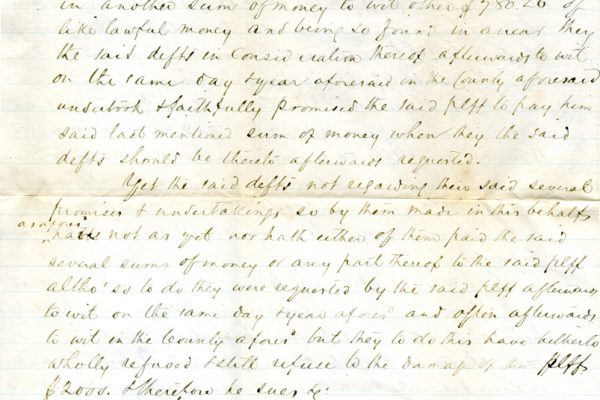 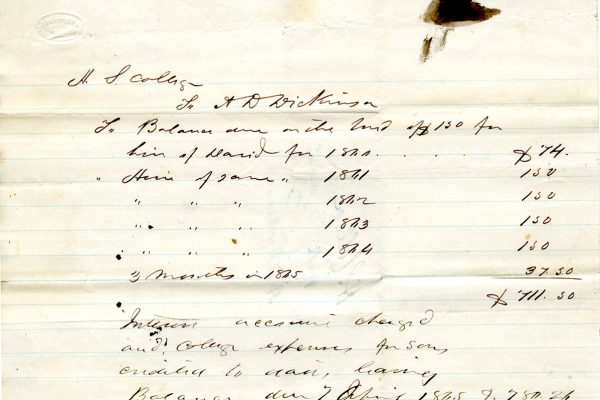 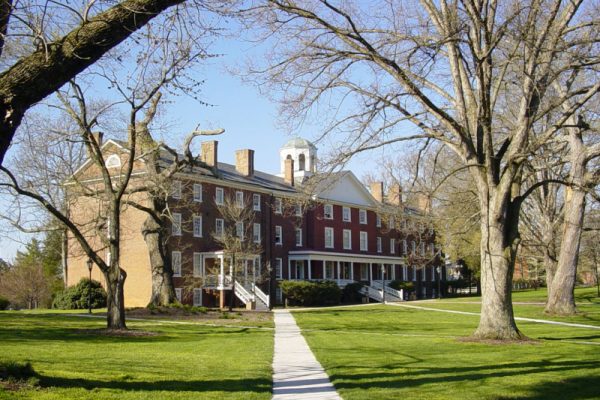 This particular lawsuit is unique and interesting in that it brings up multiple topics worth researching—particularly, the previously undervalued work of African Americans who were hired by colleges and universities like Hampden-Sydney.  Hard-working African Americans like David Ross, who helped keep colleges functioning, are now being recognized as more research is done on this topic.  Specifically, “The Untold Story” is a website solely dedicated to research done by Elizabeth Baker about slaves who worked at Hampden-Sydney College.  Similar projects such as William and Mary’s Lemon Project and Brown University’s Center for the Study of Slavery and Justice, attempt to encourage research into this topic in order to acknowledge the contributions that African Americans made to these institutions.

A. D. Dickinson vs. Hampden-Sydney College, 1872, is part of the City of Lynchburg Judgments, 1821-1872, and is available for research at the Library of Virginia.