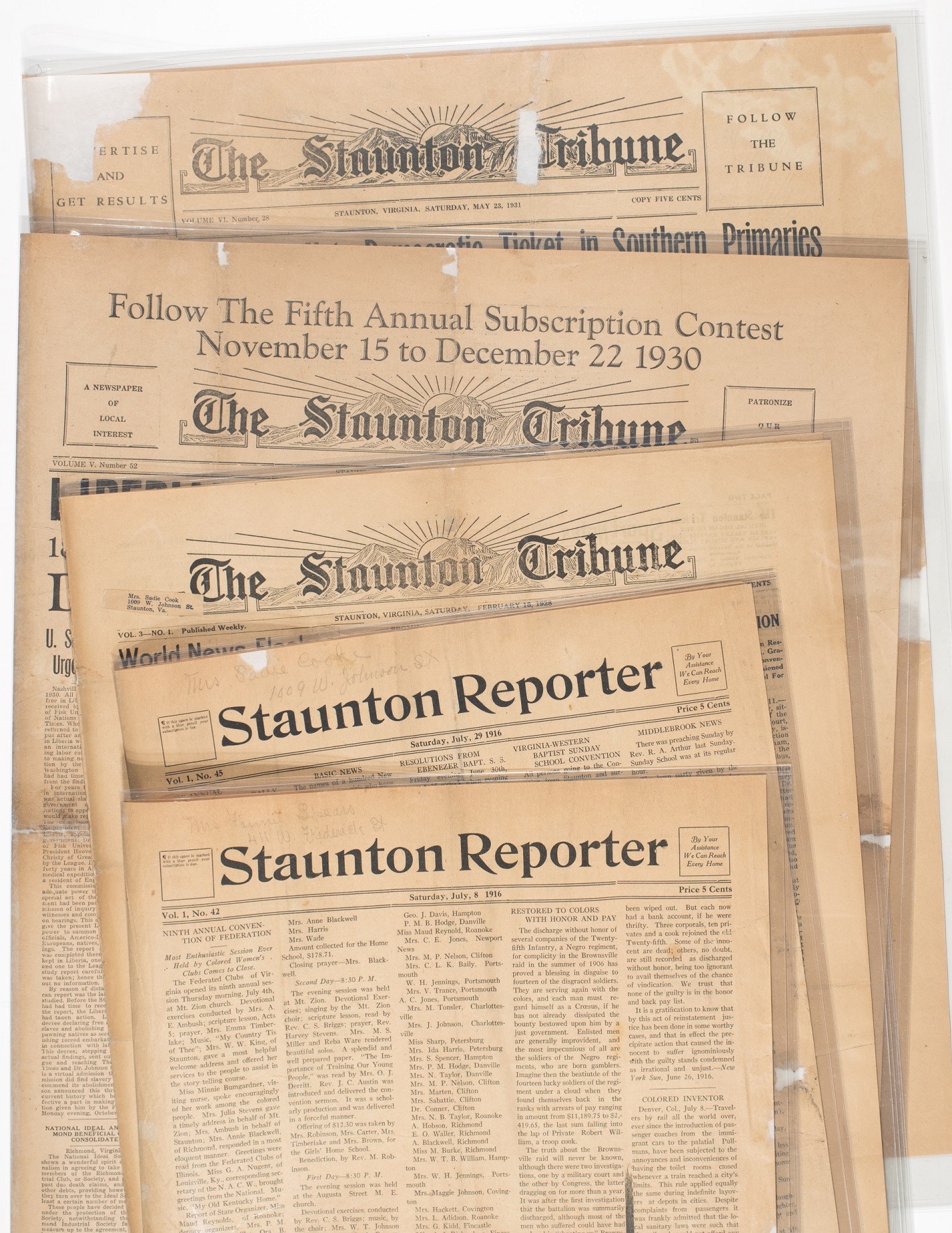 Before & After: The Staunton Tribune and Staunton Reporter

While the collection is comprised of a mere five issues, three issues of the Staunton Tribune from 1928-1931 and two of the Staunton Reporter from 1916, as historical resources these items are priceless, invaluable for the study of African American and Virginia history.

Historical newspapers such as these are especially rare and often in deteriorating condition when they are discovered–when this collection arrived at the Library, the papers were torn, brittle and extremely fragile. It is often the case that newspapers from the early twentieth century are in worse condition than papers published 100 years earlier due to the evolving methods of mass paper production.

The Library’s talented conservator, Leslie Courtois, de-acidified, mended and encapsulated the newspapers so they may be handled safely and studied for generations to come. After conservation, the originals were able to be microfilmed, making them even more accessible to researchers, students, historians, authors and genealogists.

Below are the photographs of the newspapers before and after conservation. The pictures speak for themselves: 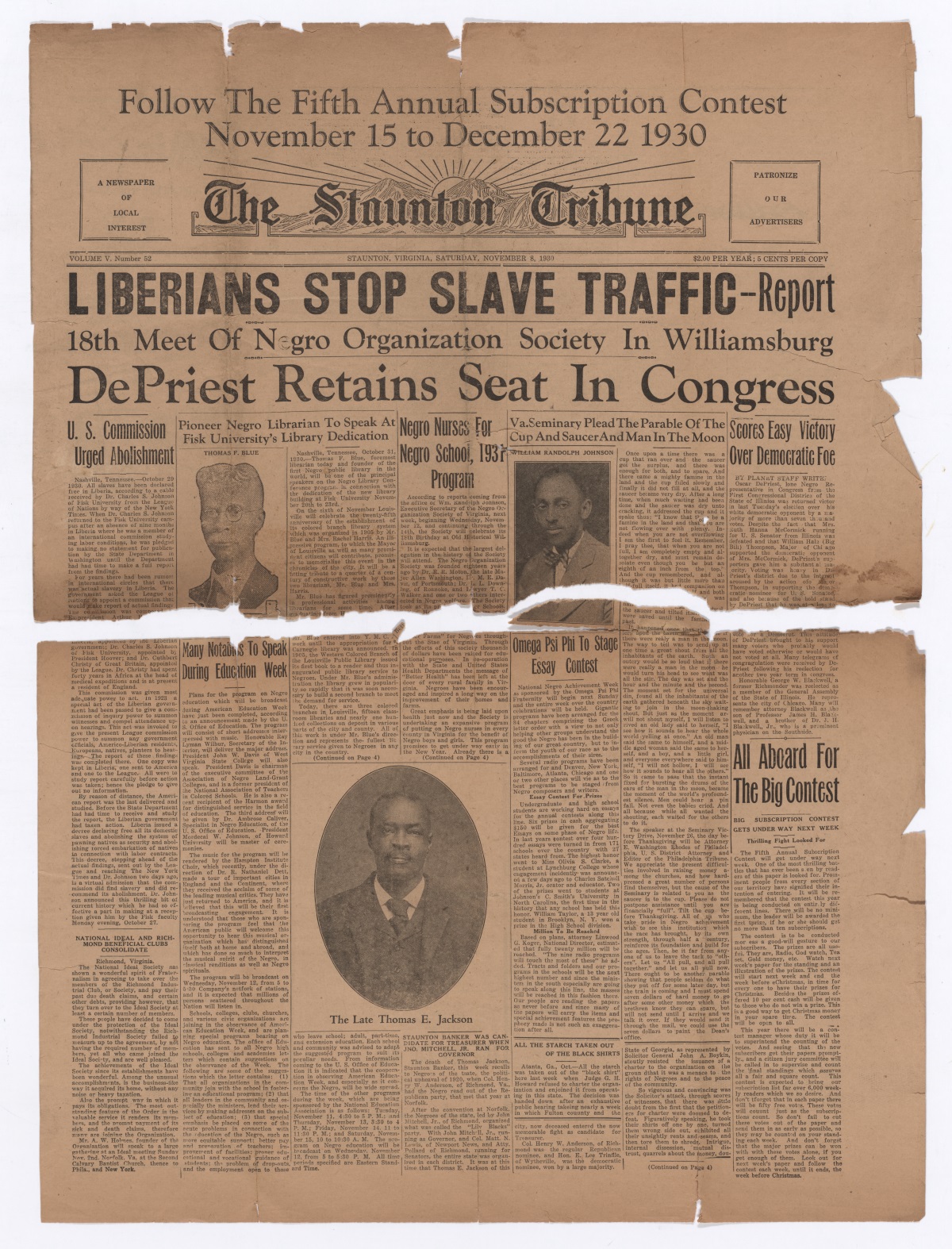 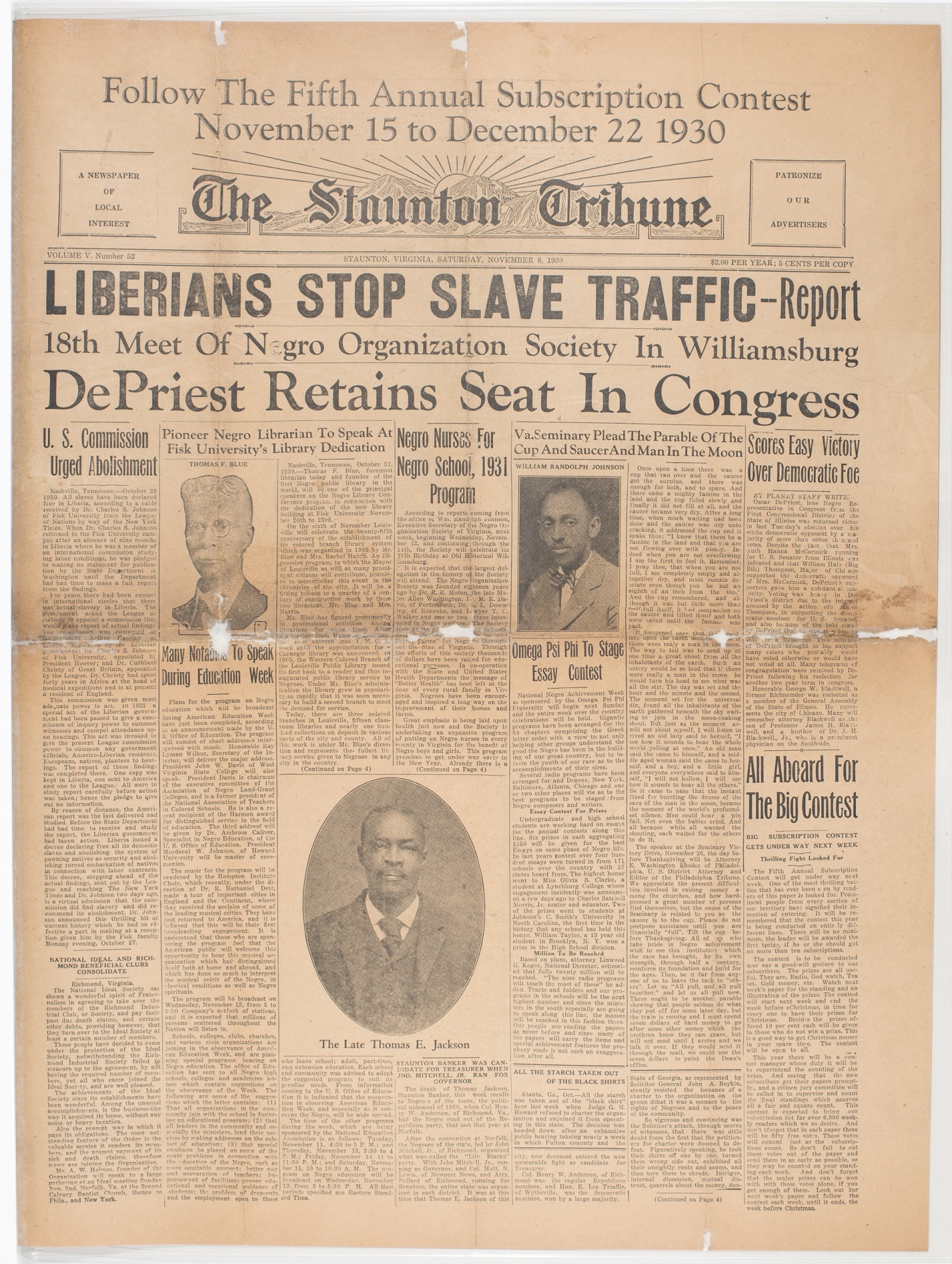 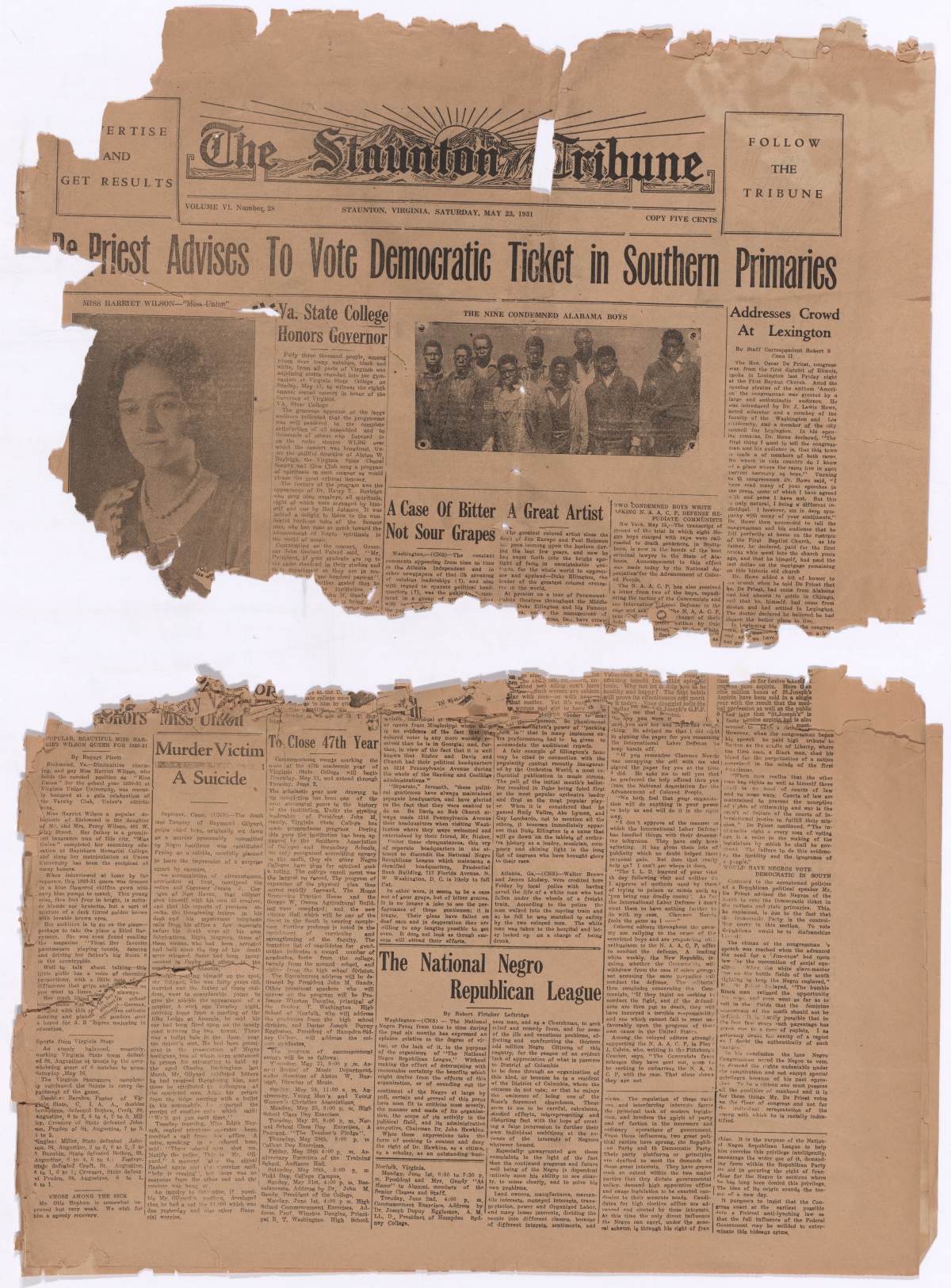 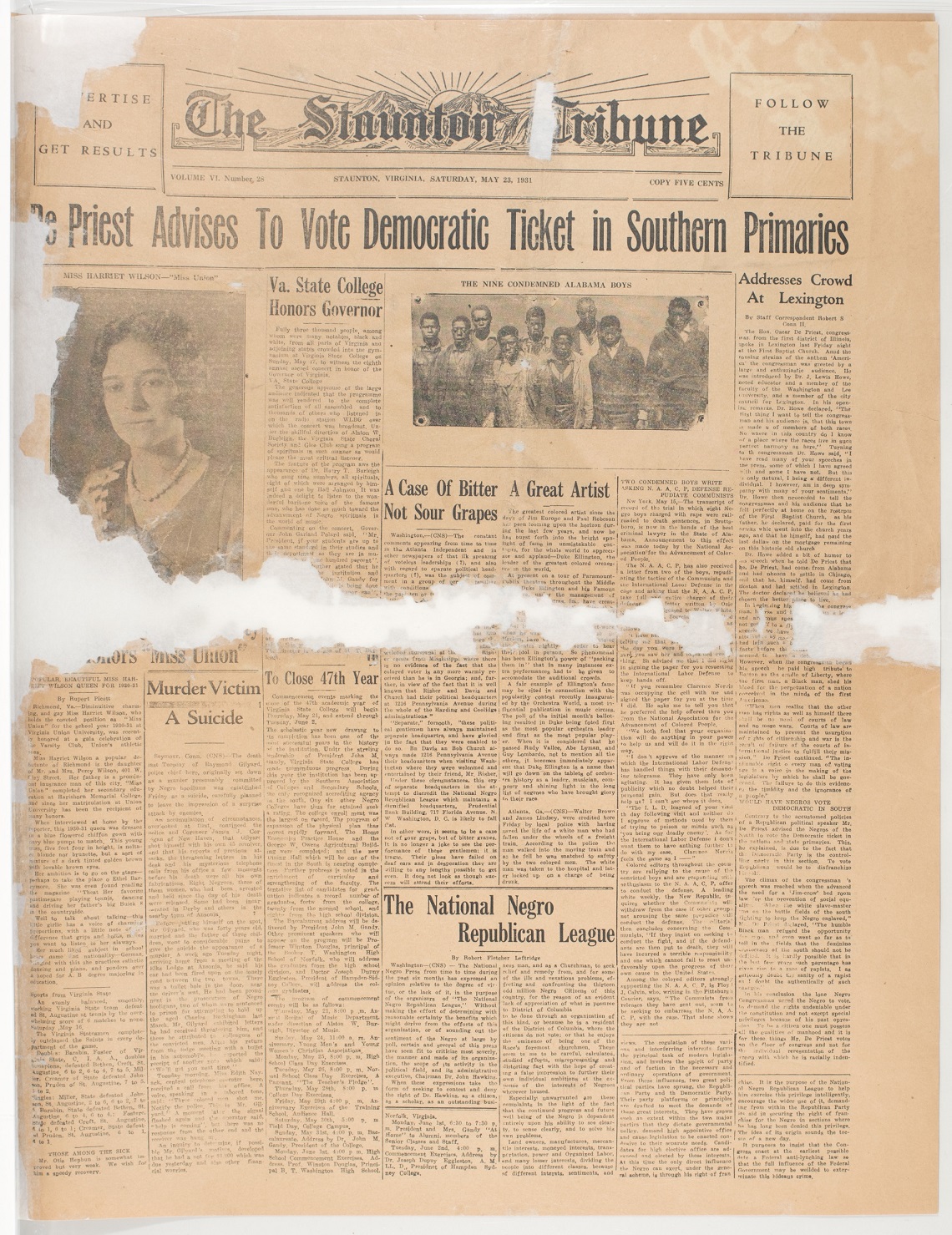