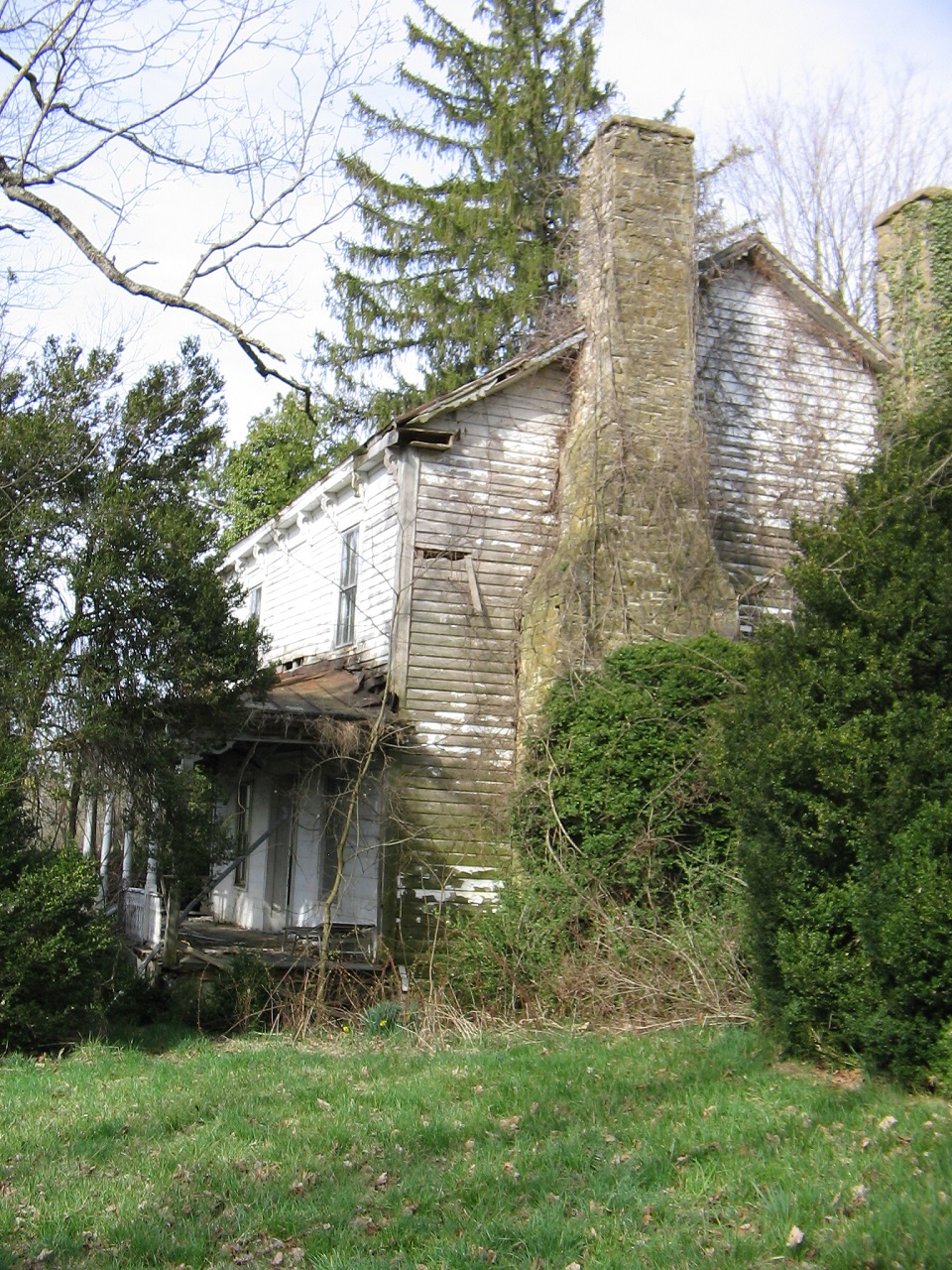 The Long Wait for Freedom: A Montgomery County Freedom Suit

This is part two of a two part post on a fascinating freedom suit discovered during the Montgomery County Circuit Court Records Project.

Part one of the story was published last week.

Flora continued to live with the Charltons, eventually moving to the Seven Mile Tree home built by James Charlton. While there is no further evidence that Flora was able to pursue a freedom suit prior to her death, her narrative served as the basis for suits filed by her daughters and their children. James Charlton’s death in 1825 probably served as the trigger for this series of chancery suits, as Cena and Unis contemplated the possibility that their own families might be broken up and sold away. An 1825 appraisement of James Charlton’s estate indicates that he claimed twenty-one slaves, at least twelve of whom petitioned for freedom. The size and value of Flora’s family had increased since her 1784 arrival in Virginia; by 1825 they were worth over $3,000 dollars.

The series of freedom suits initiated in 1826 would not be resolved until 1853. Cena and Unis sued for their own freedom and by extension that of their children and grandchildren: Andrew, Reuben, Julius, William, Helen, Mary, Tarlton, Matilda, James, and Flora. All of these individuals were designated paupers and represented by counsel.

In addition to claiming that their Flora had been brought into the state in violation of the nonimportation law, attorneys acting on behalf of the petitioners also sought to establish that Flora had been a free person in Massachusetts when her first two children were born.  The cases dragged on for years and across multiple counties; having been heard twice in Montgomery County with no resolution, the cases proceeded to Smyth, Giles, Roanoke, and Rockbridge Counties. Depositions for the case were taken in Indiana and Connecticut and attorneys for both the plaintiffs and defendants traveled to Connecticut to gather evidence. An 1842 ad from the Connecticut Courant indicates the extent of their efforts. Friends and neighbors of Exeter and Flora, many by then over the age of seventy-five, gathered to offer information. Even Sylvester Graham (of graham cracker fame) was called upon to offer testimony; he verified his father’s handwriting which recorded Flora’s marriage to Exeter. Finally, in 1842 a jury ruled in favor of the plaintiffs, declaring Cena, Unis, and their sons free, with damages set at one cent. Their victory was extolled in The Liberator which reported that the case led to the emancipation of forty-five slaves. 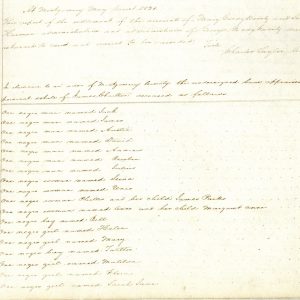 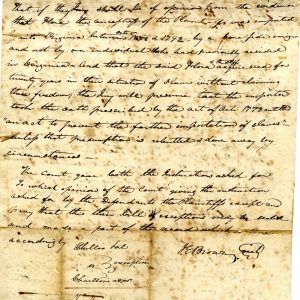 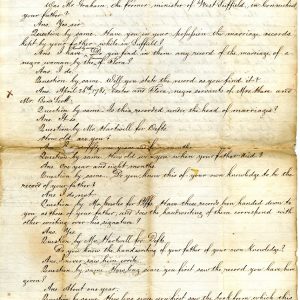 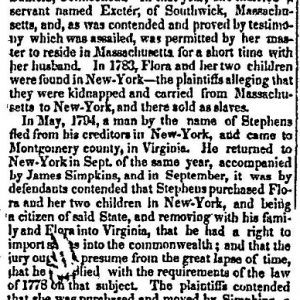 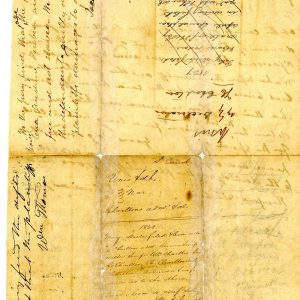 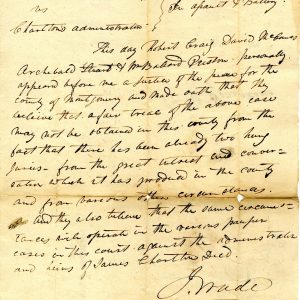 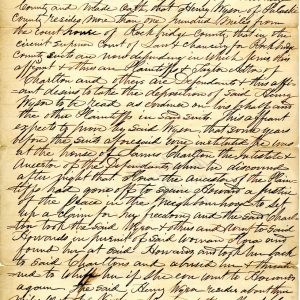 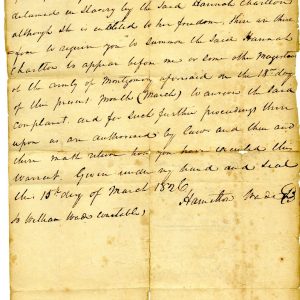 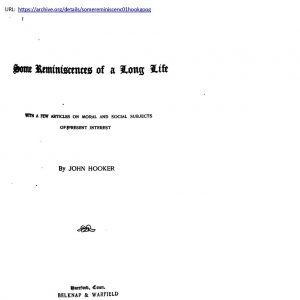 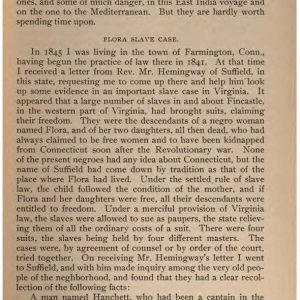 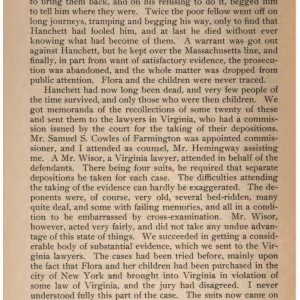 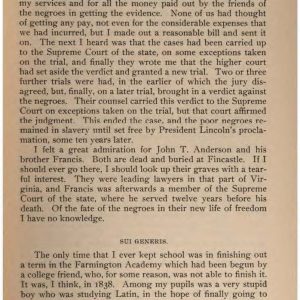 Victory was short-lived; in July 1847, the Supreme Court of Virginia overturned the Circuit Court judgment and ordered a new trial. By the 1840s laws regarding manumission had changed again. Flora’s family increasingly faced procedural roadblocks which limited the type and scope of testimony that petitioners could submit on their behalf. New rules prevented the use of evidence designated as “hearsay” despite, or perhaps because of, the fact that this evidence was pivotal to establish a petitioner’s narrative of kinship, movement, and sale. The final trial took place in 1853 with all four cases heard together in Montgomery County. The court ruled in favor of the Charlton estate.  Although the plaintiffs appealed, the state supreme court affirmed the decision in 1855. Despite tenacious efforts by Flora, her daughters, and even her namesake granddaughter, the family would not be legally freed until after the Civil War. 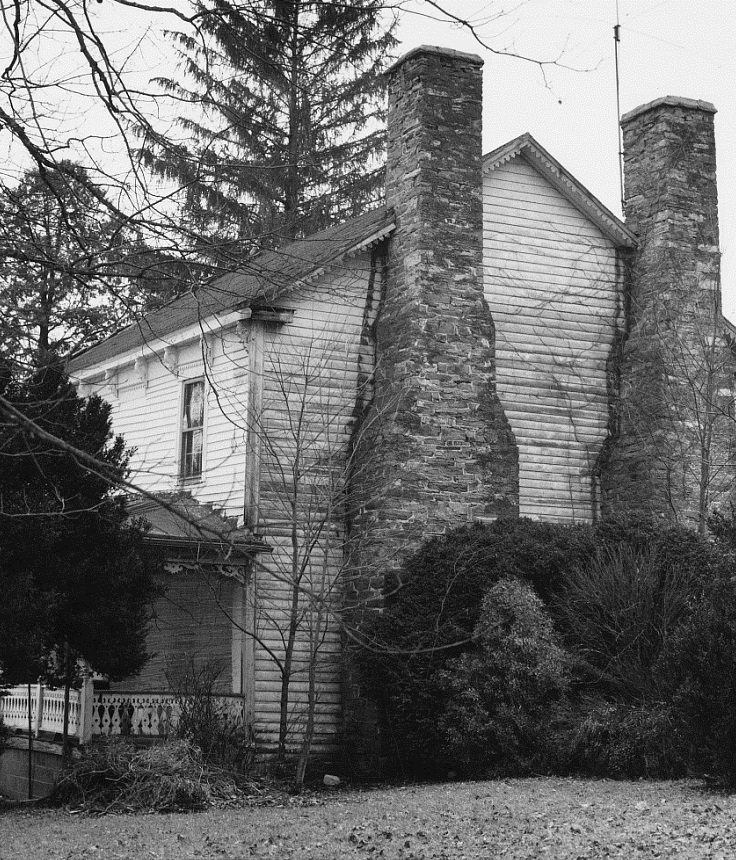 It is easy to lose sight of the individuals caught within the slave system when your focus is on the institution of slavery itself. Flora’s story, along with the actions and narrative of her children and grandchildren, enable us to see not only the plight of slaves but the ways in which individuals worked to define and free themselves.   Although ultimately their case was denied on appeal, Flora’s family could geographically establish her movements from Virginia to New York to Connecticut and Massachusetts and they were able to genealogically trace their origin to the marriage of Flora and Exeter.  In doing so they established and maintained a remarkable claim to freedom which resonates today.

For more information on the complexity of the slave trade in Virginia please visit the Library of Virginia’s current exhibition, “To Be Sold: Virginia and the American Slave Trade” which continues through 27 May 2015.

The Montgomery County chancery records are currently being processed and indexed as part of a two-year grant program funded by the National Historical Publications and Records Commission (NHPRC). The project is a pilot program coordinated by the Library of Virginia’s Local Records Branch and the Montgomery County Circuit Court Clerk’s Office.