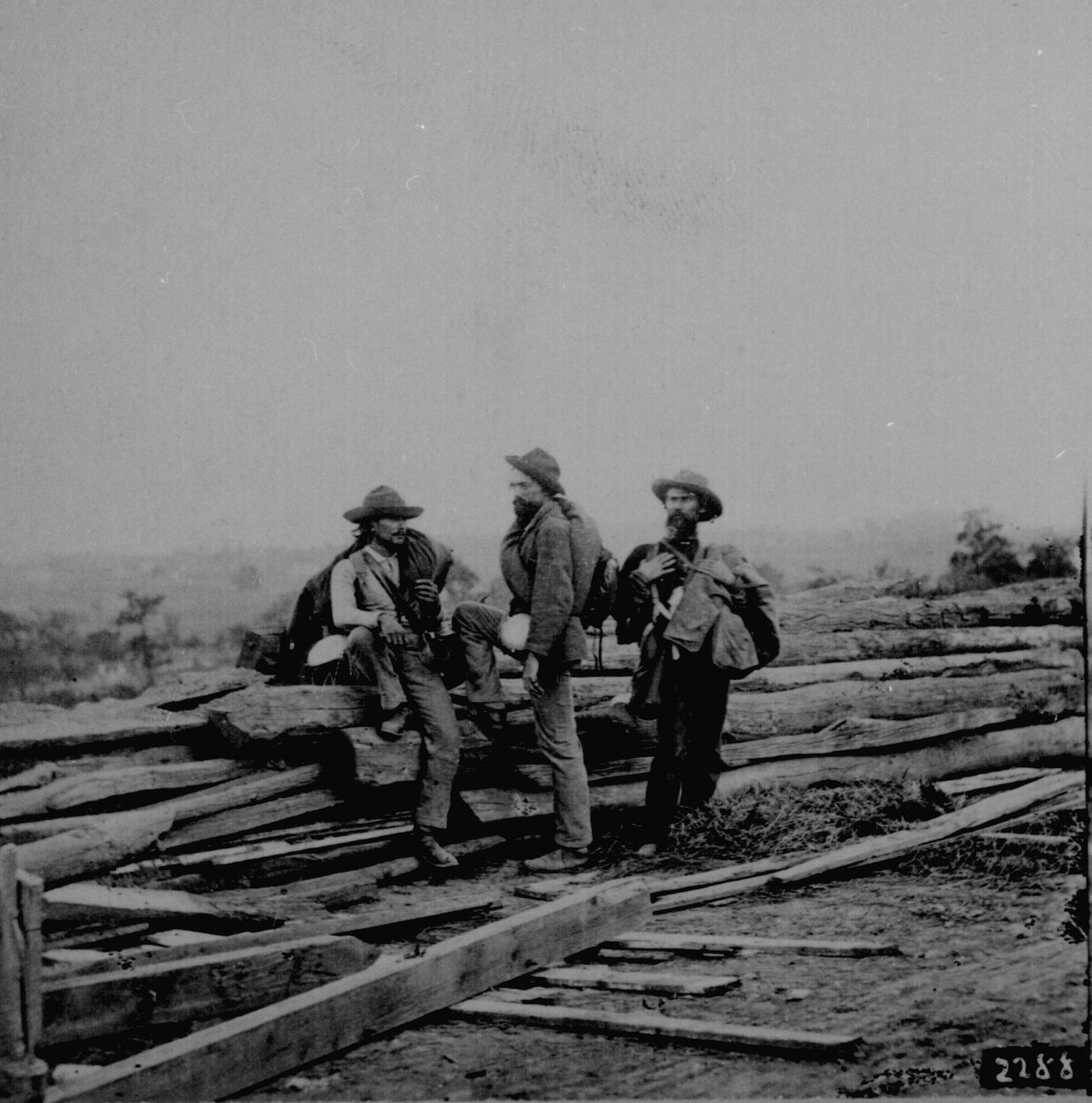 Recently I was approving some transcriptions done by our virtual Library volunteers on the Making History: Transcribe website and came across a collection of letters written by the Morris family of Louisa County, Virginia. This one letter caught my attention because it was written in July 1863 and I’ve always found the Battle of Gettysburg to be fascinating. The author, John R. Morris (1835-1905), served with the 57th Virginia Infantry Regiment which was a part of General Lewis A. Armistead’s Brigade and participated in Pickett’s Charge at the Battle of Gettysburg, Pennsylvania. Morris wrote to his father Richard A. Morris (1805-1881) on 10 July 1863 recounting the news that several Colonels were killed during the battle, stating, “Pickets Division got cut all to peases [pieces]. Our regiment went in with 500 and 20 men and come out with 200 and 70 men. Tha [there] was half of our company kill [killed] and wounded and missing.”  Morris also writes about family members that were in battle noting that “John W. Morris has not bin [been] seean [seen] sence [since] the fight.” 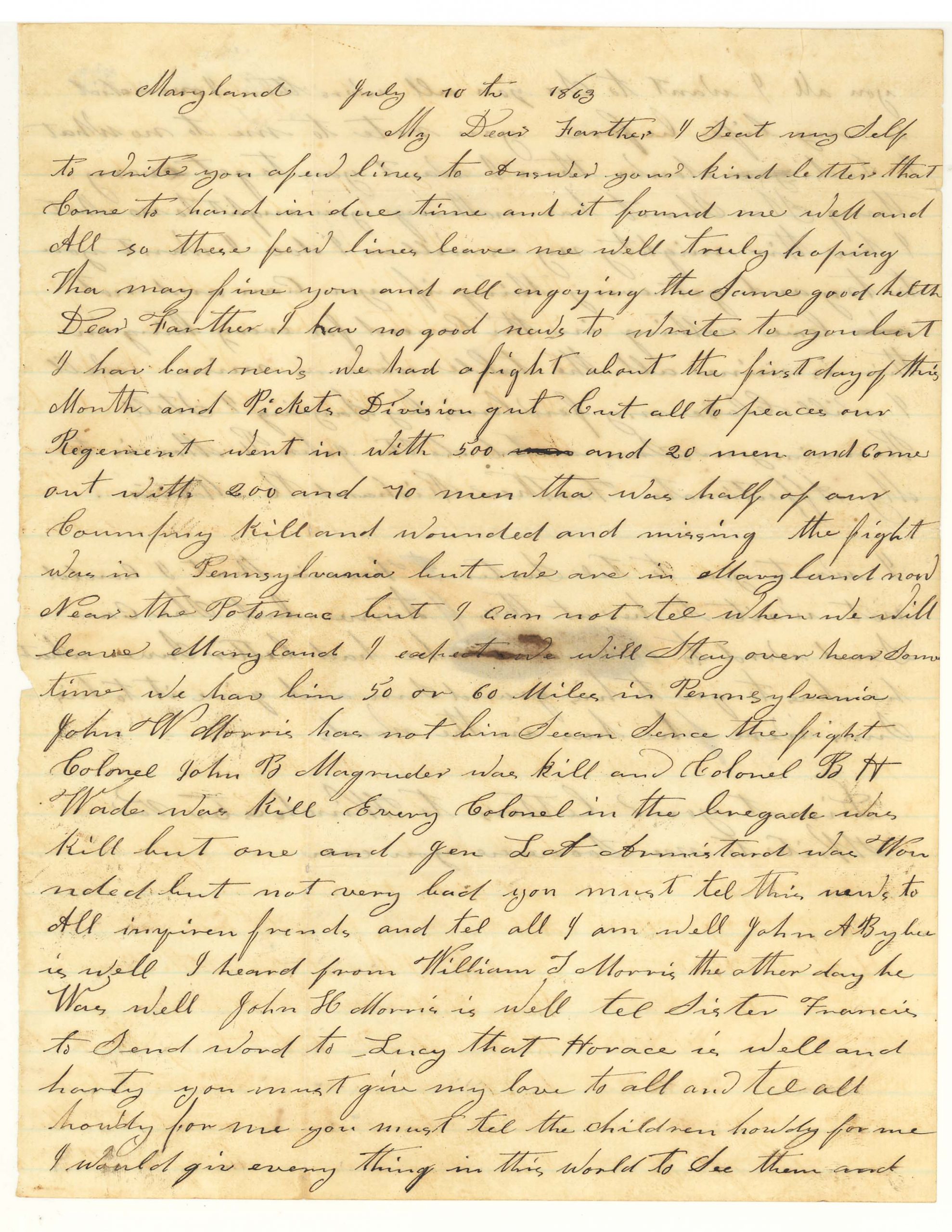 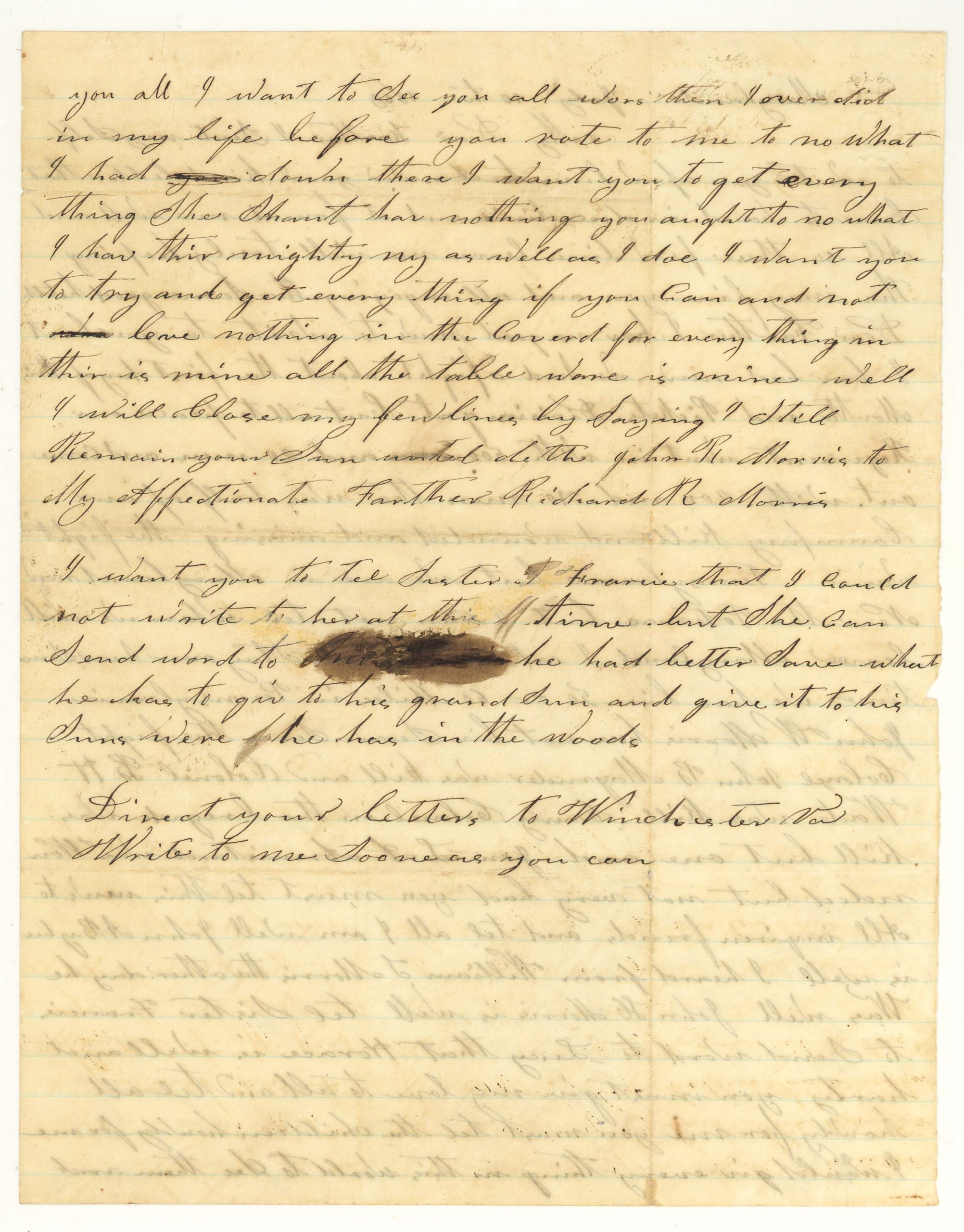 While I find it interesting to read a letter written by someone who participated in Pickett’s Charge, what I also found so endearing about this letter, and over fifty others written, were the simple things that Morris wrote in his letters. Almost every other sentence starts with a sweet, “Dear farther” [father] and is always signed “to my affectionate farther [father].” Morris also includes a few pleas in each letter to be sure to tell everyone “howdy.” To me it’s the personal loving touches of these letters that I find so timeless and charming. If you are interested in reading the Morris family letters they are all available online through the James I. Robertson Jr. Civil War Sesquicentennial Legacy Collection. The transcription of this letter can be found on Making History: Transcribe‘s website.