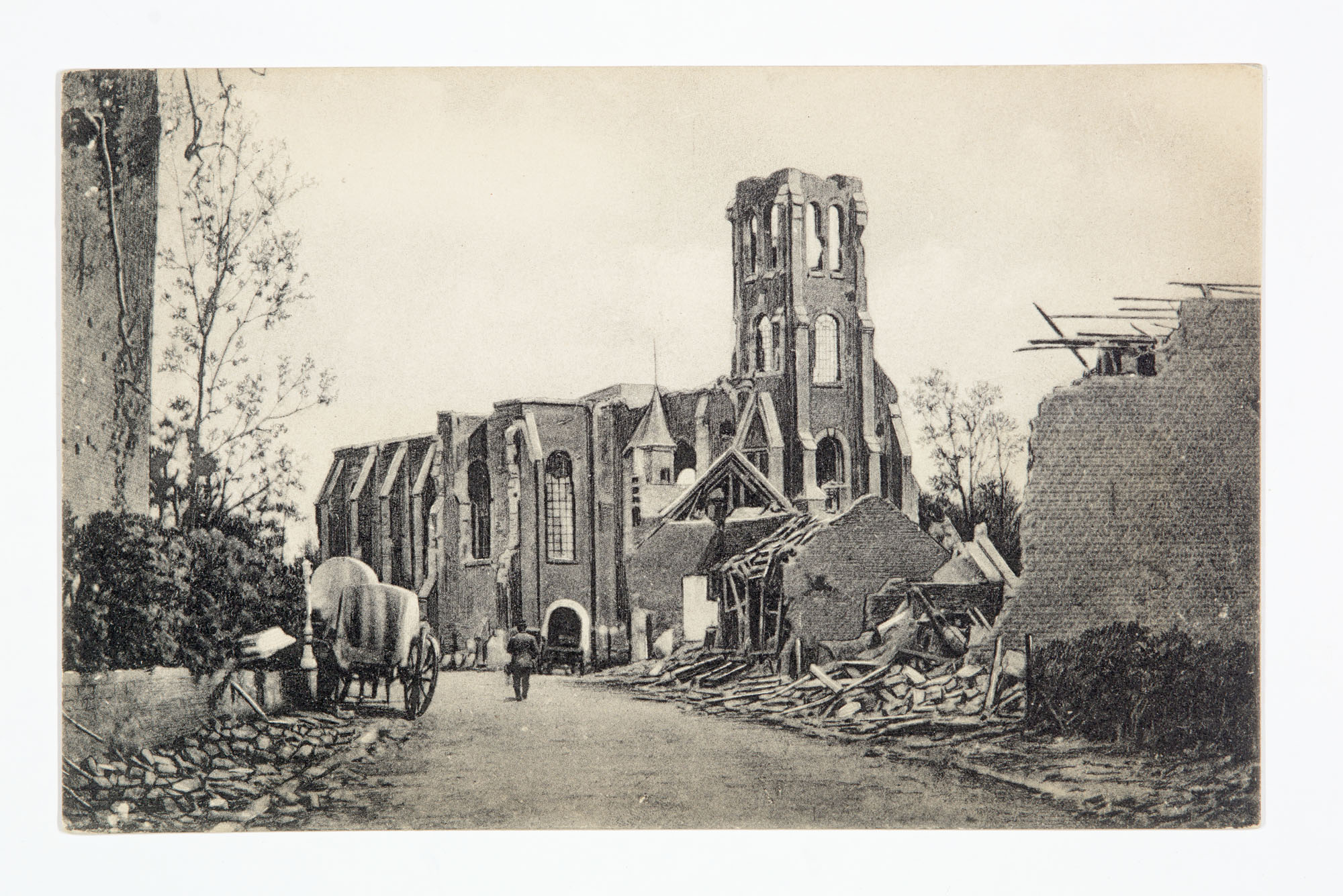 The Library of Virginia’s Visual Studies Collection has a collection of German postcards depicting non-combat scenes from the Western Front. Schaar & Dathe of Trier printed the postcards, which depict the effects of war through images of ruins, life in the camps, and the clean-up efforts of soldiers and civilians. 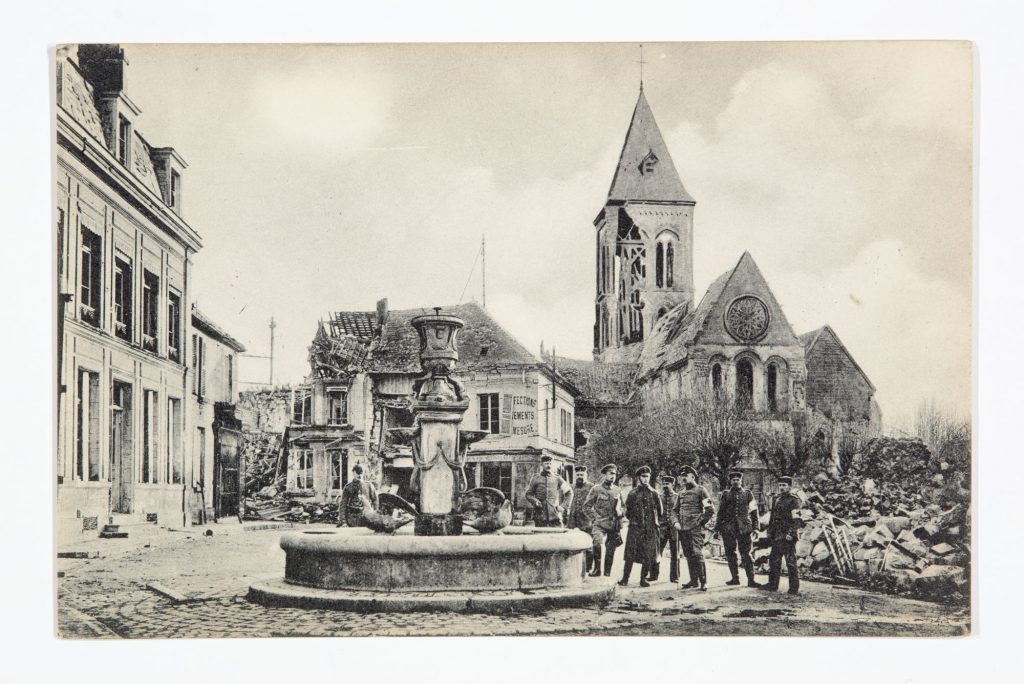 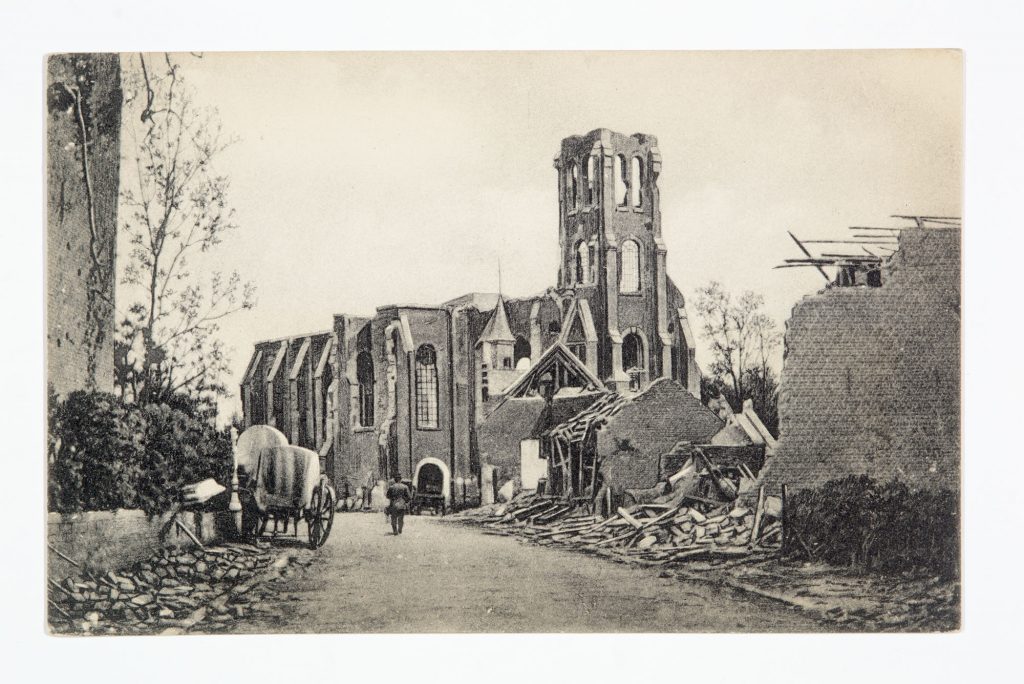 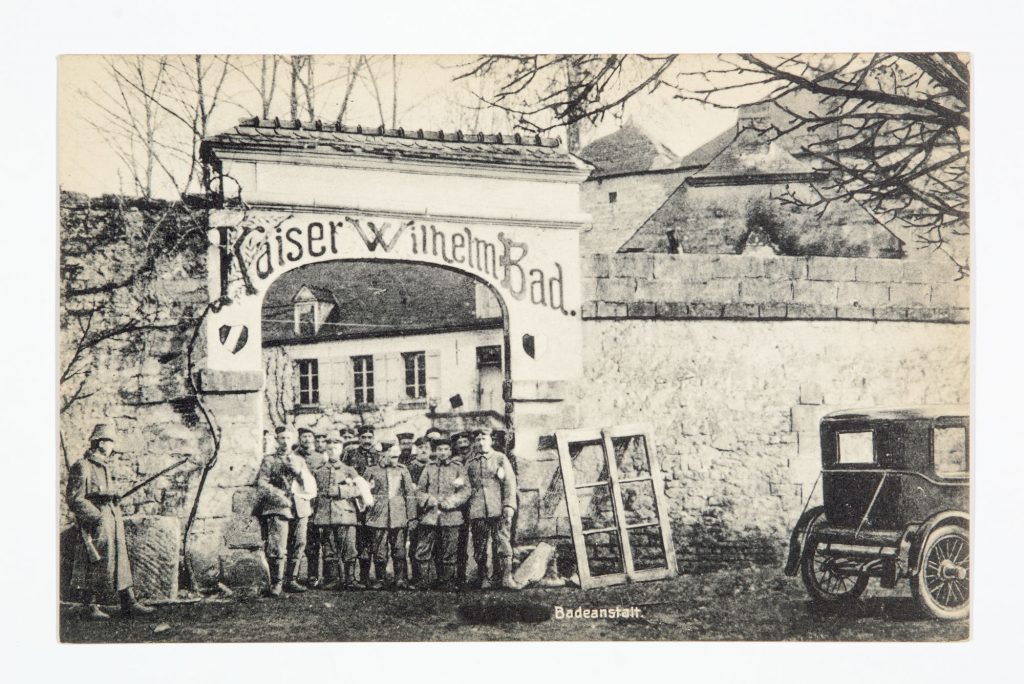 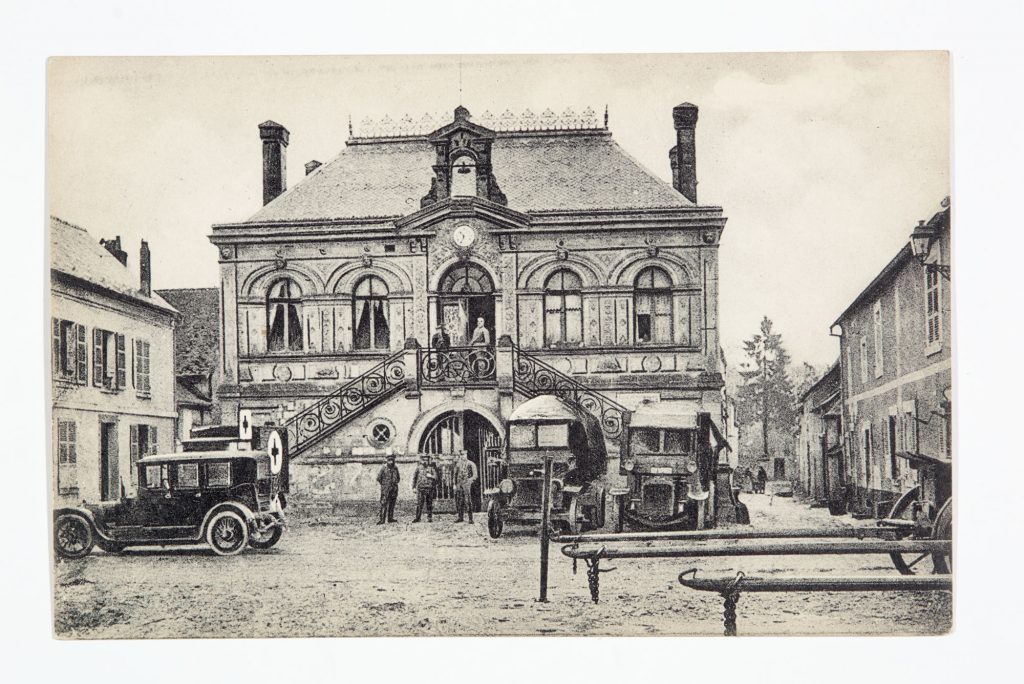 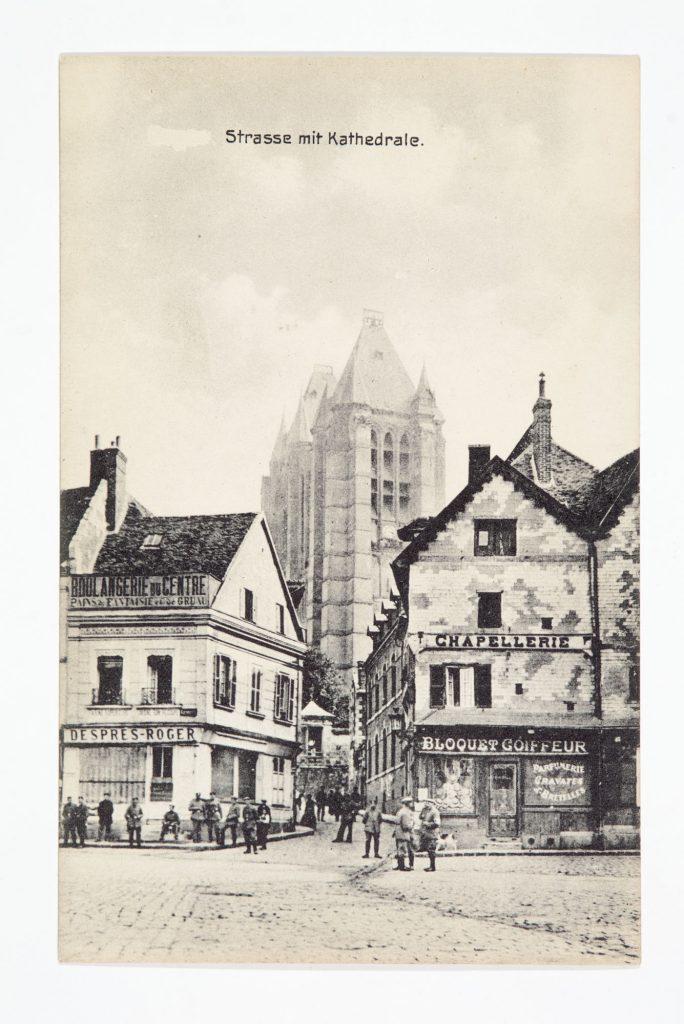 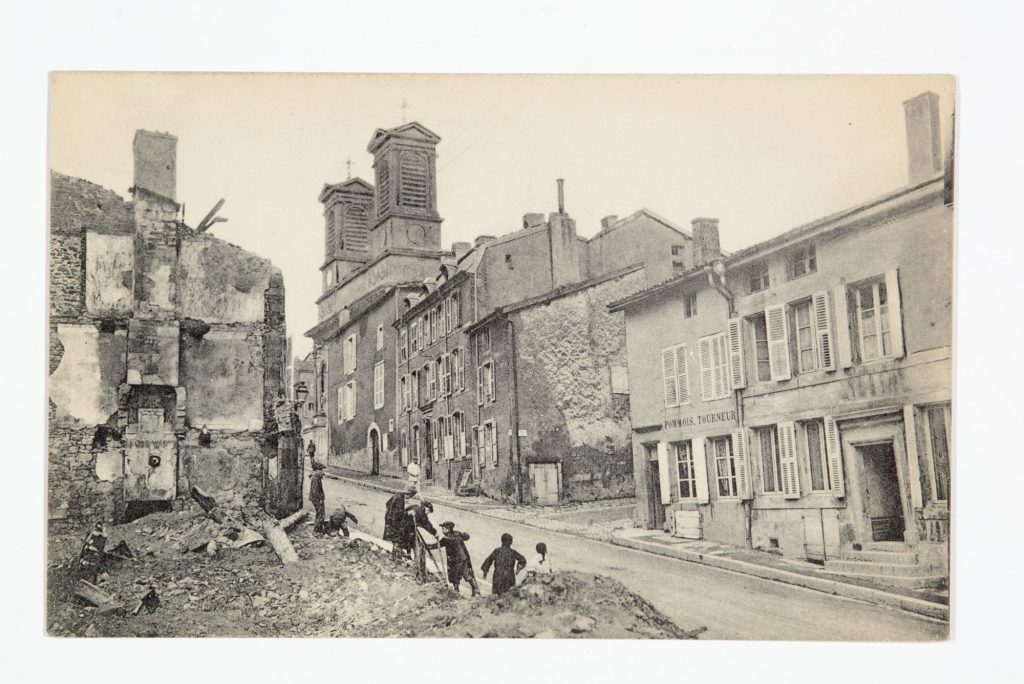 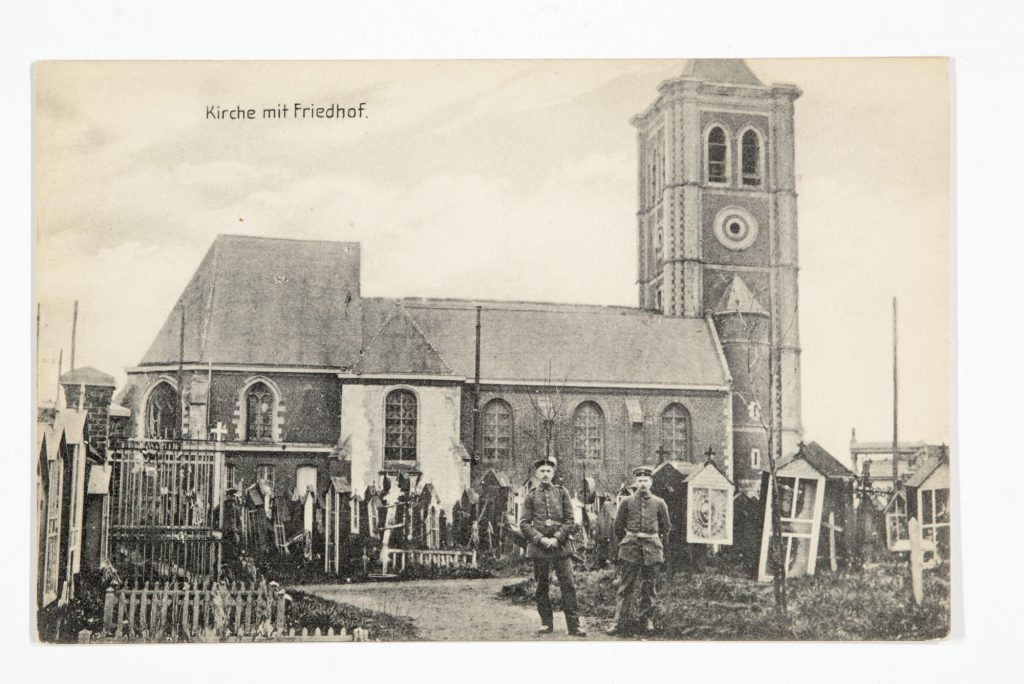 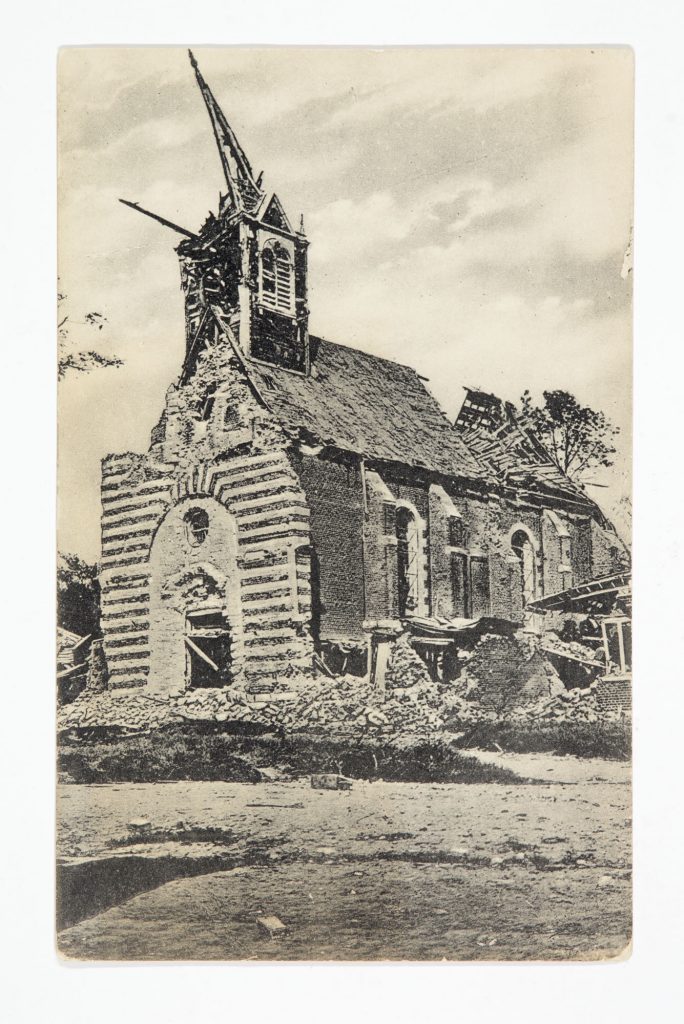 Schaar & Dathe of Trier was one of the biggest German postcard printers and used letterpress, lithograph, and collotype processes. During WWI, the company had 15 presses and employed 150 workers. Creating postcards during the war was an easy, affordable way to spread news visually about the areas most affected by combat. It’s odd to think of someone sending and receiving these images, but it might have been the easiest way to update someone about the damage in your town.

In thinking of how to best show these images online, I focused on the places depicted and selected the HistoryPin platform. The Library of Virginia uploads image sets with strong geographical ties to HistoryPin, so that users can explore them by location. For instance, if you look at Richmond, you’ll see all the Adolph Rice photographs we’ve uploaded, as well as everyone else’s images. Users can attach their stories and recollections to the images as well, creating multidimensional descriptions. Part of the fun of HistoryPin is matching up old photographs with current images of the places they were taken using Google Street View.

While trying to geolocate each postcard image, aided by use of Google Translate for the German language captions and descriptions printed on each, I ended up virtually driving through numerous small French and Belgian towns using Google Street View. I was usually searching for a church steeple on the horizon or another landmark to anchor my historic image to the current place. I was often frustrated by the limitations of Google Street View. After all, those images are created by driving a car with a multi-lens camera mounted to the top of the roof; these WWI postcards and most historic images are taken by ordinary people standing on sidewalks or clearings. The alignment of history with present is rarely perfect, but sometimes the imperfect visual is enough. I could imagine how destruction from one war—let alone a second barely twenty years later—would have been rebuilt into today’s cities and towns, how landscapes are (re)shaped by time and human activity: an invisible layer made visible. 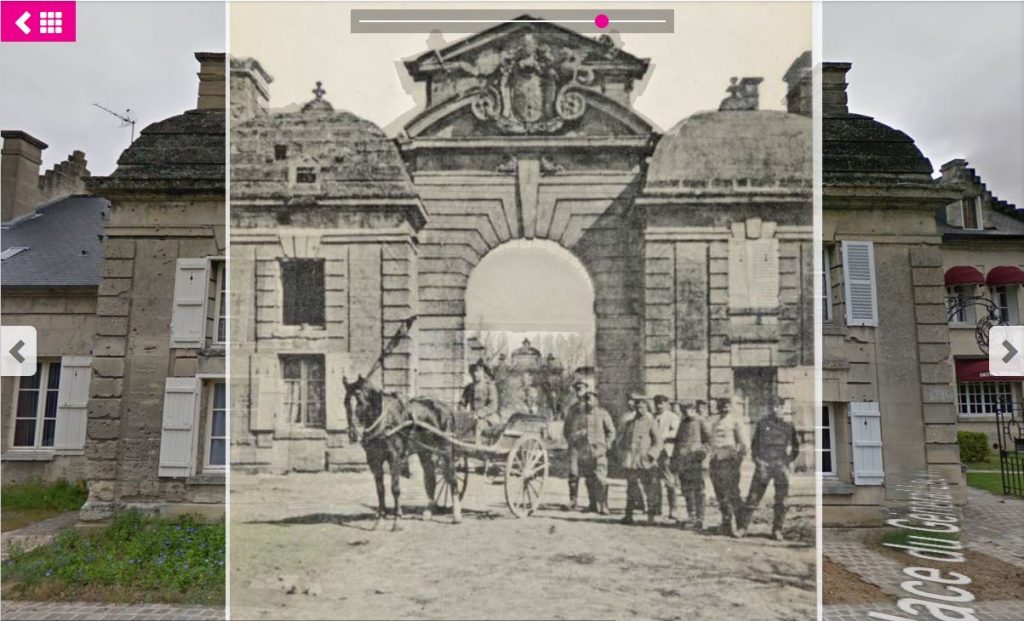 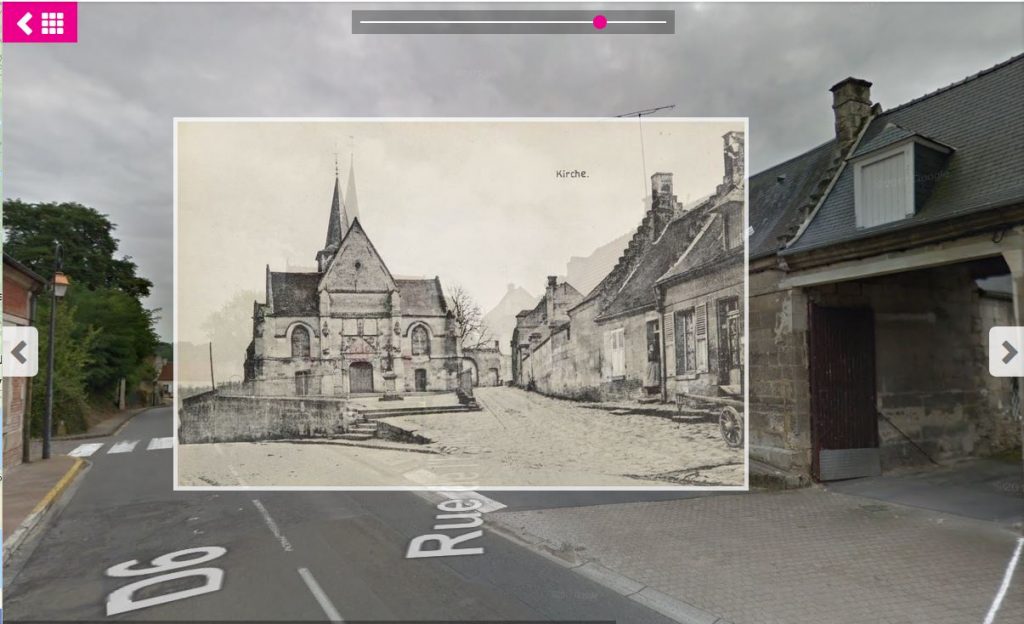 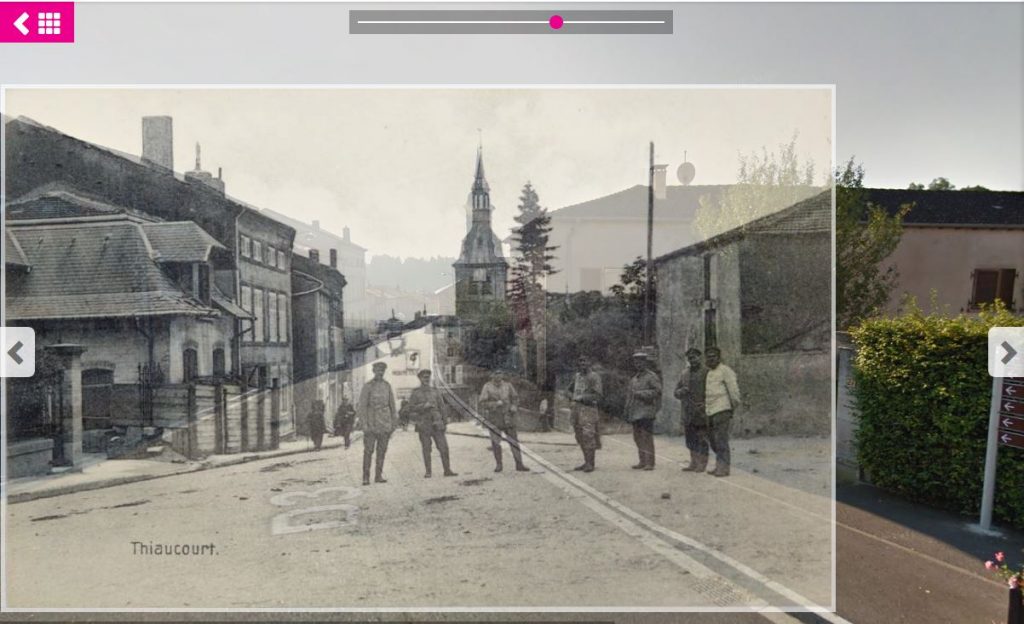 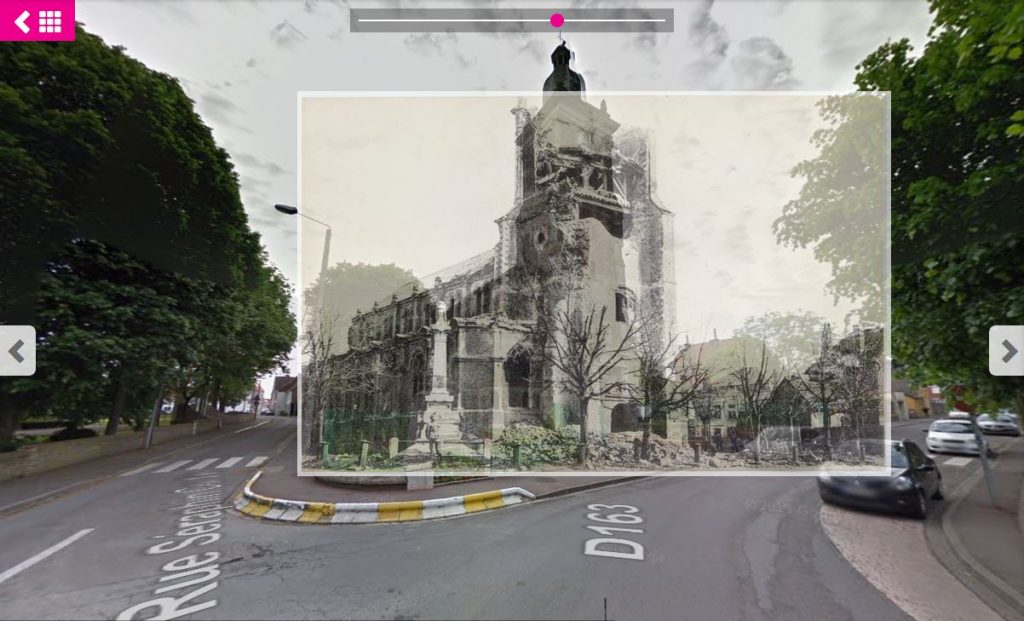 I invite you to view this collection of German postcard from WWI on HistoryPin and explore Library of Virginia’s WWI collections on The World at War.