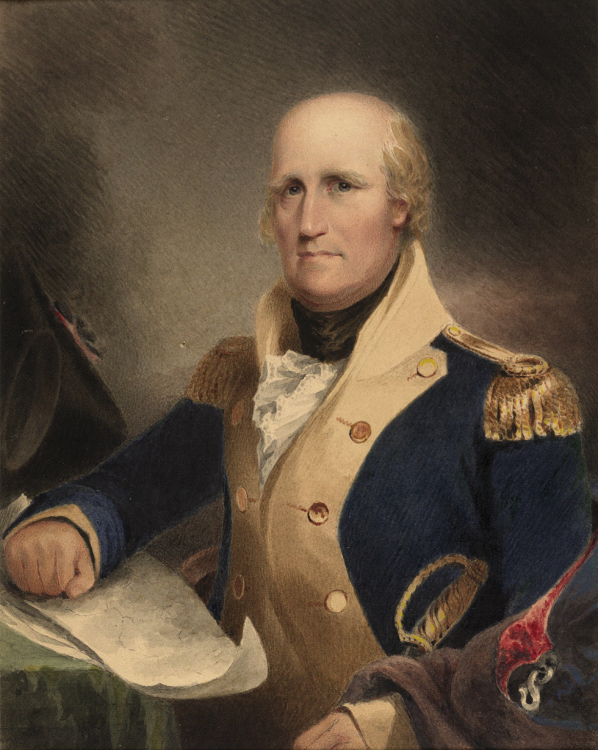 A Virginian, a Tomahawk, & the American Revolution in the Old West

Editor’s Note: The Library of Virginia, in partnership with Virginia Humanities, sponsors residential fellows during the academic year to conduct in-depth research in the Library’s collections. Gregory D. Smithers, Professor of History and Eminent Scholar (2019–2024) in the College of Humanities and Sciences, Virginia Commonwealth University, spent the spring researching and writing for a book project entitled The Riverkeepers: The Cherokees, Their Neighbors, and the Rivers that Made America.

Like many eighteenth-century militiamen, Joseph Bowman was interested in more than warfare. Bowman’s enlistment in Virginia’s militia during the Revolutionary War also served the modus operandi for thousands of colonial Americans by the latter half of the century: the business of doing business. In a letter dated 14 June 1779, Bowman provided a rich description of the economic opportunities available to Virginians who were willing to try their luck throughout Anglo-America’s western frontiers. From New Orleans to the Ohio Valley, Bowman surveyed a diverse land rich in financial possibilities.

Joseph Bowman was born in Frederick County, Virginia, on 8 March 1752. The grandson of German immigrants, the family made the decision at some point during the eighteenth century to anglicize their surname name from “Baumann” to “Bowman.” Bowman’s forebears saw the western frontiers of Virginia as a space where they might prosper. As such, the family joined the first Europeans to settle in Virginia’s Blue Ridge Mountains, eventually becoming respected members of colonial society in the Shenandoah Valley. 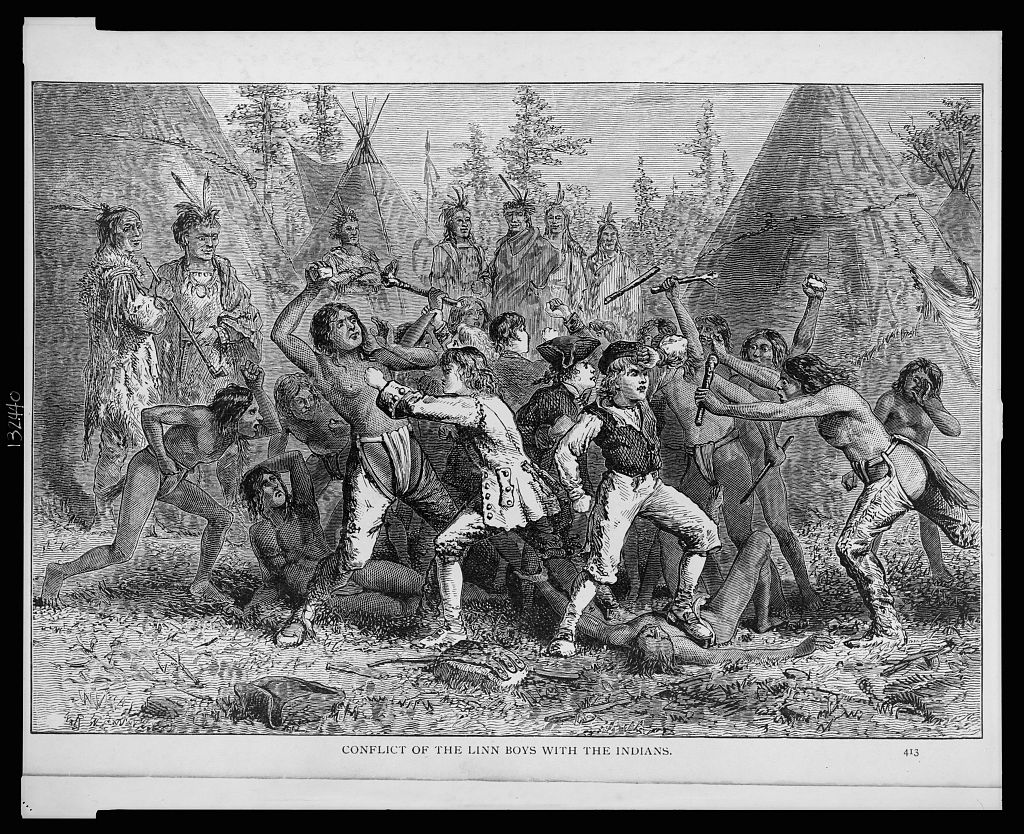 Life in Virginia’s backcountry was not easy, though. The Bowman family knew this. They also received occasional reminders about their formerly marginalized identity as German immigrants. This proved especially true during the Revolutionary War, when anti-German sentiment spiked throughout the colonies. However, by the late 1770s the “Baumanns” were a distant memory as members of the Bowman family chose marriage partners wisely, proved their loyalty to the Anglo-American colonies by enlisting in the militia, and enjoyed considerable economic success. Moreover, Joseph Bowman contributed to the westward march of Anglo-American civilization by “settling” the wilds of “Kaintuckey.” The Bowmans had become the right kind of white people.

In the June 14 letter addressed to Isaac Hite, a close family relation on his mother’s side who married president James Madison’s sister Nelly, Bowman revealed his knowledge of the profits, both financial and social, to be made from trade. In New Orleans, for example, the success of “trading vessels” at that port highlighted how even at a time of war “Money has become so plenty.” The goods these vessels brought to New Orleans did not sit and rot at the port as the Revolutionary War raged on. Instead, trade goods made the journey along riverine trade routes to markets in bustling frontier communities like Detroit.

But ensuring the continued flow of trade into the North American interior didn’t just mean defeating the Redcoats; it involved securing frontier communities against Native American warriors, perceived by men like Bowman as hostile “savages.

In Bowman’s 1779 letter, which can be found in the George Rogers Clark Papers at the Library of Virginia, we get an insight into how fear of Indian attacks tended to dissolve—at least momentarily—virtually every source of division and discord among European settler communities. Anxiety about Indian attacks resulted in men like Bowman taking up the hatchet and applying it (with great force) to the skulls of Indian warriors whenever the opportunity arose. On the frontier, settlers perceived violence against native peoples about as necessary as the strategically placed forts that protected frontier settlements. They gave little consideration to peaceful coexistence. Bowman thus informed Hite that “Kaintuckey is very strong several forts built their laitley. I am informd that Brother John has marchd some time agoe with a bodey of troops from their against the Shawnees.”

Joseph Bowman made a name for himself killing Native Americans. While he employed Native American interpreters to advance his military strategies, their labor was entirely dispensable. Bowman’s military service in Indiana in 1779 proved particularly important to his growing reputation among whites throughout the Anglo-American frontier. He provided Hite with an insight into the brutality that helped make a name for him, writing “that we took but seven Indians which was immediately tomahockd [tomahawked] and between 130 or 40 Prisoners among whome where some French troops which was Dischargd upon parole.” At this moment in American history, the business of Americans involved not just making money; it included the slaughter of Native Americans. 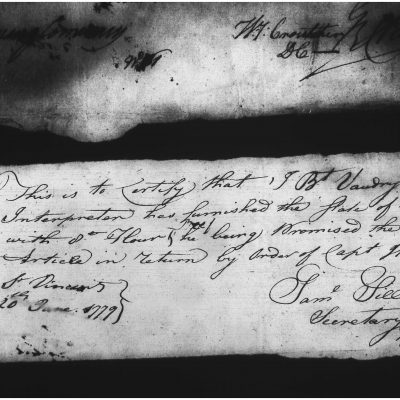 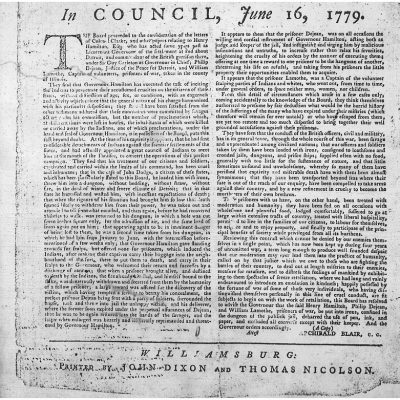 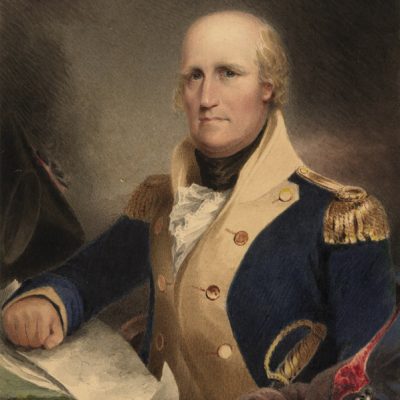 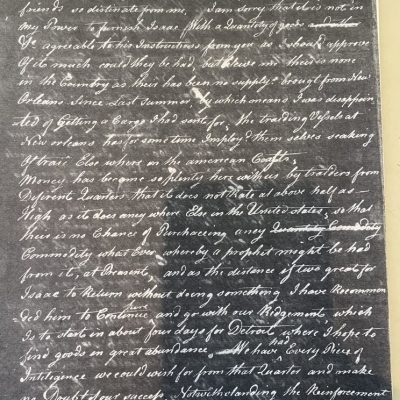 Out of such brutality flowed great wealth for white Americans like Bowman. From his family’s humble beginning as German immigrants in Virginia’s Shenandoah Valley, Bowman “tomahockd” his way to land in Kentucky, access to wealth through expansive trade networks, and the social esteem that came with a white (and male) racial identity during the opening years of the United States republic.

Bowman’s 1779 letter constitutes an archival fragment, but as historians of early colonial America are all too aware, it is from these slivers of information that we work to make sense of the past. When you gather enough of these archival fragments, you can begin to tell stories that complicate simplistic narratives about heroic frontier settlers. As Joseph Bowman’s letter reveals, those stories are less the stuff of heroic mythology and more bloody and violent in nature.