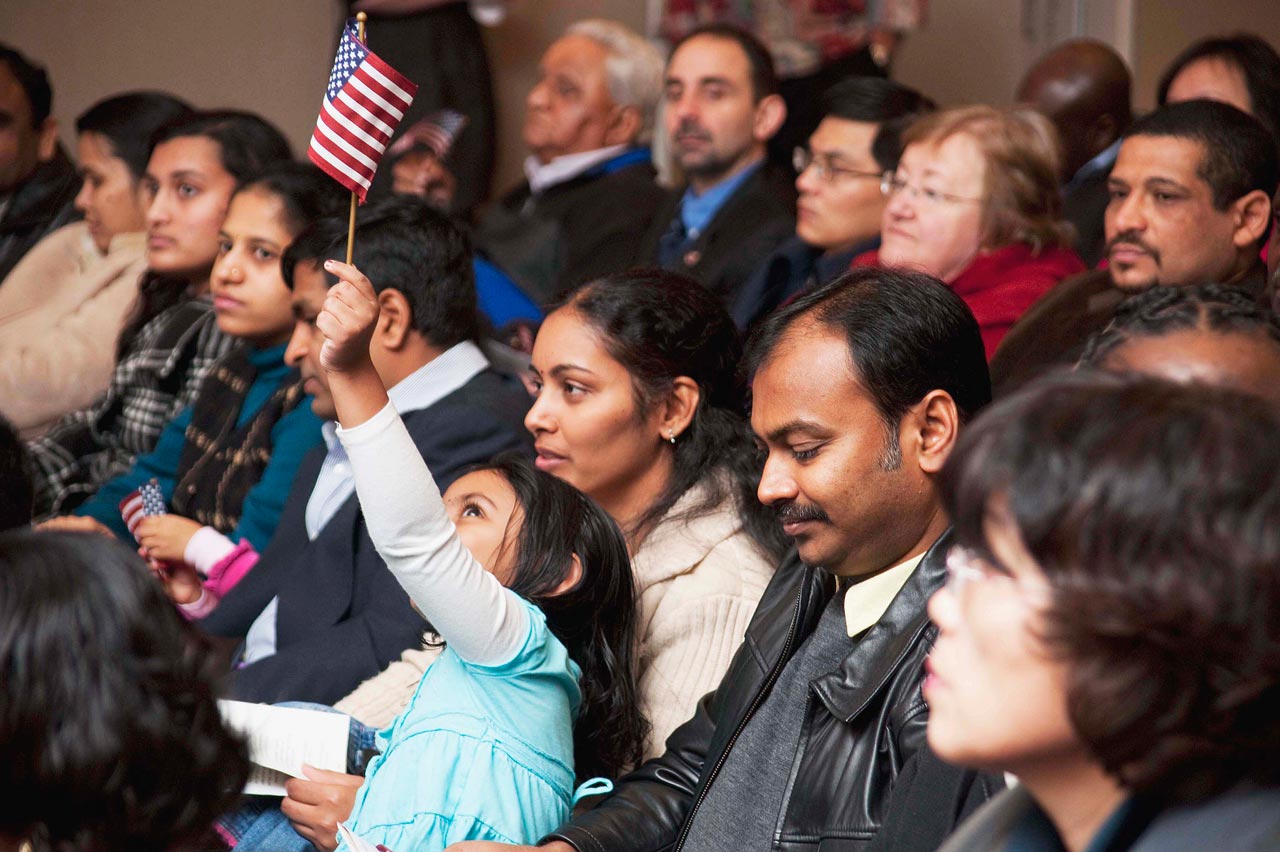 A child displays her enthusiasm during a naturalization ceremony held January 2010 at the Library of Virginia.

The predominant documents found in the naturalization records are the declarations of intent.  An immigrant seeking U.S. citizenship would first file this document in which the applicant declared his or her intent to become a citizen and renounced allegiance to a foreign government.  Information found in the declaration included name of applicant, place of birth, date of birth, age, and name of the ruler to which he or she renounced allegiance.  A person could declare intent to become a citizen at any time and in any place after arriving in the United States. After three additional years, a person could apply to become a citizen. These two steps did not have to take place in the same court, which is why one will find in the naturalization records collection declarations of intent from other states such as Illinois, Pennsylvania, and Rhode Island. 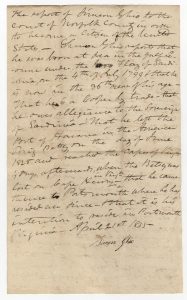 The 1835 report for the naturalization of Simon Ghio from Sardinia. He survived a shipwreck off the coast of Virginia.

The collection also includes reports for naturalization filed in the local courts.  They were similar to declarations of intent in that the applicant made known his or her intent to become a citizen of the United States.  However, the reports were commonly written in a narrative style as opposed to a standard form and therefore contain more detailed information regarding the applicant’s journey to citizenship. 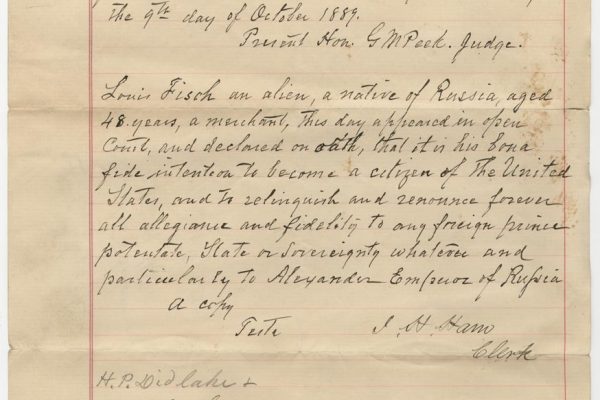 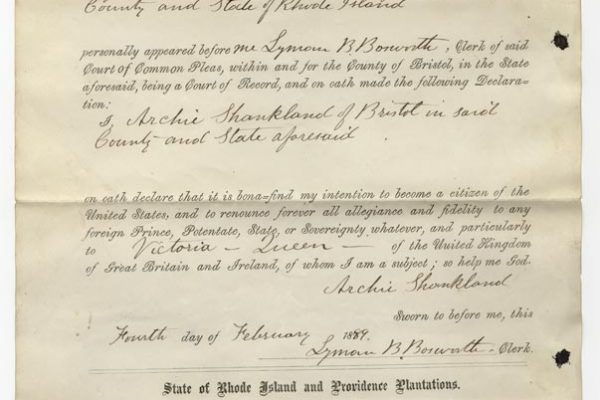 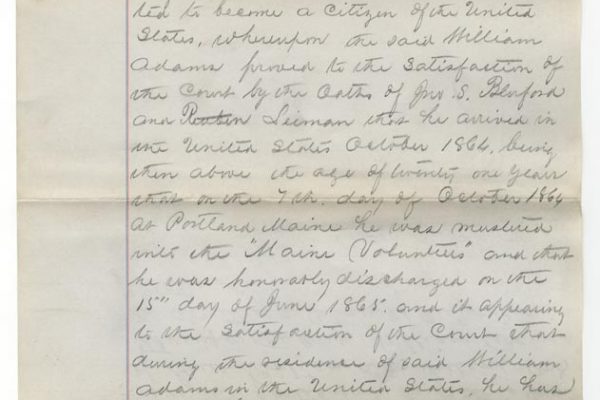 Order of citizenship for William Adams 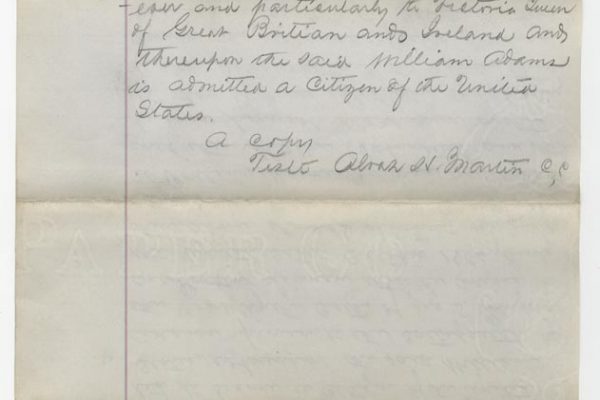 In his report to the Norfolk County Court filed in 1835, Samuel Ghio of Sardinia explains that he came to Virginia in 1825 after his ship, the brig Betsey, sank near Cape Henry.  William Adams of Great Britain references his service in the Civil War as part of his report filed in Norfolk County Court in 1885.  Adams wrote that he arrived in the United States in October 1864 and in the same month was mustered into the “Maine Volunteers.”  He was honorably discharged on 15 June 1865.  There are many more stories of immigrants’ quests for citizenship found in the naturalization records at the Library of Virginia, stories to which those who are becoming citizens of the United States tomorrow probably can relate.