Bouldin and Crowder, together again

A reunion of sorts recently took place when the Library of Virginia received a generous gift of the papers of William D. Bouldin (1839-1917) from his granddaughter Frances McGowan of Hopkinsville, Kentucky (Accession 50231). Bouldin, originally from Charlotte County, Virginia, served with the 18th Virginia Infantry during the Civil War and was held prisoner at Point Lookout, Maryland, until the end of the war.  He later moved to Kentucky.

Bouldin’s sister was Alma May Bouldin (1862-1920).  Alma never married, and lived much of her life in Drake’s Branch in Charlotte County.  In a letter she wrote in 1919 to her brother’s wife, Clara Bouldin (1845-1933), she mentions nephews John Nelson and Bouldin Crowder.  The two operated Crowder Brothers, a general store in Clarksville, in neighboring Mecklenburg County. “I am now at Bouldin Crowder’s in Clarksville,” Alma wrote. “Bouldin and Nelson Crowder have a dry goods store here in Clarksville and carry on a splendid stock for a country town.” 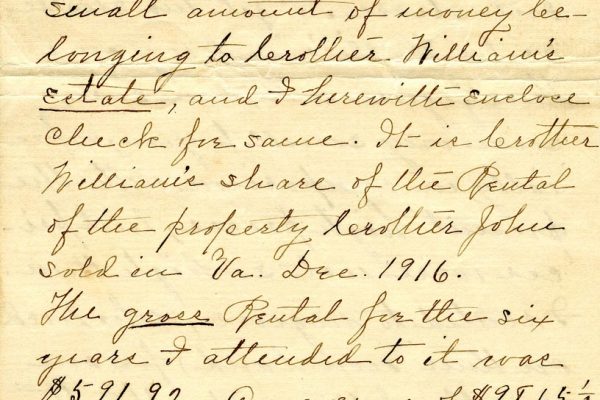 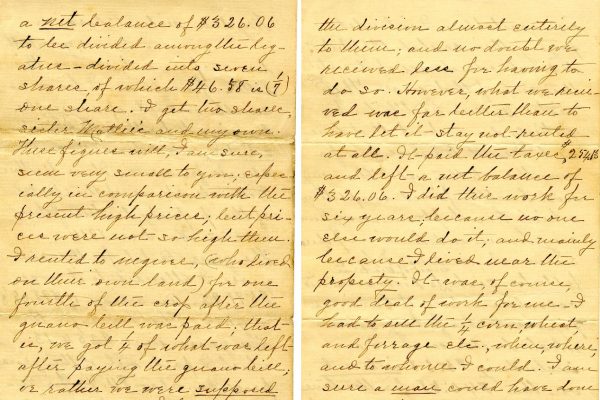 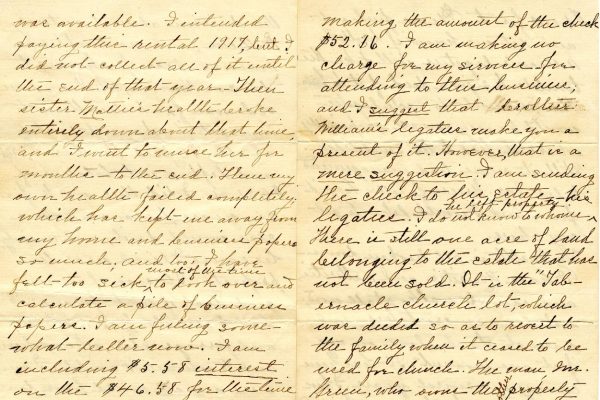 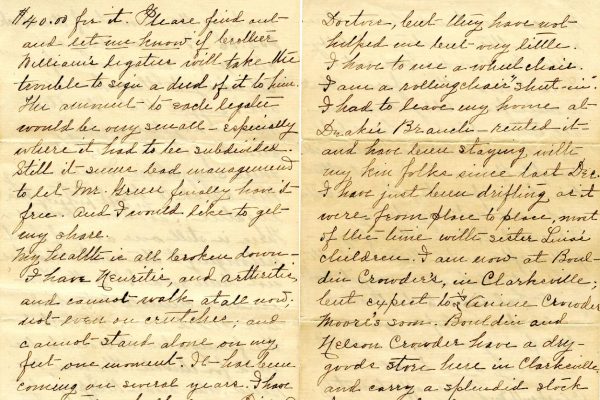 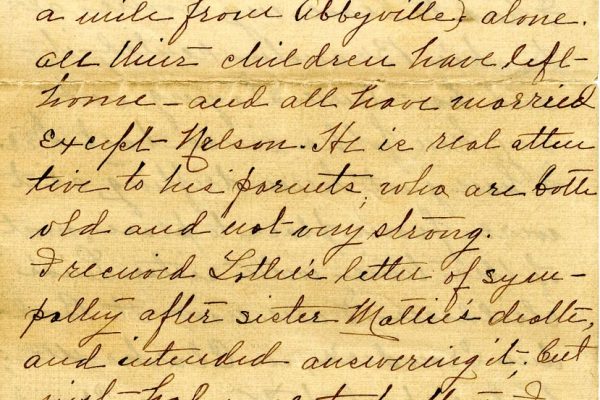 The papers of three generations of the Crowder family, including records of the Crowder Brothers store, were acquired a little over two years ago by the Library of Virginia (Accession 44451) through a gift from the Connecticut Historical Society in Hartford, where a Crowder descendant had settled. Now two collections from these related families have made their way from other states and are held together in Richmond at the Library of Virginia.  The collections complement each other nicely, and it’s fortunate that they are now housed at one institution for researchers to use.

While we are on the subject of reunions, William D. Bouldin was a proud Confederate veteran, and went to numerous reunions of the United Confederate Veterans, including one held in Memphis in May 1901.  There he was reunited with Archibald S. Quinn (1842-1906) of Chulahoma, Mississippi, a fellow prisoner of war at Point Lookout.  “’Twas such an agreeable surprise to meet up with you that I have not gotten over it,” he wrote to Bouldin the following September (in a letter found in Accession 50231).  “You were the only prison mate I met and I can but wonder at the strange Providence that brought us together.”  Quinn went on to write a four-page letter about his life since “those dark days of suffering and humiliation” at Point Lookout. 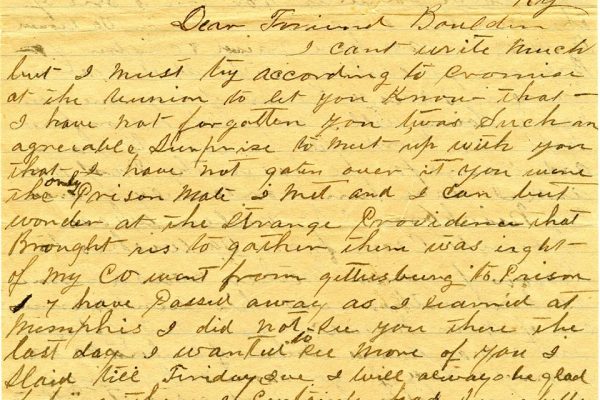 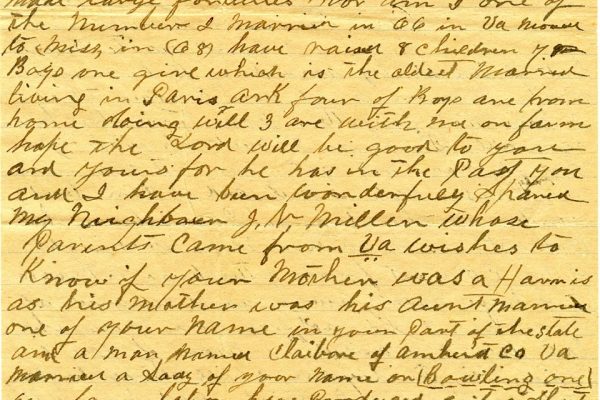 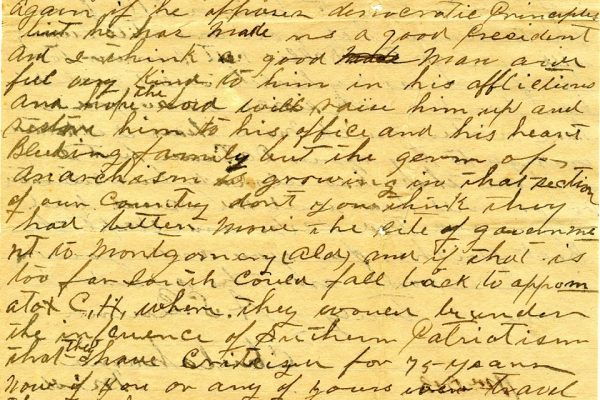 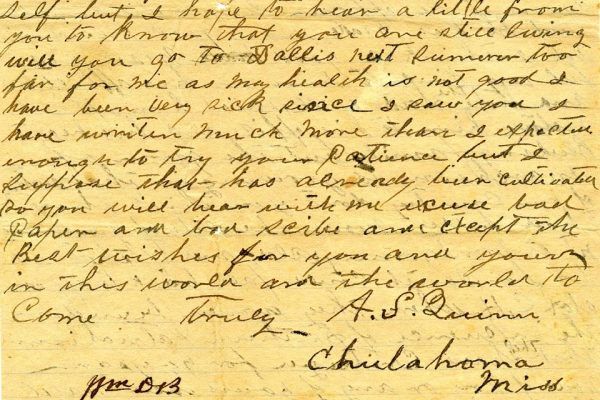 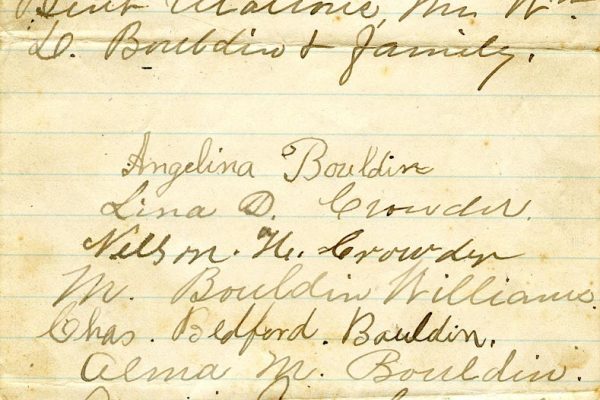 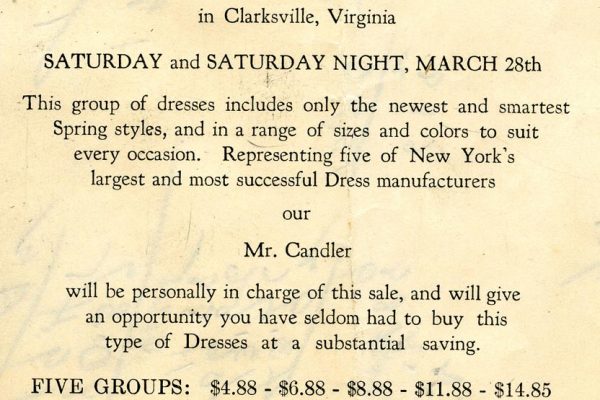 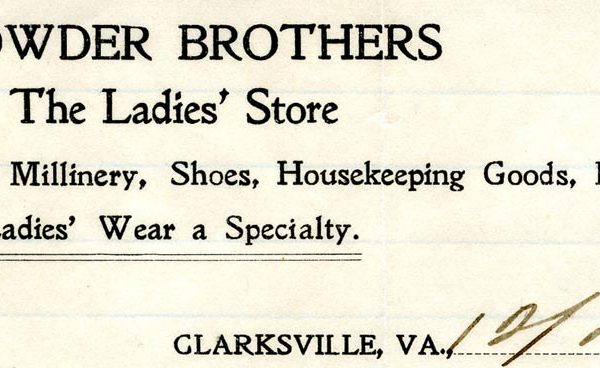 It was also an “agreeable surprise” to many of us at the Library when the Bouldin papers arrived here not so long after the Crowder papers.  But we don’t have to wonder at the circumstances that brought them together.  The generous donations of Francis McGowan and the Connecticut Historical Society ensured that the two collections now share a home.

Transcript of letter, 3 December 1919, from Alma May Bouldin to her sister-in-law Clara F. Bouldin.

Transcript of greetings sent by Bouldin and Crowder family members in Virginia to their Kentucky relatives.