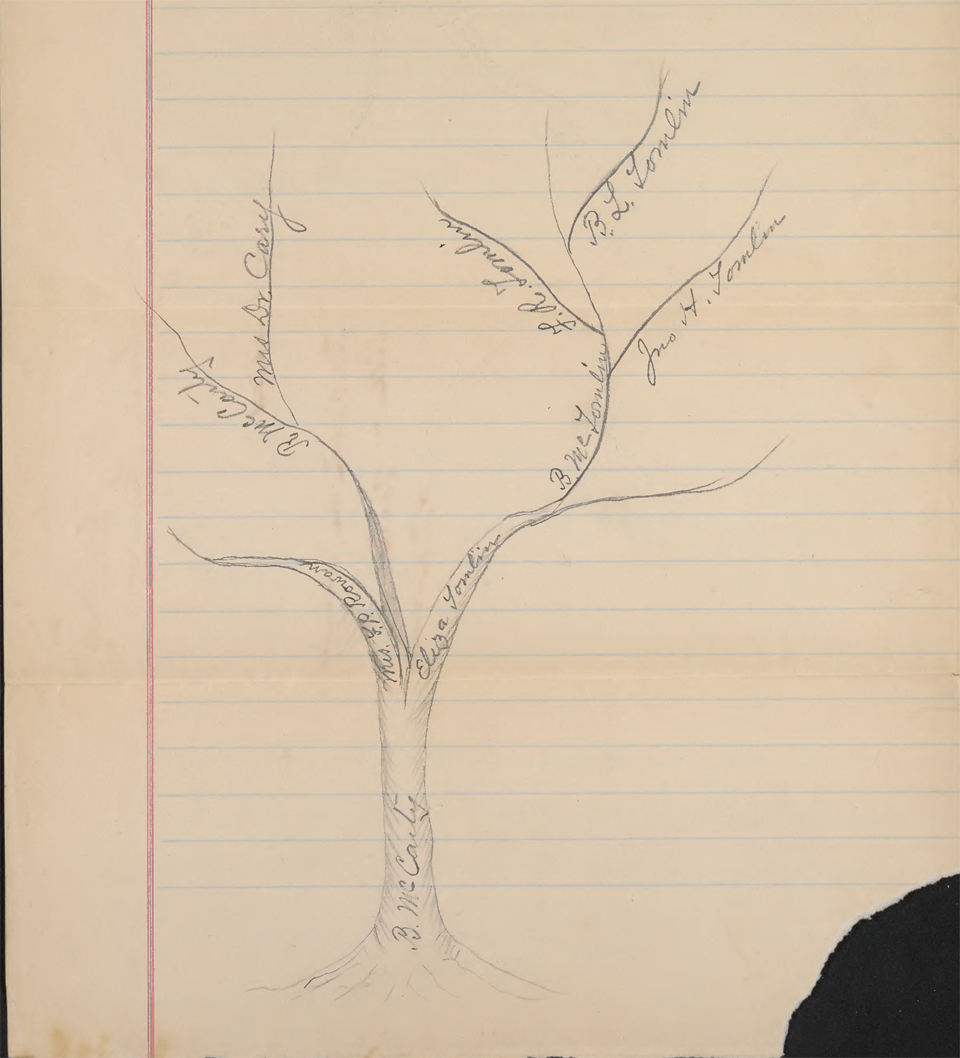 The Library of Virginia is pleased to announce that digital images for the Middlesex County Chancery Causes, 1754-1912, are now available online through the Chancery Records Index on the LVA’s Virginia Memory site. Because they rely so heavily on the testimony of witness, chancery causes contain a wealth of historical and genealogical information and are especially useful when researching local, state, social, or legal history. They often contain correspondence, property lists (including slaves), lists of heirs, and vital statistics that are especially helpful in documenting the African American experience, family history, and Southern business and labor history. Following are a few suits of interest found in the collection.

The Middlesex County chancery causes contain many suits illustrating the experiences of African Americans in the tidewater region.

In Simon Laughlin vs. Jacob Valentine, 1773-005, Laughlin sues for the recovery of funds he spent on boat and horse hire while traveling to a prison in Snow Hill, Maryland, looking for a runaway slave. In 1858, Elizabeth Thornton initiated two suits in attempt to get rid of unwanted slaves. In Elizabeth Thornton vs. Margaret Thornton, 1858-012, Thornton claimed that Jane had a “very bad disposition” and had become “almost worthless.” Jane supposedly was a “very bad girl, a notorious rouge,” and “very idle.” After successfully selling Jane, Thornton then sought to get rid of Lucy, aged 45, and her children James, William, and Daniel – Elizabeth I. Thornton vs. Catharine Thornton, etc., 1859-018. Lucy had “become so unmanageable that she [was] wholly worthless.”

Slaves also sought out the Middlesex County Circuit Court in efforts to obtain their freedom. In Agga, etc. vs. Executor of Randolph Segar, etc., 1815-003, several slaves sue for their freedom after being emancipated by the 1795 will of Randolph Segar, whose executor claimed the slaves needed to be sold to settle the estate’s debts. In 1843, Betsy Hord and her two sons were held in debtors prison and on their way to the auction block to settle her late husband’s debts. In Betsy Hord, etc. vs. Thomas Jones, sheriff, etc., 1846-002, Betsy Hord claimed that she was a free woman, having been emancipated by deed by her husband on 16 July 1842. She was granted an injunction halting the sale, as long as she was able to pay her husband’s debts. 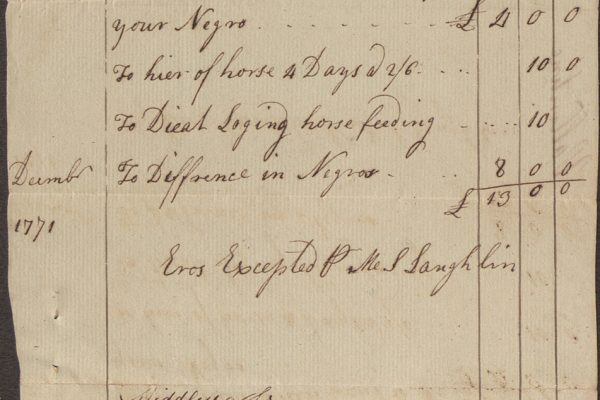 Receipt for fetching a runaway slave 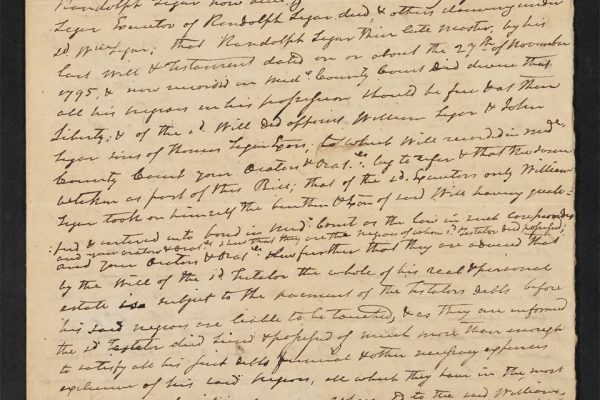 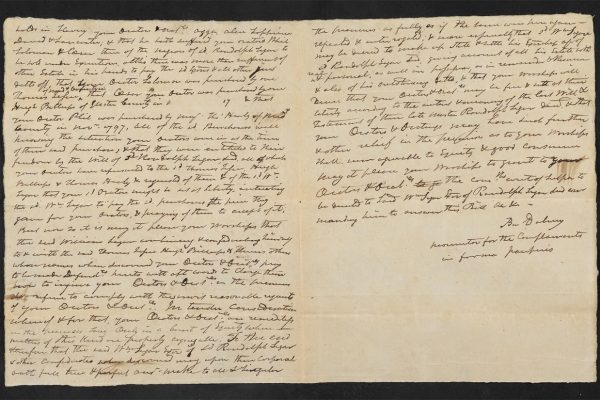 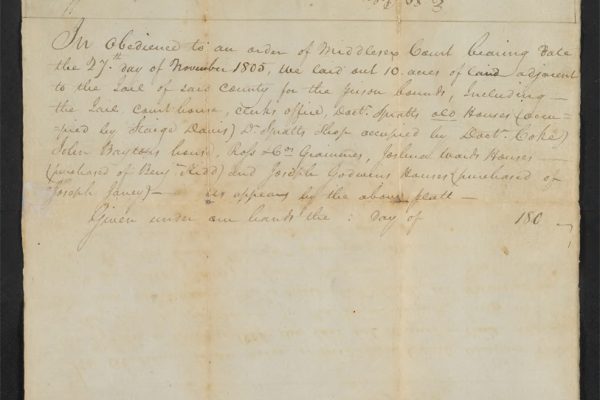 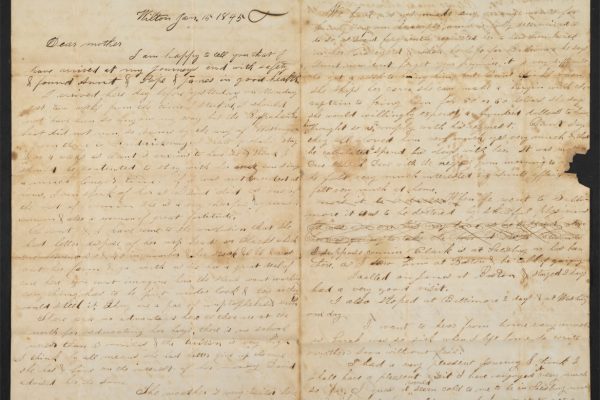 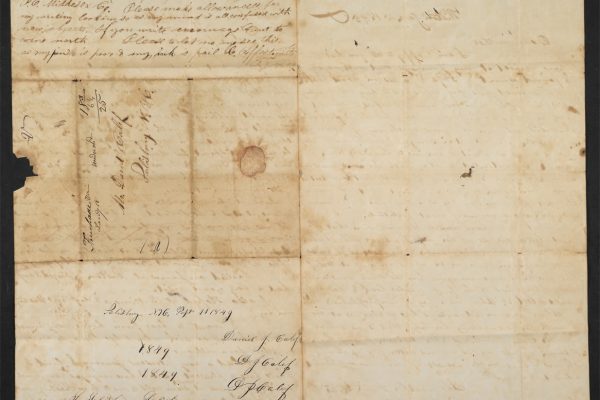 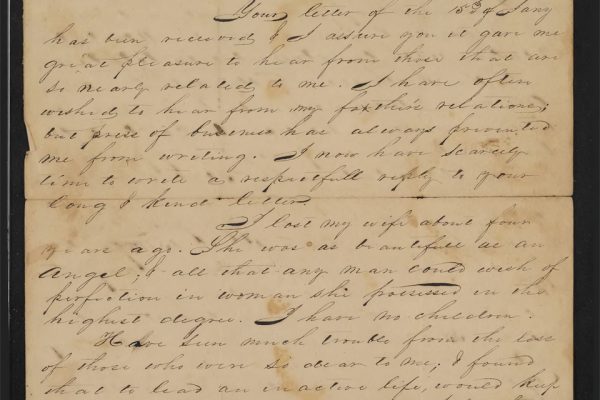 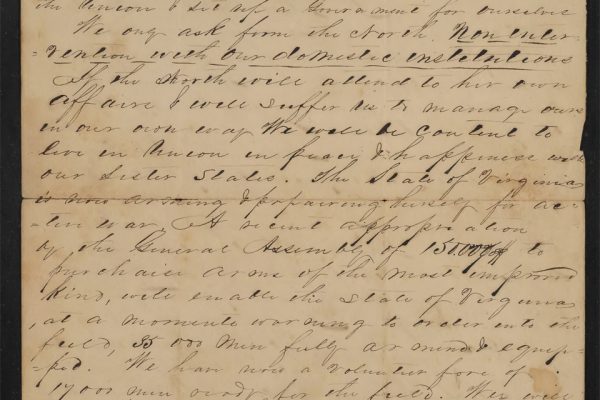 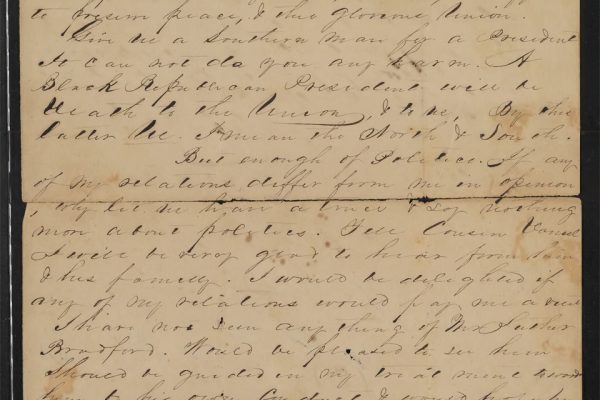 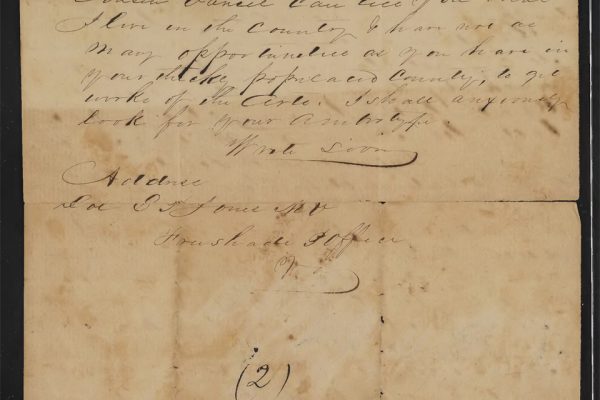 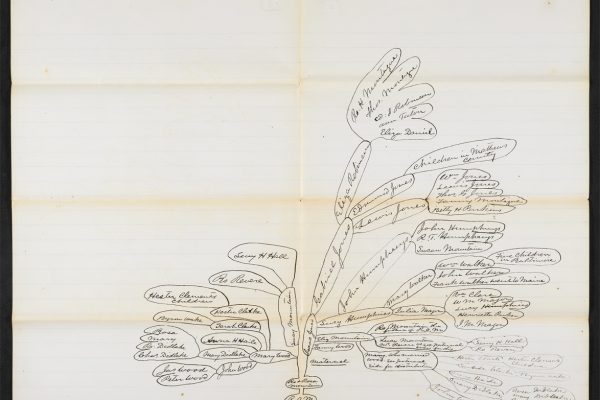 The Middlesex County chancery causes are also a valuable source for family and social history. Correspondence in these cases provides detailed accounts of life in the 18th and 19th centuries. For example, Administrator of Elliott P. Jones, vs. Laurence Bayne, etc., 1884-014, contains several letters discussing the affairs of the Jones and Calef families and also airs their views on race and slavery. On 15 January 1845, Daniel J. Calef wrote to his mother about advising his Aunt Sally Calef “to dispose of her nap heads or Blacks,” and he went on to write, “you can’t imagine how the slaves want waching [sic]. Everything has to be put under lock and key or they would steel it. They are a pac of unprophetable servents [sic].” On 26 February 1860, Elliot P. Jones wrote to his cousin about the approaching Civil War—Virginia is “now arming and preparing herself for active war…. I hope to God we may not have to use our men, but if the North is determined to force upon us a Black Republican President, then I am willing, ready, and anxious for the conflict.”

The Middlesex County Chancery Causes, 1754-1912, join the growing list of localities whose chancery causes have been digitally reformatted and made available through the LVA’s innovative Circuit Court Records Preservation Program (CCRP), which seeks to preserve the historic records of Virginia’s circuit courts.