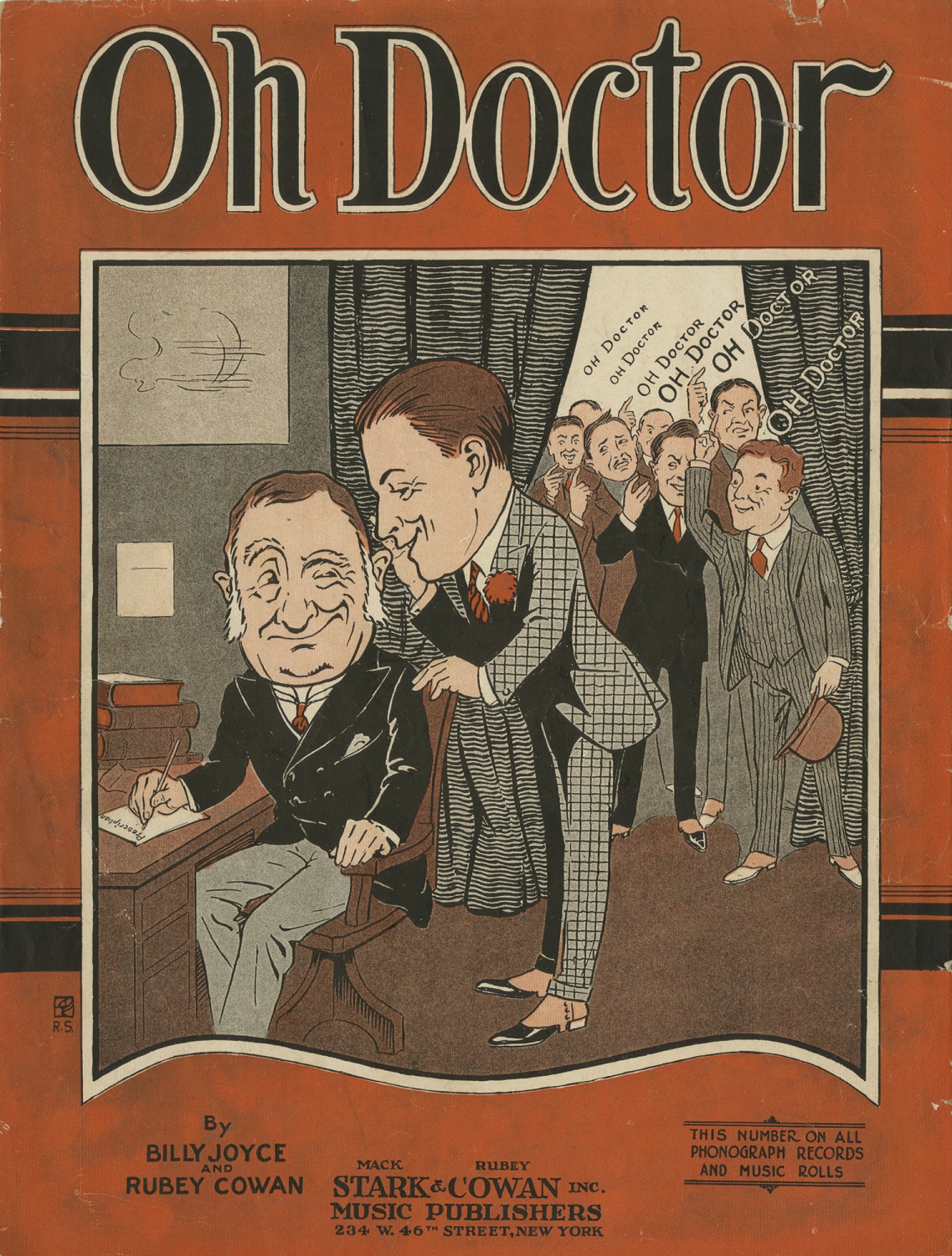 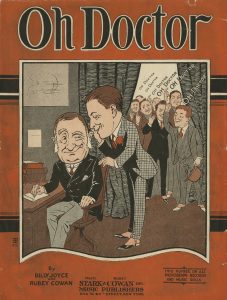 Just over a century ago, Virginia faced another global pandemic, the 1918 Influenza (commonly but misleadingly called the “Spanish Flu.”) However, citizens of the commonwealth had to face that crisis without the comfort of alcohol. While the 18th Amendment, instituting a national prohibition of alcohol, would not be passed until January 1919, Virginia had instituted a state-wide ban on alcohol in 1916. There were exceptions to this ban, including religious purposes. Doctors could prescribe alcohol to their patients, and the spread of the flu led many Virginians to seek out whiskey for medicinal purposes. Several went so far as writing to Governor Westmoreland Davis, requesting that he distribute confiscated whiskey to flu patients. Davis invariably redirected these requests to J. Sidney Peters, the head of the Virginia Prohibition Commission. 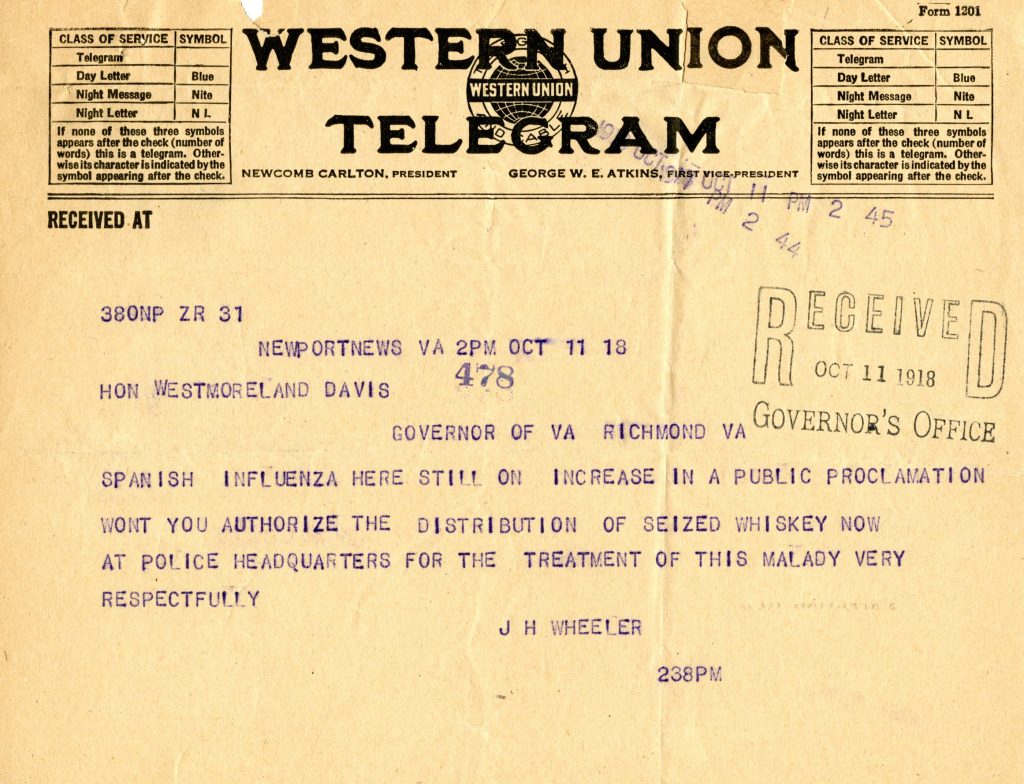 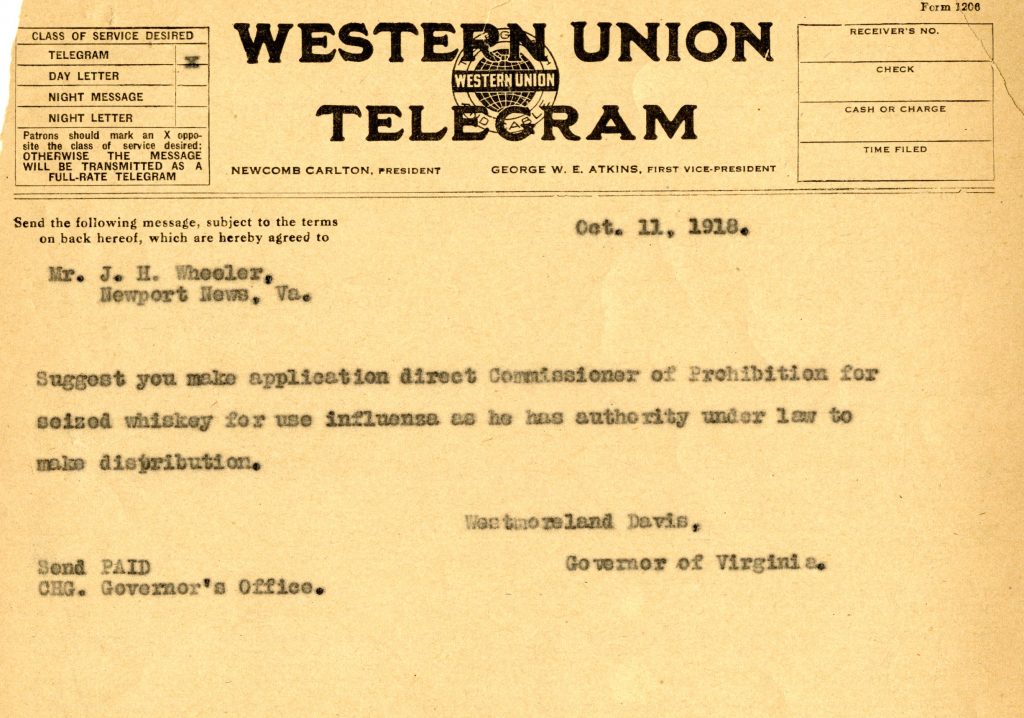 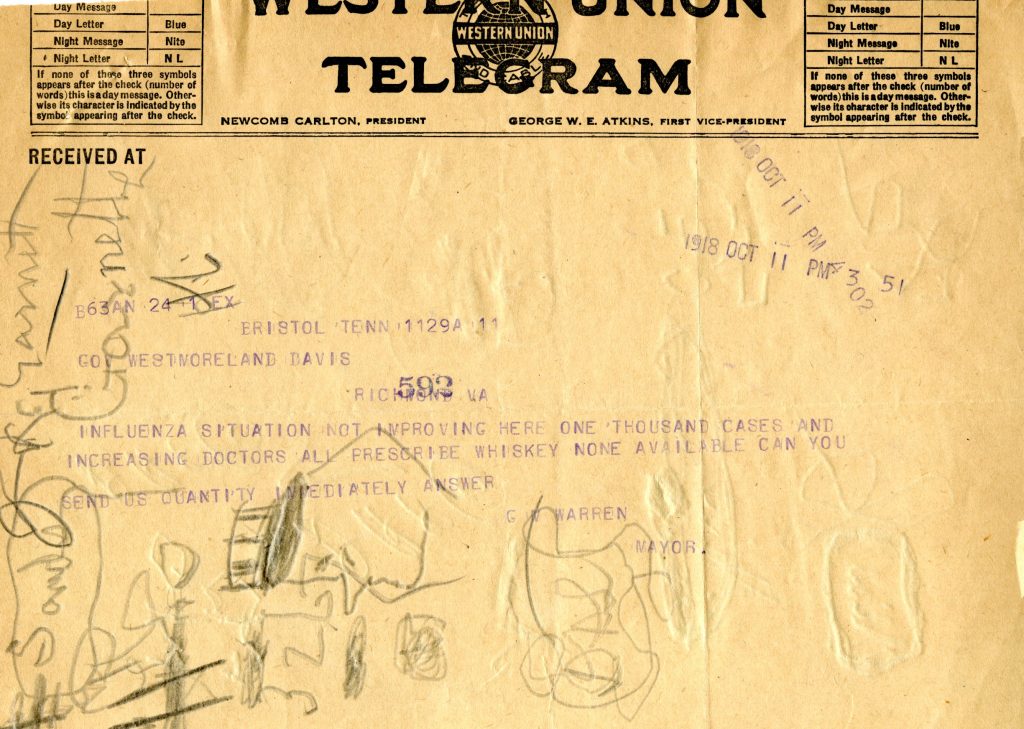 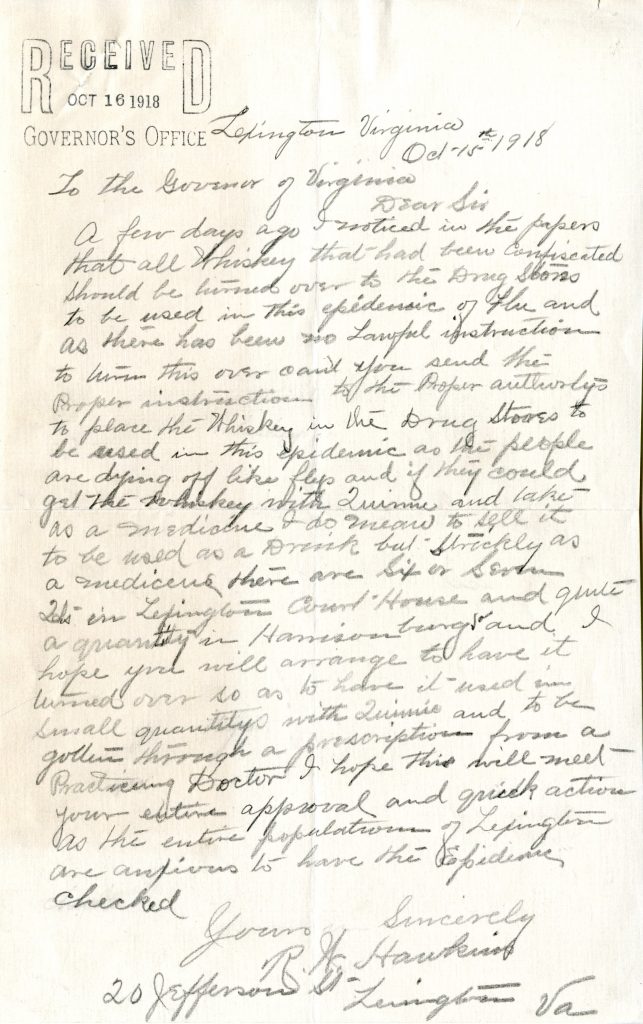 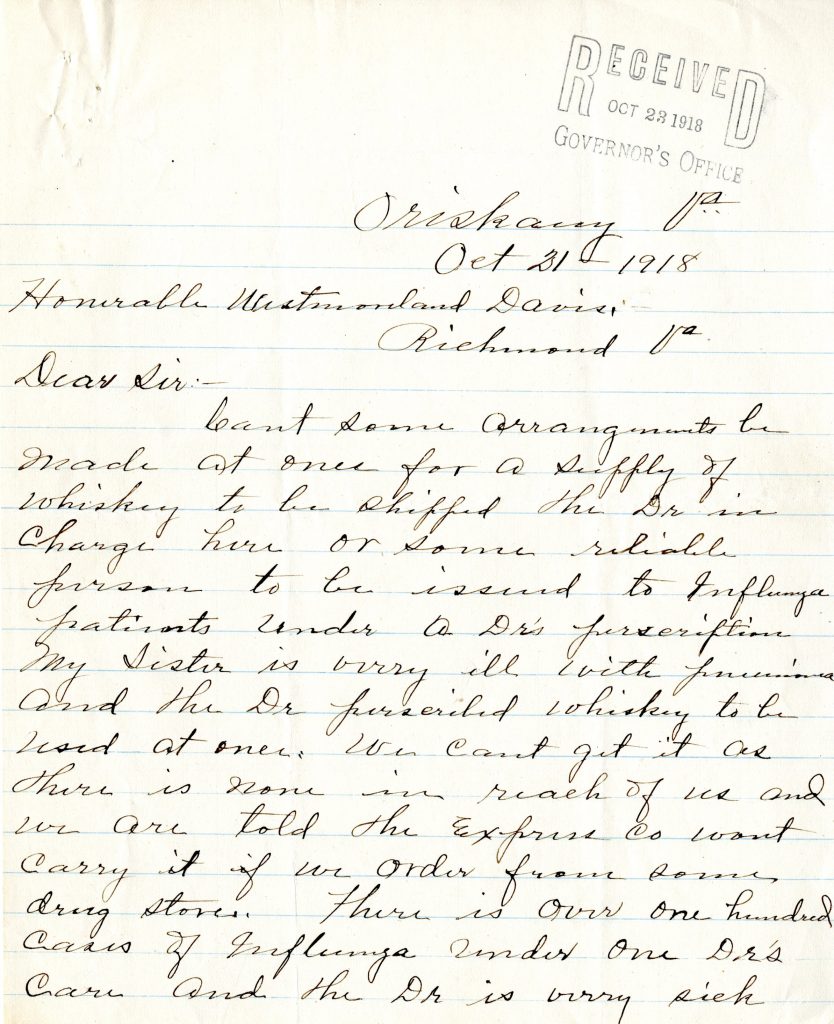 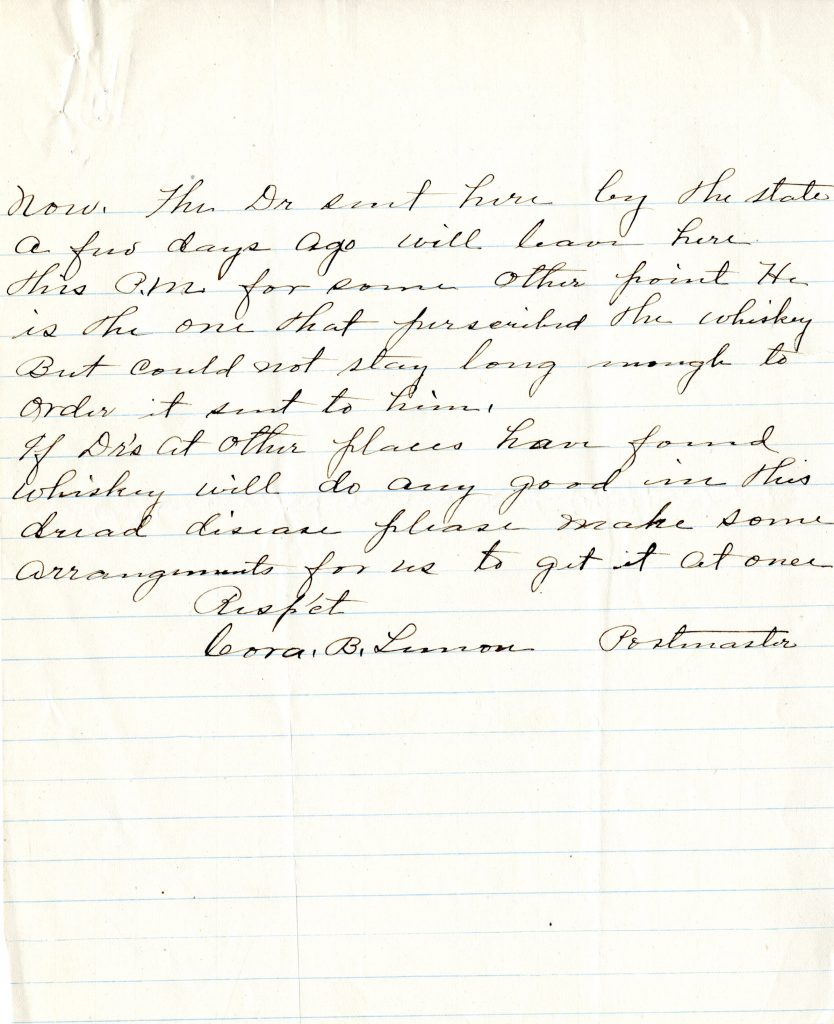 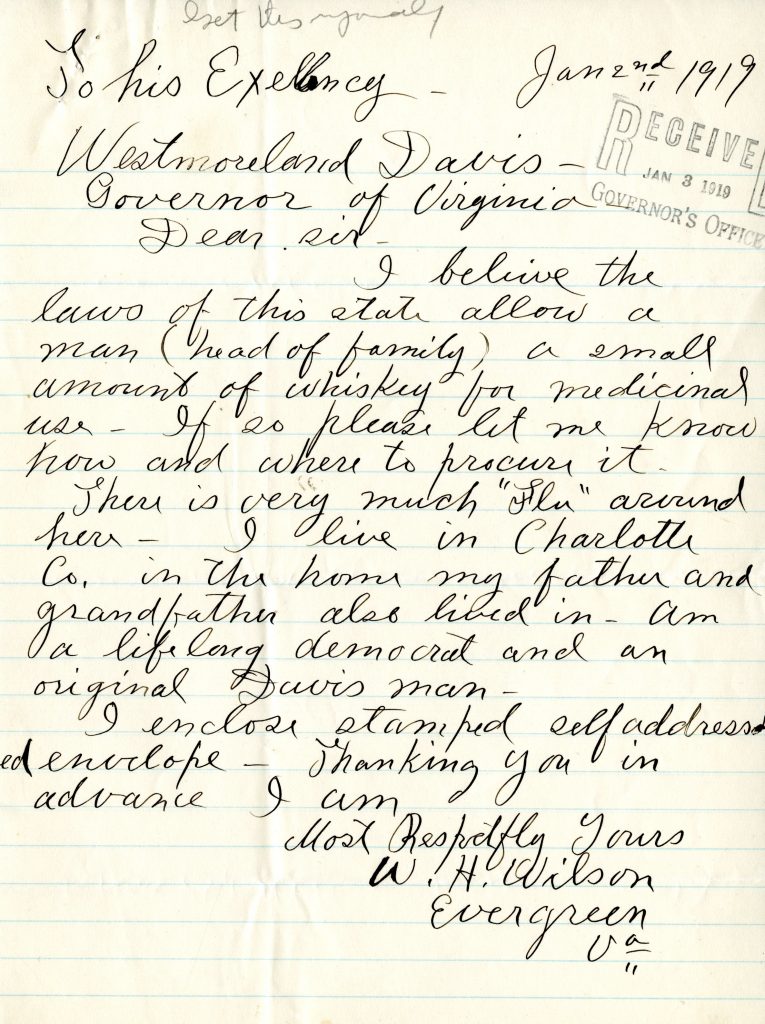 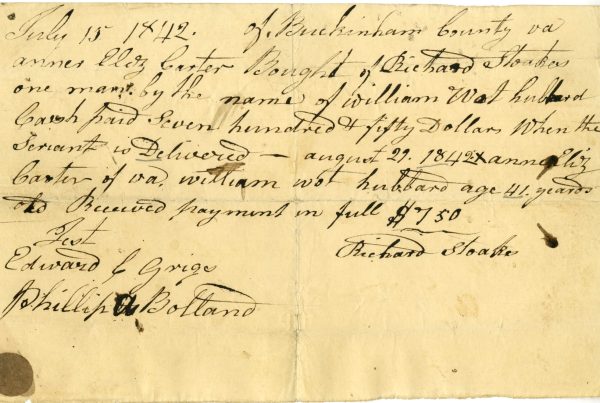