By Mari JulienneJanuary 5, 2022No Comments

The Library of Virginia’s current exhibition, Columbia Pike: Through the Lens of Community, highlights the vibrant and diverse community of Columbia Pike in Arlington County. For more than two hundred years, Columbia Pike has connected northern Virginia and Washington, D.C. Congress chartered the Columbia Turnpike Company in 1810, when the nation’s capital was only twenty years old, to better integrate the new city into the economies of neighboring Maryland and Virginia.

Benjamin Henry Latrobe chaired the commission charged with laying out the road, which ran from the Long Bridge at the Potomac River to Little River Turnpike at the town of Annandale. At two toll gates keepers collected payments, including 12 1/2 cents from every rider on horseback, 50 cents from all carriages drawn by four horses, and 20 cents for every twenty sheep or hogs that were transported along the turnpike. For much of its two centuries, Columbia Pike ran through rural areas of Fairfax County and Alexandria County, which was part of the District of Columbia until it was retroceded to Virginia in 1847; it was renamed Arlington County in 1920. 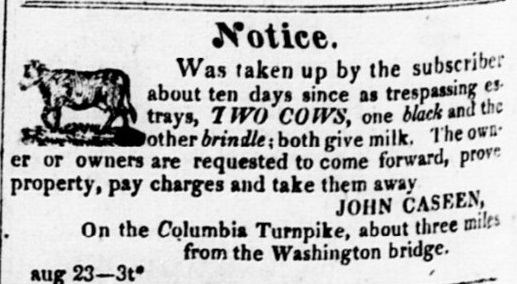 John Caseen's 1828 announcement of finding two lost cows at his property on Columbia Turnpike illustrates its rural nature during the 19th century.

During the Civil War, the United States Army controlled Alexandria and many enslaved people in the vicinity seized their freedom and settled at Freedman’s Village, which had been established in 1863 on the Arlington estate property that had been owned by George Washington Parke Custis. Afterwards, African American communities grew up in the vicinity of Columbia Pike in the eastern part of the county. When the first electric railway in northern Virginia was built in the 1890s, the ease of travel by trolley and the paved Columbia Pike spurred further residential development.

Columbia Pike travels southwest out of Washington, D.C., on this map of fortifications around the city during the Civil War.

E. G. Arnold, Topographical map of the original District of Columbia and environs showing the fortifications around the city of Washington, 1862, Library of Virginia.

As a result of its proximity to Washington, D.C., and the high amount of traffic traveling it, the Arlington County section of Columbia Pike became a location for experimental road maintenance techniques in the 20th century. In 1921 it was the first road constructed with Continuously Reinforced Concrete Pavement, which was later used in building interstate highways.

World War II had a profound impact on Columbia Pike, as the construction of the Pentagon resulted in the destruction of homes and businesses at the road’s eastern end. The massive growth in the size of the federal government during and after the war led to a construction boom of apartment complexes and shopping centers. Columbia Pike evolved into the “Main Street” of southern Arlington County, becoming an auto-oriented suburban strip plagued by traffic congestion with an average daily traffic count of more than 25,000 in 2019. 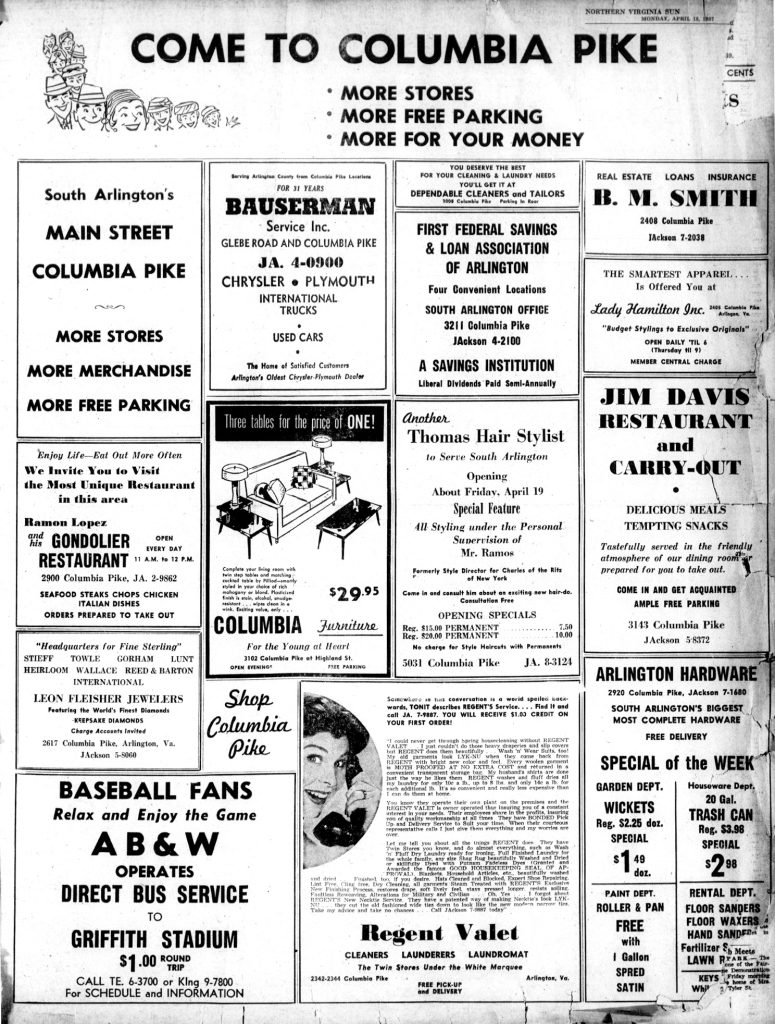 Merchants on Columbia Pike boasted about the quantity of stores and free parking in advertisements of the 1950s.

Beginning in the 1970s, the population of the Columbia Pike corridor changed dramatically. In Arlington County, the census recorded 7,063 foreign-born residents (4.3% of the total county population) in 1960. Forty years later that number had climbed to almost 53,000 (27.8%) as the foreign-born population grew four times faster than the county’s overall population. The area around Columbia Pike became the county’s most diverse region, with a non-white population of about 65% in the 2010s. Refugees from Vietnam, Laos, and Cambodia in the 1970s were followed by people fleeing violence and civil war in Central America, the Middle East, and eastern Africa in the 1980s and 1990s. During the 1990s, more than 7,800 immigrants from more than 120 countries settled along Columbia Pike, with the greatest numbers coming from El Salvador, Bolivia, Vietnam, and Ethiopia. 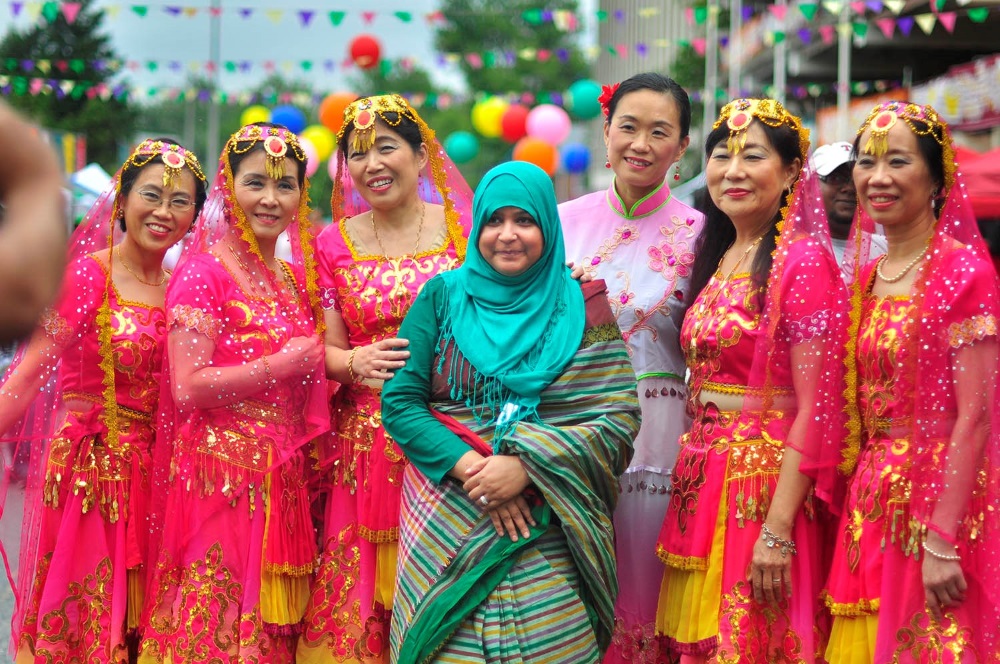 The Bangladeshi-American community held its first Prio Bangla street festival in Arlington in 2012. It has since expanded into a cross-cultural event that has included Mexican dancers, Appalachian cloggers, and Bolivian dance troupes. 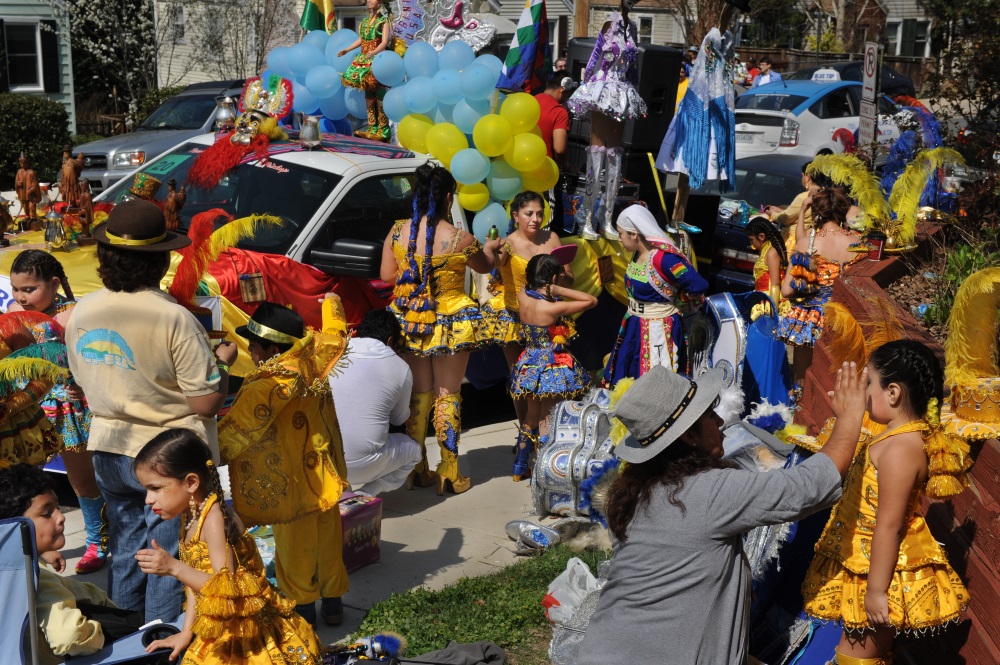 The vast diversity of cultures concentrated in the three-mile stretch of Columbia Pike inspired photography teacher Paula Endo to document daily life there. With a group of two dozen Arlington students she created the Columbia Heights West Teen Photo Project in 1996. The project later joined forces with photographer Lloyd Wolf, and the resulting Columbia Pike Documentary Project has continued chronicling the unique character of the community along the Pike. In 2021, the CPDP donated thousands of its photographs to the Library of Virginia, more than seventy of which are featured in our exhibition, Columbia Pike: Through the Lens of Community, on view in the Library’s gallery through 8 January 2022.

“Columbia Pike visually is a pretty ordinary strip development that you could see in many places in the country, but the people who are living there are from all over the world.”

Listen as photographer Lloyd Wolf talks about three photographic works from the Library’s Columbia Pike: Through the Lens of Community exhibition. 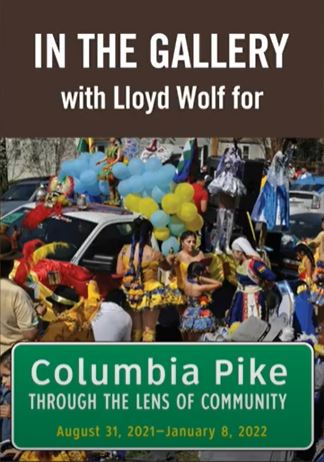 Columbia Pike: Through the Lens of Community (Exhibit) 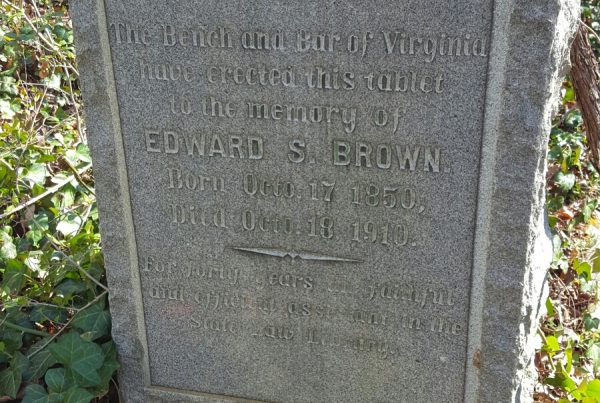 History is Evergreen and Ever-Evolving 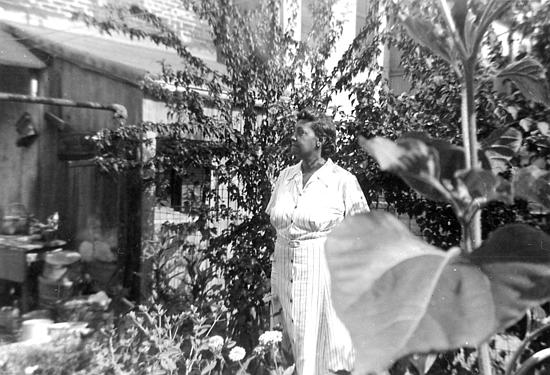 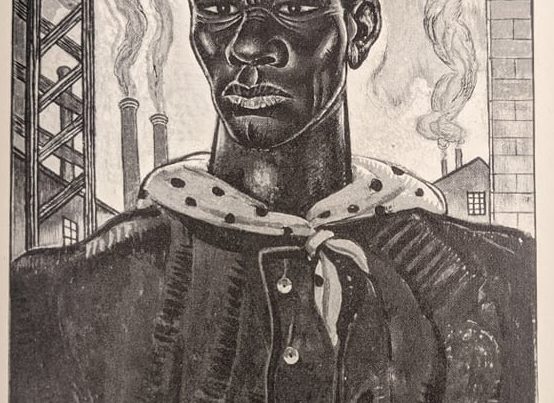